Turns out, you *can* make a rabbit from an egg… 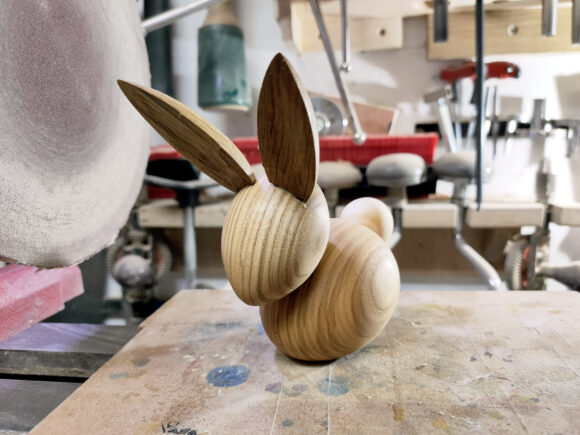 I like a lot of Rebecca DeGroot‘s stuff, it’s very nicely weird and creepy.

So when she did a how-to video for making an easter rabbit, I thought I’d have a go.

So, first up, turn the body and head from some sycamore spindles I had after the snowman production line at solstice. The head and body are basically just eggs…

The ears are made as a long pointy egg as well, but from a blank which is a glue-up with a piece of paper between the two halves.

Similar to how you’d do an inside-out turning blank, but just two pieces here instead of four or more. Once the shape is turned, you just split the shape along the paper line and sand off the remaining paper (newspaper will do, but any heavy paper works well).… Read the rest 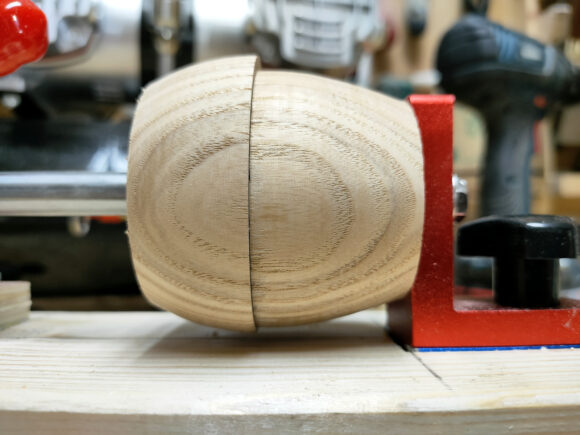 Made my first pen a little while back, and while it didn’t turn out too badly, using a woodworking vice to press the pen parts together was a bit janky at best and I didn’t find using the tailstock on the lathe much better.

Thing is, dedicated pen presses are spendy. The basic axminster one is fairly straightforward:

But that’s €75 and that’s not a rip-off pricing either, that’s from the carpentry store and they don’t charge much more than you’d pay buying from the source and shipping it. And fancier ones get spendier – the “deluxe” one is 115 euro (and I can’t even find the basic one in stock anywhere right now). And going to China’s cheapest didn’t help – the lowest price I could find was $45 but with another $25 in shipping.… Read the rest 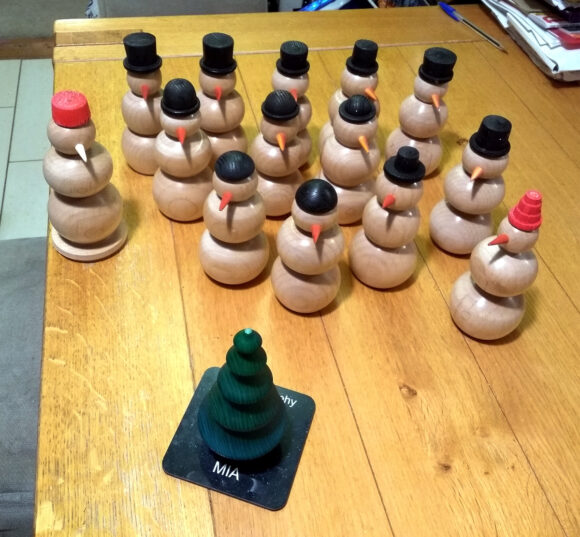 At that time, and at the moment, they’re one of the most economical (ie. I was being cheap) sources, but only for spindles. I mention this because we’re now two days from Brexit kicking in across the water in the UK, and already the costs of importing blanks from my normal source at HomeOfWood.co.uk has jumped (though not as much as it has for his continental customers). It’s a very small complaint compared to what’s coming, but the woodworking hobbists here in Ireland may be facing into having to find either local suppliers or continental ones, so costs may be rising right as we face into the damage done by the covid pandemic to our economies.… Read the rest