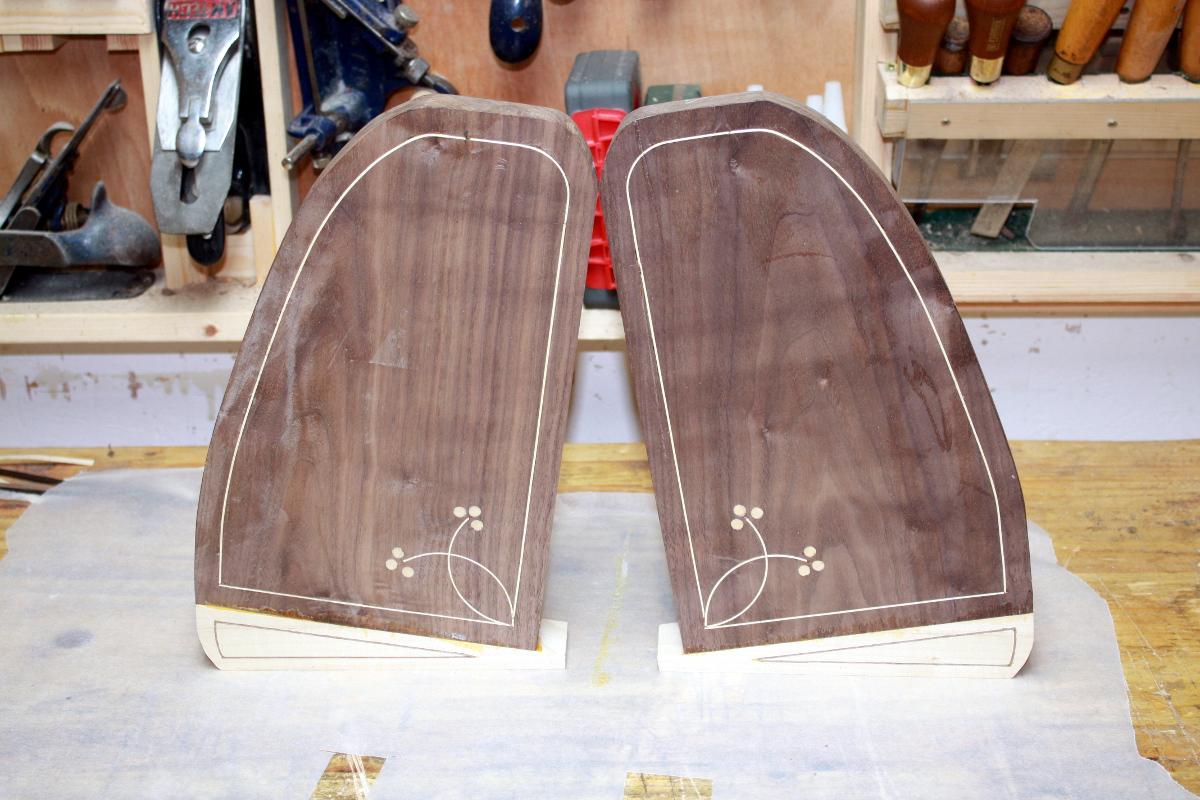 The resawn beech from yesterday is holding up well… 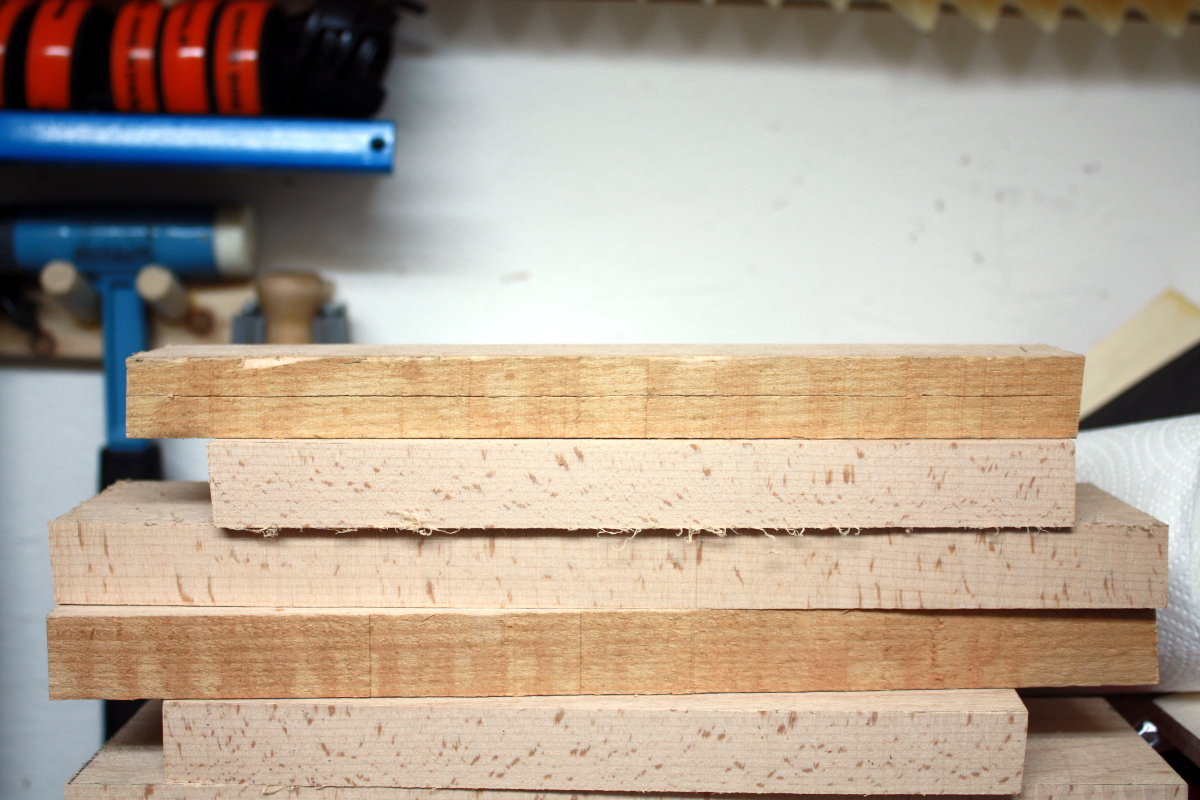 But never mind that, time to focus on the glueup from yesterday. It went reasonably well despite the fiddliness of the clamping. 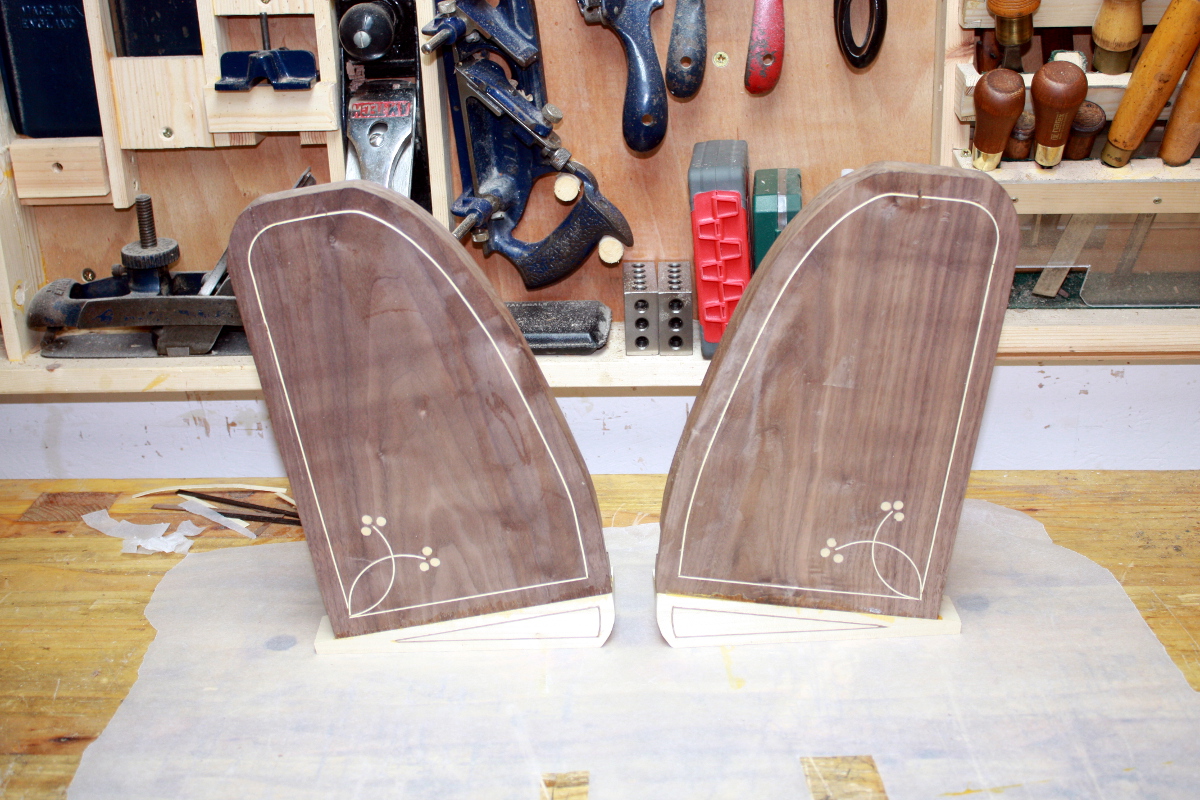 They don’t look even from that angle, but they are: 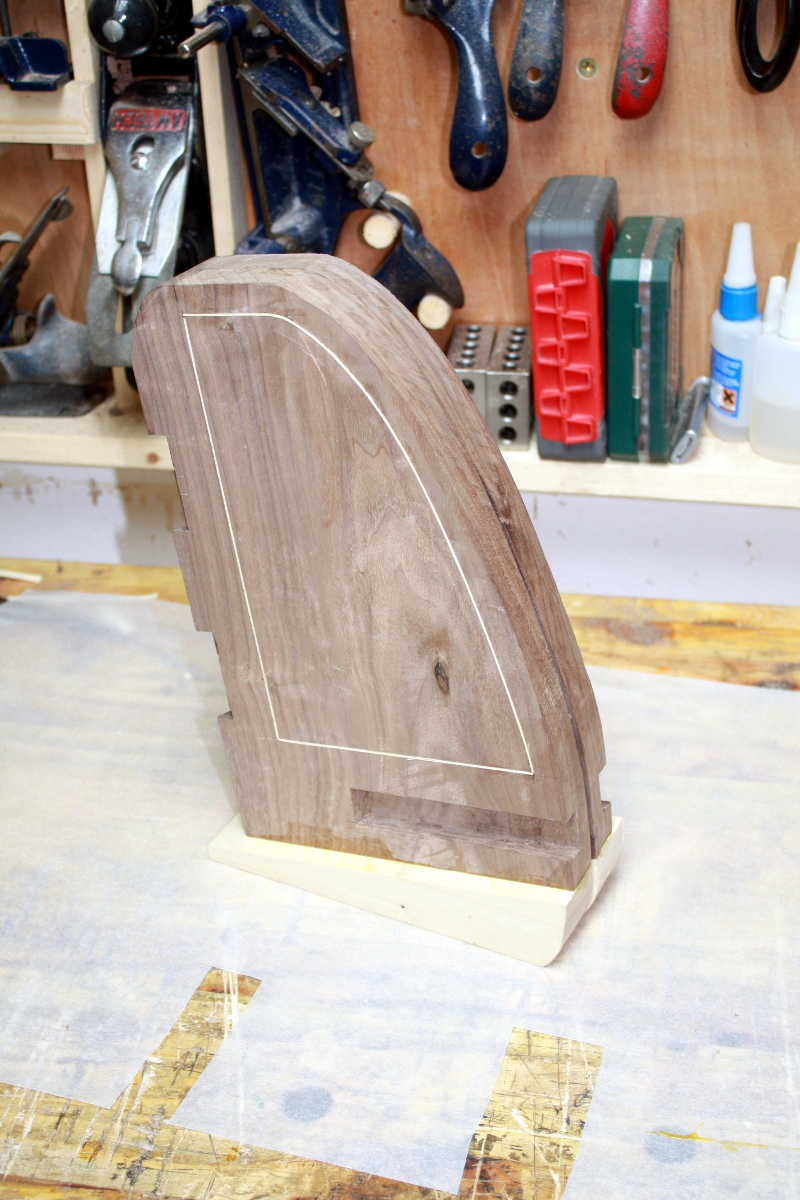 There’s some squeeze-out and the join needed some fettling to get it properly smooth, and I suspect I’ll be running round the piece with a chisel checking arises before finishing, but it’s not too bad. 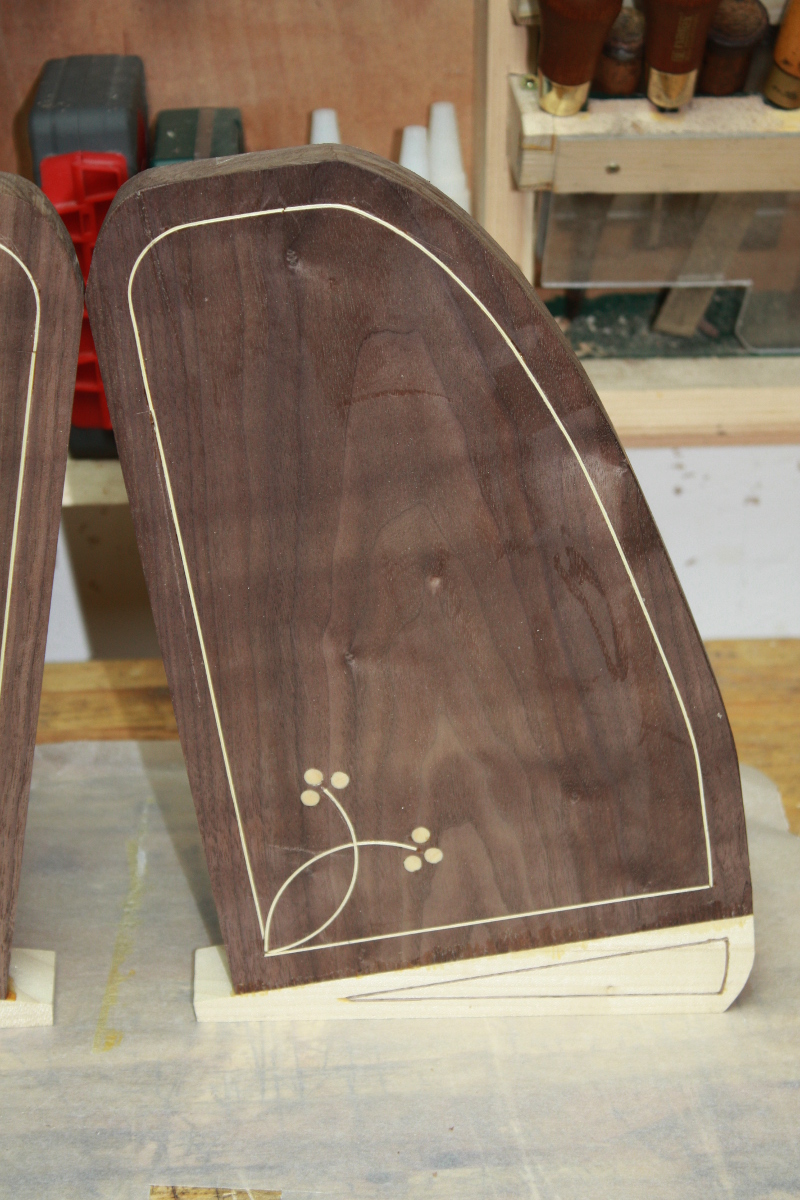 It’ll be interesting to see it with finish on. But today’s task is the final glue-up so I did a dry-fit and some inevitable tweaking and then did a dry rehearsal and then prepped to glue up: 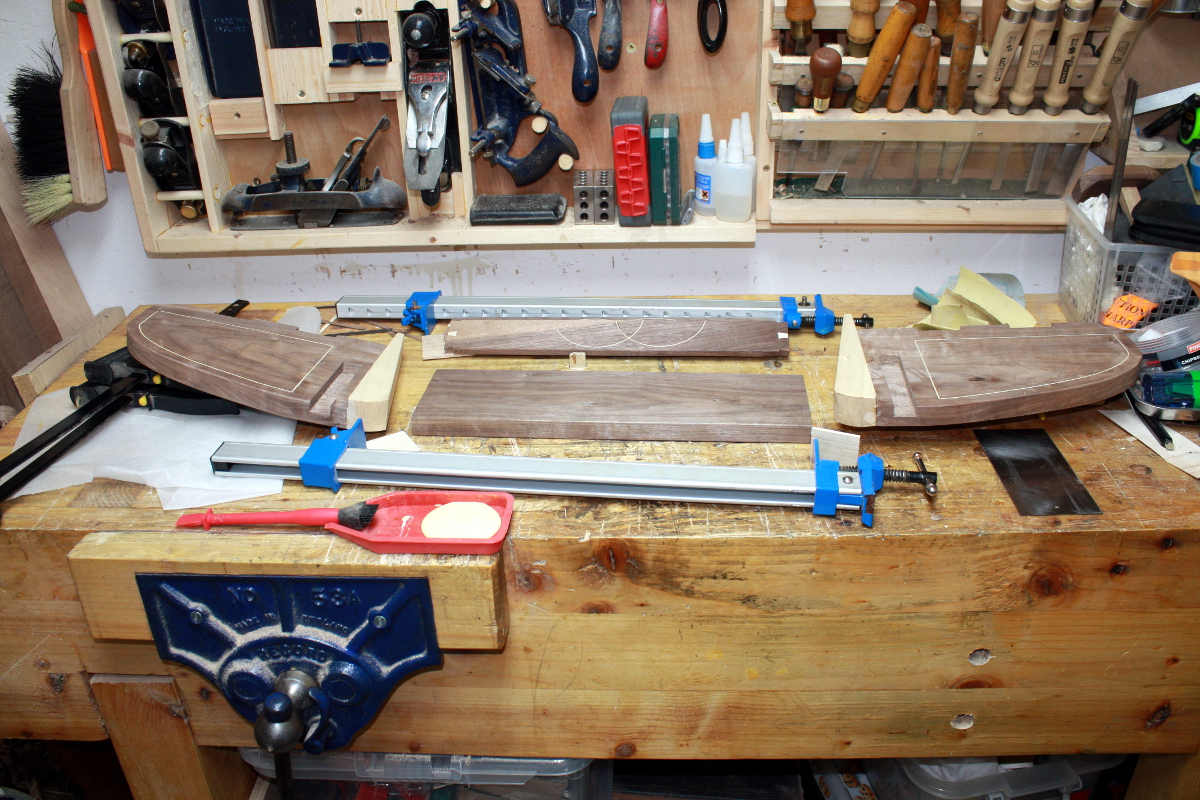 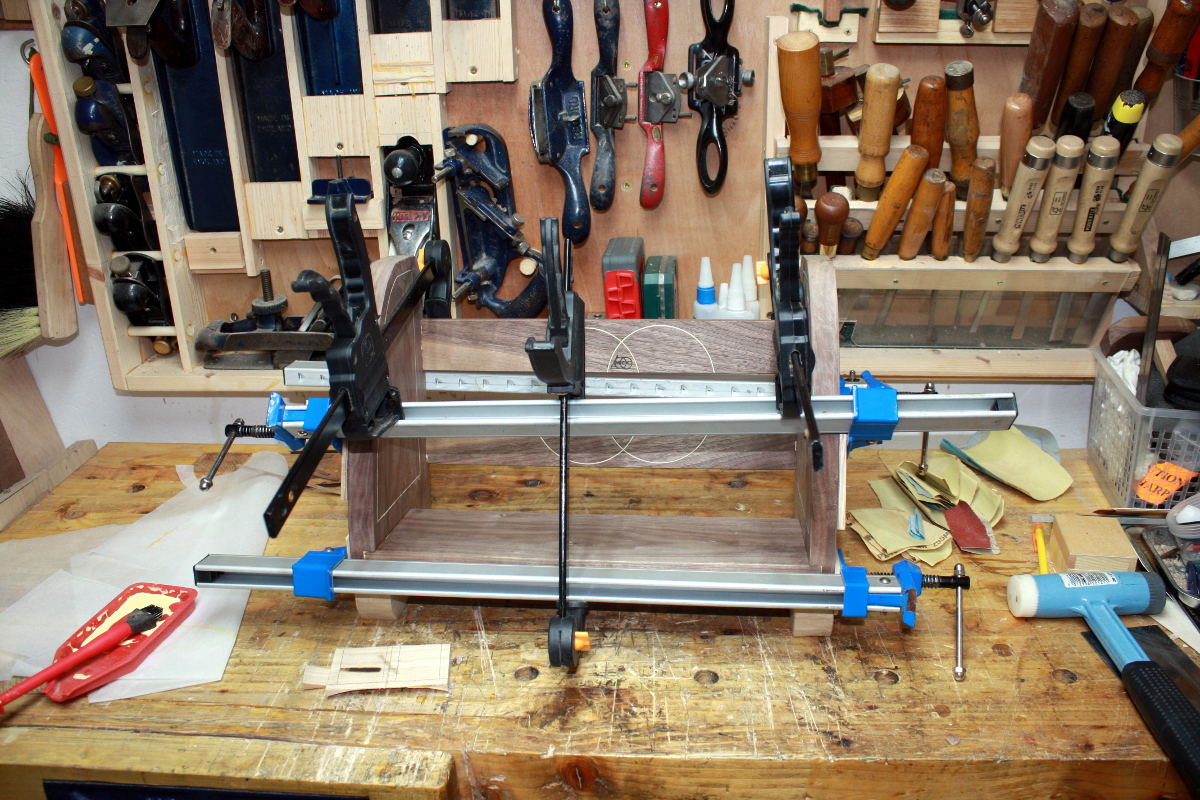 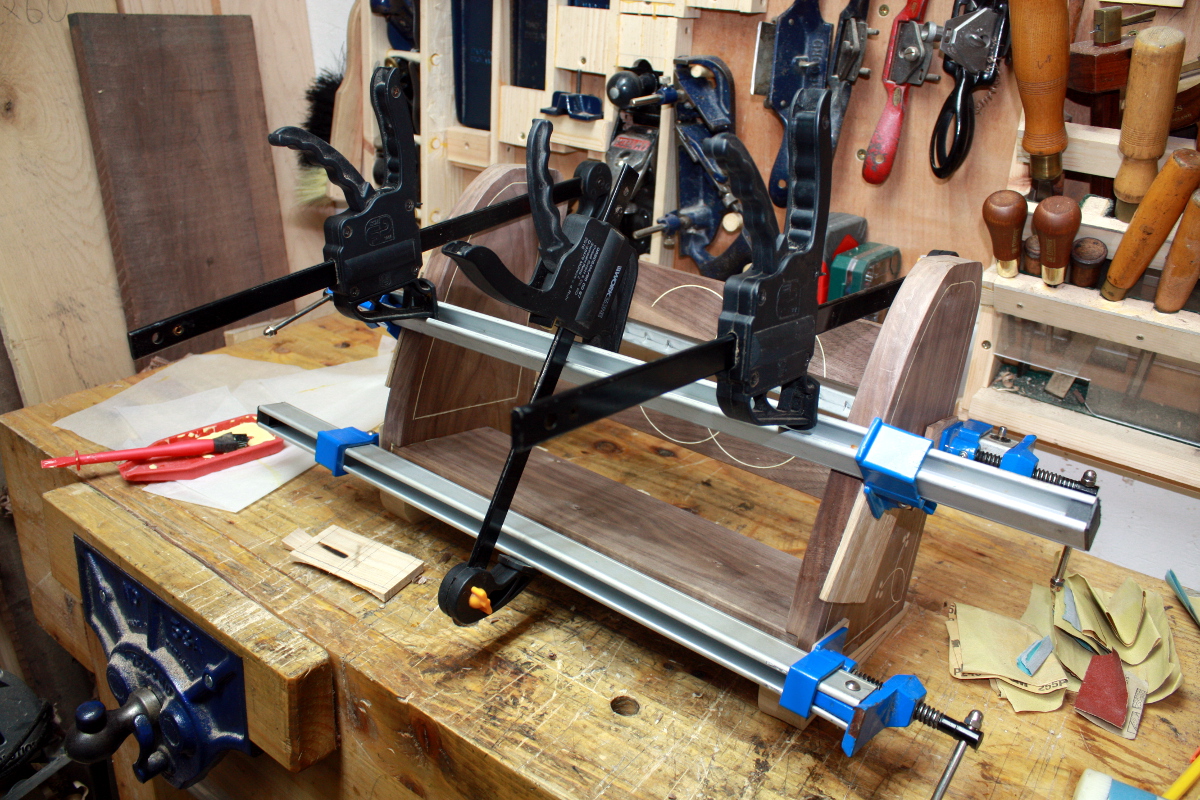 We’ll see how that went tomorrow…… Read the rest 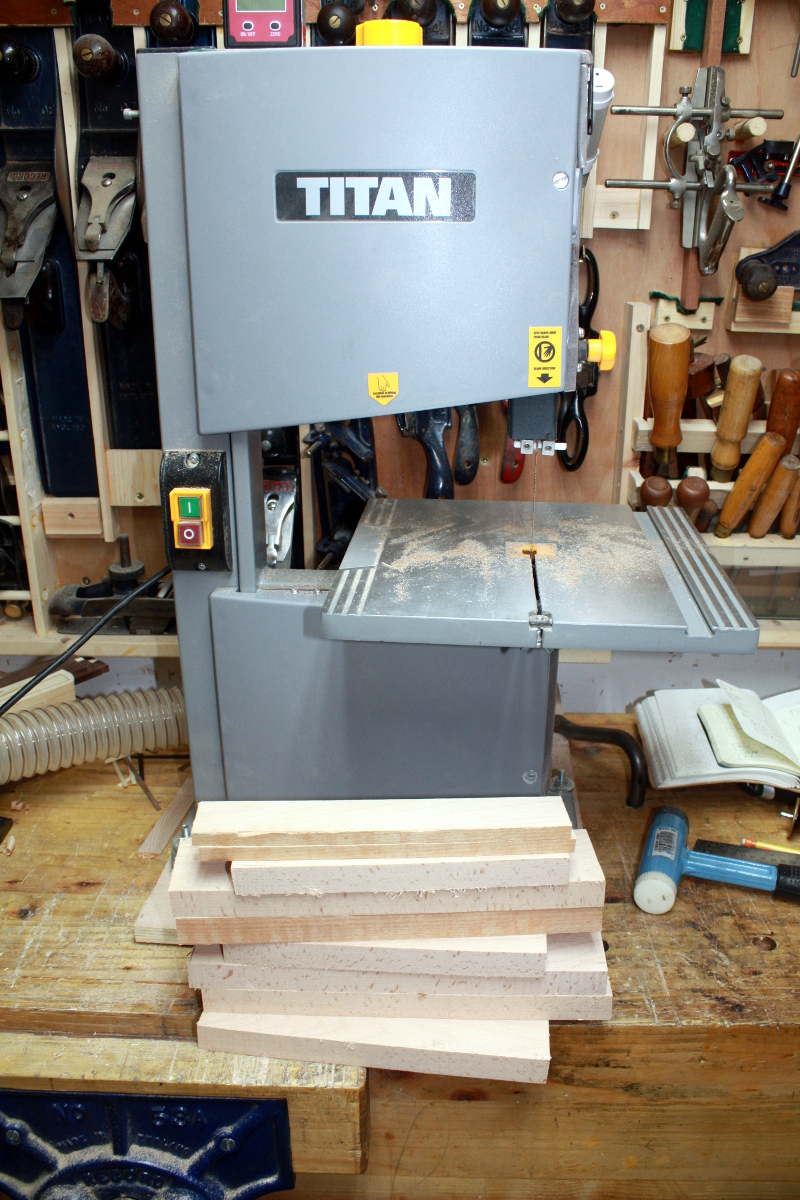 While wrapping up the stringing and preparing to glue and finish the latest project, I got some time to do the initial rough-cut of the pieces for the next project; which is to take the roughest thing that’s ever come out of the shed and remake it with a bit of refinement 😀 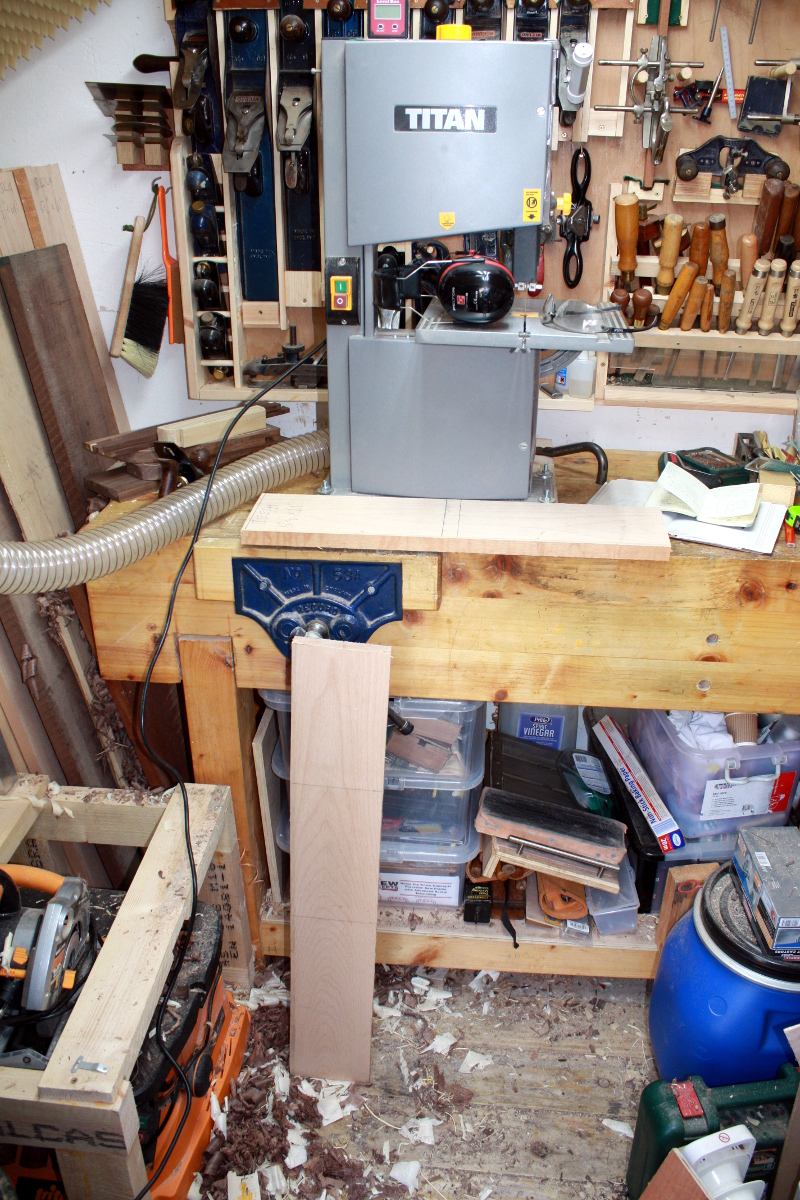 A quick hacking with the large ryoba broke these down to approximate length, and then some quick ripping with the bandsaw… 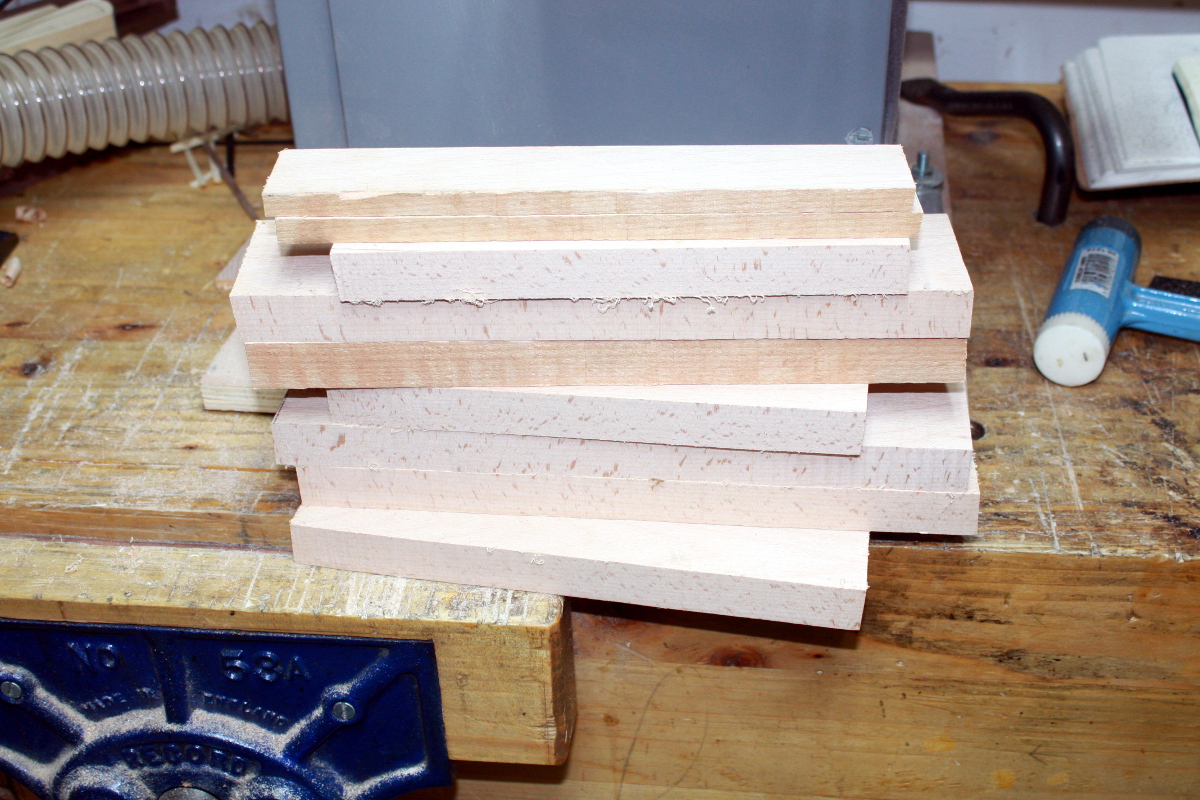 And that’s the rough stock almost ready. I want to see if I can resaw this (it’s some nice beech bought a while back in the timber yard, but I’ve not worked with this before and beech apparently has a reputation for movement). So I resawed one of the off-cuts and I’ll see how that moves over the next few days while I finish the stringing project.… Read the rest 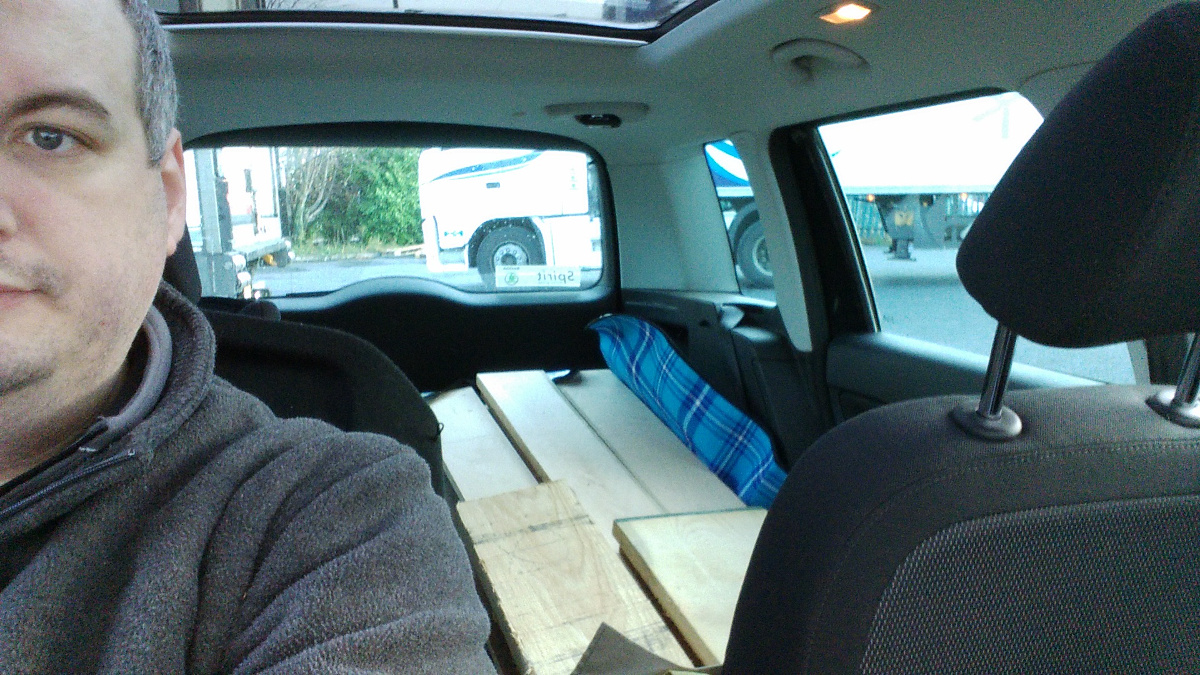 Looooong day. I had a callout over the weekend at midnight on Saturday so I had a few hours off in lieu that I took this morning to go to the timber yard. One of the next projects coming up could use some 8/4 oak so my shopping list was a 6-8″ board of 8/4 oak between 8′ and 12′, an 8-9″ board of 4/4 oak around the 12′ mark, and possibly the same two boards again in walnut. And I thought I’d take a look at the beech and get a small board of that to try working in it.

You know how plans rarely survive contact with reality?

So, Brexit. And now any timberyard here in Ireland has a choice – either get hardwoods direct from the continent via ship which is more expensive than road haulage; or buy it from the continent and drive it back home through the UK with all the customs hassle on both coasts which is expensive; or do what they’ve done till now and buy smaller quantities from UK timberyards and ship it back on the ferry to here, but now paying higher prices because the pound has collapsed, and next year, paying higher prices again because the UK is having to pay customs duties of 20% or more on their imports from the EU (because the UK does not grow enough timber for itself and hasn’t since the 18th century), and then paying higher prices again because of customs duties re-importing that timber back here.… Read the rest