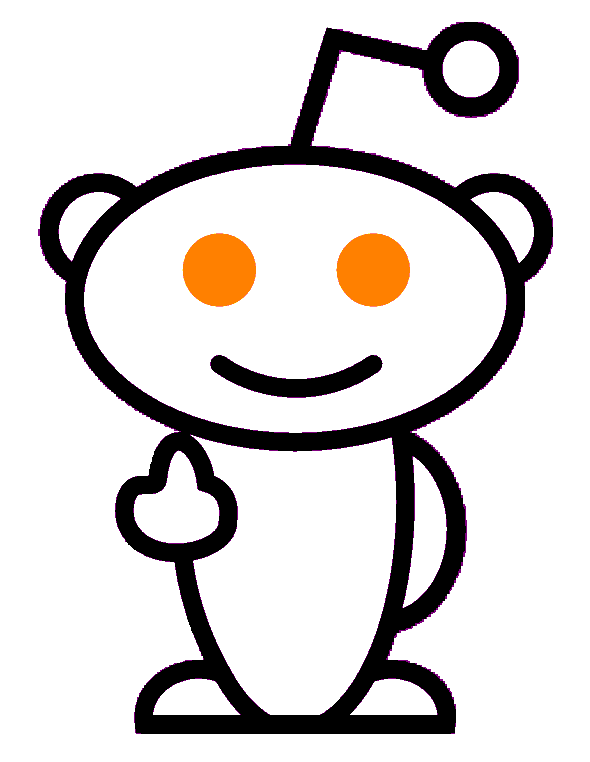 For almost two years now I’ve been reading Reddit and posting material there, mostly in Programming but in other subreddits too. I’ve built up positive karma points there, I’ve never broken the site rules, and I’ve been a fairly regular reader there. A few days ago I posted a review on the new headphones I bought to the audio and headphones subreddits, and there wasn’t a single blip on them – no comments, no votes, nothing. That’s rather rare for reddit, usually there’s something. And then I noticed in the statistics on the blog that I was seeing no referrals from there at all either, which is very odd. I looked at the site and sure enough, there are the posts, so what’s happening?

It’s at this point that I find that noone else can see the posts at all. And I log into my user page from a test browser which isn’t logged into my account and find that my userpage on reddit is giving a 404 error. 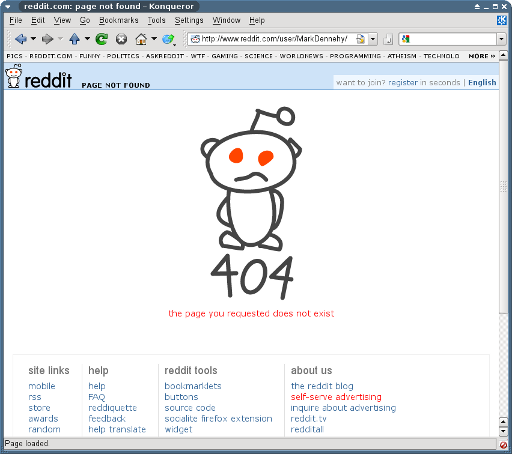 So my first reaction is “what the…?”, and I send a message to the admins of the site asking what’s broken. Twice, in fact.

In the meantime, however, I find that this is apparently standard practice for Reddit — if you’re judged to be at fault, you’re just silently dropped. They call it the zero point ban and as ways of dealing with your userbase go, it’s probably one of the more cowardly I’ve encountered. Here’s how it goes:

So, I have to go digging back through the spam reporting sub-reddit (which I didn’t even know existed this time a week ago) to find I had been accused at all, and since your username isn’t actually instantly visible (it’s in the link, so you have to run your mouse over it while watching the status bar), that’s not a trivial task when someone reports someone else every few minutes:

Once I found that, I thought “Well, okay, at least I can argue my case here so”. Except, no, any comment you make here doesn’t come up because you’re banned by this point. Maybe if you’d been here earlier (as in 19 hours ago when I first found this) you could have argued your case – but because you didn’t get told you were up for review (you weren’t even downvoted by the person who reported you), you didn’t know you were being judged and now you’re right out of luck. So you can comment, and the system even notes that you have commented, but noone else can see your comment.

I might not even be all that annoyed, to be honest, but when you find that your accuser has been less active on the site than you, that he’s built up less karma than you have, that he’s never contributed anything original to the site and has only posted 26 links when you’ve posted over 260 (including some which were in the reddit.com top ten and which have tens to hundreds of thousands of hits) — well, that rankles. It’s just plain wrong. 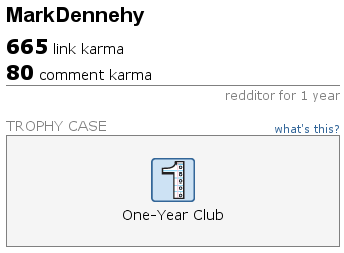 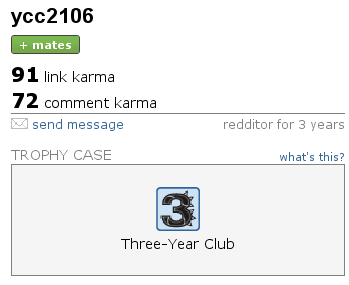 Granted, you couldn’t arrange things so that you must have more karma points than someone to accuse them of something, that just wouldn’t be fair either, but surely it’s only right to let people know they’ve been accused of something, right?

As a way of interacting with your users go, this is not just sub-par, it’s downright sneaky. And the cynic in me thinks that the fact that this requires a minimum amount of work by the admins, and that it still generates site traffic and ad clicks, are motives for either not fixing this, or designing it this way from the get-go, and that’s even more sneaky.

Well, in the greatest traditions of websites everywhere, IYDLIGTFO. Between Digg, StumbleUpon, Mixx, Propellor, Diigo, HackerNews, DZone, Buzz and others, it’s not like there isn’t any competition or alternatives aplenty. And if this is how Reddit treats its users, it’s not someplace to hang out anymore.