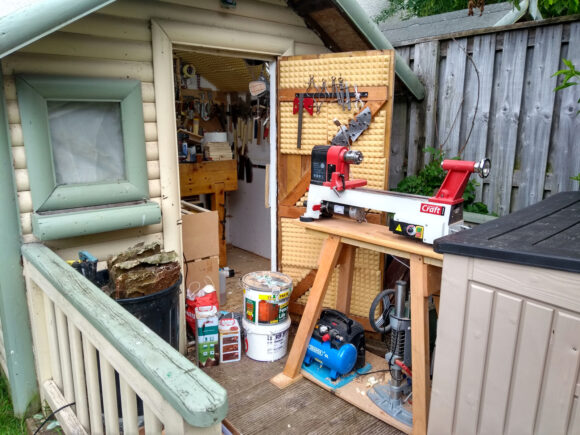 It happens to us all, or so I’m telling myself – you start one project, it gets interrupted by another two which are a little more urgent, you’re playing with something on the side on the lathe because that doesn’t interfere with the bench, and suddenly you’re ankle-deep in shavings and can’t see the bench because it’s covered by six boxes and you can’t reach the tools anymore.

Thought I was exaggerating, didn’t you? So. Where to start. Well, hoovering up and putting things like the grinder back on the wall was the obvious bit, but I was still left with a literal shed-load of clutter on the bench. I tried organising stuff into boxes so that projects-in-motion like the new lathe tooling and such were at least corralled, but it became obvious that, well, this just isn’t very good as workspaces go.… Read the rest 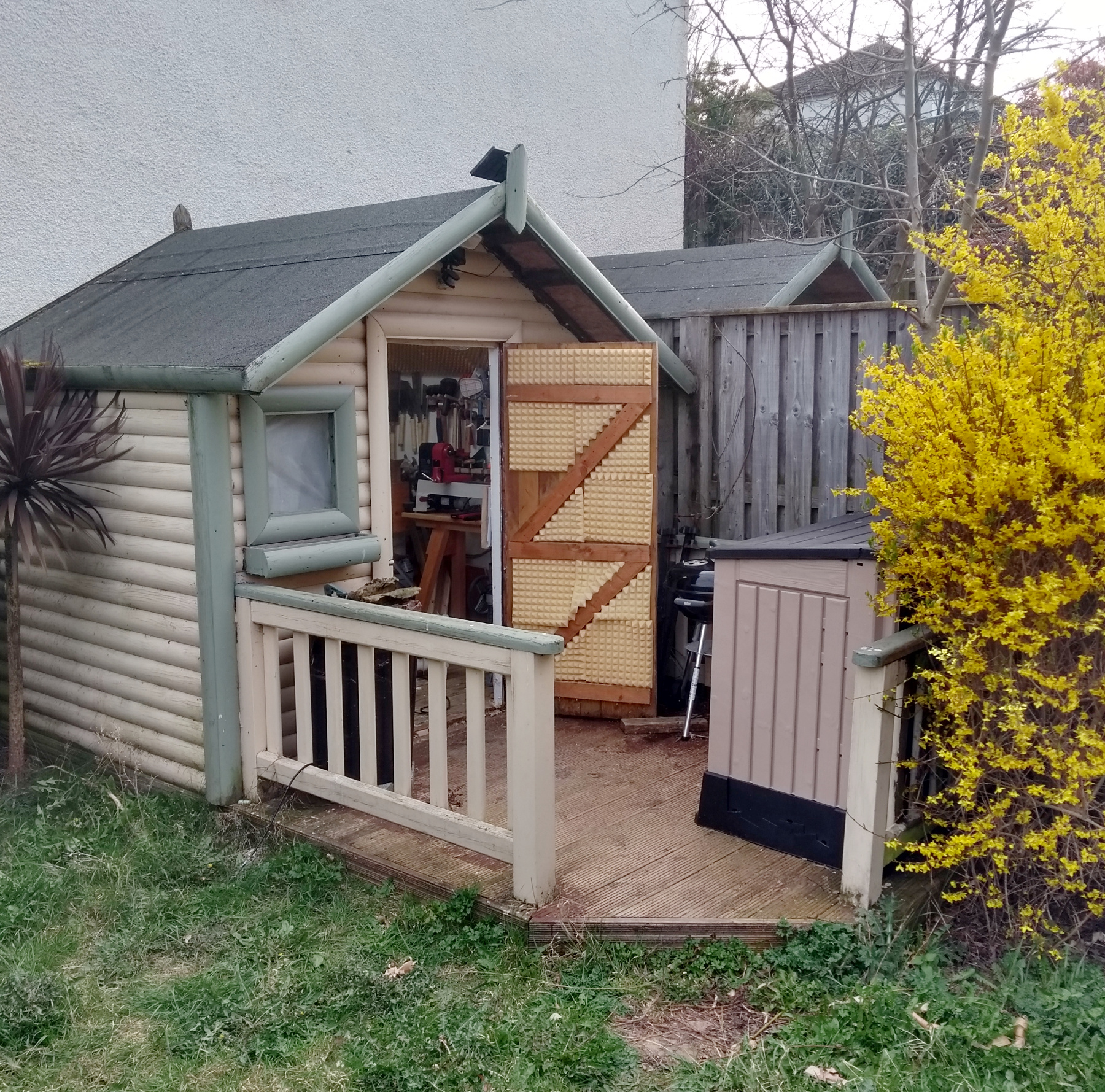 Been meaning to do this for a while. All those shop tours on Youtube, taking an hour to walk round a palacial shop with enough room to store between four and forty of my little shed and still get work done…. meh. I can do that in under two minutes 😀
And since we’re all locked down in Ireland thanks to COVID19 right now…… Read the rest 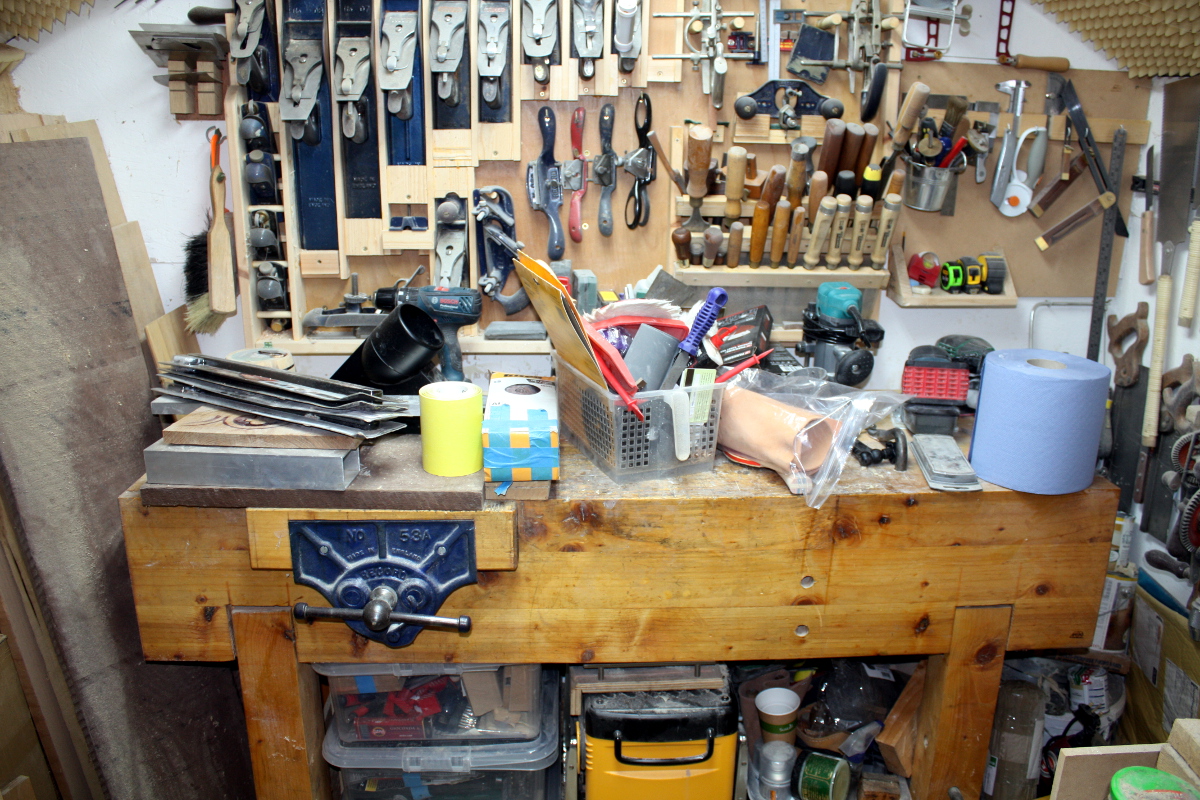 After every long project, the shed is usually a mess – stuff I can’t reach around the piece of work physically to grab and put back in its place, finishing supplies out of their usual storage boxes, sawdust and shavings everywhere, and so on. Stuff you’ll get to when you have a minute. So today was cleandown day after the desk. On with the kneepads, pop out the collapsable garden waste bin (useful little thing that) and I wheeled the bandsaw and sander outside to give room to get all the detritus out, stuff that had built up over the last year or so, including behind and under the workbench and in between the stored wood planks. Long projects are the worst for this sort of thing.

Two hours in, I came to a decision to go through all the scraps and offcuts and get merciless.… Read the rest