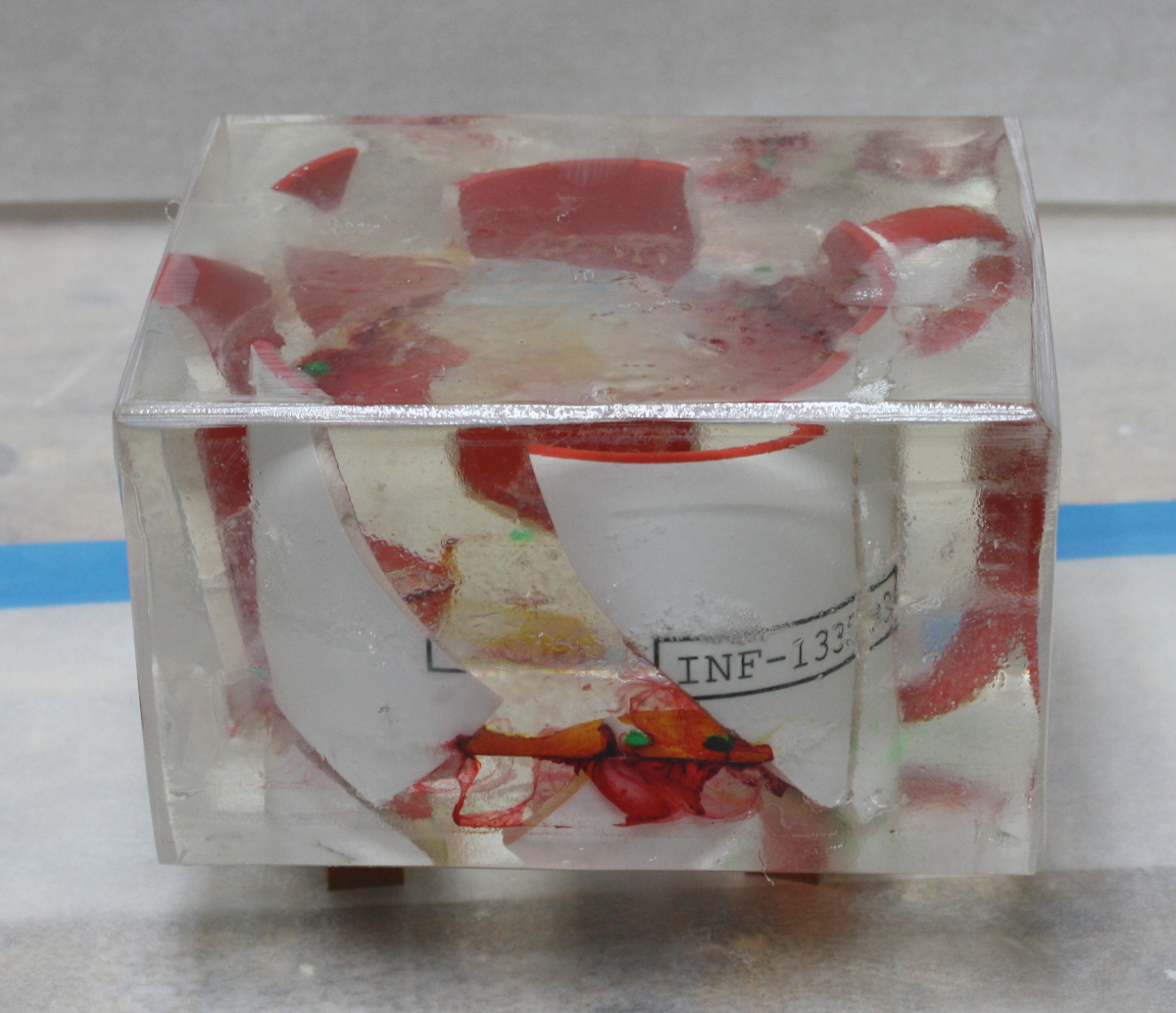 So, one of our team at work went on holiday to Peru and left his mug behind him in Dublin. And was scheduled to return on April 1.

So what happens next is entirely his fault.

You know, it’s harder than you think to shatter a mug using a wedge from the inside out so it doesn’t look like some heathen just belted it with a hammer…

Foamcore mould, held together with packing tape and hotglue.

And now we start the first of several batches of resin…

Holding the pieces in mid-air so they’ll be in the right place when you pour the resin around it, and holding it in place while the resin sets, is a fiddly job.… Read the rest 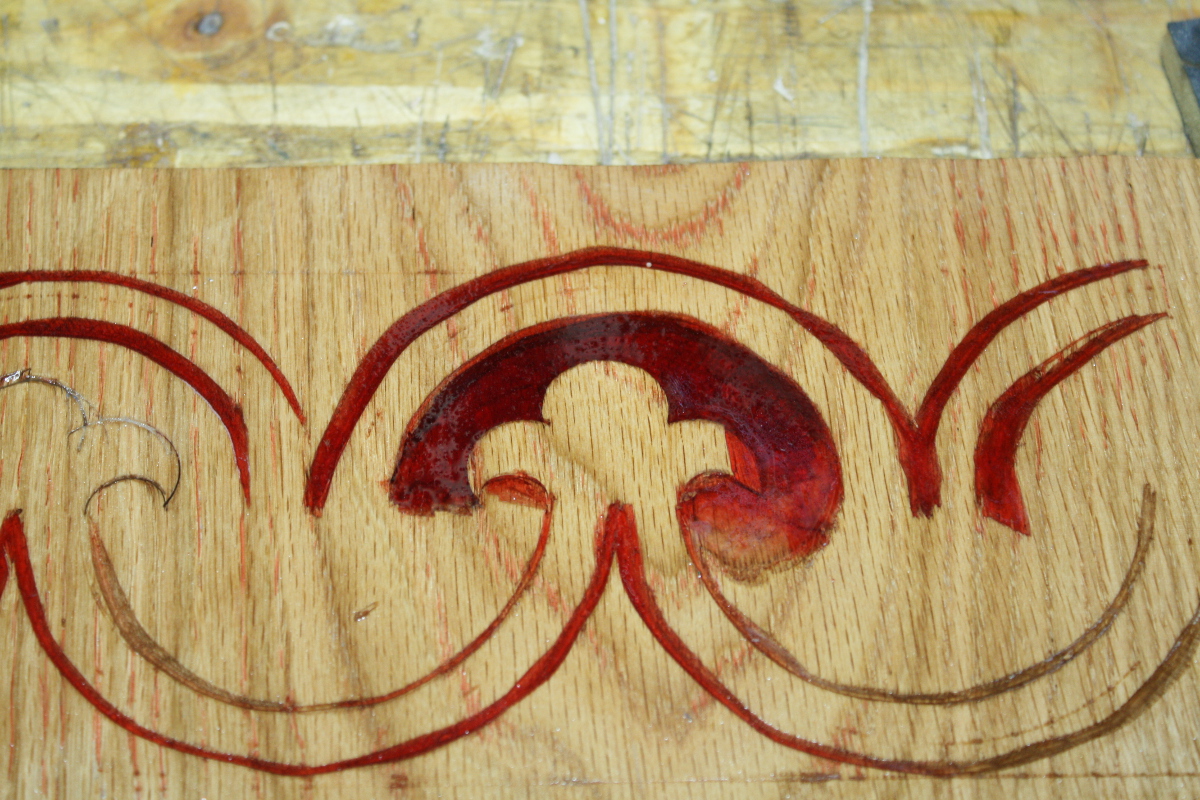 The oak carving is going okay. But depressingly regularly, while cutting away the background, a piece of the foreground chips off. Sometimes I can fix it with CA glue, sometimes I can soften out the edges so it looks like it was supposed to be rounded instead of oops-broke-a-bit, but I kept wondering about how well the box would hold up if it’s this chippy, and also while I like the way it looks, well, most of the appeal of this sort of stuff comes from the medullary rays and the lines of the grain you get when you rive oak, and the flatsawn stuff just isn’t as pretty.

And then I wondered, well, what if you carved a Peter Follansbee pattern, but then filled it with Peter Brown resin?… Read the rest 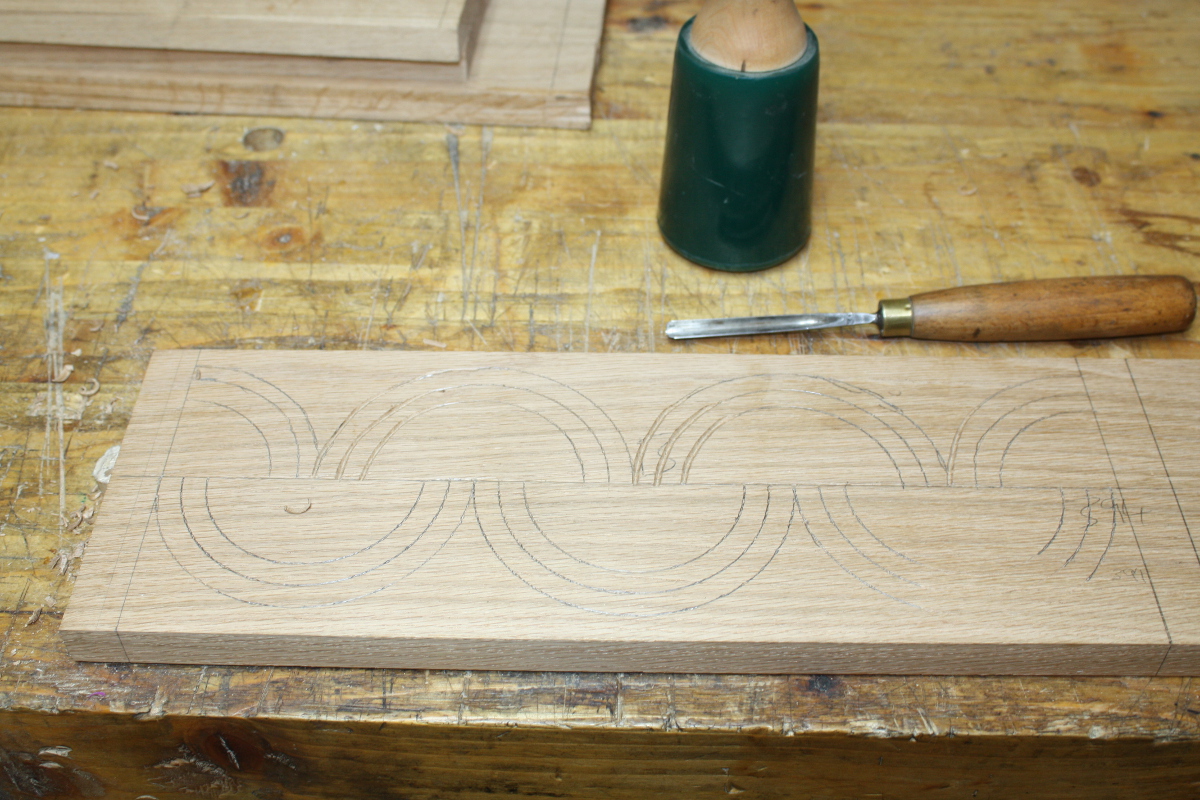 So the resin tests came out pretty damn good. The idea of putting the reflector under the resin worked quite well, and most of the colours came out well (the crimson guitars stains didn’t really pop but that was more down to the dark background – the way the red especially looked over the reflector suggests it’d be lovely over poplar).

Calum picked out a few he liked as well (the ones with crosses beside them in pen). So now I’m just picking out designs to do for the various parts of the desk, shelves and sides. I need to print a few out and find some transfer paper, then some will be done by inlay and some with resin and some with a mix.… Read the rest