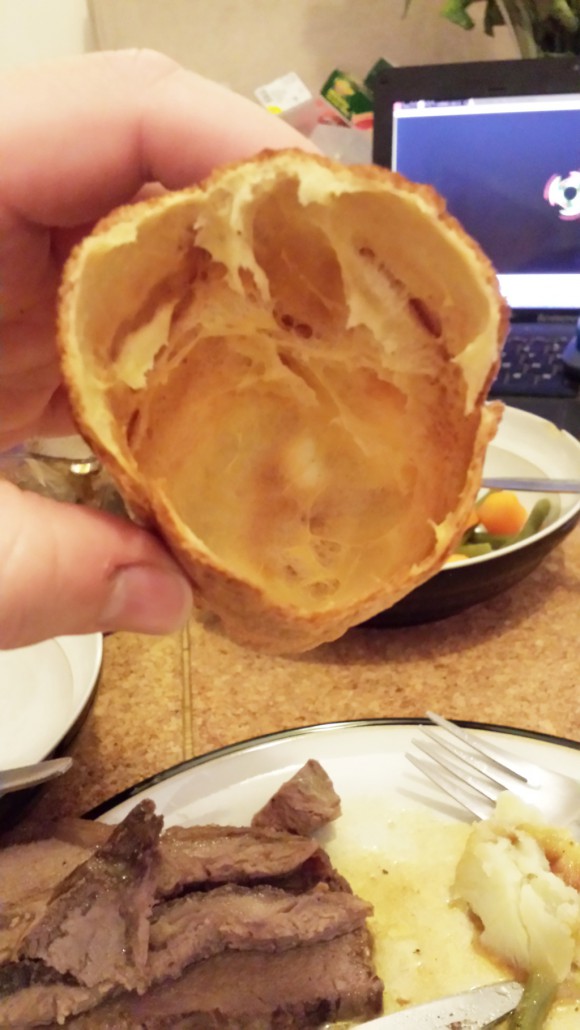 Now that’s what a yorkshire popover* should look like (on the inside). Stupid TV chefs and their “two large eggs”. It’s a cup of eggs you gits, in what mutant chickenland is “two large eggs” a full cup? (Hint; it’s four to six normal eggs). 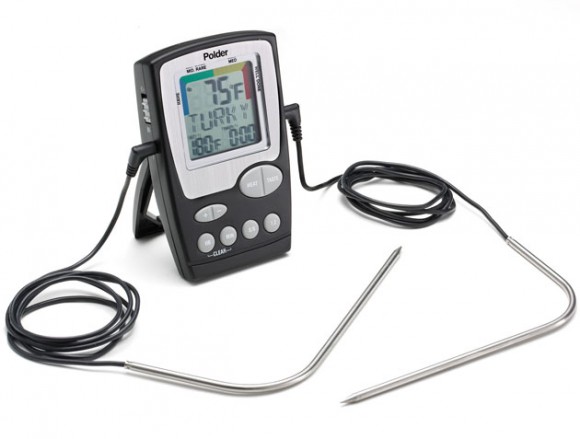 Now a Cooking Club recipe on Boards.ie as well…

Okay, recipe time again, and again going with an American classic, this time meatloaf (yes, I know, we did it before, but this one’s different). And as with all recipes, we start with a history lesson. Born Marvin Lee Aday in September 1947…. ah. Right, sorry, wrong notes, give me a second…

FINELY CUT PULP [of pork] IS GROUND WITH THE HEARTS OF WINTER WHEAT AND DILUTED WITH WINE. FLAVOR LIGHTLY WITH PEPPER AND BROTH AND IF YOU LIKE ADD A MODERATE QUANTITY OF [myrtle] BERRIES ALSO CRUSHED, AND AFTER YOU HAVE ADDED CRUSHED NUTS AND PEPPER SHAPE THE FORCEMEAT INTO SMALL ROLLS, WRAP THESE IN CAUL, FRY, AND SERVE WITH WINE GRAVY.

That’s Apicius de re Coquinaria, a 5th century Roman cookbook of sorts, and that does appear to be a kind of meatloaf-ish recipe (“hearts of wheat” refers to very fine wheat flour). Though if you make it, it doesn’t so much look like meatloaf as… I dunno, a peanut biscuit made with meat that’s gone even more wrong than it sounds? 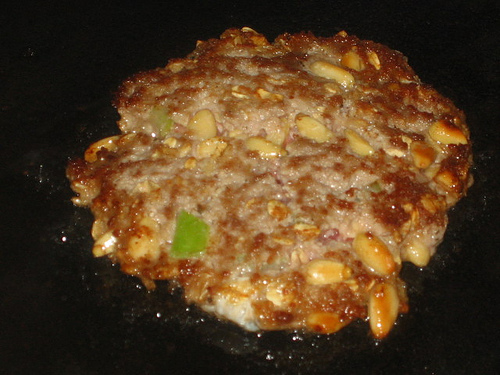 But there are recipes from all over the world that are kinds of meatloaf-ish things – Lihamureke in Finland, Hackbraten in Germany, Kofta in most of the middle east, Bobotie in South Africa, and хучмал in Mongolia (and if you can pronounce that, well done…). So if there are so many dishes from so many places, what is “meatloaf” in the American sense and why do we say it’s American at all? END_OF_DOCUMENT_TOKEN_TO_BE_REPLACED