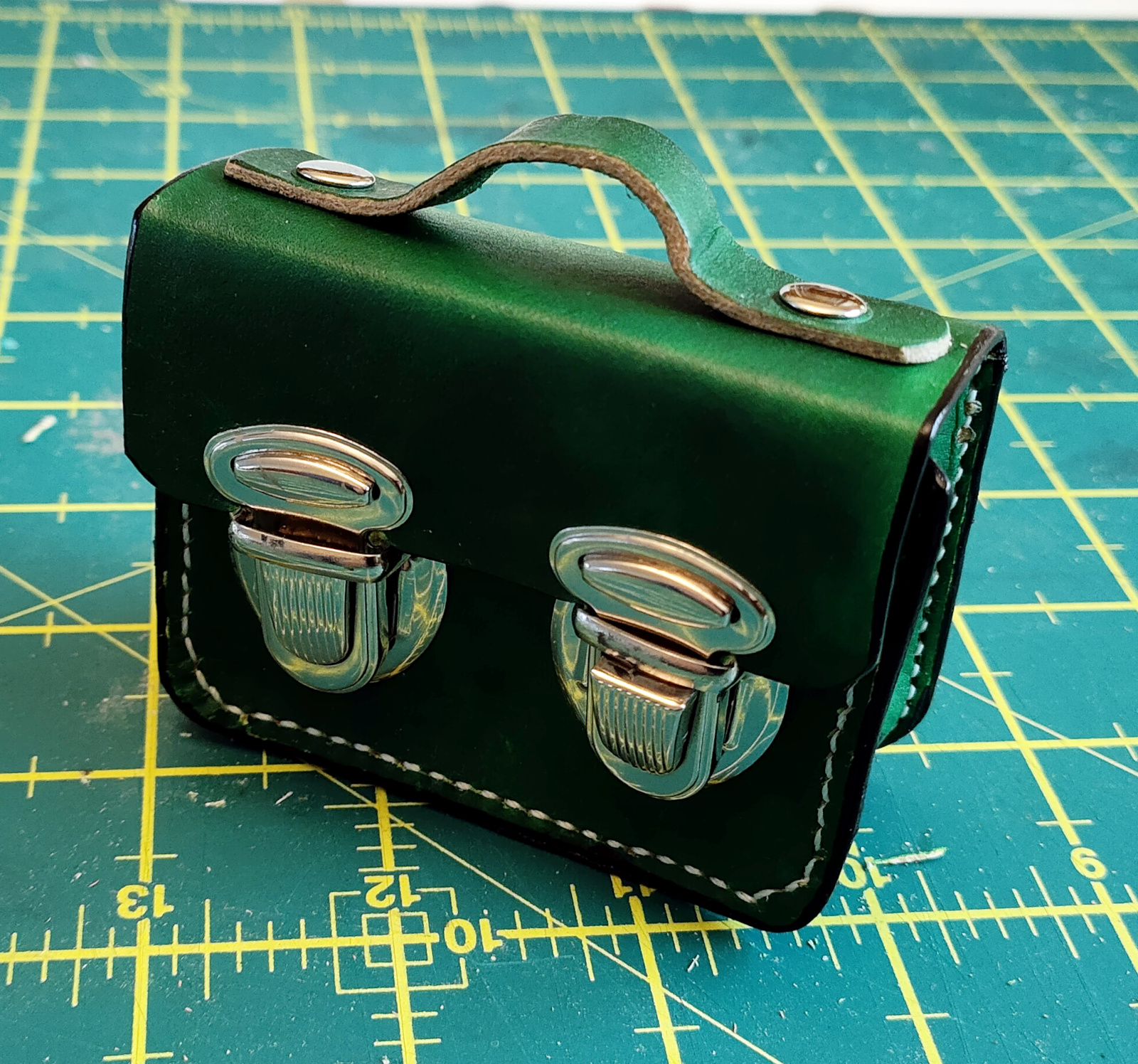 And got a new tool. Well. I say new, it was made in the 1950s in Germany, but never bought. New old stock is the term I think.

The problem is trimming the welt without cutting into the upper leather. The solution was the welt knife – it’s got a blunt runner of sorts on one side of the blade, you run that along the upper and the blade cuts the welt and only the welt. Why do I want it? Because you need to do that for a french edge, where the lining of a piece is glued face-to-face to the outside, stitched, then folded over the top of the piece to the inside, glued again, and stitched again.

Leaves you with a bit to trim off below the second stitch line. Do it with a normal straight knife, you risk cutting into the piece itself. If you flip over the straight knife and cut with the back of the knife running along the piece, you get something of a ragged cut like you see there. The welt knife on the other hand has a blunt runner thing beside the cutting edge:

That lets you do this:

Not a perfect result but not bad for having used it only three or four times. Plus, it cost half the price of a french edger, which is the only other tool I’ve seen used for this. So I’m grand with that.