Finally did something in charcoal that I thought w 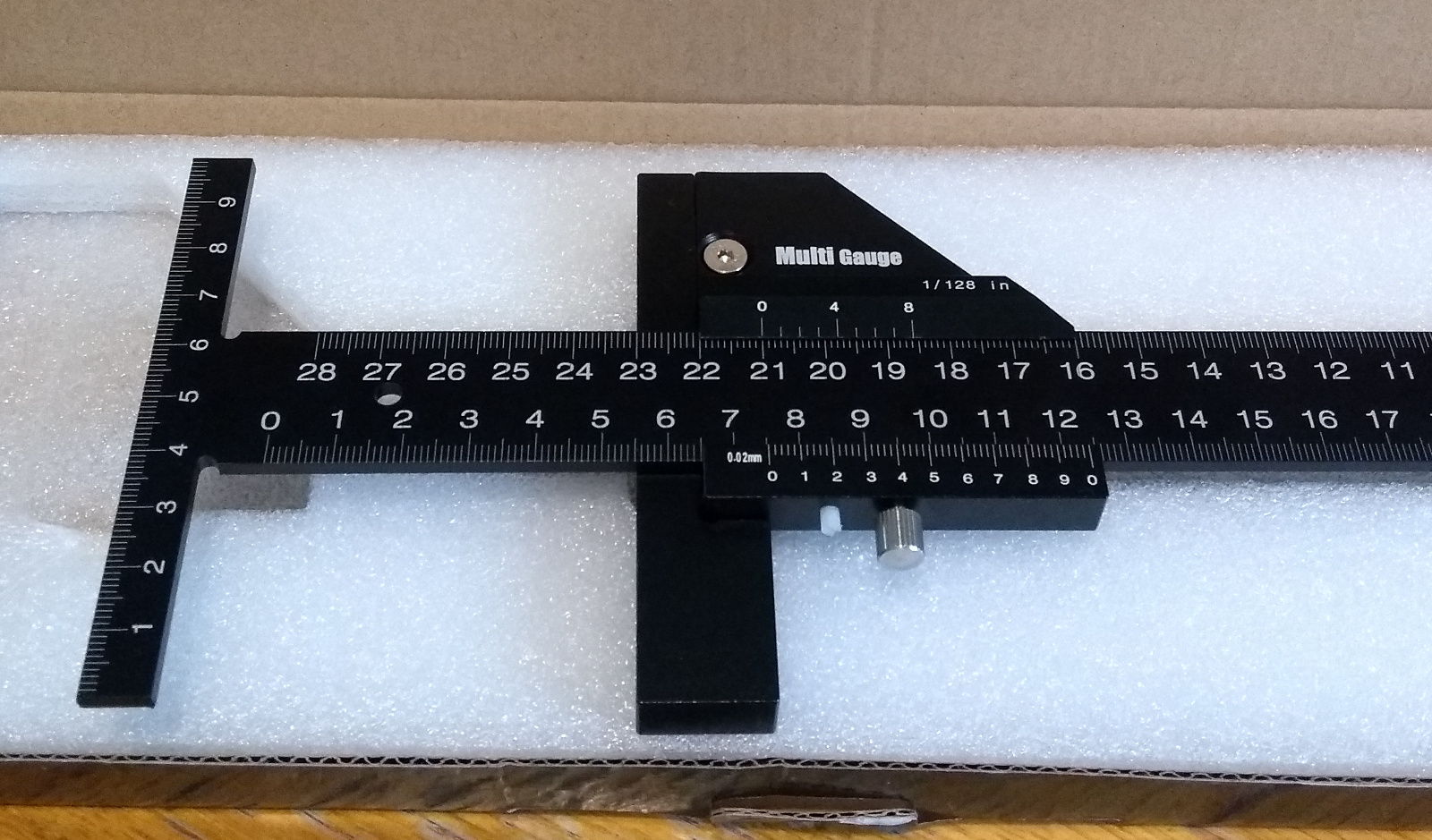 You know how aliexpress isn’t so much shopping as it is buying surprise presents for your future self?
Well, a while back I saw this neat tool being used for layout in a Korean woodworking video:

It was basically a cross between a marking gauge and a vernier calipers and I thought “wow” and looked for one and found it was over a hundred quid and thought “nope”. But aliexpress did knockoff aluminium ones for about twenty quid and I figured why not, so I ordered one.

In January. I mean, covid was in the promed email lists by then but it wasn’t on the radar over here very much and we thought it’d be a bit less of a thing than it became. But anyway, point is, I forgot about it completely and then the other day it turned up out of the blue:

It is very nifty 😀 Looking forward to giving it a workout.

And in one of those synchronicity things, on the same day a new order arrived from Dictum:

I swear, the nicest things come in boxes like this 😀

And I can hollow! It’s the mini version of the crown revolution hollowing tool. I did try undercutting with the tools I have but… well, it’s a bit of a mess. You really do need to be able to bend and heat-treat metal to make a hollower and I don’t have the kit here for that (one day…). So this one is ring tool which is a new one on me, but it has a chipbreaker so it’s kindof a beginner’s ring tool and it’s actually really easy to use:

Negative rake angle (meaning hold up the tool a bit so it’s angled downwards when it meets the wood) and rotate counterclockwise by about 45 degrees according to the youtube instruction videos and away you go. It also comes with another tip (and there are a few more you can buy) which works well for scraping – and you can get right up to under the rim of a bowl with this which I’ve been wanting to do for a while ‘cos it just looks nicer. I had a play with it and it turned out really nice:

The blank is cherry, but with a lovely huge knot in one side which is why it has that lovely pattern in it. It’s on a worm screw there, I reveresed it for hollowing and it came out nicely:

It’s not very big or very thin-walled, I was just playing, but I’m looking forward to doing more of this.

The other book in that order was Campaign Furniture from Lost Art Press – there’s a piece I want to build in that style soon and that’s the best reference I’ve found so far. It’s an interesting style – not as elegant as Shaker, but wonderfully functional and minimalist. That should be a fun build.

And then the next day, a rutlands order landed – they had the same chuck I have now, but with a slightly different name (they called mine the 3″ Xact and the new name is the Precision 75 but they’re the same chuck as far as I can see and the jaws are compatible) as ex-demo stock so it was going for a lot less than half price and I grabbed one – now my cole jaws are on a dedicated chuck which saves time. I must keep an eye out for those if they come up that cheap again, it’s a nice luxury. 75mm/3″ chucks are pretty cheap compared to even 4″ chucks though – I see these youtubers like Stuart Furini open a drawer and casually reach in and pull out a chuck from five or six other six-inch chucks and I wince at the pricetags 😀

I did also get a new forstner bit on clearance from rutlands – the ones I had were from lidl and, well, charitably, lidl’s forstner bits aren’t up to the standard of lidl’s chisels (which btw, are bloody excellent – they’re as good as the aldi chisels and stop laughing because if they’re good enough for Paul Sellers, they’re better than what you or I need….). But forstner bits are a bit more demanding than chisels, and good ones are spectacularly pricey. The ones I had seen recommended as good are by Famag in Germany and sets of those get up to nearly three hundred quid. But here was rutlands selling them by the individual bit for just over twenty quid and for hollowing, I just wanted the one so I got a one-inch one…

…and it’s like night and day. My lidl ones started smoking and burning the wood on their first cut even though I’d taken the diamond paddles to them to hone the edges first, and they were more scraping out wood than anything else. The Famag cut the wood like it was cheddar cheese. It’s seriously impressive the difference between them. You really do get your money’s worth. I used this one to make that little bowl above and it’s also small enough that you can use it for making mortices for small tenons if you’re assembling pieces. Another one I need to keep an eye out for if they come up cheap.

I was hoping to end this one with a new tool I’d made myself but… well, I cut the steel and went to drill and tap the hole for the screw to hold in the carbide tip and the drill bit wouldn’t cut and then shattered and flew everywhere.

Barely even dented it. So two lessons there – firstly, safety glasses (yes, I was wearing mine). Norm was right. And secondly, look closely at the piece of steel you pick up.

I know it’s faint, but that reads HSS not Mild Steel…

Oh well. I’ll grind it into a bedan or something…