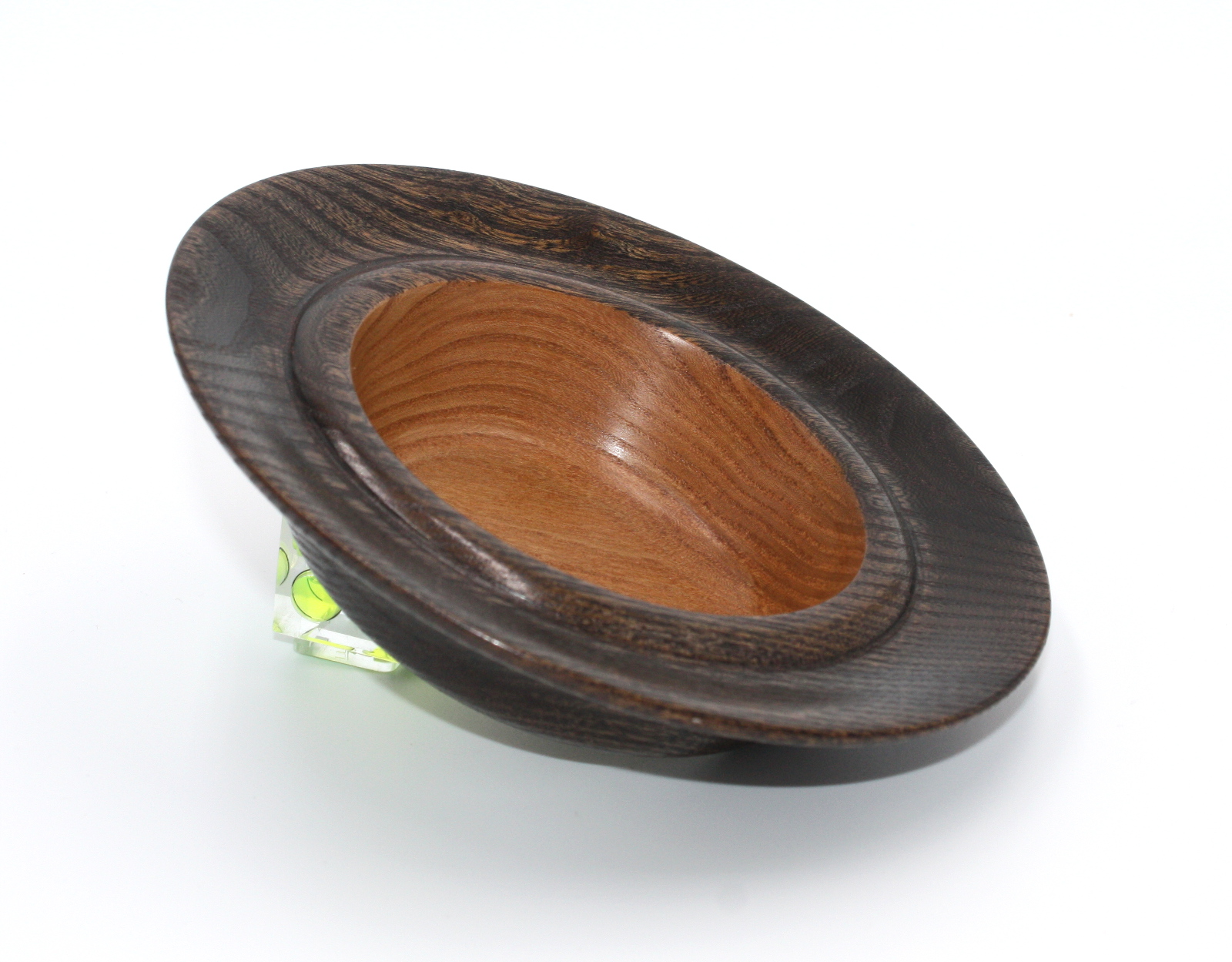 That sodding bowl was annoying me.

So, put it back on the lathe using the recess, which wasn’t completely destroyed by the catch yesterday, and re-cut the rim (and of course, half-way through that, I had another catch and the bowl jumped behind the lathe to hide in the shavings pile). Once re-seated on the chuck, I finished recutting the rim, cleaned up the lip and deepened the ogee.

Then sanding, re-staining, sanding sealer, gilt cream on the rim, lip and back while trying not to lose a finger to the dovetail jaws, and then tried out Yorkshire Grit to polish the bowl (quite impressed by that by the way).

Then, new toy, cole jaws for the lathe!

Those buttons on the jaws that hold the bowl in place, by the way, are nowhere near as soft as the name “rubber button” suggests if you accidentally stick your finger into one while the lathe is spinning…

Happily didn’t break anything, but my manicure is ruined. Cut away the ruined recess and recut a wider foot than before, and then on to sanding, staining, sealing and some shellac. The branding survived so didn’t have to rebrand it.

And rewired the shed a little so that I now have enough plugs for the lathe and lights and dragging the lathe around a bit to get better access doesn’t drag wires under the lathe or pull plugs out of sockets.

End result is what I was hoping for.

The foot’s not fantastic, but the rest is so much better.