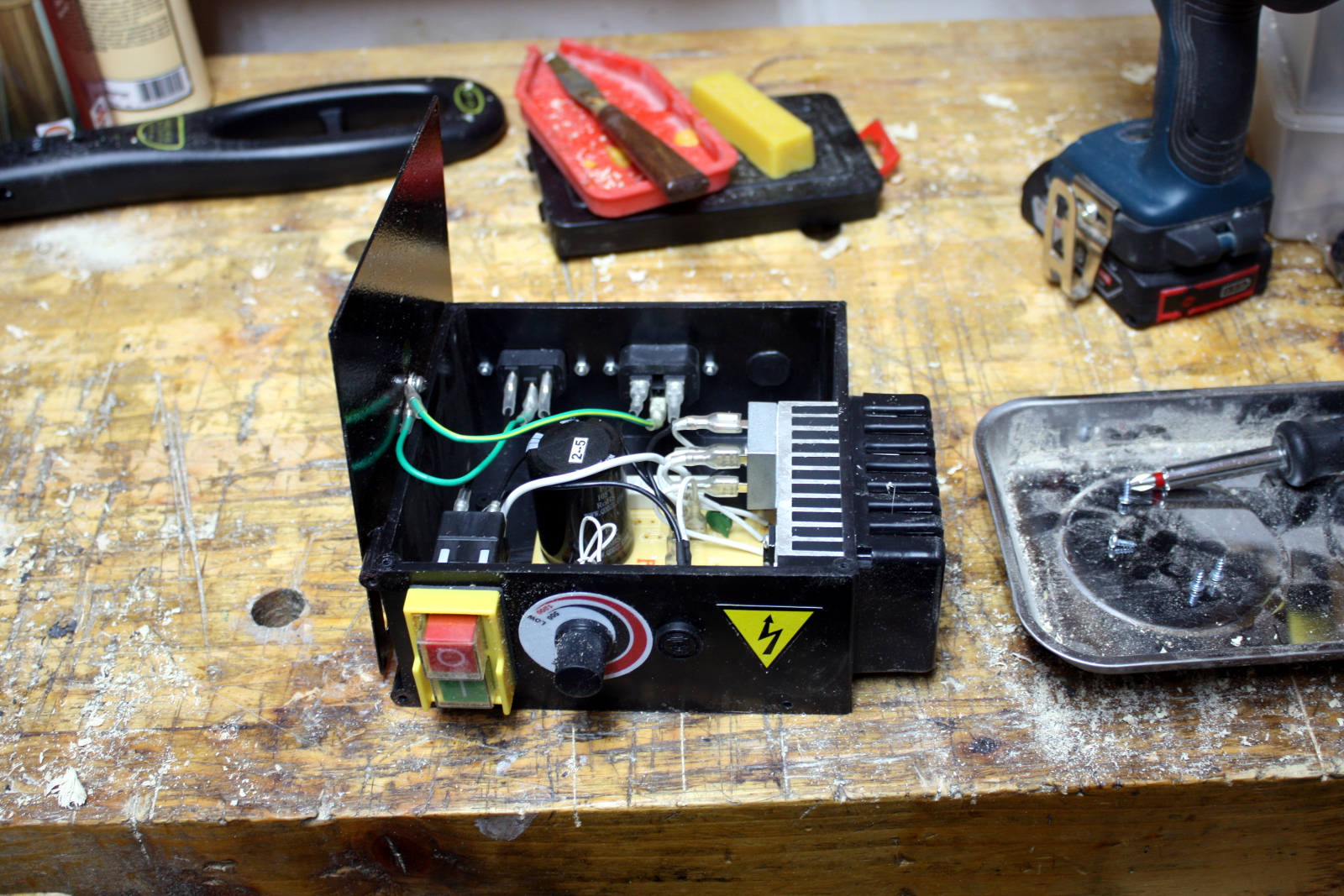 Lots of changes going on at the moment. That’s the nature of sharp transitions – lots of work to get over that step change and then we can settle in. In our case, we’re lucky, mostly we’re having to buy stuff we’d planned to buy over a few months in a few days, set up the home office so both of us can work from there (buying from Ikea instead of making stuff, the horror!) and doing the five million cleanup tasks round the place that normally we can ignore because we’re not here all the time. And the home schooling of course. That’s more a challange because we have to also do day jobs, and the gained time from not commuting every day isn’t quite enough to make up the gap. Oh well.

On the fun side, it does mean a few tools for the shed got bought ahead of schedule (and there might still be one or two more in the next few days depending on how things shake out).

Nothing fancy here, but damn useful…

So now I can do some new things with the lathe. With a bradpoint bit, it just looks like you could make things like cord pulls, but with the fostner bits, you can make little vases and the like.

This wasn’t strictly needed, but it was going for so little and it’s so damn pretty…

What can I say? Tools. They’re a weakness 😀

The hockey pucks arrived as well, and I drilled out a 10mm hole in them, they’ll replace that spacer nut and add some vibration damping into the mix as well.

It’s a bit of a pain to do that job without socket drivers, and I’ve put mine down somewhere and haven’t been able to find them. As usual 😀

Also got that shelf drilled out for all the bits and pieces I have to worry about at the moment (though there’s a wider set of jaws on the way as well, and two new toolrests because that tiny short one is an absolute pain in the fundament when roughing out a spindle. Those 30-year-old record and coronet lathes from the woodworking course have spoiled me 😀 ).

All that stuff would have been ordered over the next 4-5 months, but feck it, our essential supply lines have to take priority right now which means food, medical supplies and equipment and the other essential things. Woodworking tools are not really on that list. And the small companies I’m ordering from could use the cash right now.

Looking a bit tidier now at least, and a couple of calipers arrived as well.

Now I need to figure out how to get 12V out of the power supply for the lathe.

A bit of reverse engineering may be needed here. Or I could use one of the small mains power supplies and just tap into the mains power in here. I don’t want too many mains cables running around the place and batteries are right out.

The next few months – if not the next year and a bit – are going to be the Interesting Times from the old curse. Humans are creatures of habit and most habits take one to two months to change fundamentally. The odds of this lockdown ending before then seem quite slim; which means on the far side of this, we’ll have an entire global population that has gotten used to working from home where possible, to the idea that the internet is a utility rather than a luxury, that the way we lived up until 1100h last Thursday was not the only way you can live and that all the old “we can’t afford it” reasons given against things like universal free healthcare, universal basic income, flexible working and so on, are all false and always were. Forgiving all student loans in the US would have cost $1.4 trillion and was “impossible” and “ridiculous” before last week. The Americans dumped $1.5 trillion into the market a few days ago to try to stop the dow jones freefall. It bought them 15 minutes of calm before the freefall resumed. They didn’t even ask anyone before doing it. “Impossible” and “ridiculous” were rather laid bare at that point.

And since this pandemic is likely to kill a huge number of people, those kinds of lessons are likely to be copper-fastened into peoples’ minds by tragedy, so the odds of them being rolled back may be lower than the cynic in me thinks.

If so, you’d wonder what else is going to be different in the new world we walk out of this lockdown into.