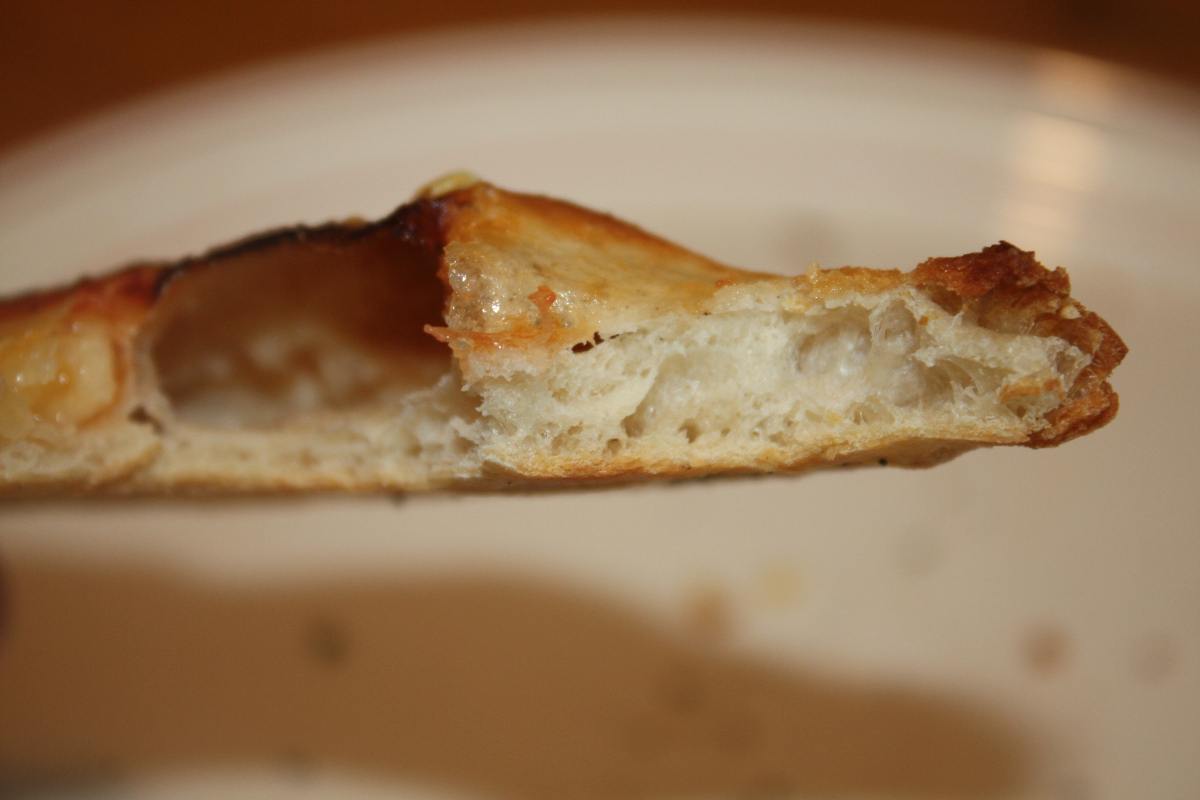 So I think I’ve gotten the pizza recipe down to “yeah, this’ll do” levels. 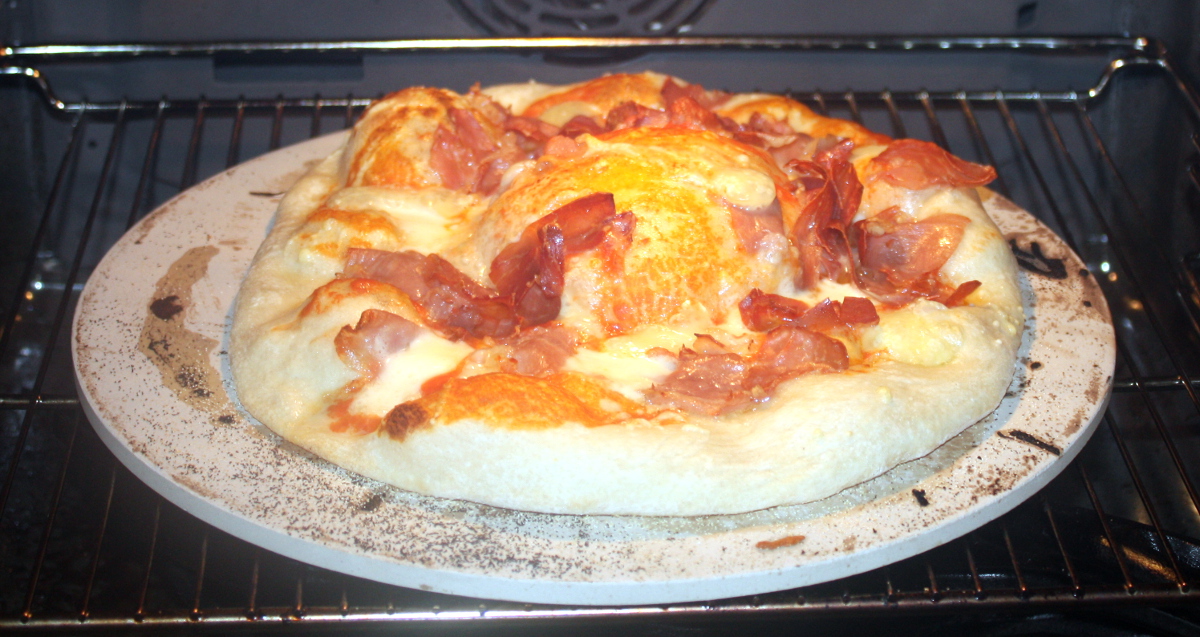 Looks good after two minutes in the oven…

And a good crumb structure and base. Grand.

I usually make enough for four pizzas at once.

In the bowl of the stand mixer…

And give that a quick stir with the whisk and leave it sit for ten minutes so the yeast wakes up and starts its thing.

And then whisk it until it starts to come together but stop before it grabs your whisk and you have to clean it out of the inside of the whisk. Put the dough hook in the stand mixer and mix on slow until you have a dough and the walls of the bowl are clean (mostly) of loose flour. It’ll be very loose, never mind. Turn the speed up to medium and let it run for ten minutes. Give it a quick pulse at high for 20-30 seconds to get the dough off the hook, then turn the dough out onto a floured surface and work it for a minute or two by hand to knead it into a doughball. It should be sticky and definitely not that firm, that’s grand. I mean, it won’t pour like milk, but it definitely won’t hold its shape. Now wash out the bowl, dry it, oil it with a tablespoon or two of olive oil, put the dough back in and flip it about and swish it round so it’s coated in the oil, then let the bowl sit, covered, somewhere warmish for an hour or until doubled.

Now knock the dough back, turn out onto a floured surface and work for a minute or two to a ball, then use a dough scraper to divide the ball into four, roll those into balls, and then drop into zip-loc bags with a teaspoon of oil, seal and put in the fridge overnight (or for a few days, up to a week, though it’ll be rising all that time so be careful the bags are sealed or you’ll be reenacting The Blob with your own fridge.

And nobody likes seafood pizza.

When ready to cook, put pizza stone in oven, crank oven up past max (so 270C in mine), and let the whole thing come up to temperature, which will take a good half-hour or more depending on your oven. Even when the oven says its ready, it’s not, it’s lying, they all lie, it’s a Thing. 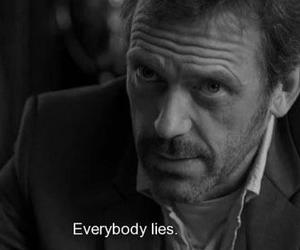 Once your fancy laser-infra-red-pew-pew-pew thermometer says the stone is hot enough, it probably isn’t anyway so take your doughball, work it out to a flat pizza shape either by hand or by rolling pin or by hydraulic press, and dust your peel with polenta because finding cornmeal in Dunnes is now difficult because, I don’t know, life. And when I say “dust”, I mean “dump a few tablespoons on there and spread it round” because scraping a pizza off a peel into a 270C oven is a bad way to make a pizza dough twist with extra cleaning. Take your pizza dough disk, drop it onto the peel and paint the top with olive oil. I mean, don’t drown the thing, just literally take a silicone pastry brush and get the surface to look glisten-y. Add a single tablespoon of tomato sauce, spread out, and some cheese and, I don’t know, gearbox parts. Whatever you put on a pizza yourself.

Now leave that sit there for at least five minutes. Ten or more if you can, shaking the peel every so often so that little bit of oil that dripped over the side because you didn’t listen to me say “don’t drown the thing”, and which is now trying to combine with the polenta to form concrete to set the dough to the peel, doesn’t get a chance to do so.

Then put the pizza in the oven. 7-8 minutes because even a 270C oven is 130C too low really for this. Pull from the oven with tongs onto a plate, not a peel, because you started making the next pizza on the peel seven minutes ago, and then transfer the pizza from the plate to the chopping board and leave sit for 2-3 minutes so the cheese starts to return from nuclear plasma form to a more firm consistency, then cut up and serve.

It’s not that bad really.

Oh, about the diastatic malt powder. It’s a fancy-pants additive made by drying malted milk down to a powder, and contains an enzyme that breaks down the starches in the flour to sugar. In higher amounts it’d turn bread to a sort of slime, but between 1% and 2% by weight, it improves the rise, the crumb structure and so on by weakening the dough a little and letting the yeast blow bubbles more easily. I’ve been trying to find it here for ages in amounts that weren’t measured in kilograms, but couldn’t until I found this crowd on amazon recently, and it’s been working really well so far. Definitely worth trying.