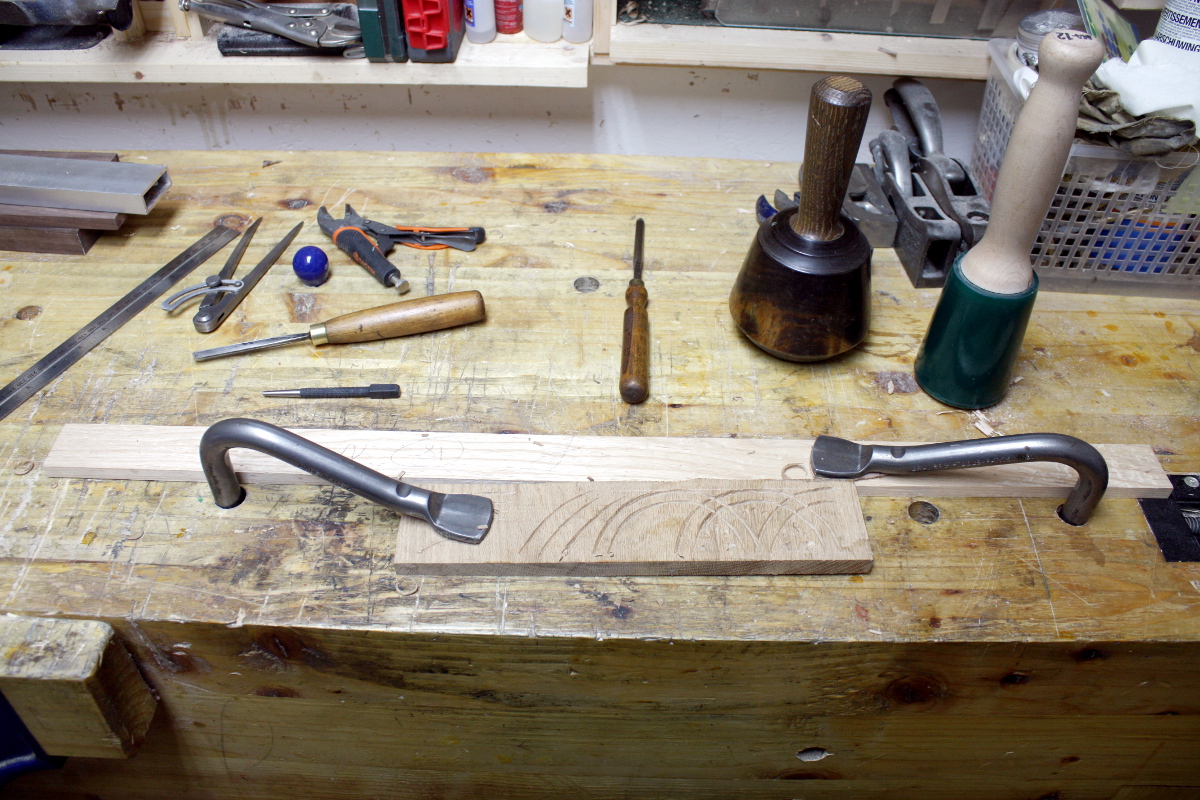 All small jobs today in the shed. Well. Was a bit chilly. 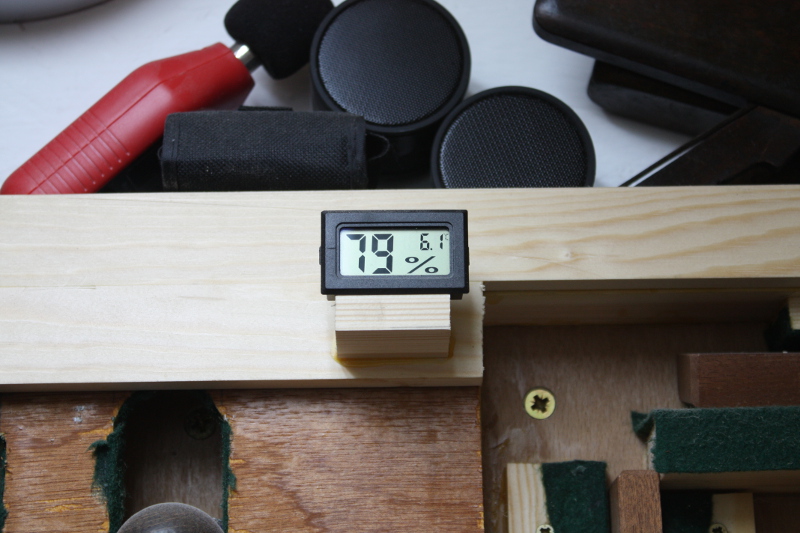 And it was colder before I turned on the heater. Not going to get much better before the end of next week either 🙁 Onwards… 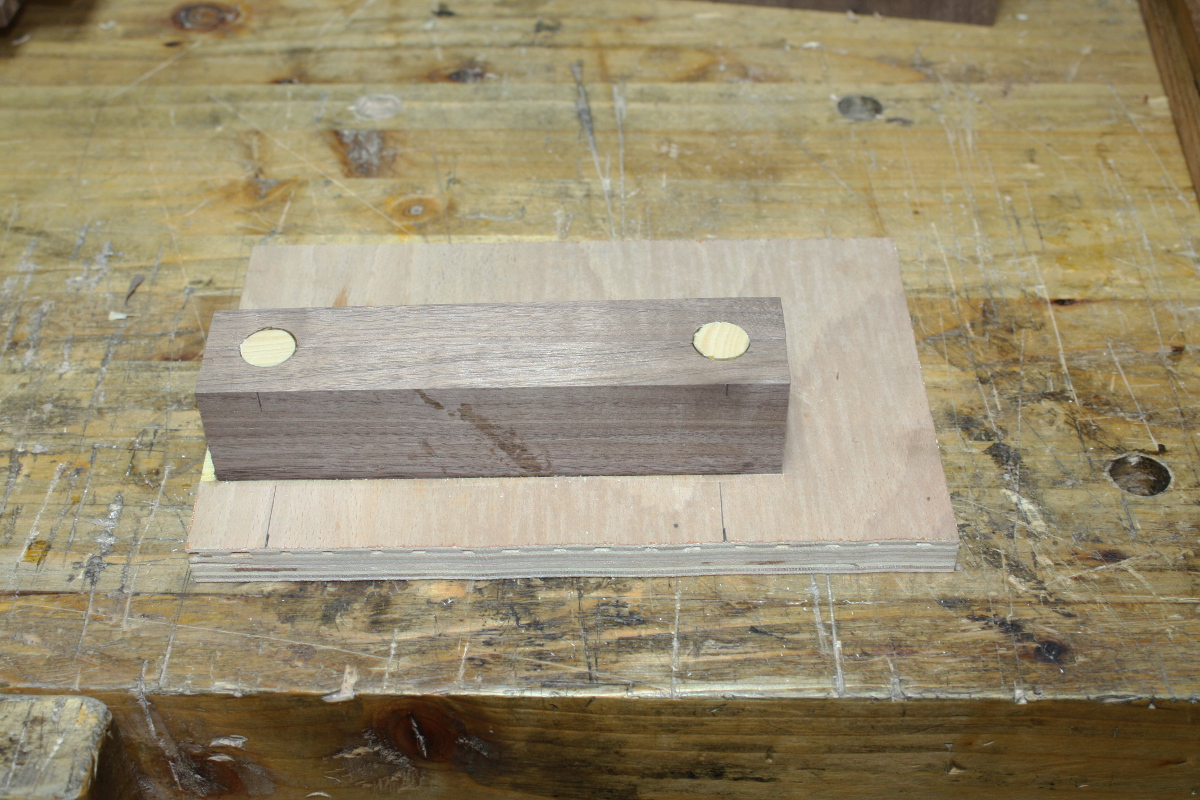 Spare offcuts of walnut and plywood, with 19mm dowels from woodies (if you’re in the US, woodies is what Lowe’s would be if they dropped their timber standards significantly and jacked up their prices by 50%). The dowels drop into the bench dog holes: 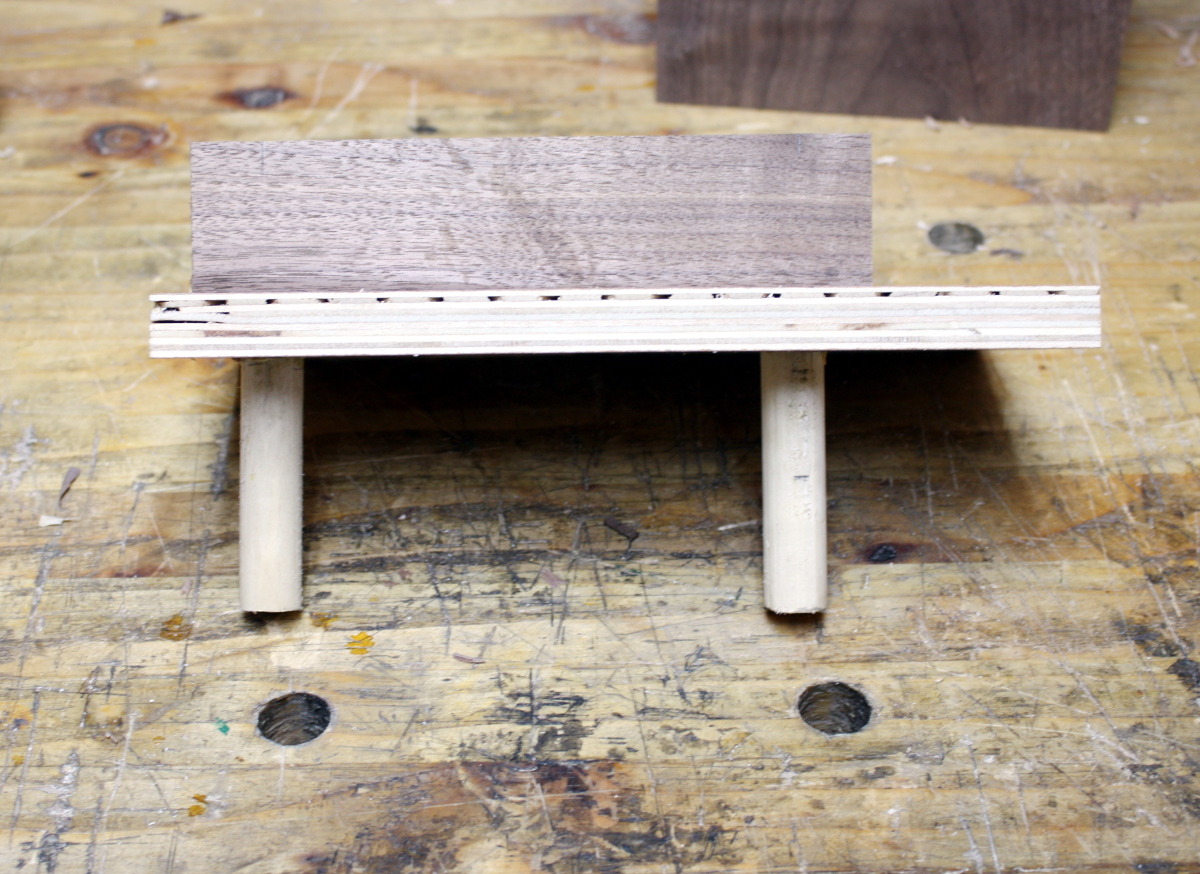 In theory this would work on any set of two holes, but it turns out there’s just enough variation in spacing that it only works for this pair 🙁 Next time I build a workbench, I’ll be a lot more precise with a few things and dog hole placement is one of them. Still, this is the best placed pair for sawing for me, so it could have been much worse. Tried it out in anger making some small parts and it works nicely. Not sure how much abuse it’ll stand but it doesn’t feel too precious. About those small parts: 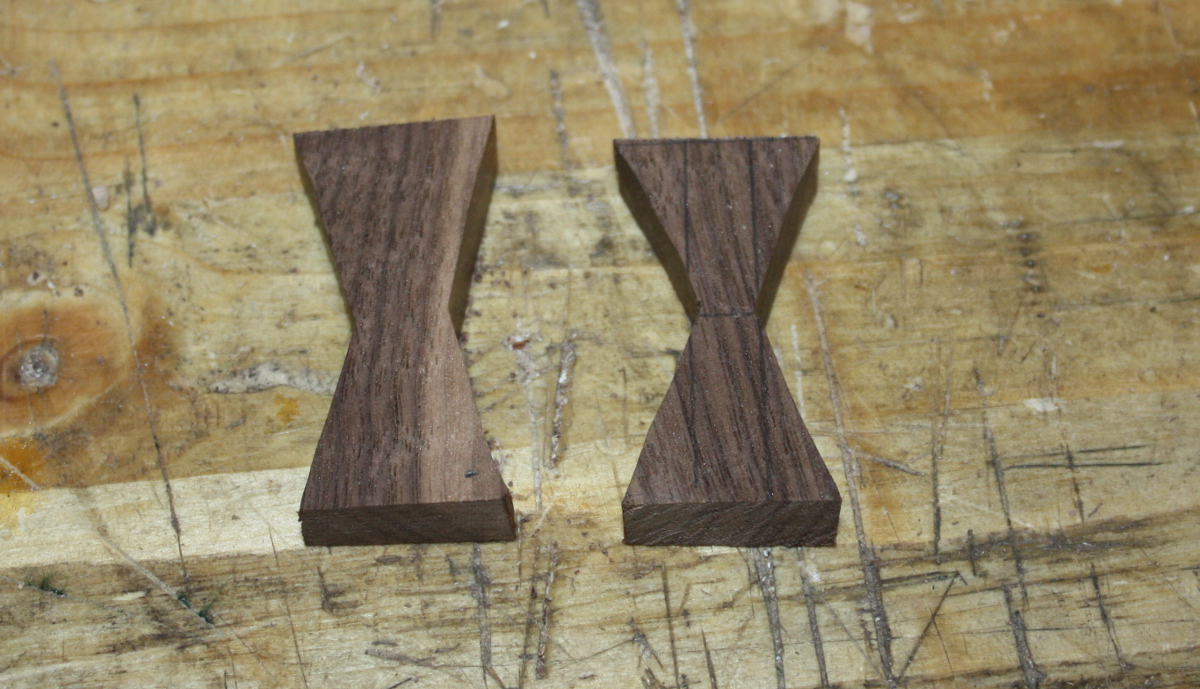 Honestly, this one will be funny, bear with me…

Then some more practice with the v-tool:

The results weren’t terrible but lots more time needed I think. The practice pattern from Peter Follansbee’s video is a lot easier to carve if you make it simpler when you work on a piece of wood half the size he’s using – there’s a minimum resolution limit, so to speak, in oak and challenging it is not conducive to decent results. Still though, a ways to go to get from this: 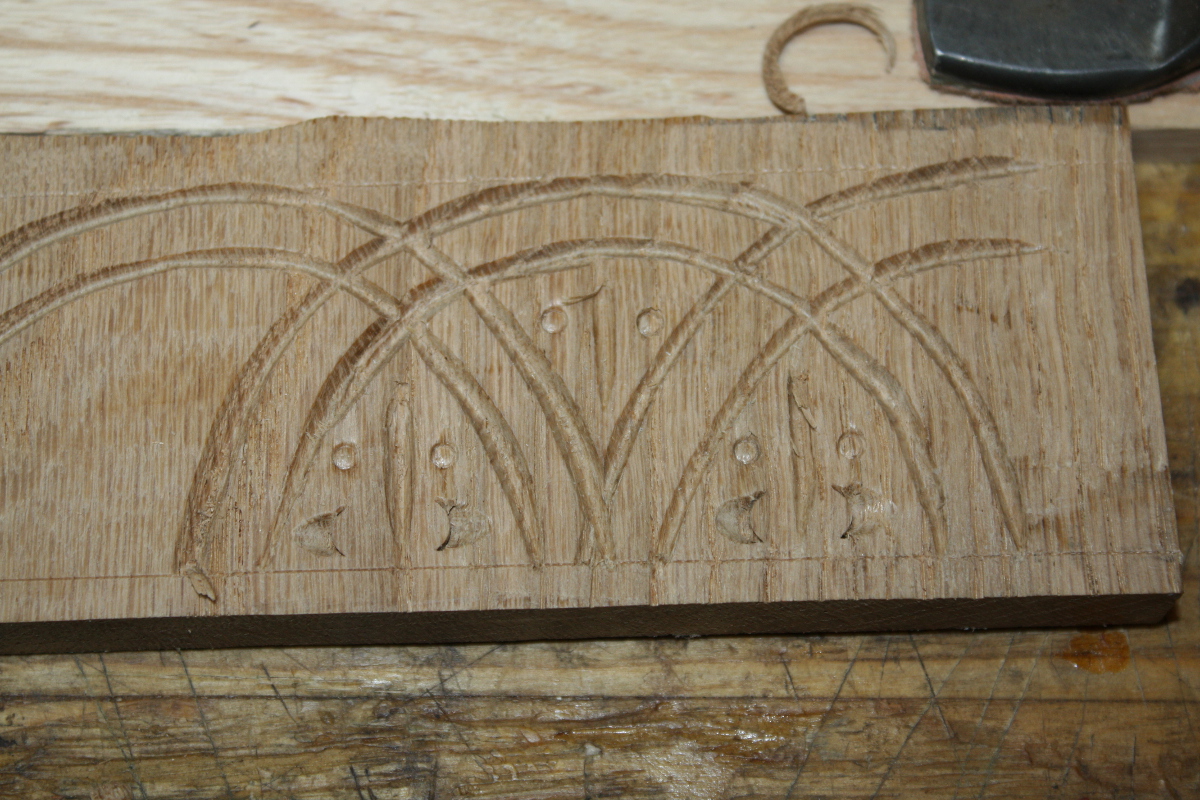 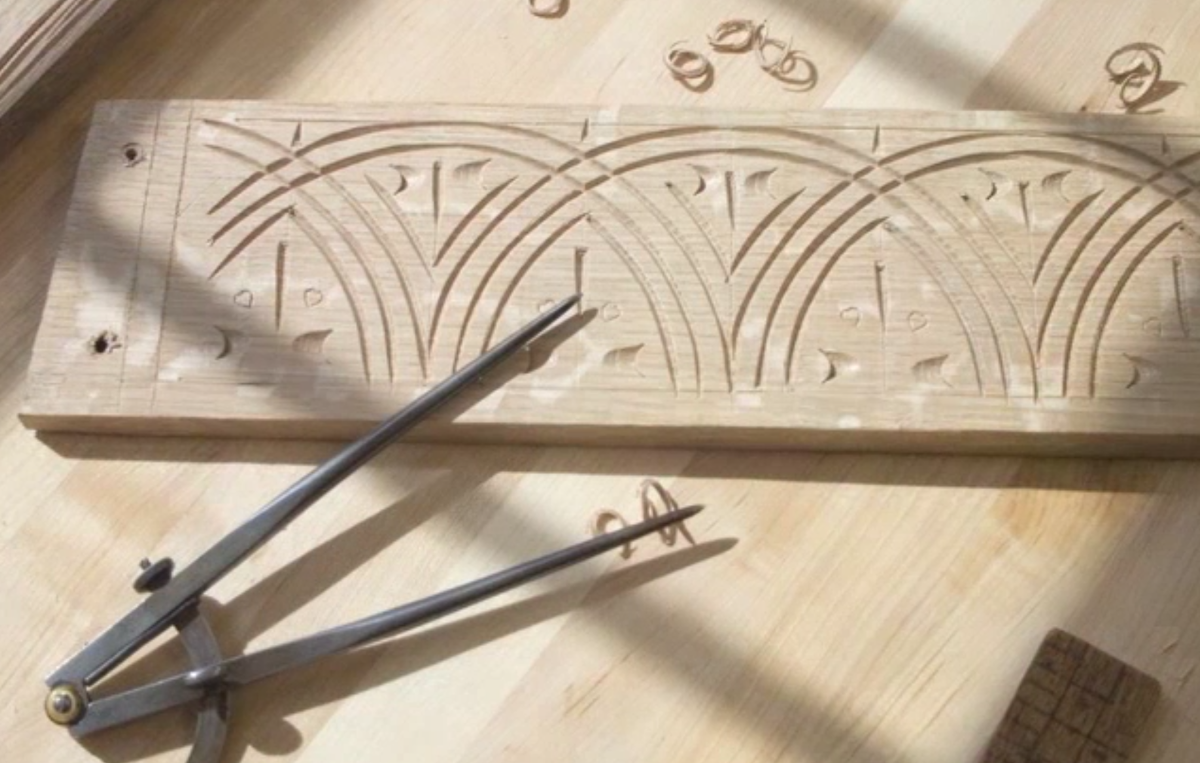 But I think it’s a small improvement on this: 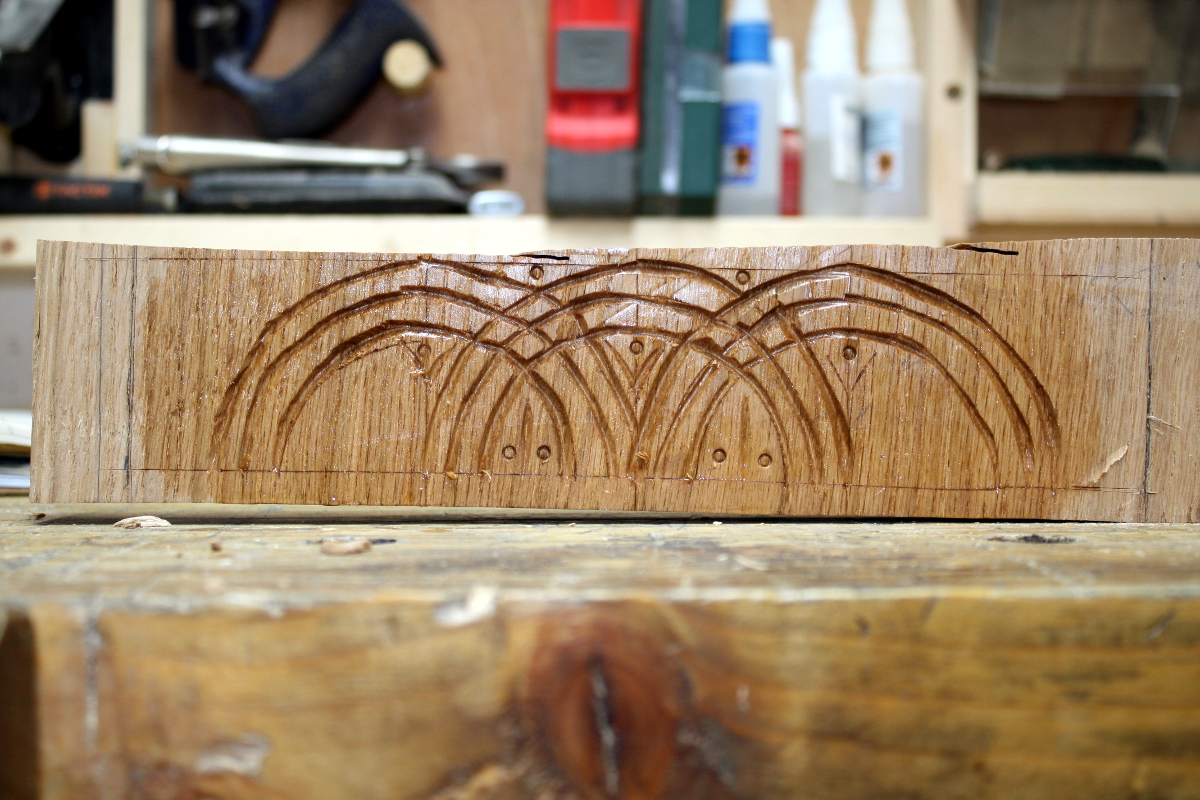 And then I got out the old oilstone and a 10mm dowel and some sandpaper and took twenty minutes to sharpen up the #7 hollow and the reeding plane I got before xmas and gave them a try. I still need to work on the hollow, but the reeding didn’t go too badly. 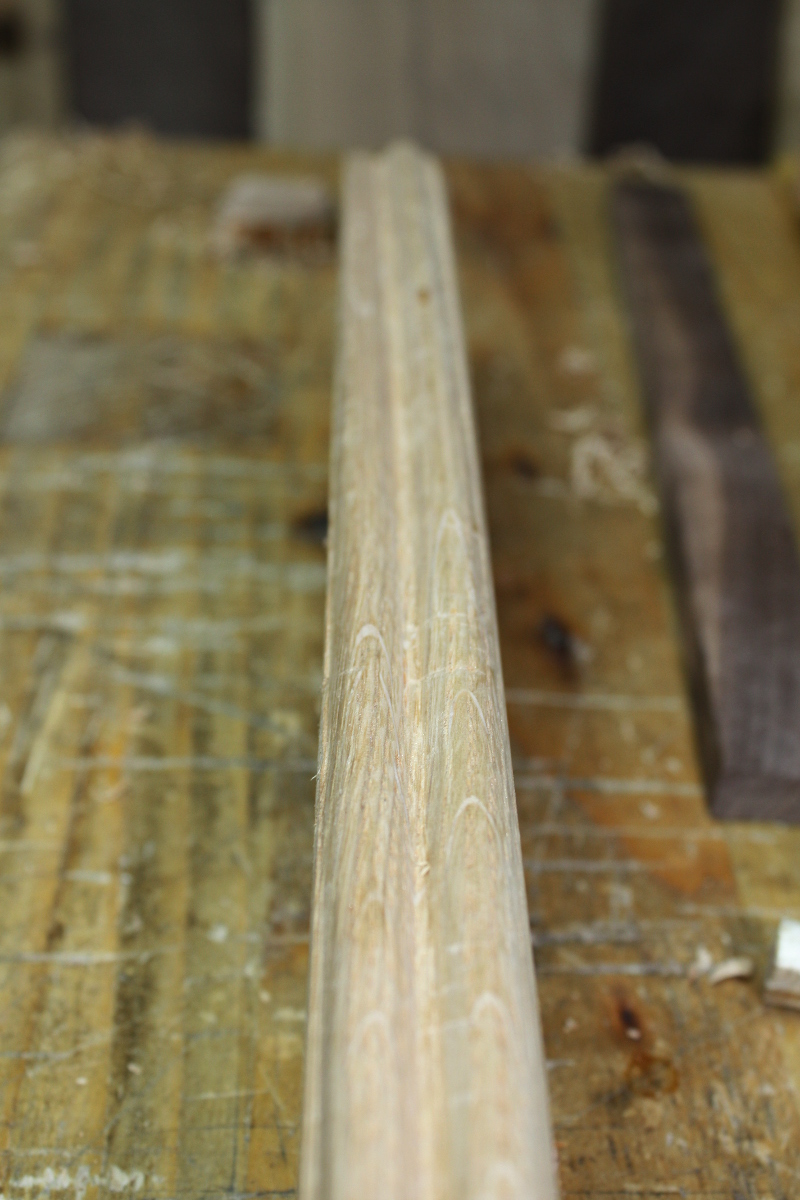 It’s a bit hard to see here, but the two beads were nicely formed for most of the length of the run. It’s a bit of a faff setting up the plane, but when it’s set, it’s sweet.

A bit of practice with the gouge later and I got to see what I bought it for: 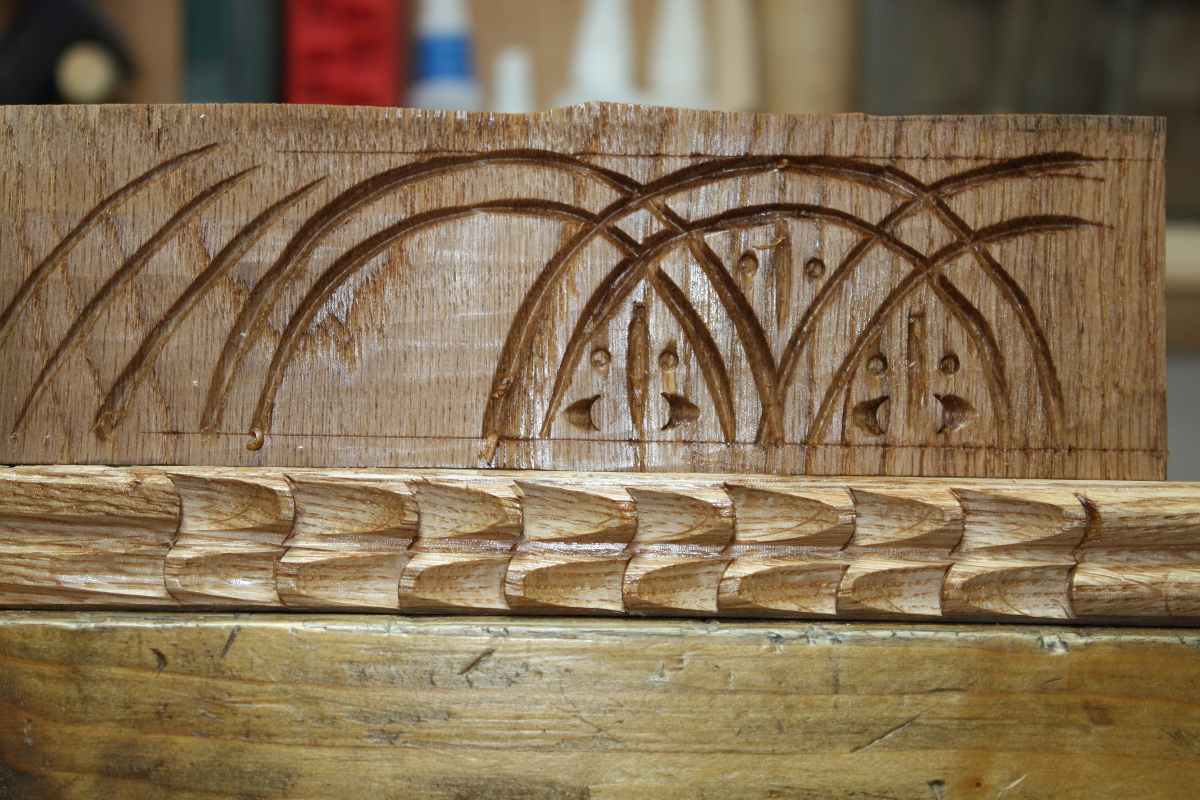 A lot easier to make those two beads with the reeding plane than with a scratch stock. A little more practice and I might actually be ready to use this on a piece.

About that oilstone. I’ve had it for ages, it was one of the first things I ever bought for woodworking, but I’ve never really used it much – never liked oilstones, they’re mucky things really compared to diamond plates – but it does seem to be a higher grit than my 1200 diamond plate. I was planning on getting a D8EE plate later this month (DMT, 8000 grit) because I thought I was about ready to add another step up in grit to the sharpening process now that I’ve got the hang of the basics; I might just try using the oilstone in the interim. It probably needs to be flattened though, and I don’t really know what grit it actually is; must find a way to test that, even if it’s just “polish something on the 1200 grit plate and then on the stone and see which one left the larger scratches”.

And there was a bit of fiddling about with parts for various other builds that are in progress right now, like this one: 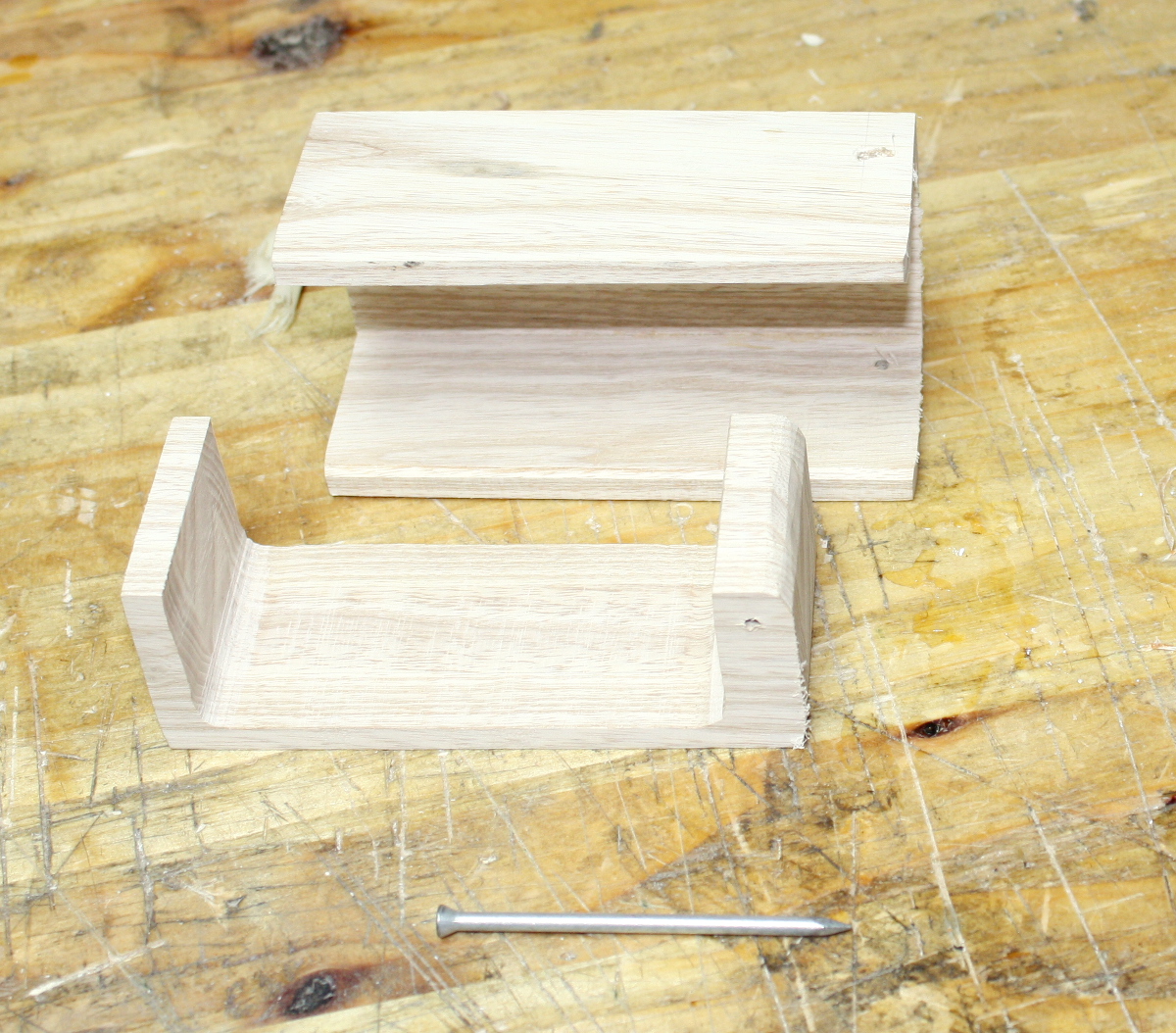 And this didn’t work too badly either, but I can’t pein over the end of the nail so I’ll order some brass rod stock to use as the hinge instead.