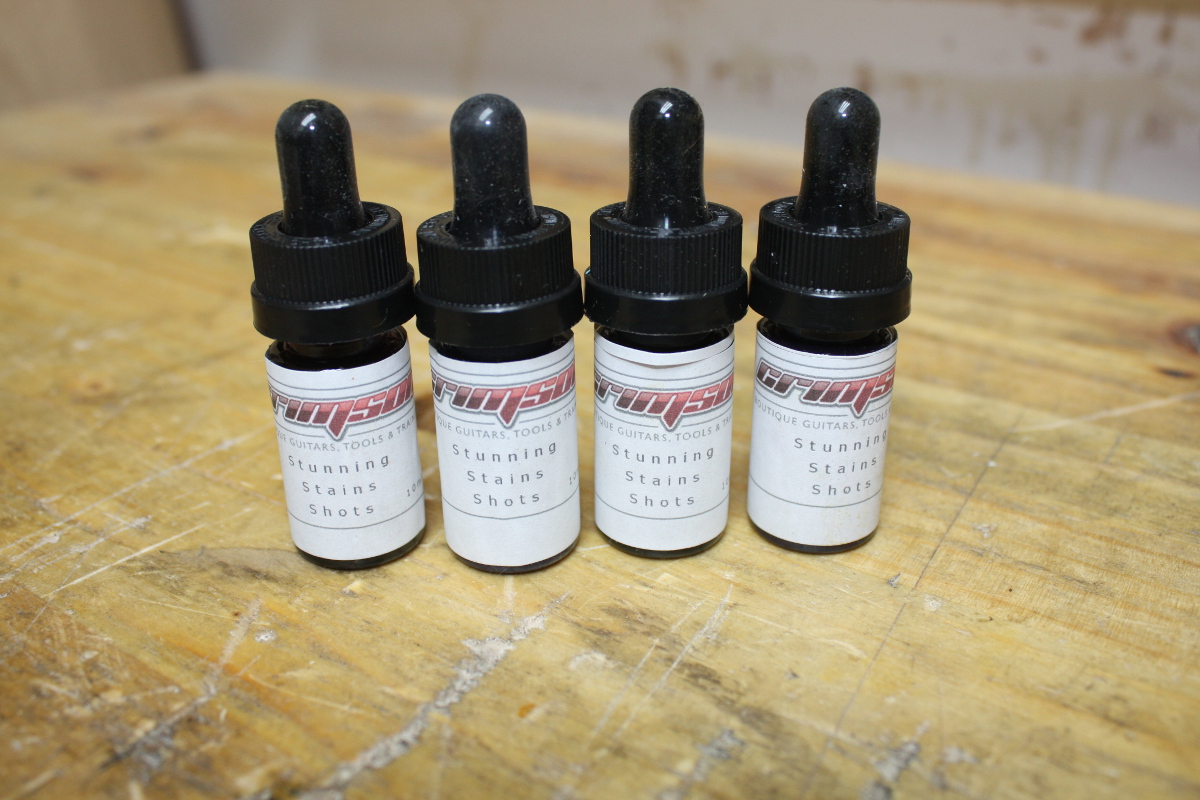 Shortest day of the year so least work done. That’s my story and I’m sticking to it.

Started off with presents – some arrived yesterday but I couldn’t get to them and some arrived this morning, so yay! 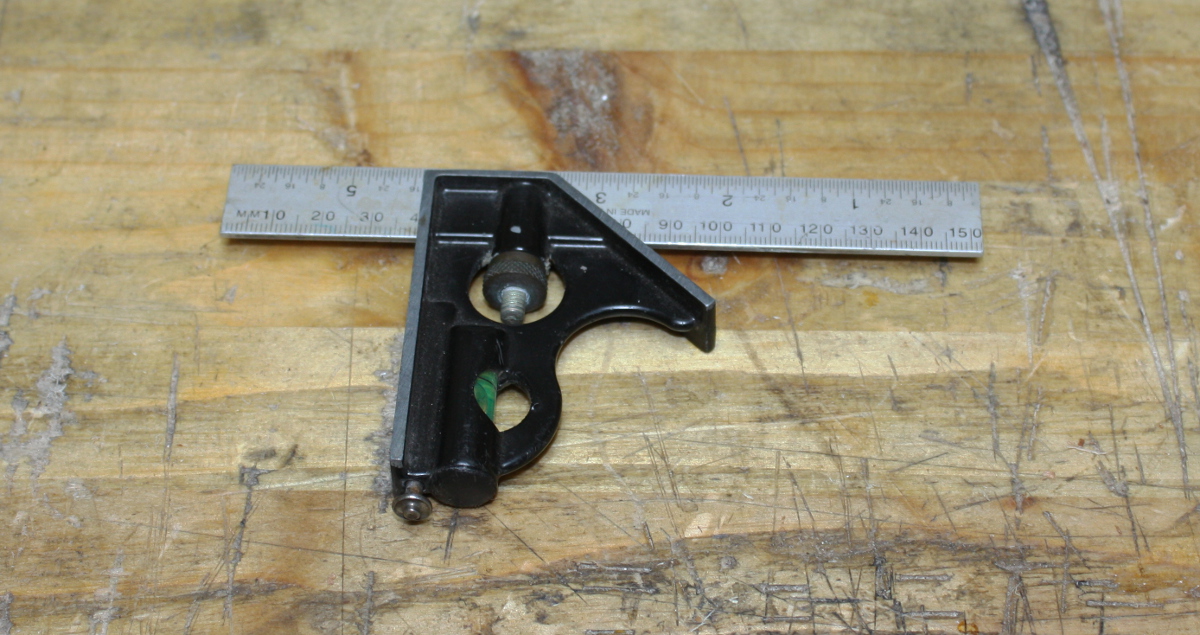 Not Moore&Wright, but cheap and cheerful. I’m trying to cure myself of my combi-phobia.

Is Moore&Wright. Offset calipers for scribing lines parallel to an edge. Nice idea. 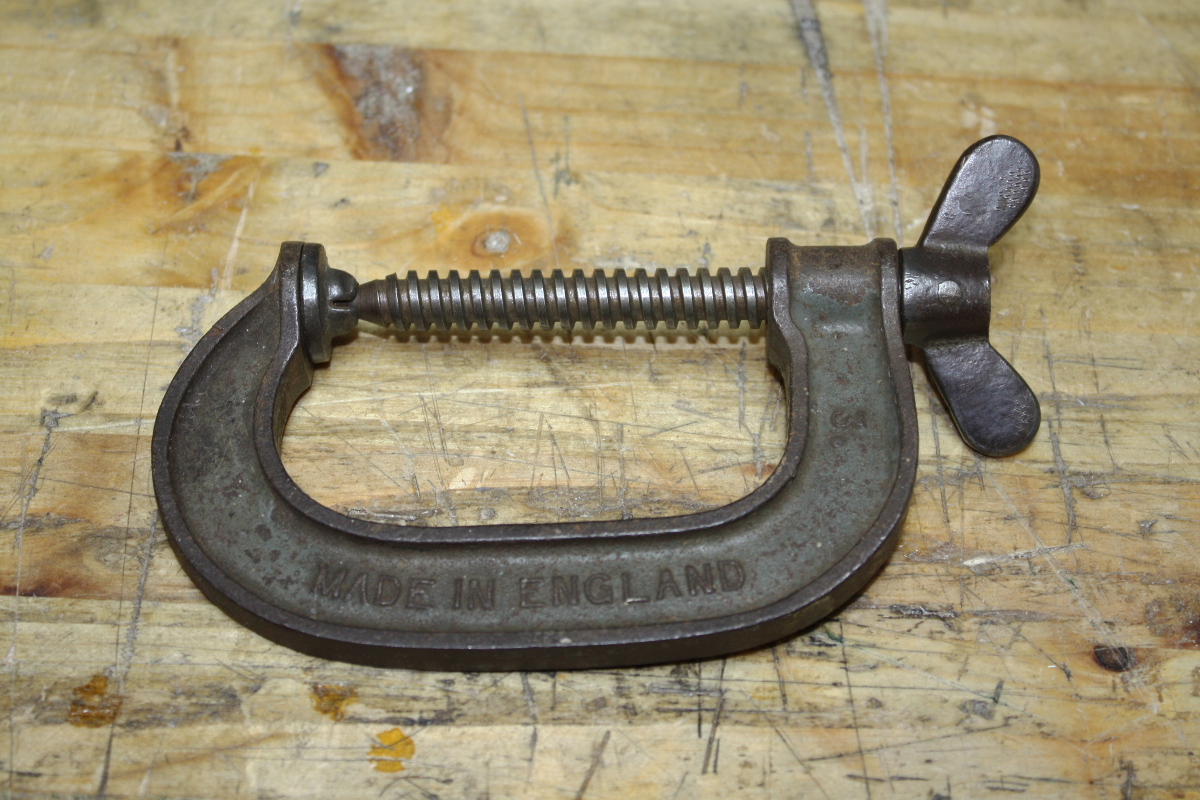 3″ Record clamp. I have 2″ and 4″ ones, figured it’d be useful to see if something in between was useful. 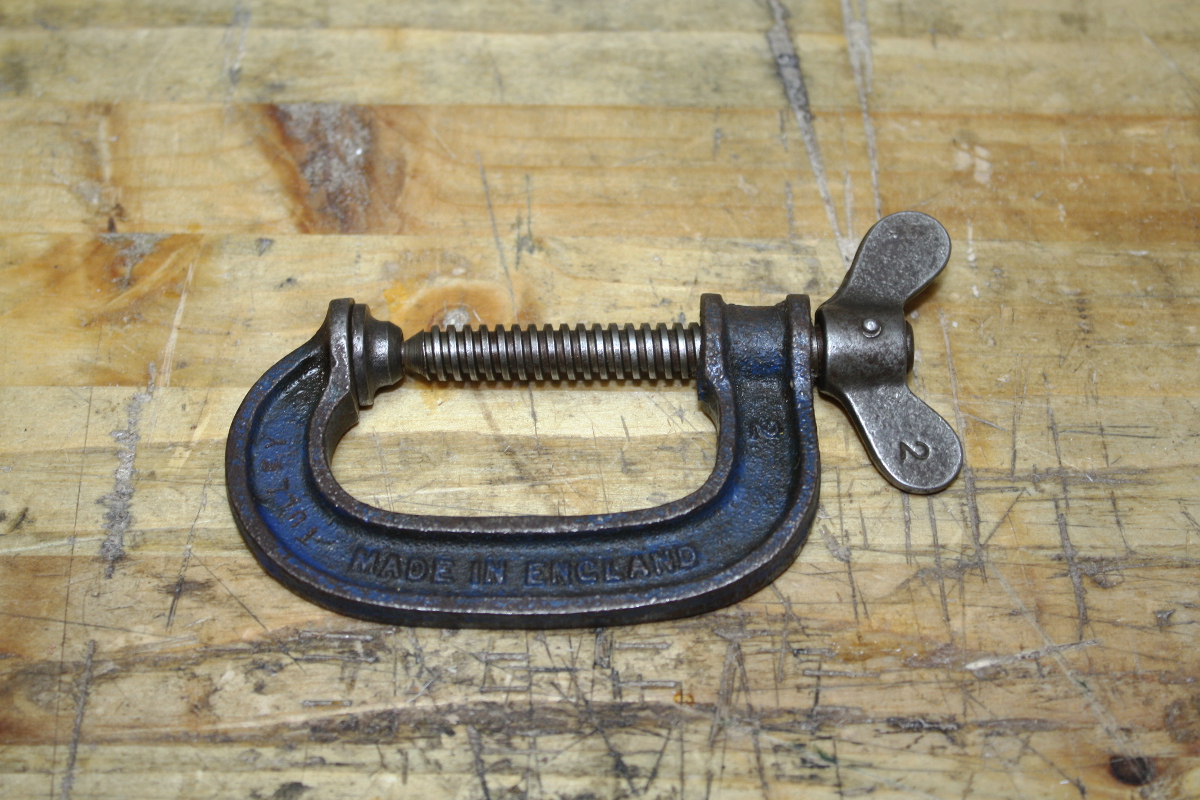 And a 2″ clamp because it was going in the lot. 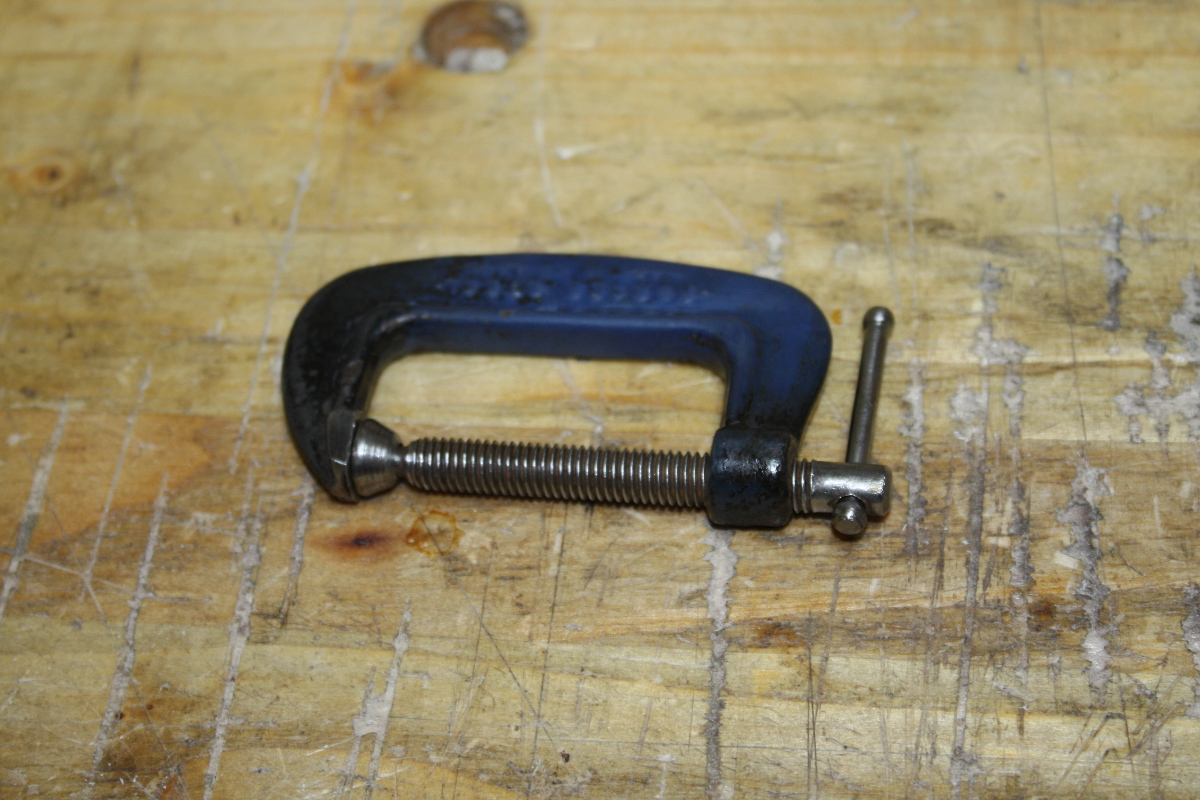 Another 2″ one that was in the lot. At a fiver, cheap. Have a few of these already and they have a habit of being useful. 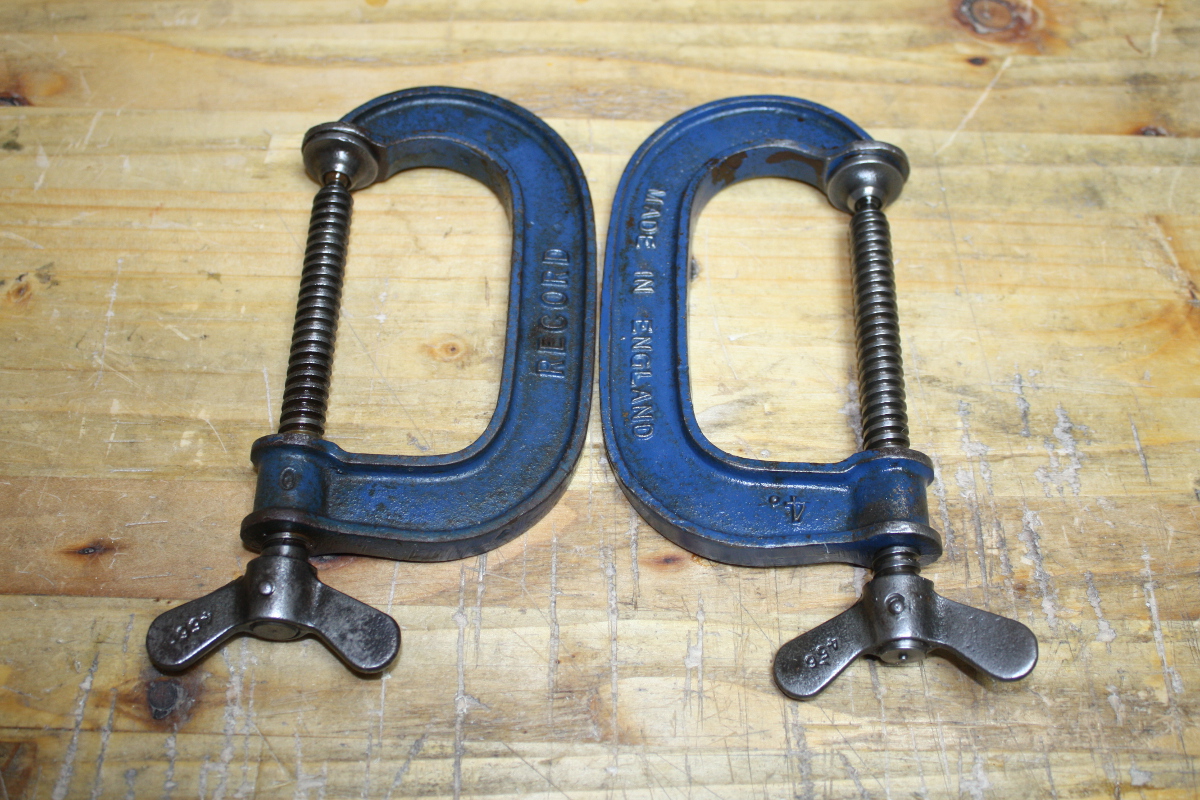 And a pair of 4″ clamps (I have three, I’m always needing a fourth. There’s another still in the post because I know the minute I have five I’ll need a sixth). 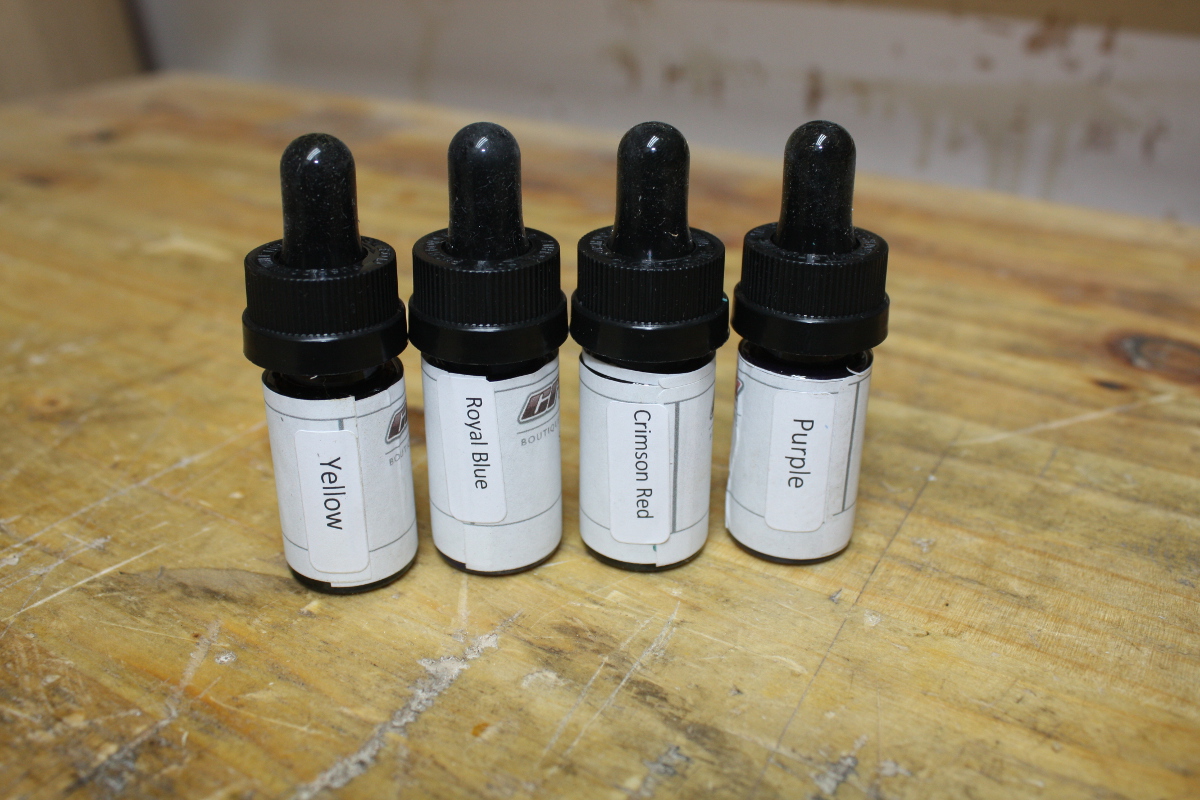 I don’t like painting wood with latex paint much, it’s a bit meh. But I saw a nice guitar or two being done by the Crimson Guitars mob with these water-based stains and there was a cool demo panel they did with them that I had an idea for: 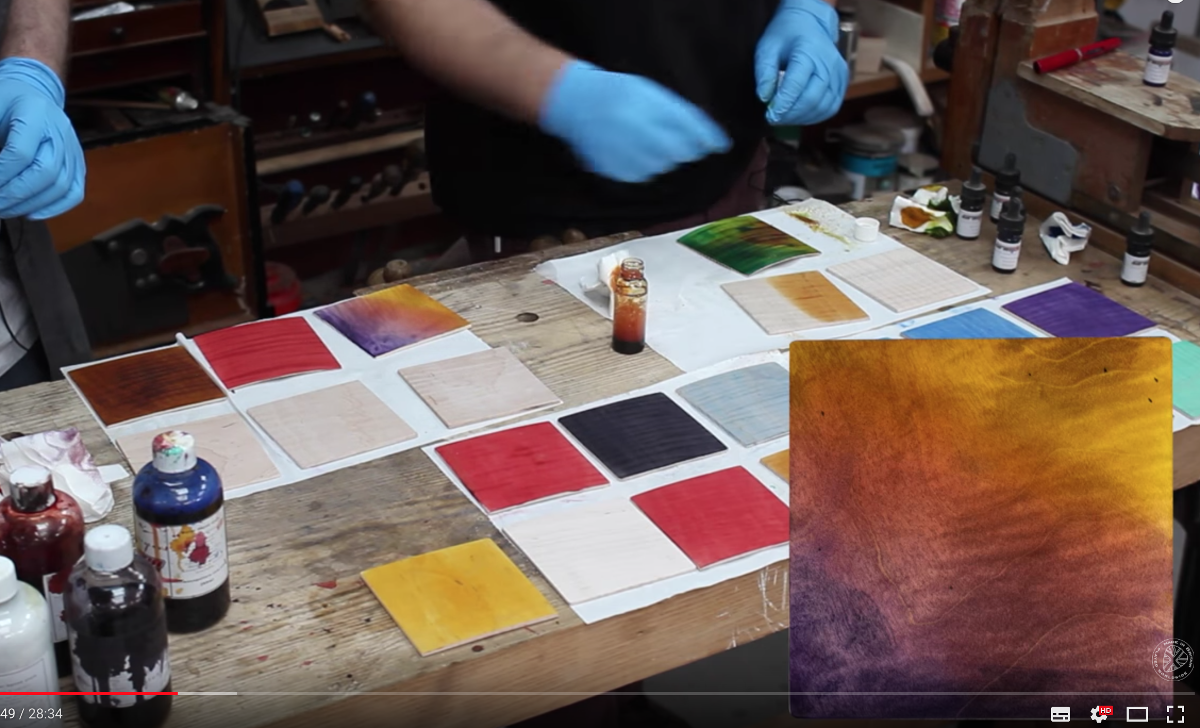 Might be able to replicate that. We’ll see. On with the presents… 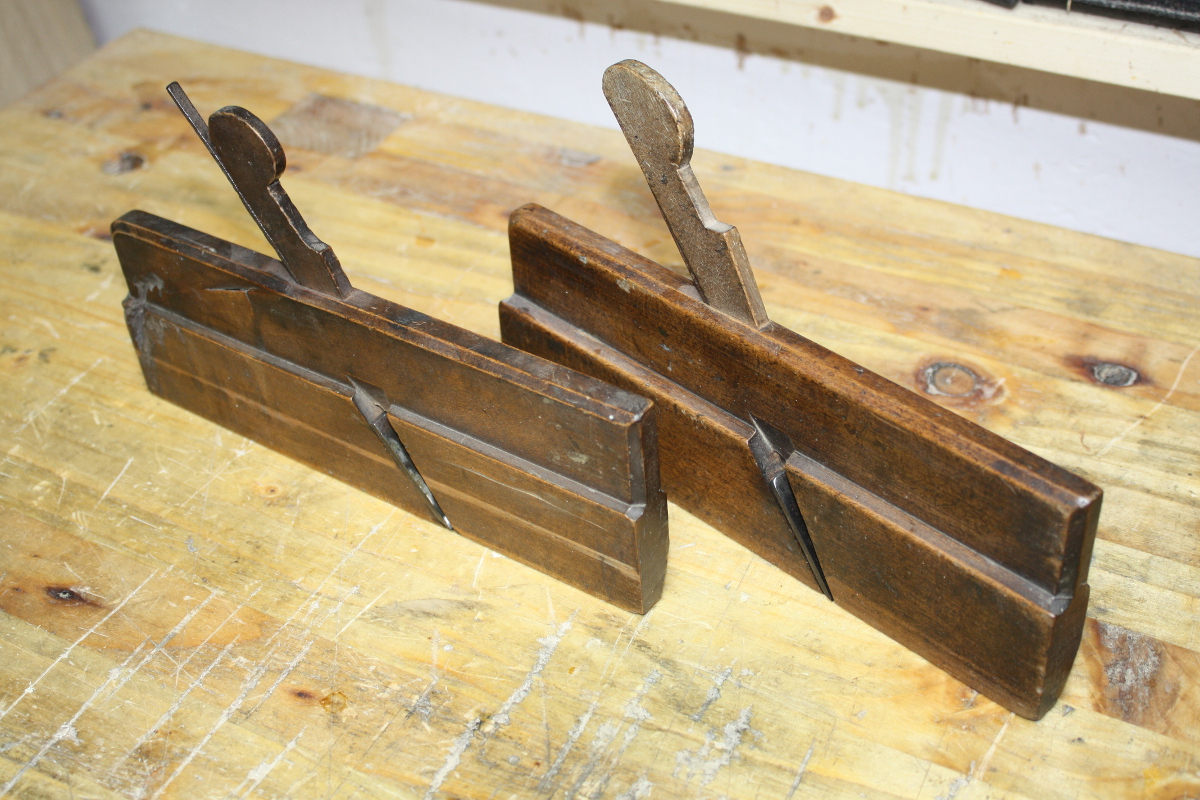 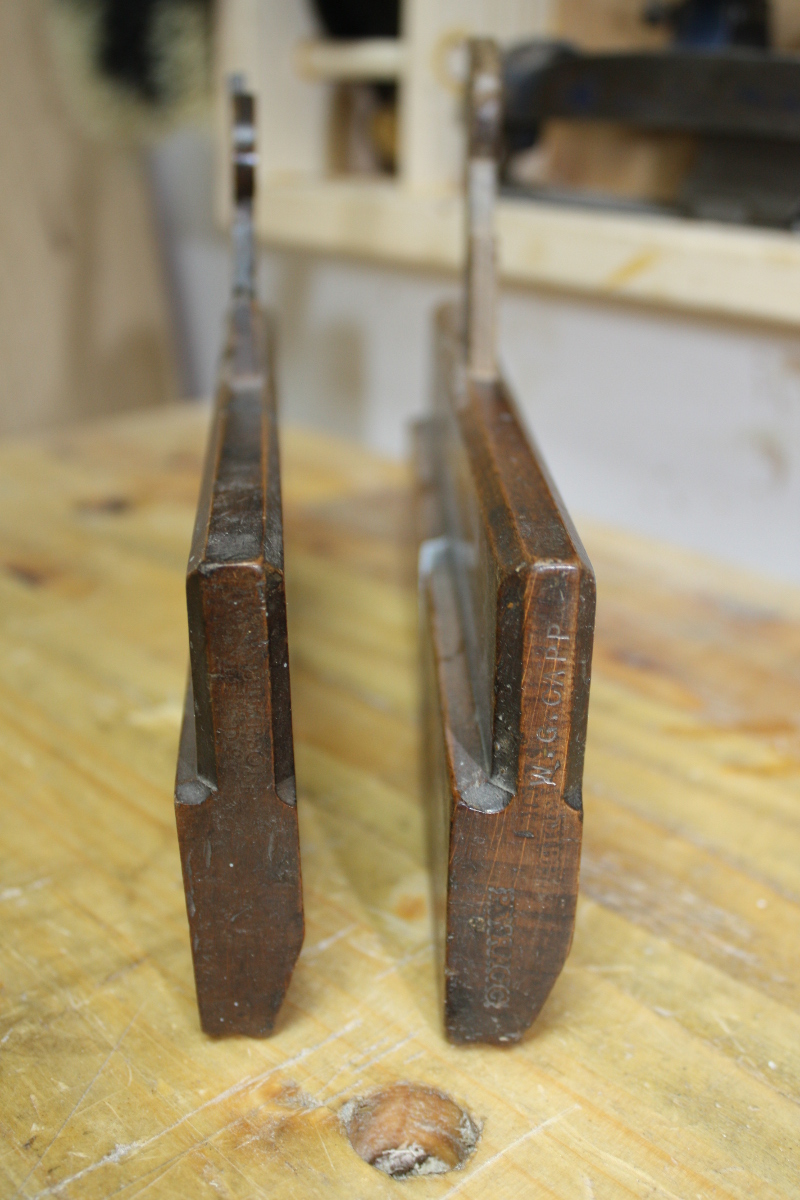 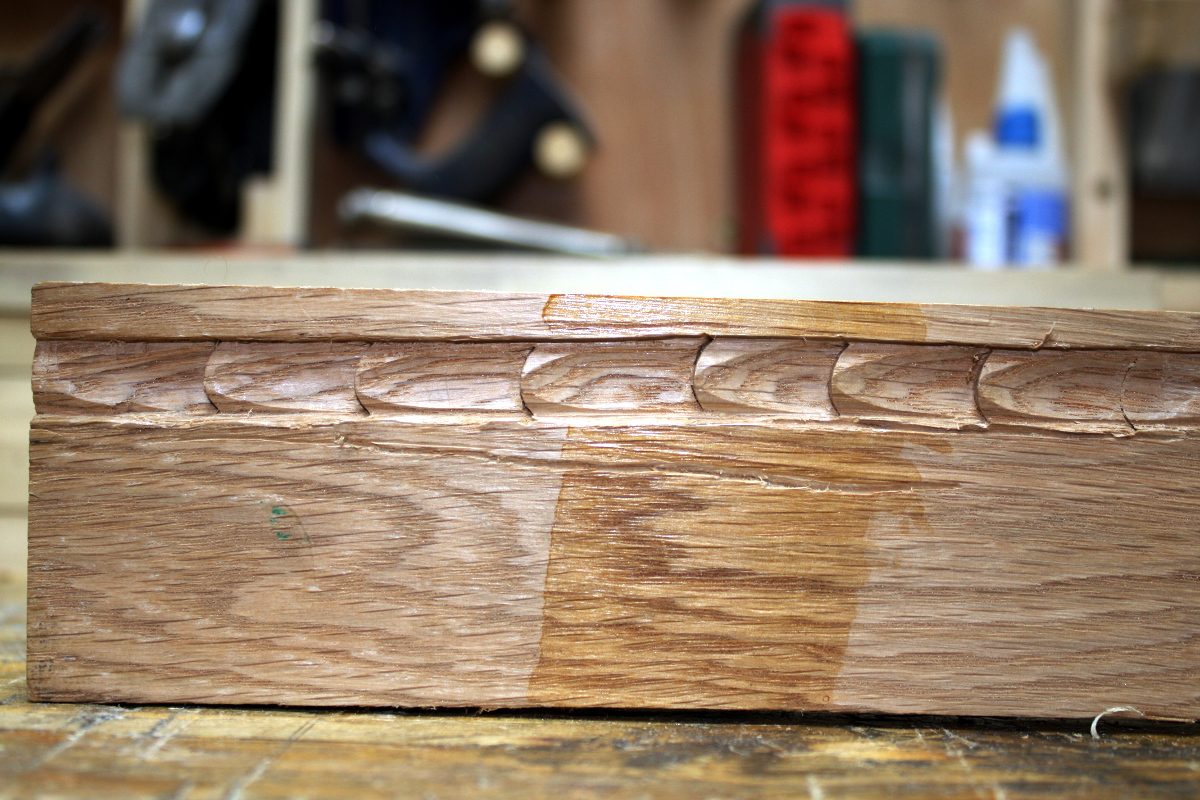 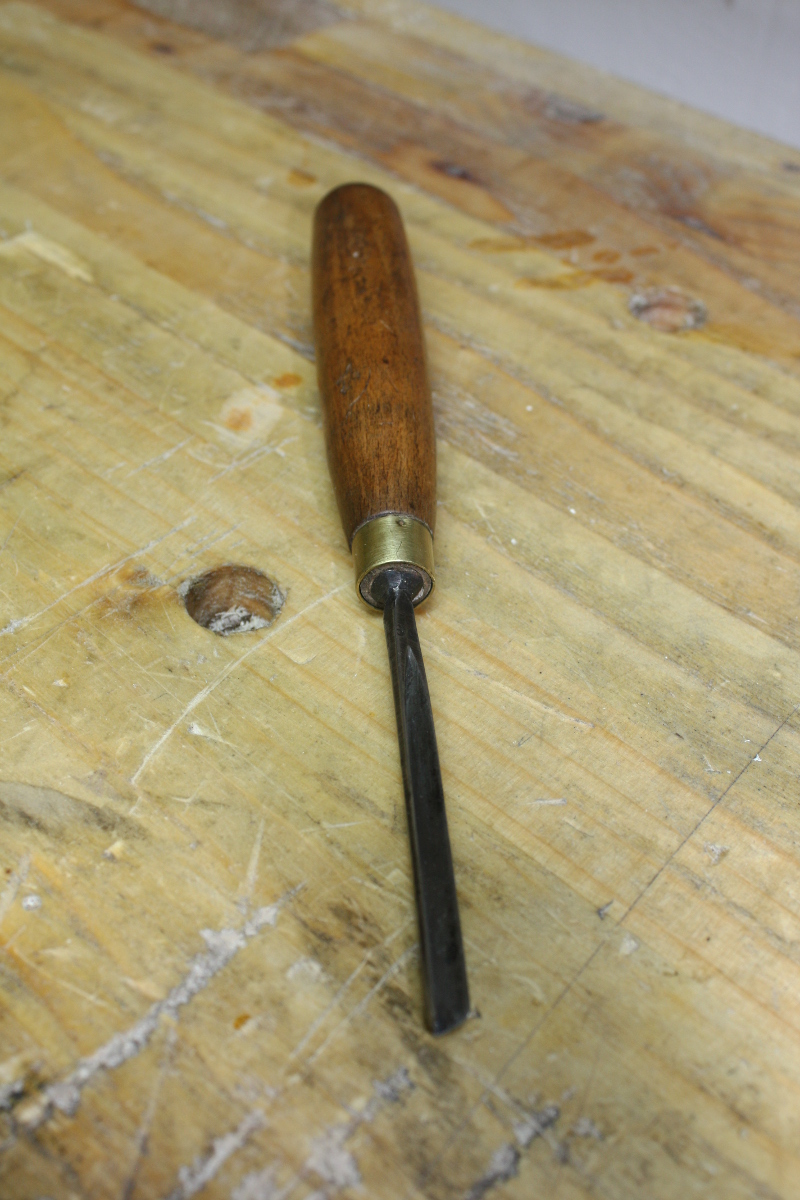 Nice V-tool. I bought a tiny little one from proops last week for two or three pounds and made a rudimentary handle for it, sharpened it up and it was useless. It must have been meant for a power carver tool or something. This one however, without any sharpening, was miles beyond that: 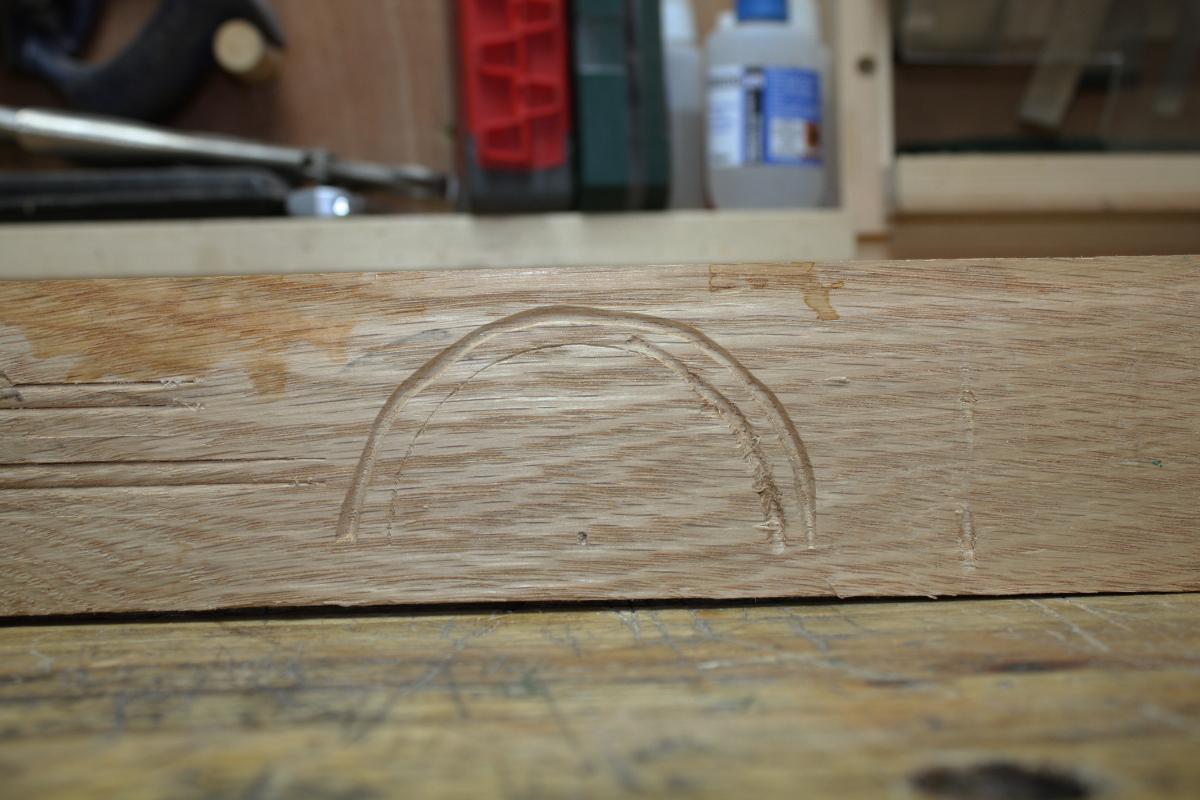 Proops on the inside, Mattheison (the new one) on the outside. Soooo much better. Still needs work, but that’s for another day.

And then the biggie… 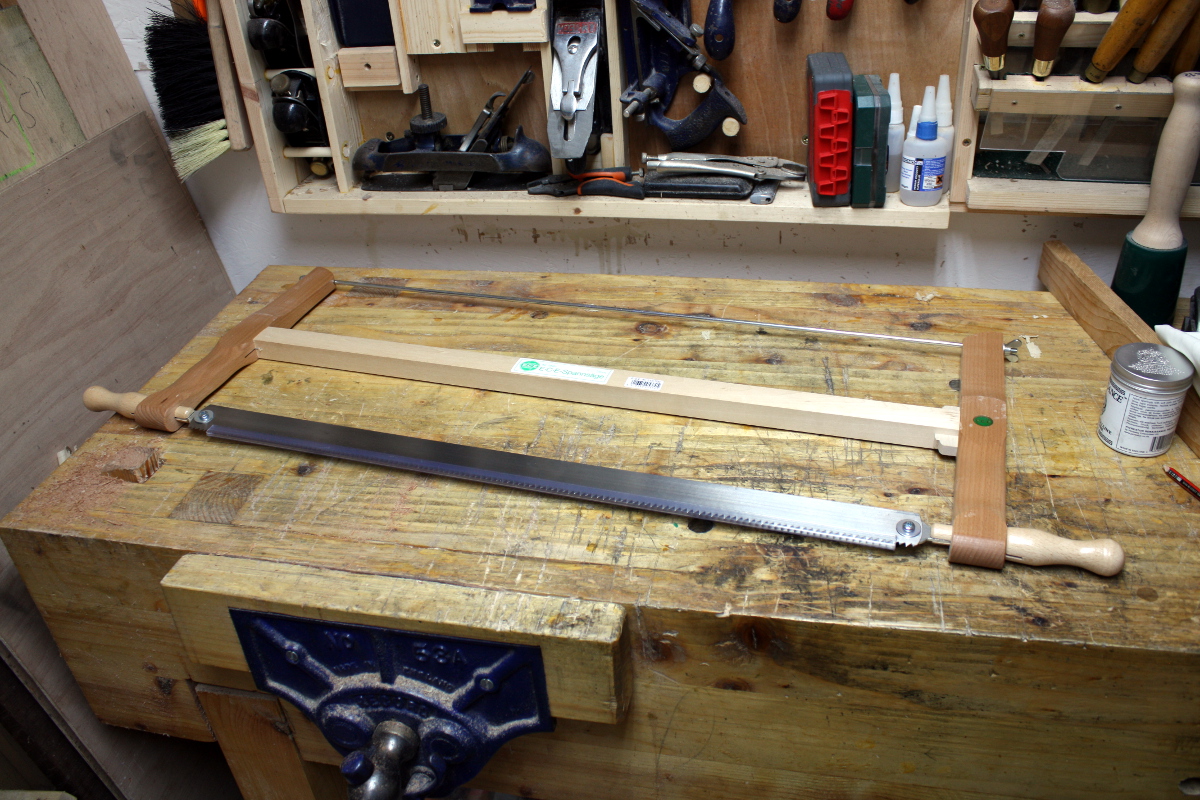 Frame saw! 700mm blade filed rip, compared to the ryoba’s 300mm. so you can see why it would have an advantage. This is the English pattern frame saw, not the French one with the blade in the middle, but for resawing this shouldn’t make any real difference. The blade length obviously will (the French pattern ones can be four feet long or more); but shed has a problem with French pattern frame saws… 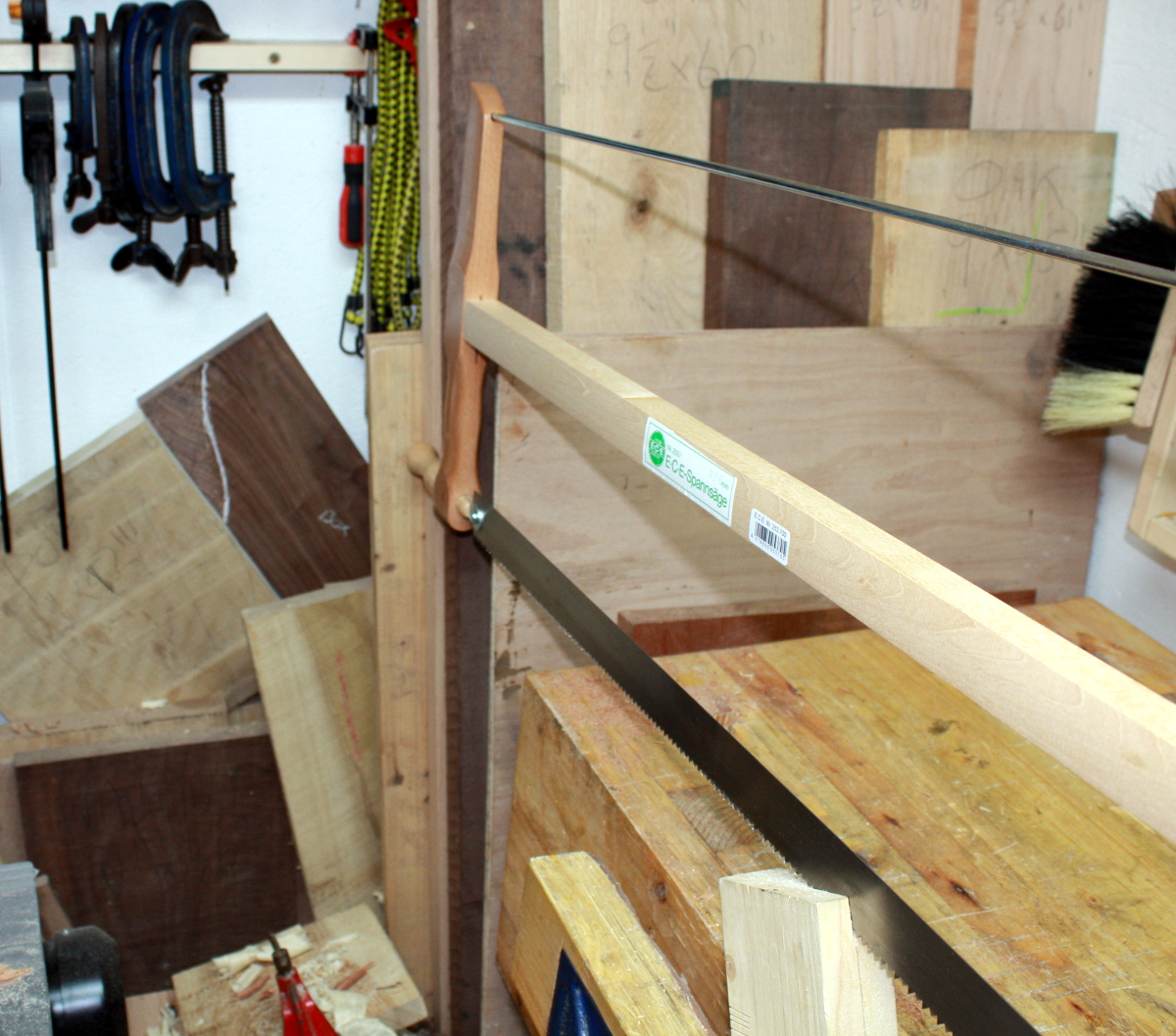 Specifically, there’s not enough room for a full throw on a 700mm blade (the handle is in contact with the wood store there); a 1200mm blade would require a small window be cut in the wall of the shed… but even I’m not ready to do that. As it is I’ve had to move a few pieces of wood around in the store.

So obviously, this needs testing in something other than pine (which was the first test cut). 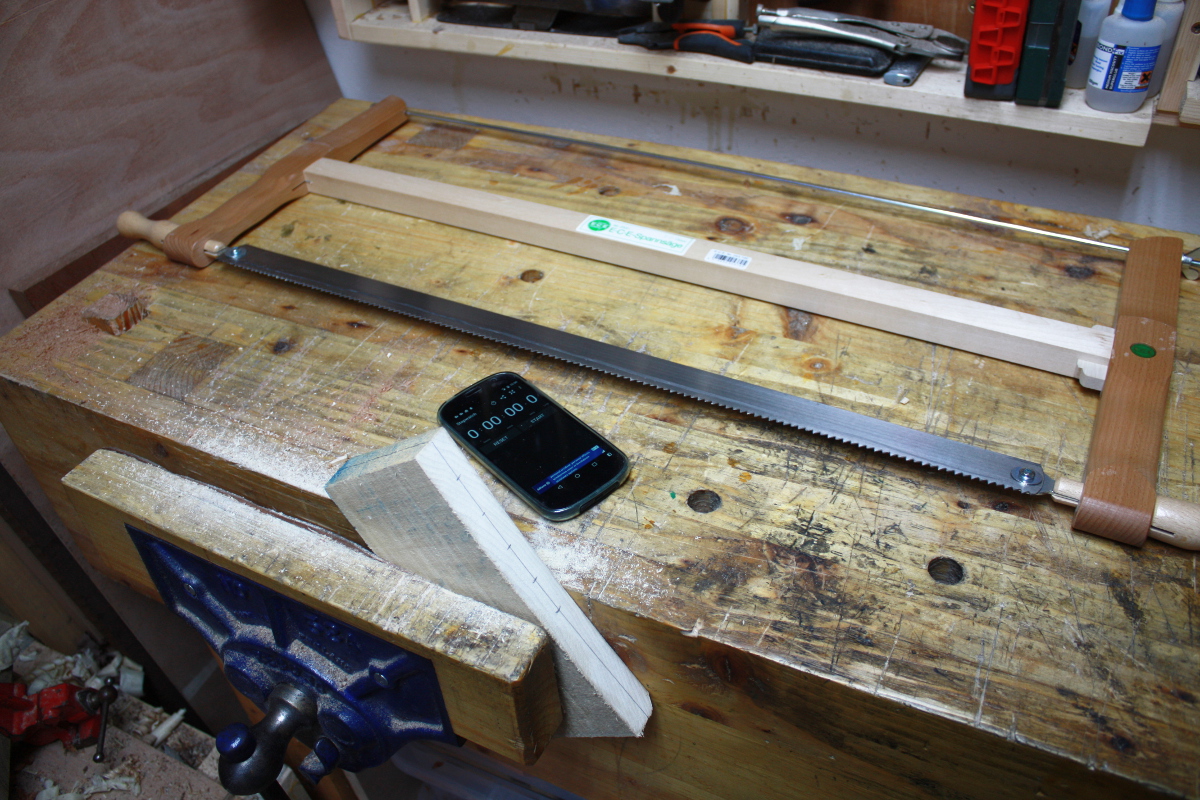 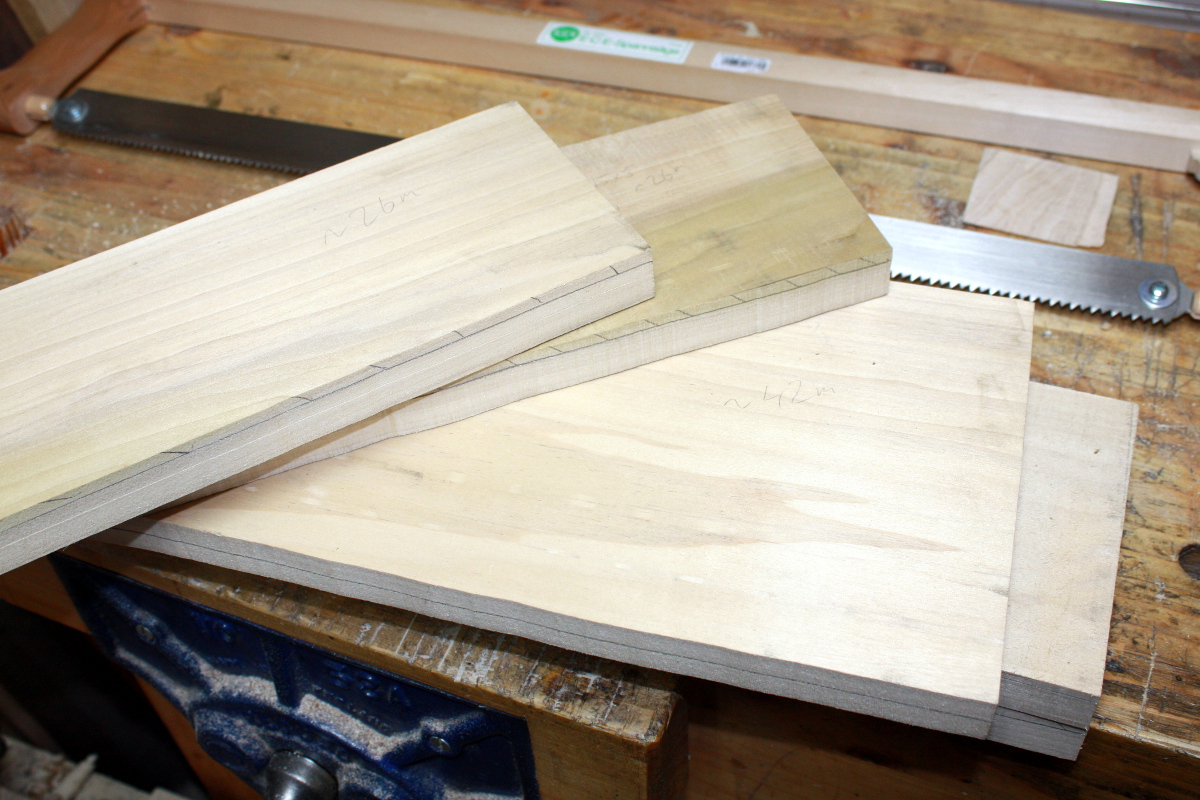 So I thought volume removed might be a good guide; that’s the saw kerf times the square area cut through, and the kerf won’t change so just look at the area. Should be 0.347 minutes per square inch, right? That means the 5″x15″ pieces should take about 26 minutes each. Yikes. Okay, let’s give that a go. 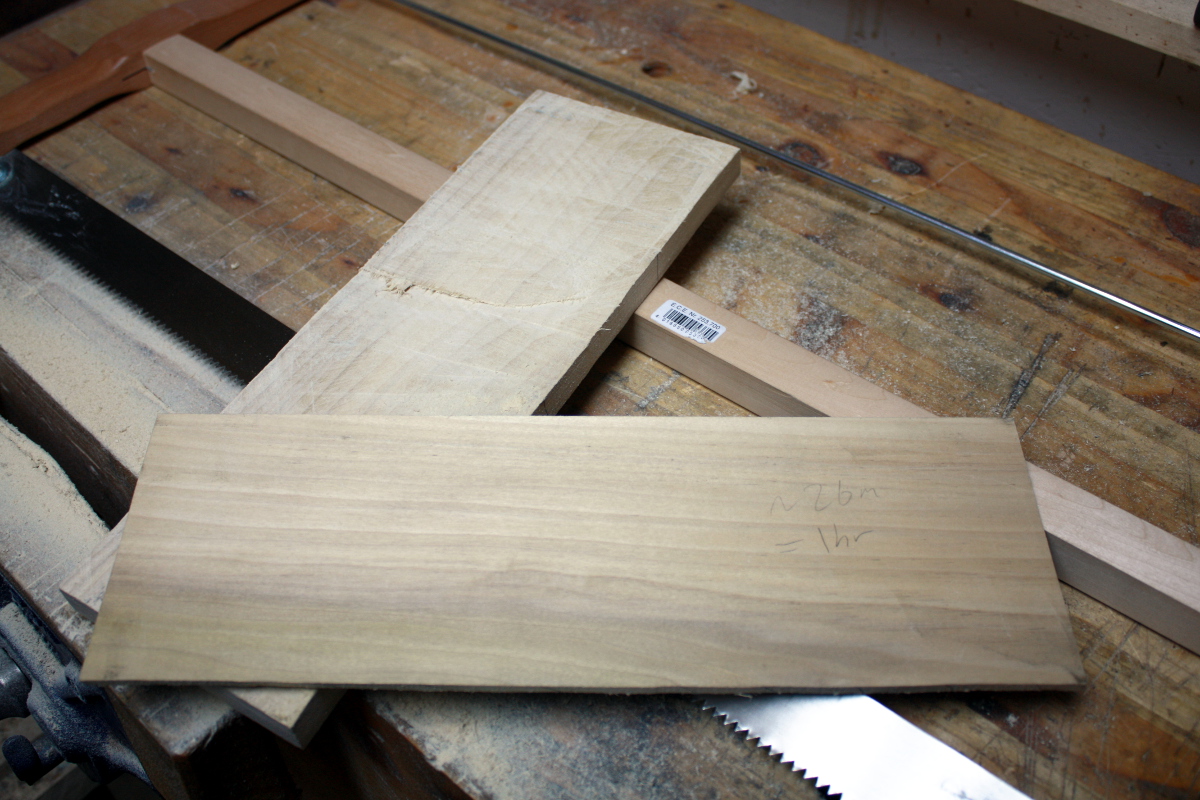 Holy crap. An hour. It took a sodding hour. I mean, it’s a lot less effort than the ryoba was and maybe I just need to get the swing of it, but a stinking hour… 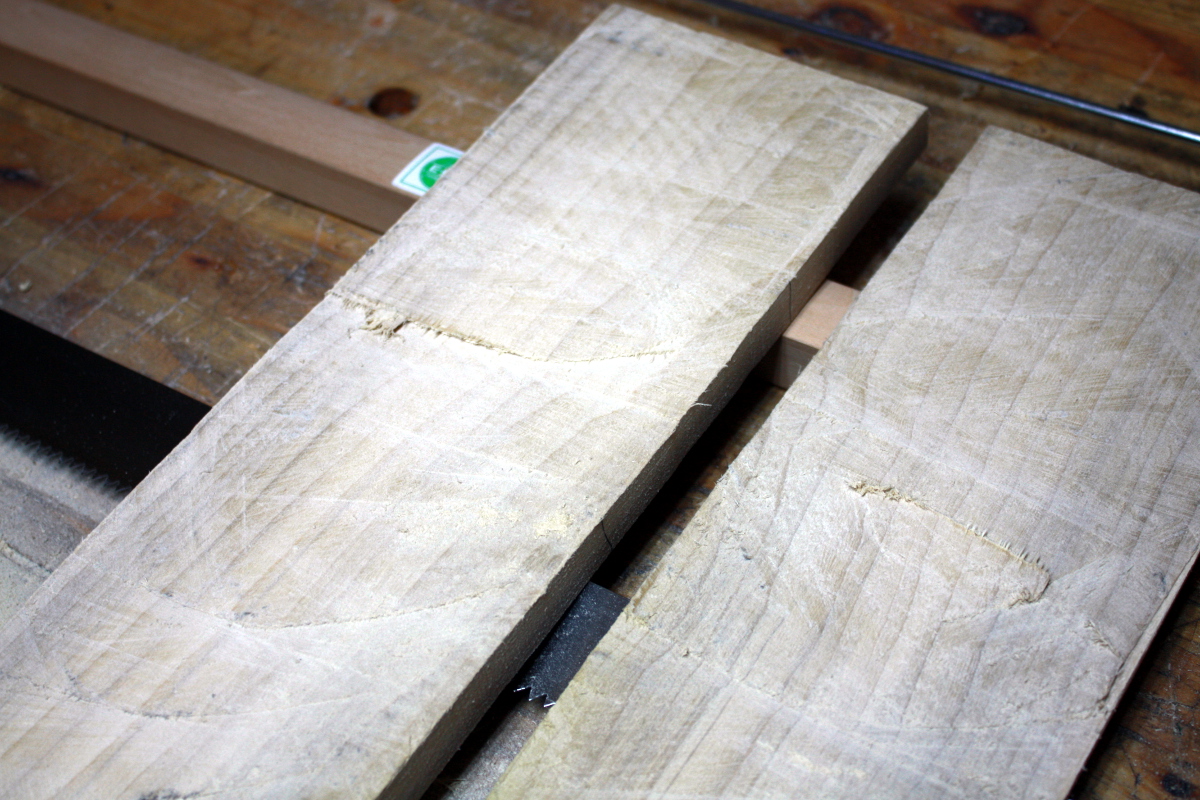 Cut quality is okay. Ryoba’s better but then it’s a finer plate. Maybe I need to sharpen the saw? The teeth are sticky-sharp but maybe they just need a touch-up.

So how long does it take to thickness off that quarter-inch by scrub plane? 15 minutes. And that’s to thickness and flattened and with the twist taken out. I ditched the saw idea for the sides and thicknessed them by scrub plane as well. And I had to mill another piece because the side I had sawn went from three-quarters of an inch sawn to half-inch when smoothed out enough to use. Gah. So that’s the shelf 😀 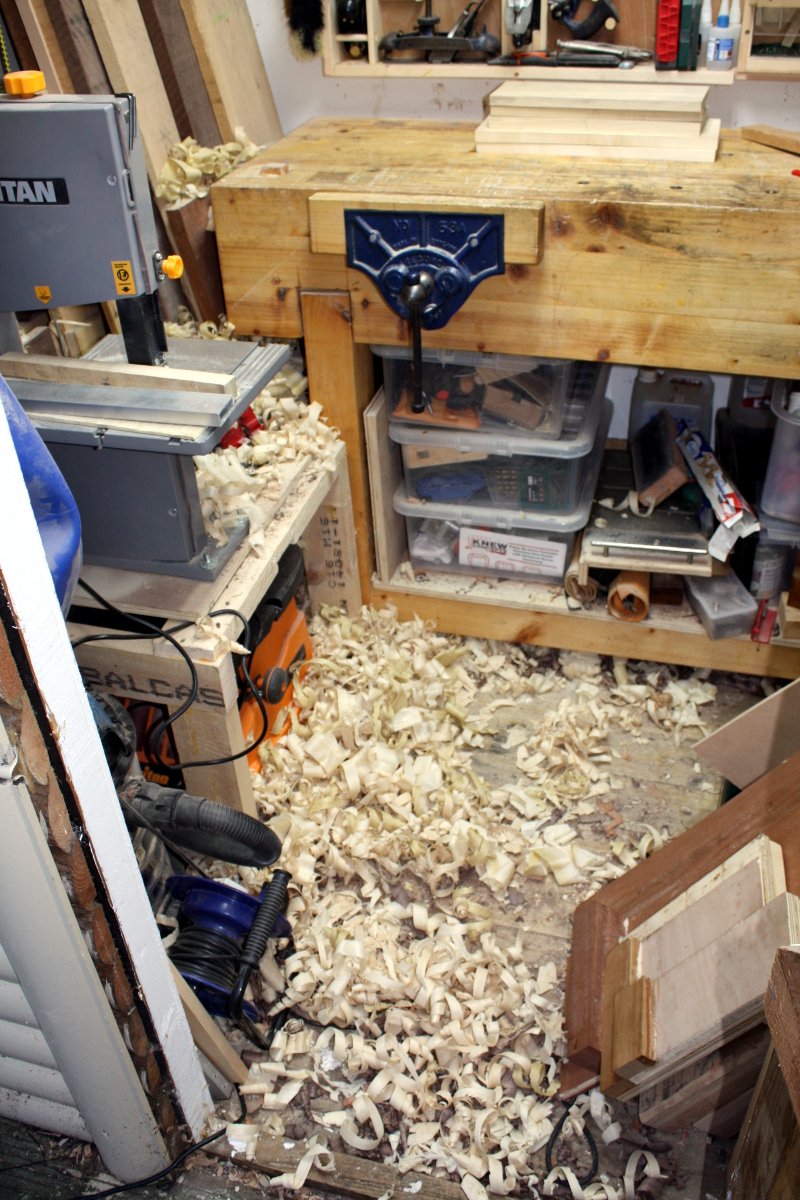 That’s the downside of the thicknessing approach really. You convert material into waste at a fair clip. That floor was clean this morning, that’s all from today. 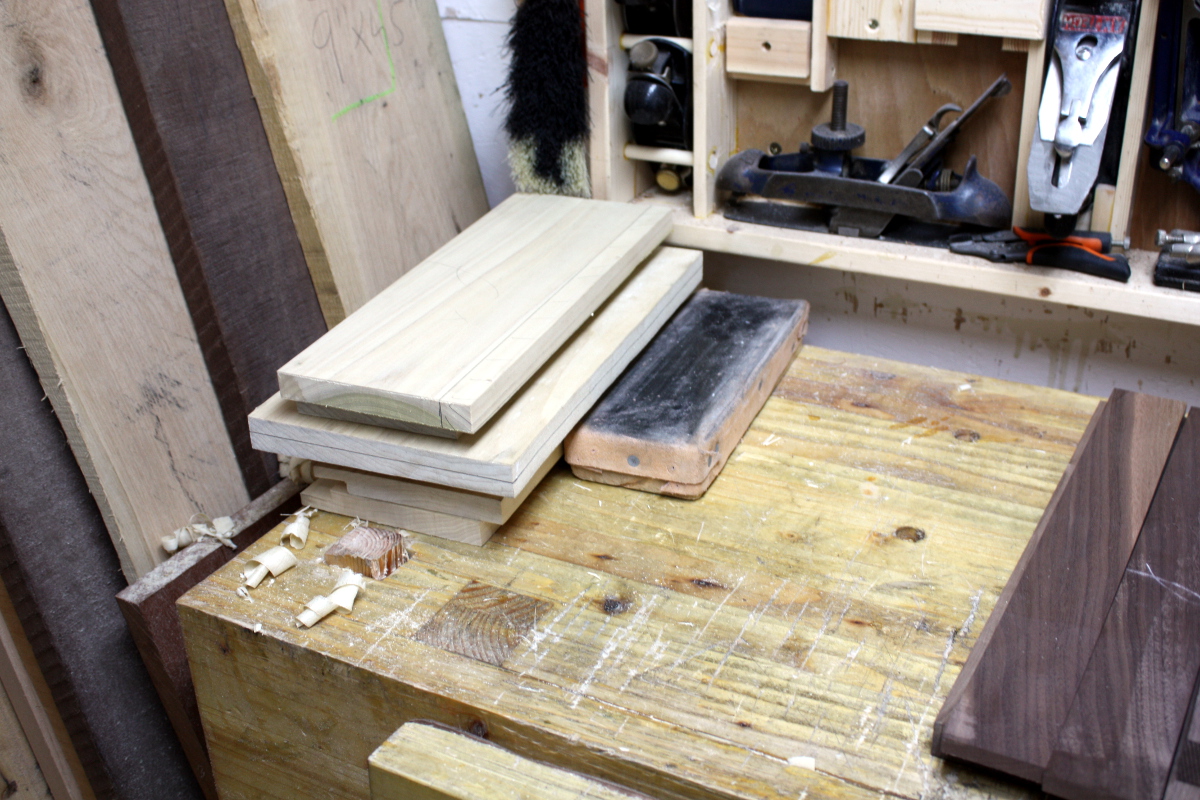 But we have all the parts milled and squared and I could get started in on joinery at last. 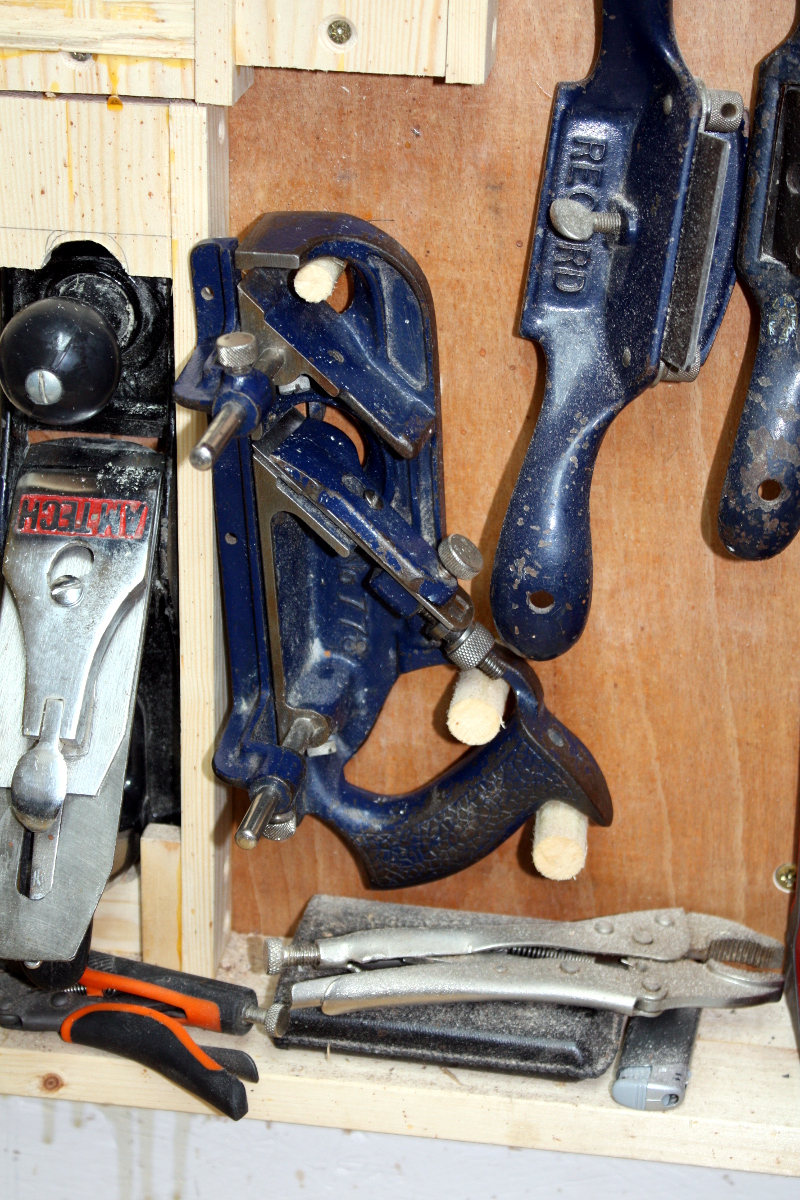 Enter the rebate plane again, and I took a quarter-inch by one inch rebate off the backs of the sides. 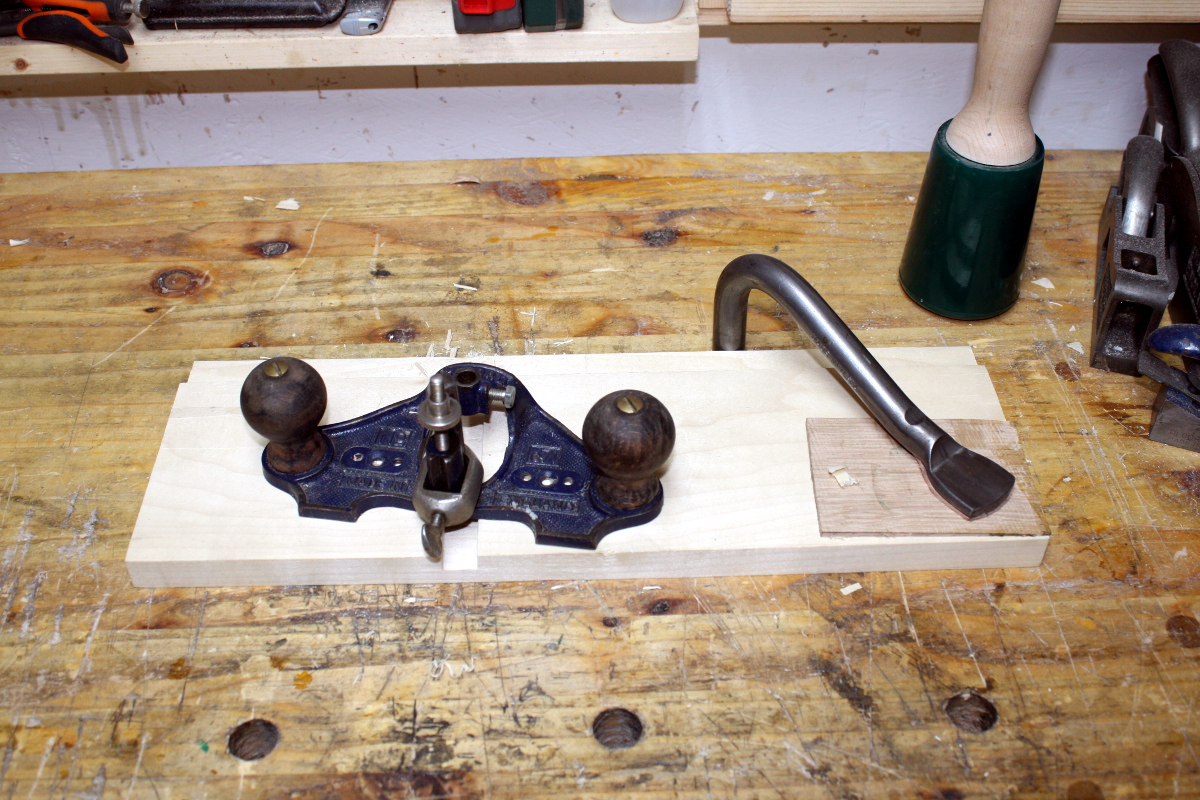 Then out with saw, chisel and router plane and I cut the housing joint for the shelf. 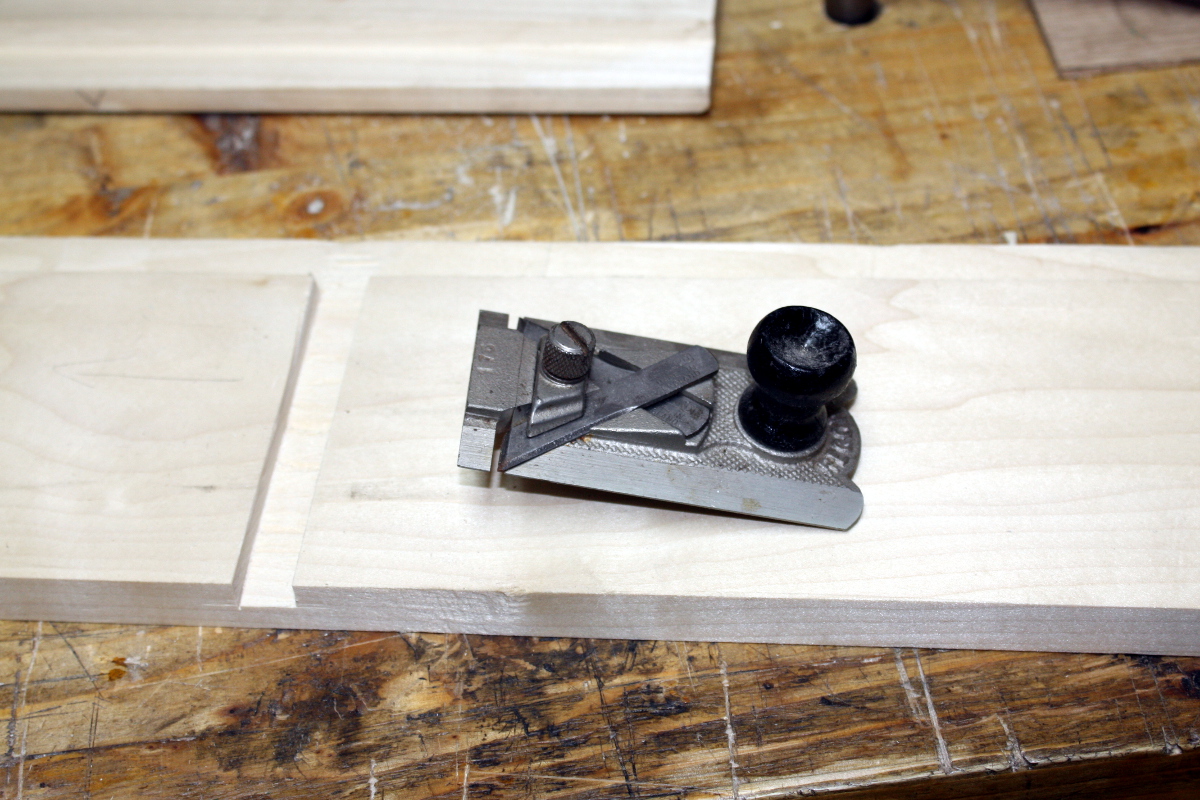 Even got to use my side rabbit plane to trim the joint a bit. Slightly fiddly but… 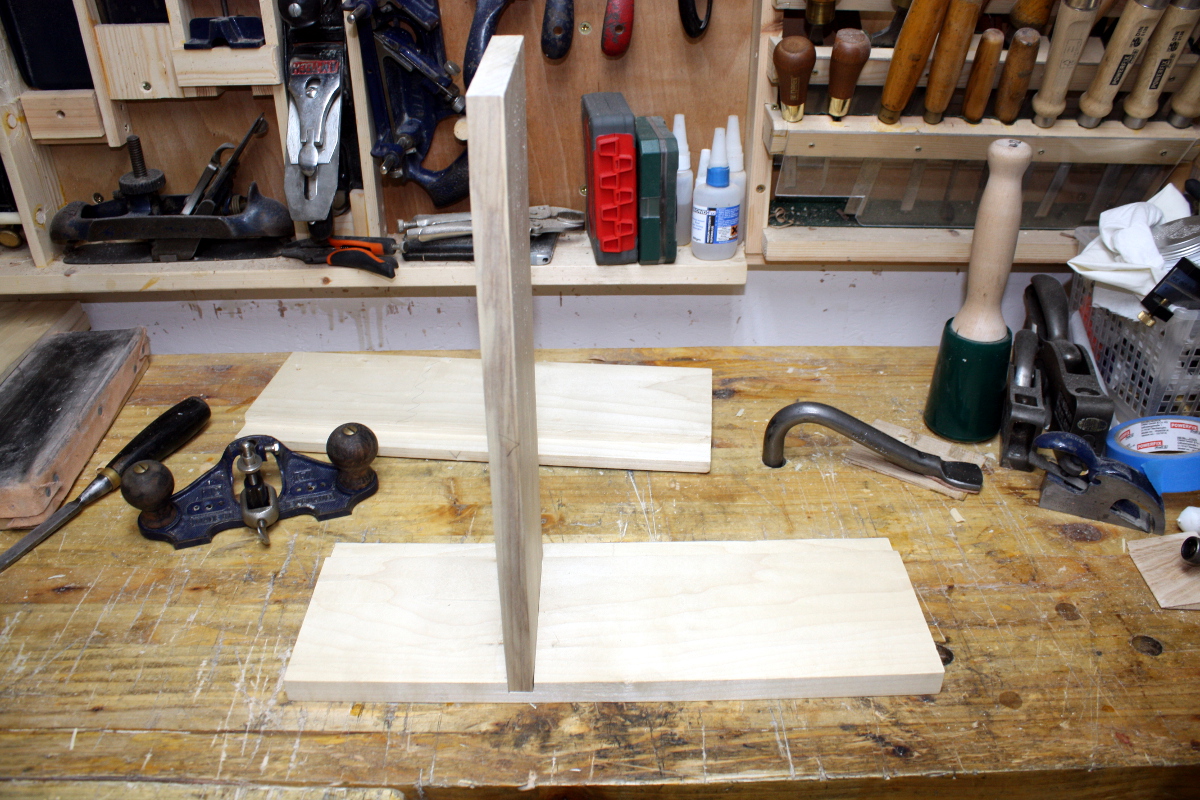 Sorted. Fairly late at this stage and I started on the top and bottom which will be dovetailed into the sides. They needed a bit of treatment on the shooting board and then I realised I hadn’t cut the bottom to width yet (doh) so I marked out for that and I’ll hit the bandsaw in the morning and do that and the box blanks I have lying around. 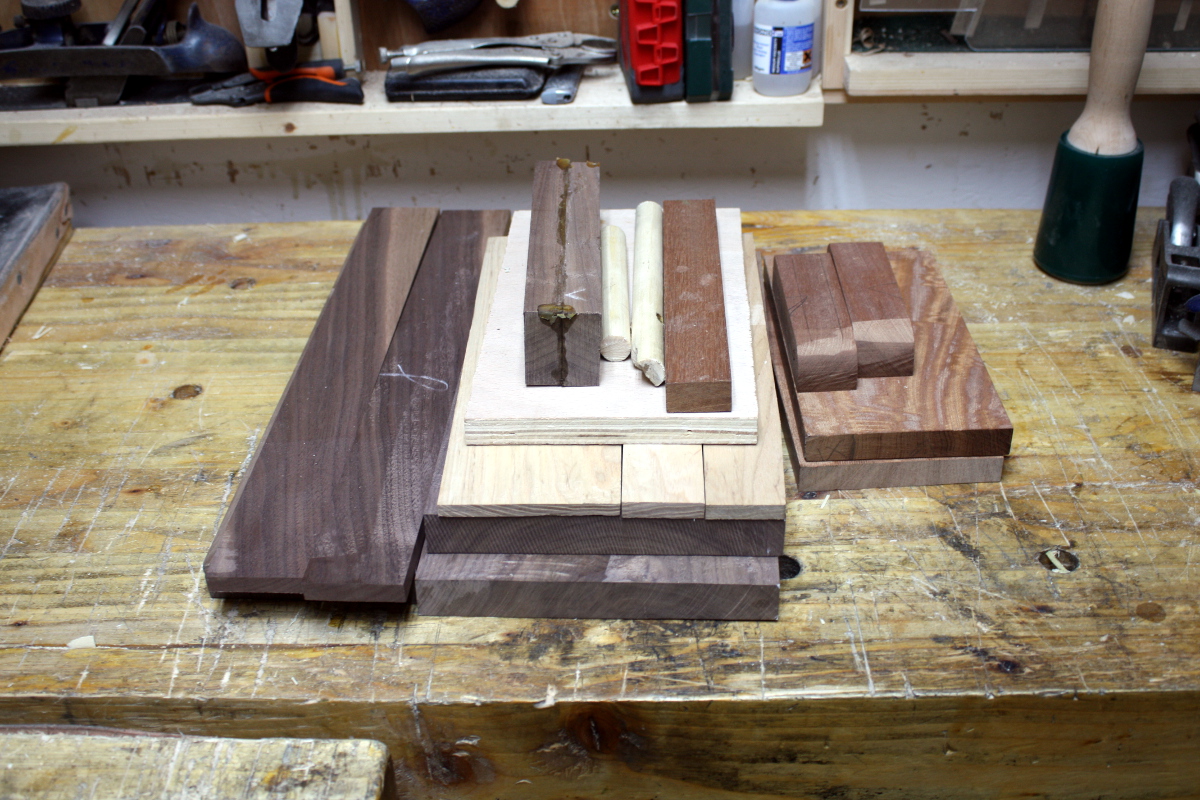 And then I’ll make up that Japanese saw hook and get to dovetailing.

That was it in the shed for the evening; had to hit the kitchen to make gravlax for the family xmas dinner. Pretty simple recipe.

Take your fresh salmon trimmed and de-pin-boned to your liking. Measure its weight. Now mix a quarter of that weight in salt in a bowl with an equal weight of castor sugar and an equal weight of grated beetroot. cut a lime into wedges and fillet out the pulp and discard it; cut up the rind to small pieces and throw that into the mix. Now throw a good sized bunch of dill (chopped) into the mix. Put the salmon into a sous vide bag or lay it on some clingfilm or use tupperware, just keep this contained because beetroot is a great dye. Douse the salmon in the mix, then wrap it in your chosen containment method and put it in a secondary containment tray, put another tray on top and weight that down and then put the whole assembly in the fridge for a few days. Turn the fish upside down daily. Three or four days should do it. Then you remove, rinse off the salt/sugar/beetroot/dill mix and pat dry; slice thinly and serve on blinis or however you like to eat smoked salmon because this is like that only tasty.

Also, whatever you do, don’t put it in the fridge and relax for an hour and then remember when writing up the recipe for the blog that you left the dill sitting on top of the counter and the mix was missing a key ingredient because then you have to reopen the bag and chuck everything into the bag and squish it around a bit and get covered in beet juice a second time and you’ll have an opening in the glove that lets the salt in to find the four or five small nicks you got from the chisel and cleaning the throat of the fillister plane earlier.

By the way. Meet our new breadbin, courtesy of TK Maxx. Made from bamboo. 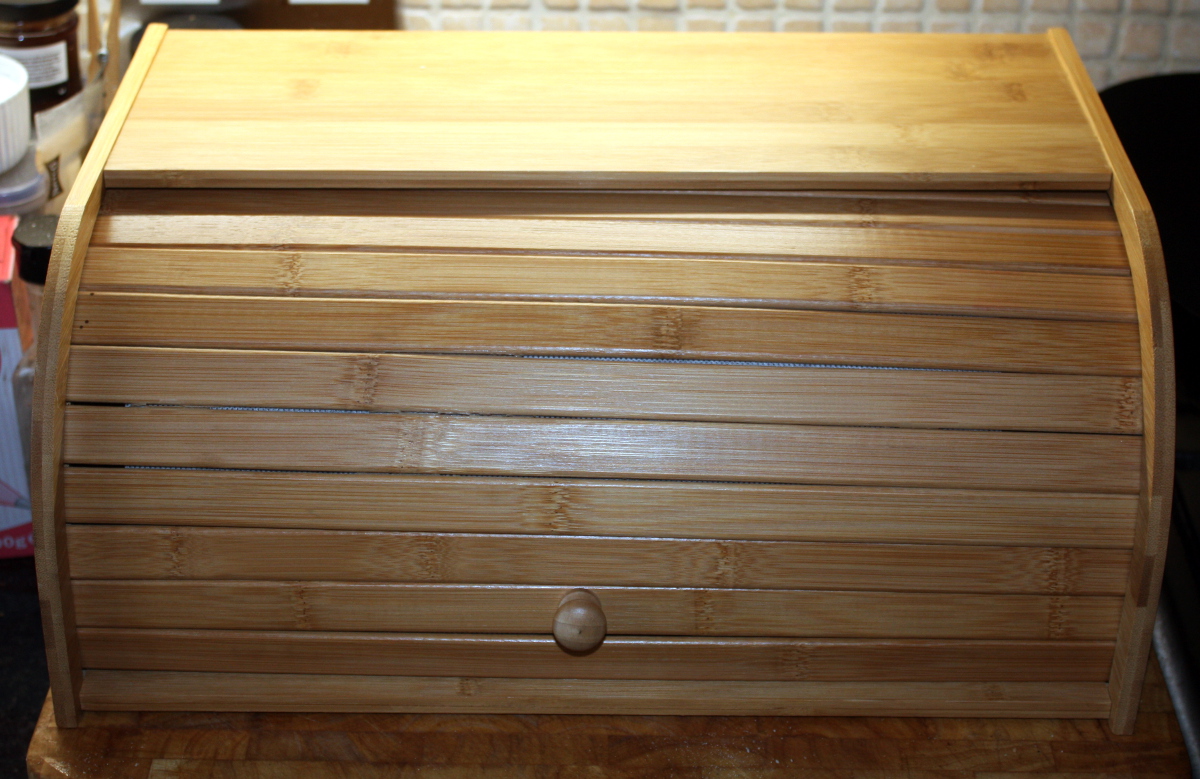 Is it me? Am I the crazy one? Or does that crooked joint at the top of the tambour drive your fingernails into itchy mode as well? The whole top hasn’t even tried for a square joint with the sides. It’s a good ten degrees out.

There’s nothing for it, I’m going to have to make a better one, aren’t I?