So, don’t get me wrong, I know this is a nice problem to have, but still… 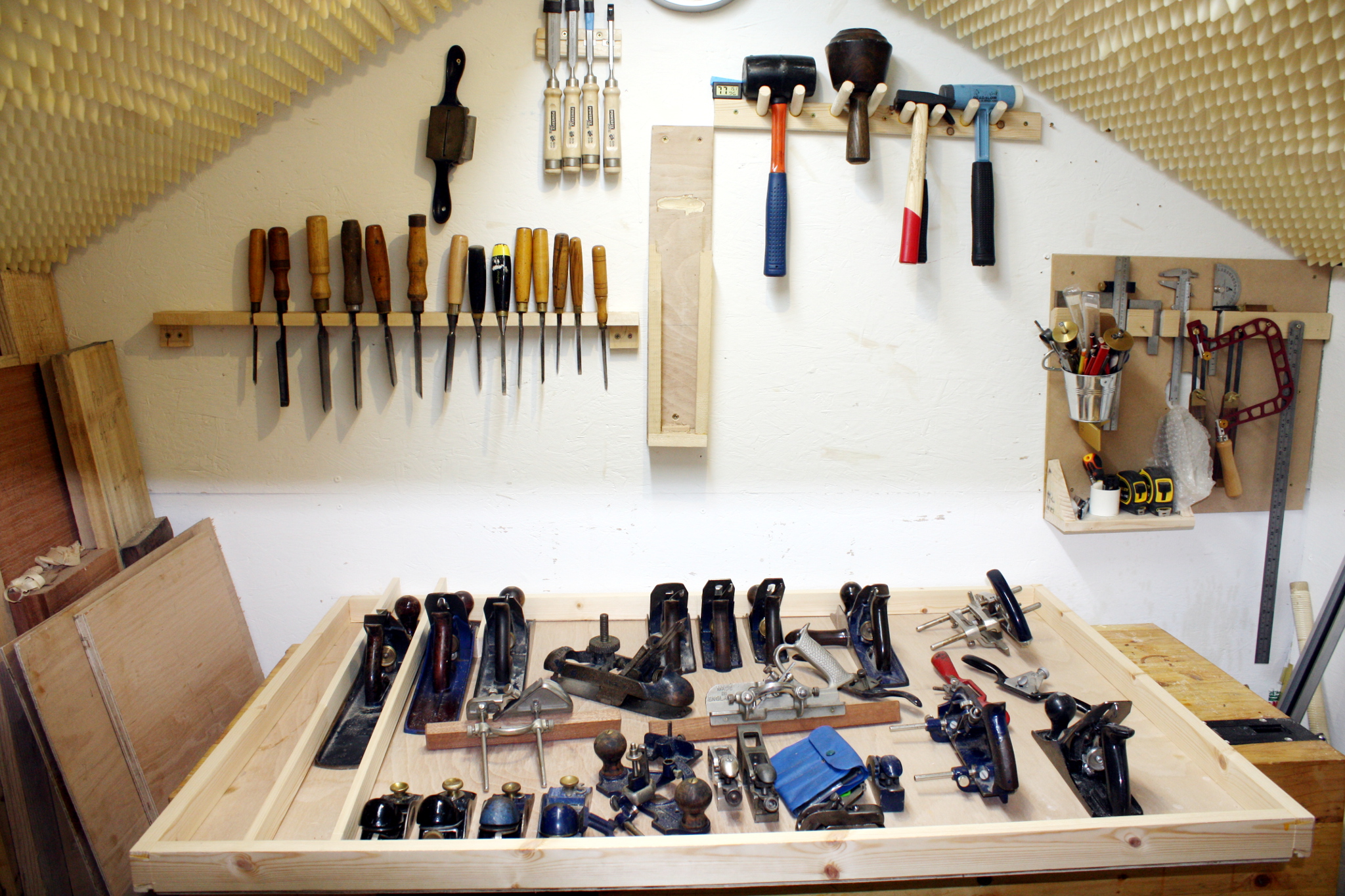 Dovetailed and rebated border all glued up and fitted to the plywood panel, grand but now I have to figure out how to get all those planes on there and the chisels as well (the hammers will move to the side wall I think).
Also, leaving space for a Record #08 on the left, a Record #02 on the right and a Record #05 which I was absolutely certain I had bought but apparently I’d decided I didn’t need one because I had a #05½ and a #04½ already. Stupid sensible idea, that one.
Mounting might be interesting. I don’t think french cleats will help here, so I guess we’re down to a few dozen countersunk screws through the plywood and into the studs in the shed wall. But that’s an awful lot of cast iron…
BTW, I don’t expect much from knotty pine whitewood bought from woodies, but dammit, was I asking too much to expect that a 1.8m length of 43x12mm whitewood would be 1.8m of whitewood and not several 30cm lengths scarfed together? Good grief.

This entry was posted on Monday, April 3rd, 2017 at 2001 and is filed under Shed, Tools, Woodworking. You can follow any comments to this entry through the RSS 2.0 feed. You can leave a comment, or trackback from your own site.