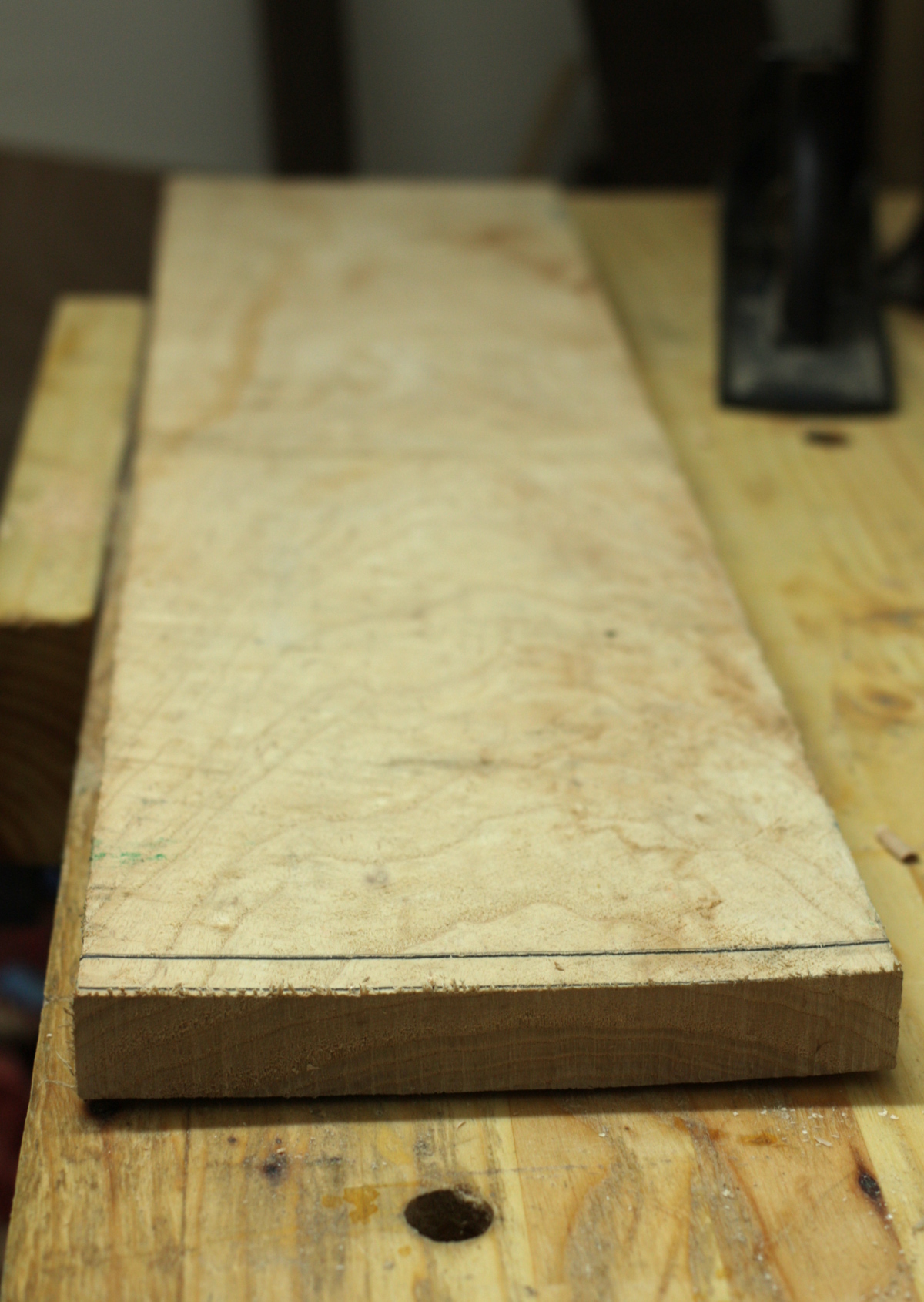 Tonight was mostly cleaning down from the weekend. I broke down the jig, saving the screws and while the sharp hammer blow took care of the glued on blocks, it did it by removing the block and the top millimeter of the MDF. Oh well. Have to rebuild it anyway. Need taller blocks and I’ll probably cut a bit of the MDF base off to make a drying form as well (the idea is you bend it on the bending form, let it on that, then take it off, remove the bag and the strap and all that, and then clamp it to the drying form and leave it there for a week to dry and set fully).

Then it was time to start in on the next eight slats for the cot. I got the remaining half of the 72″ ash board I got the last eight from and cut 31″ off that (the ends were a bit ragged so I left room to trim it back to 30″), and brushed off the muck. 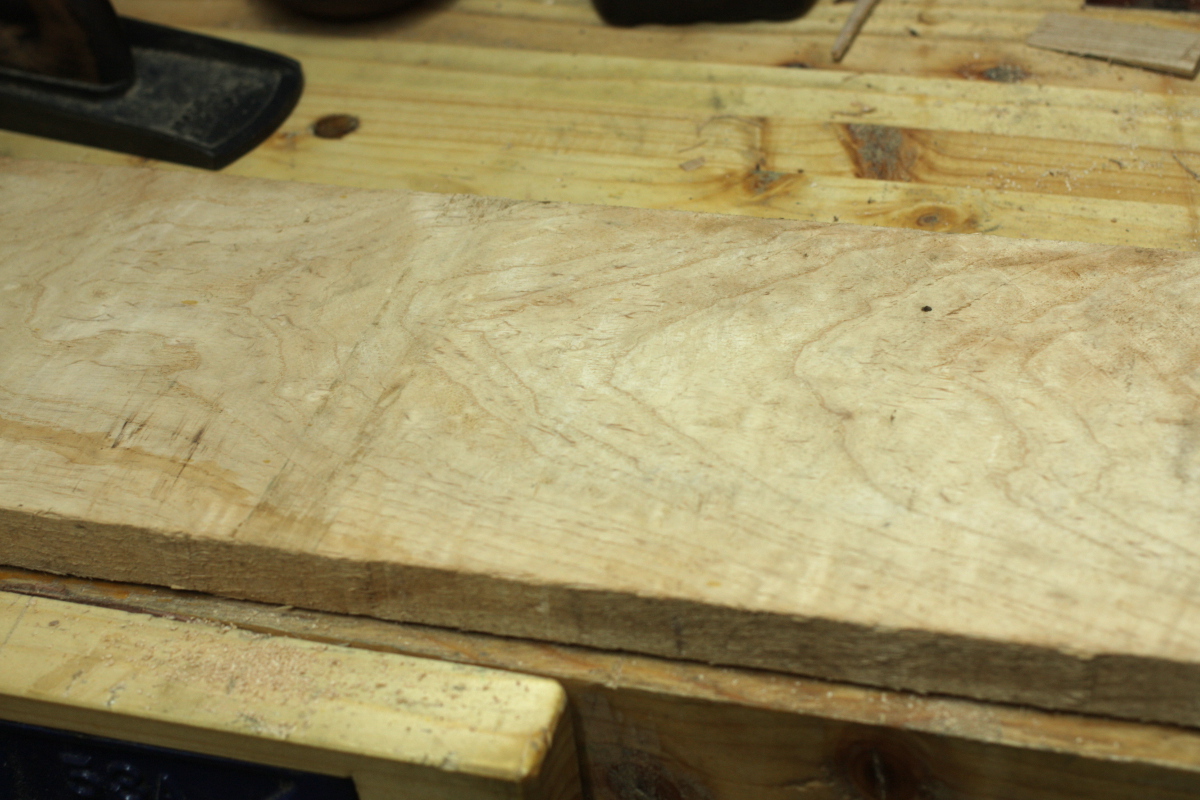 Kindof mucky still really, but that’s what you get if you sit about in a timber yard for ages and then a shed. But fifteen minutes with a jack plane on the faces, edges and on the ends with a shooting board later… 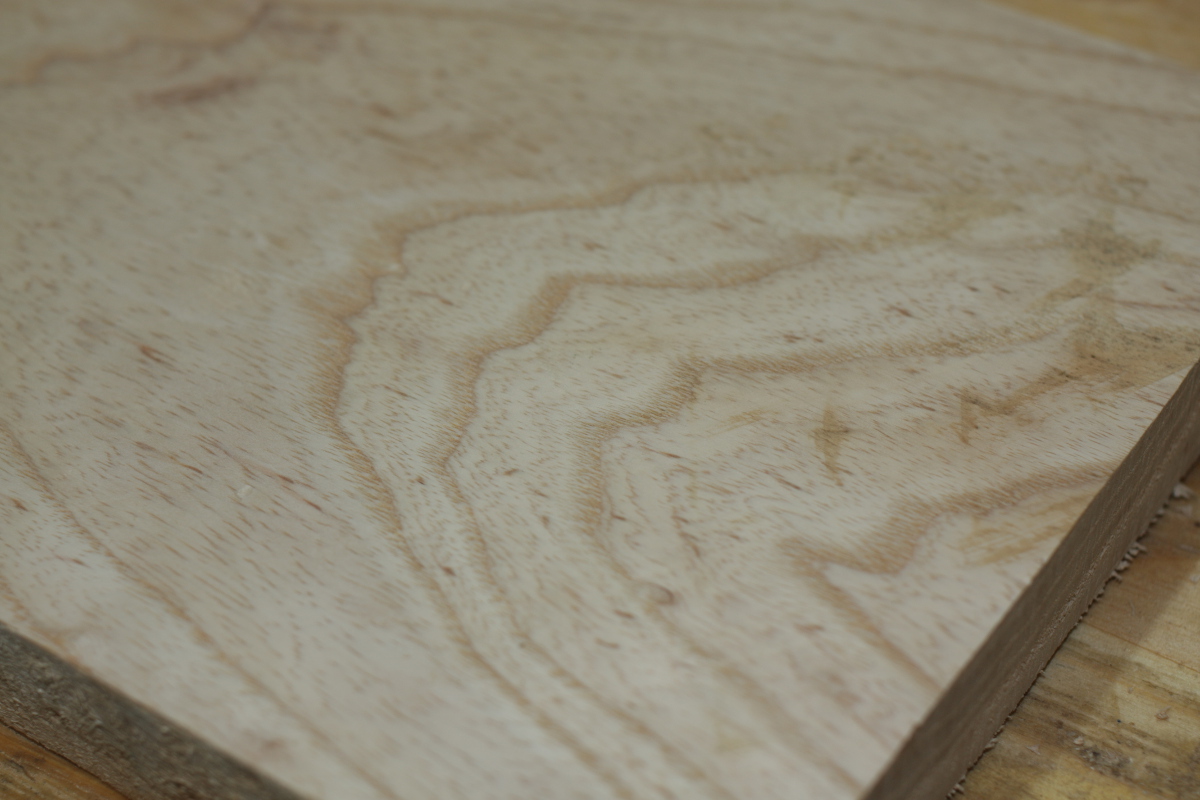 It’s just lovely. It feels like slightly textured glass, there’s lovely grain in it, it’s just downright pretty. It cleans up well 🙂 It was almost painful to mark it up, but it needs to be broken down so I set the gauge to 46mm (it’s 189mm wide) and marked off the first lath. I’ll rip that out tomorrow, then plane a fresh clean edge and mark the next and so on.  Ash is pretty. I need to buy more of it 🙂