Not much progress on the project this weekend, the shed to-do list won this time. Started by getting the chisels off the bench and onto the wall in a very rough holder that I plan to replace later: 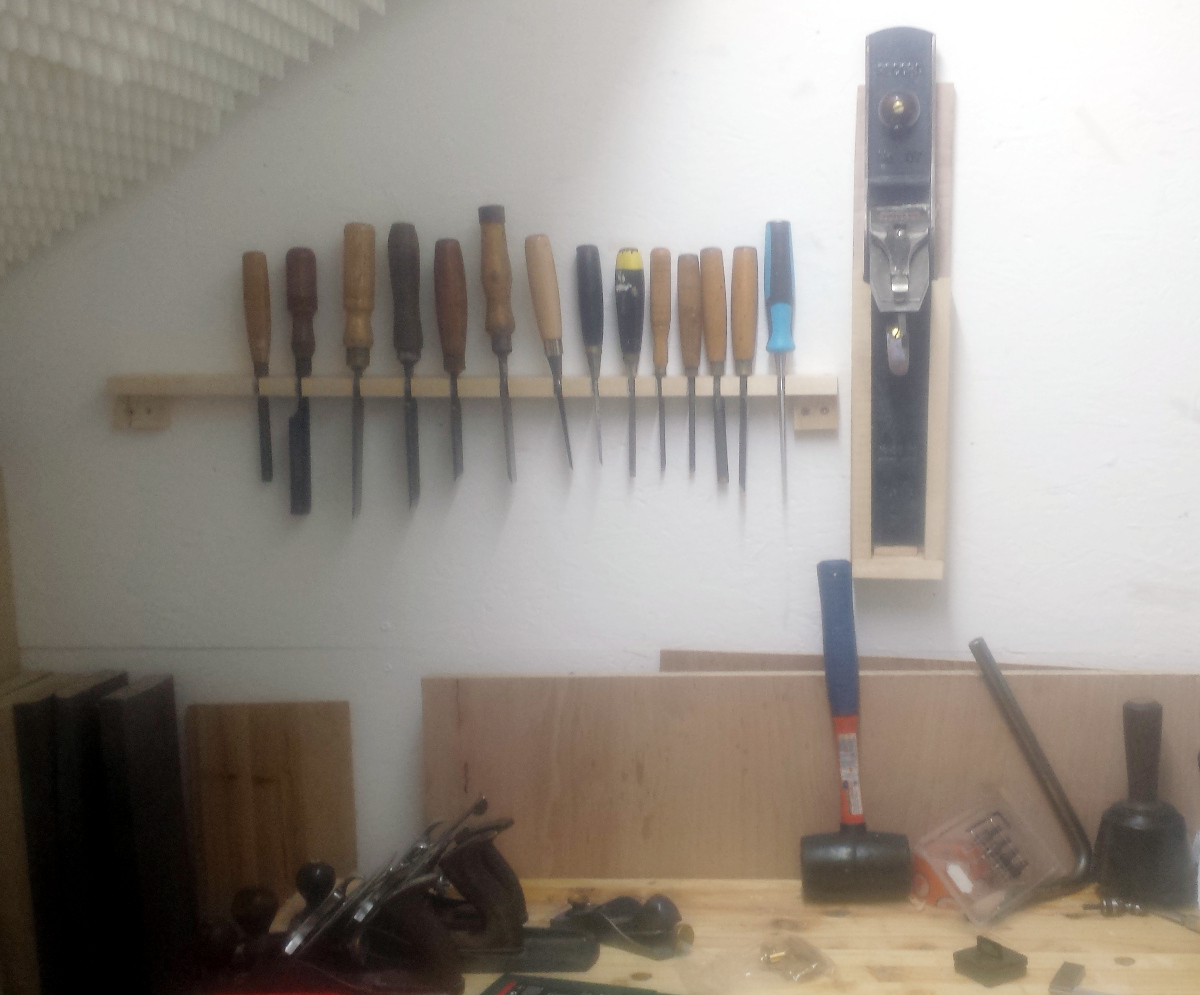 And it’s a good thing I plan to replace it because I was leaning over to the last screw on the left (there’s junk on the floor in the way) and slipped and squeezed the trigger on the drill driver: 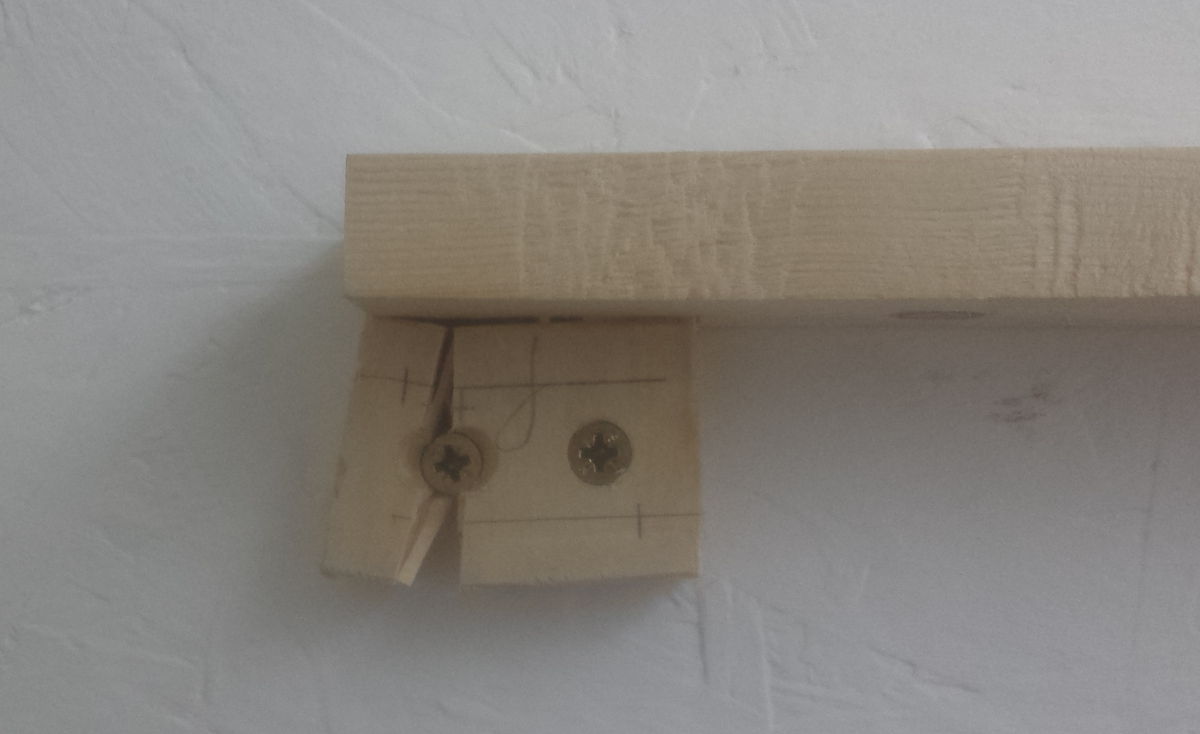 This is the problem with power tools 😀

I knocked up a quick bench hook to match the shooting board, they’re nothing fancy but they’ll work for now: 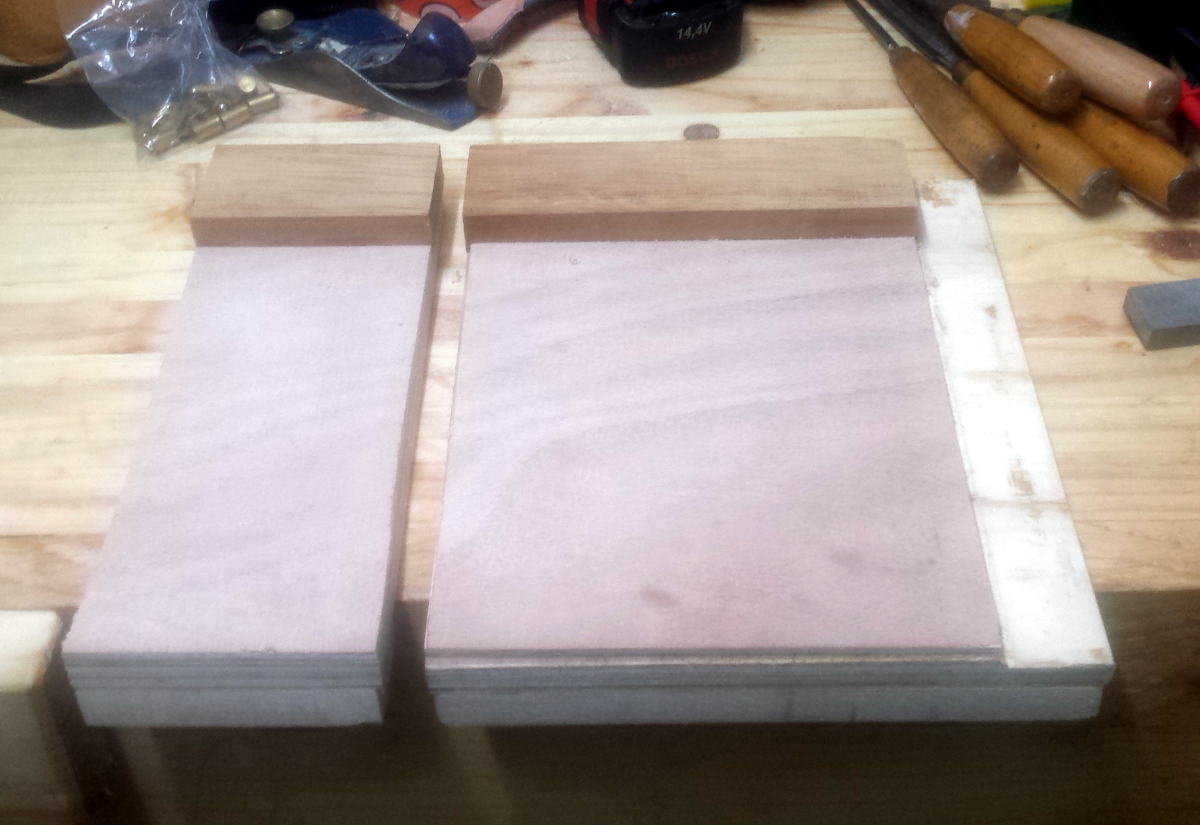 And a few dogs with some of the bullet catches I got from ebay: 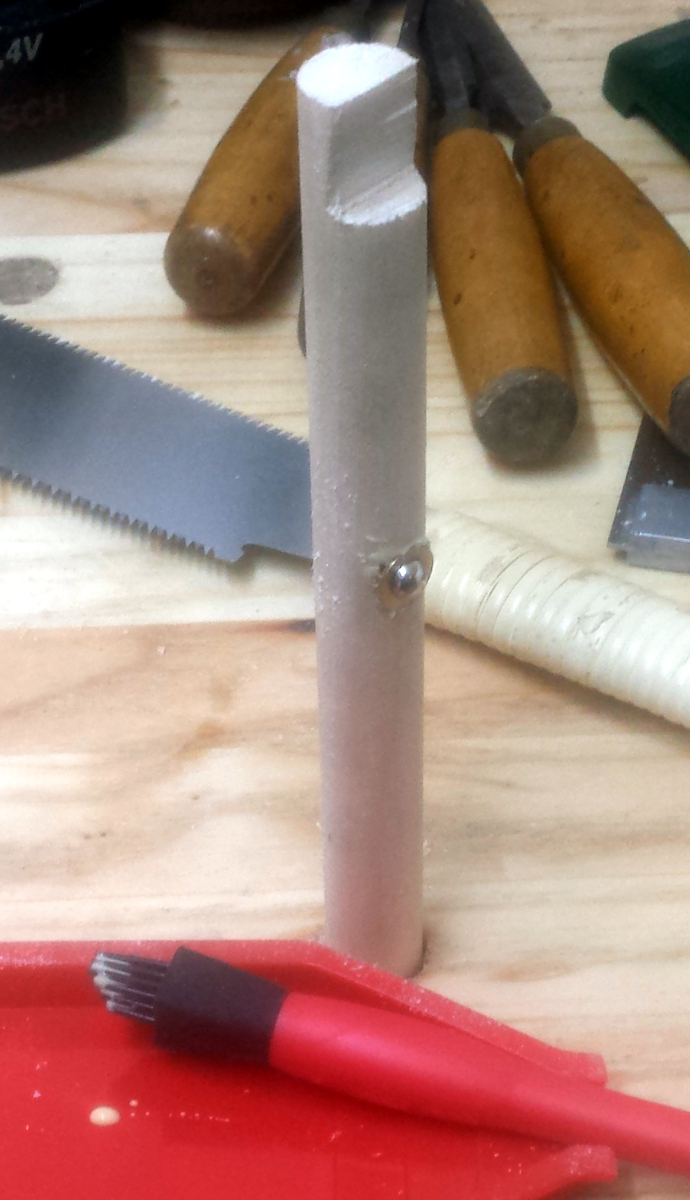 I also had a few of the latest bits off ebay arrive:

I was too sick of the mess from the titebond, so I got the silicone brush/tray/kit/thingy from rutlands. Wait for glue to dry, peel off from silicone, get on with it. Hopefully, anyway. I’ll find out for sure next week.

And a small set of three bevel-edged chisels for dovetail work (dovetails with a firmer chisel are a bit difficult). Came with a small gouge as well, which is a nice to have sort of thing. Dull as a bowling ball though and the previous owner had made a dogs breakfast of sharpening them the last time, with heat discolouration spots all over the shop and the edges were basically serrated. Not even 80-grit sandpaper would be enough to clean that up, so out with the grinder: 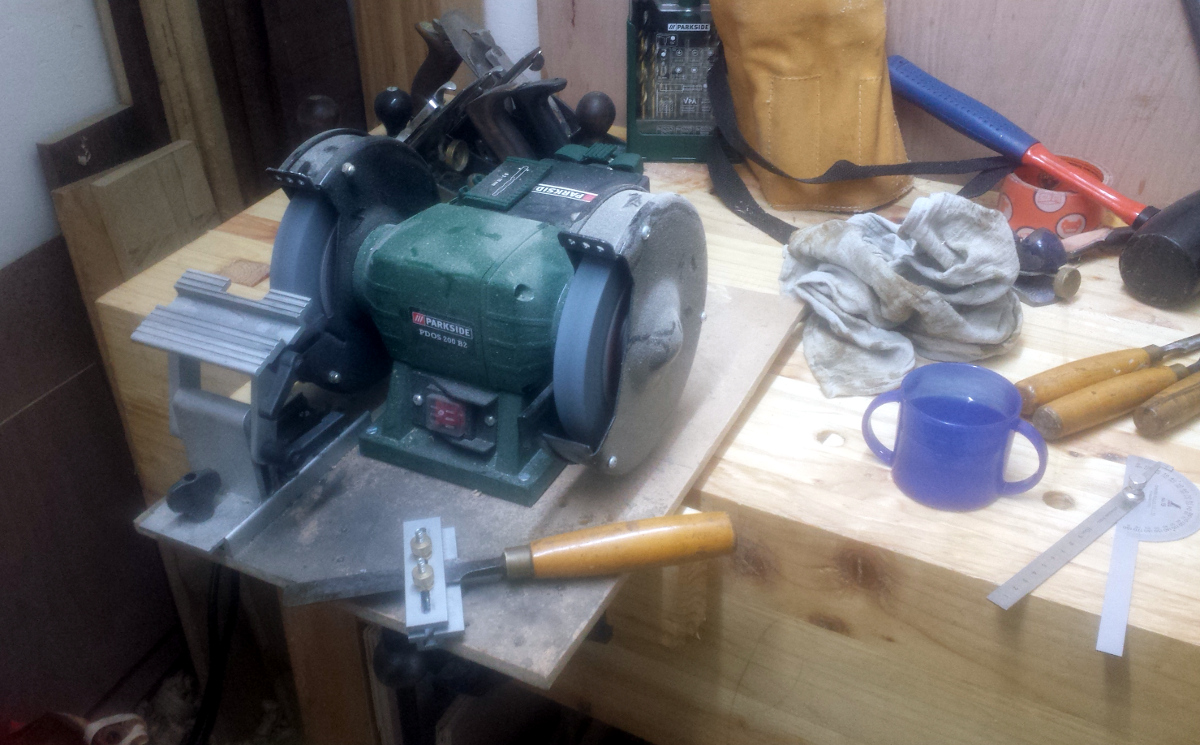 About 30-40 minutes of careful work and occasional mistakes and swearing and more work to fix them, and I had some cleaned-up edges at around 25 degrees (these are for paring, not wailing on with a mallet, so I wanted the lower angle);

Not perfect at all and that half-inch needed more work after that photo, but I have a straight primary bevel on all of them now and I’ll do a proper sharpening from 80-grit paper up through the stones to the strop next week. I might also tweak that chisel holder more. I don’t like it and it’s not staying (same for the plane holder), but I have actual projects to do that will take priority over stuff like that for a while.

For example, I also have four 2x1x30 boards to resaw down for slats during the week, and if I get through those I’ll probably cut down the 60″ board I have in reserve to two 30″ boards and start ripping one of those up for slats as well. A perfect result would be getting 8 slats from those 2x1x30s I have ready, 8 more from another 30″ board, and leaving me a 30″ and a 34″ to use for things like side panels (but that’s not critical and the slats are; I can buy more ash easily enough, it’s not the most expensive wood in the world just yet — though give the ash borer beetle in the US and that Russian fungus that’s throughout the EU and UK some time and it will be as ash will be extinct 🙁 ).