Got home with about a half-hour of daylight this evening, and got out the rubber mallet to knock the leg frames together and dry-fit them into the benchtop again to see how badly misaligned the frames were in daylight (I checked them late last night and they wouldn’t even line up, the long stretchers if flush to one leg frame were hanging out in mid-air several inches away from the other leg frame…) 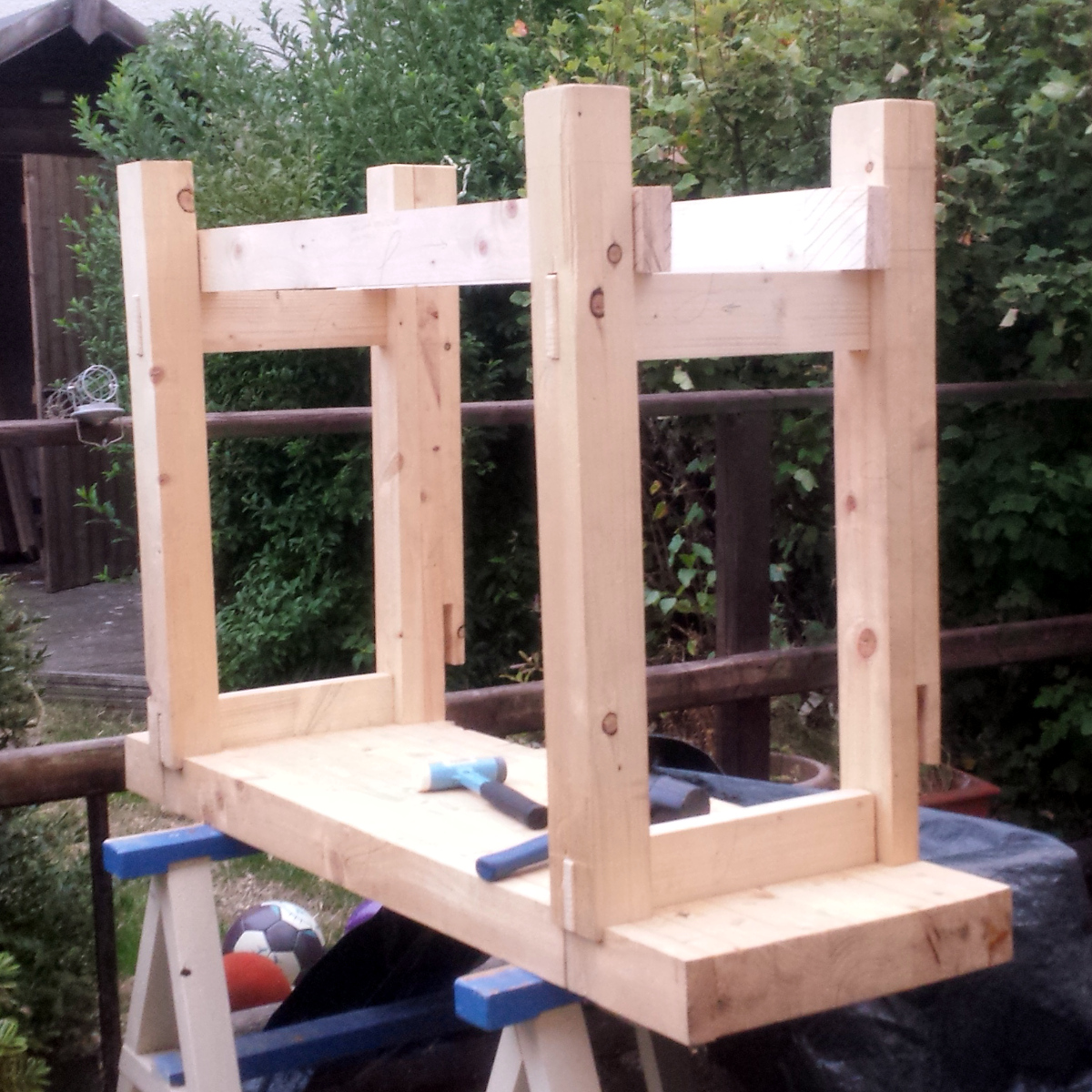 I may have built a vampire bench, because they’re perfectly fine in daylight but they were several inches out last night (maybe the short stretchers are playing a role here…) 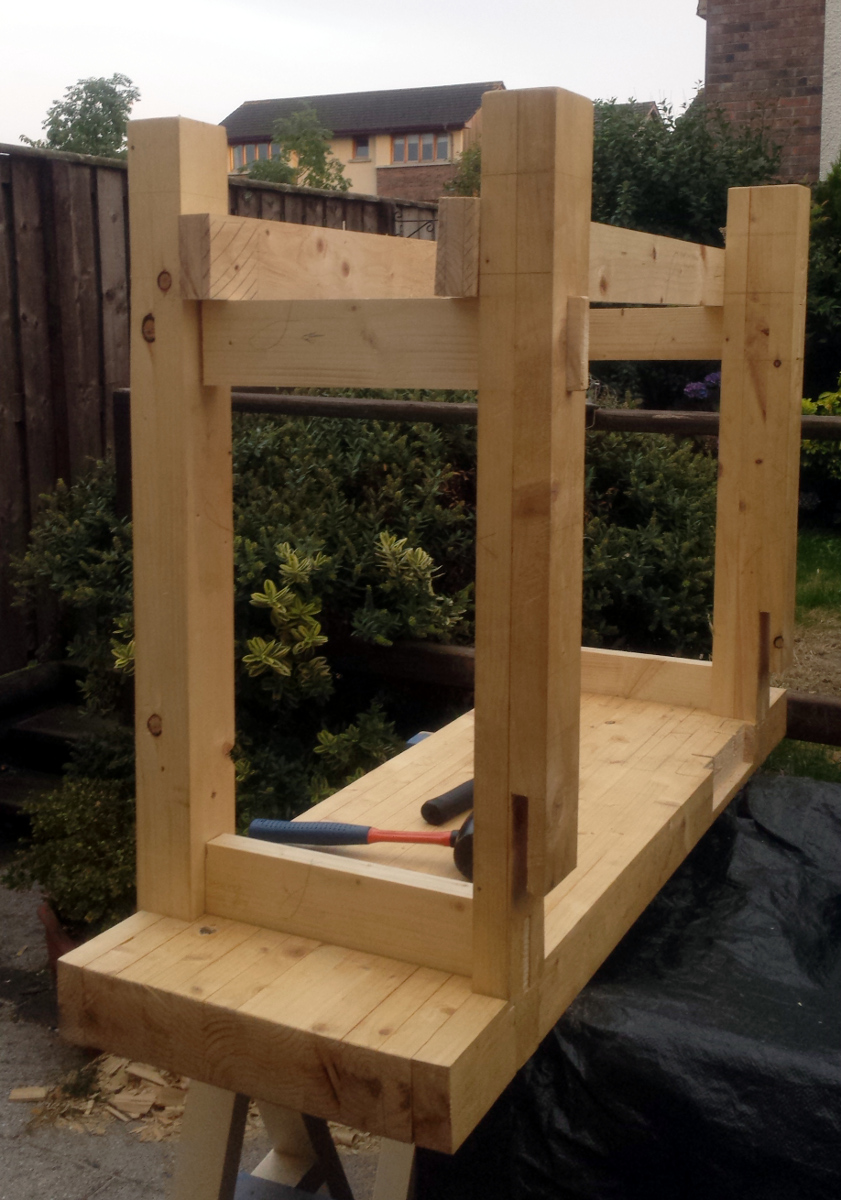 So yeah, cut the tenons, chop the mortices, knock it all together to dry-fit and then drawbore and glue and away we go.
The thing that was bothering me a little (and you can see it there if you look) was that the tenons in one leg frame were not a tight fit at the shoulder at all; I have some trimming to do on one benchtop mortice (and I suspect a bit of wedging after to make up) but I want those drawbored in tight for the strength so I’ll accept the patch job at the far back right leg.

The thing that might be more serious is that I stood it upright with the frames to see if it was tippy. 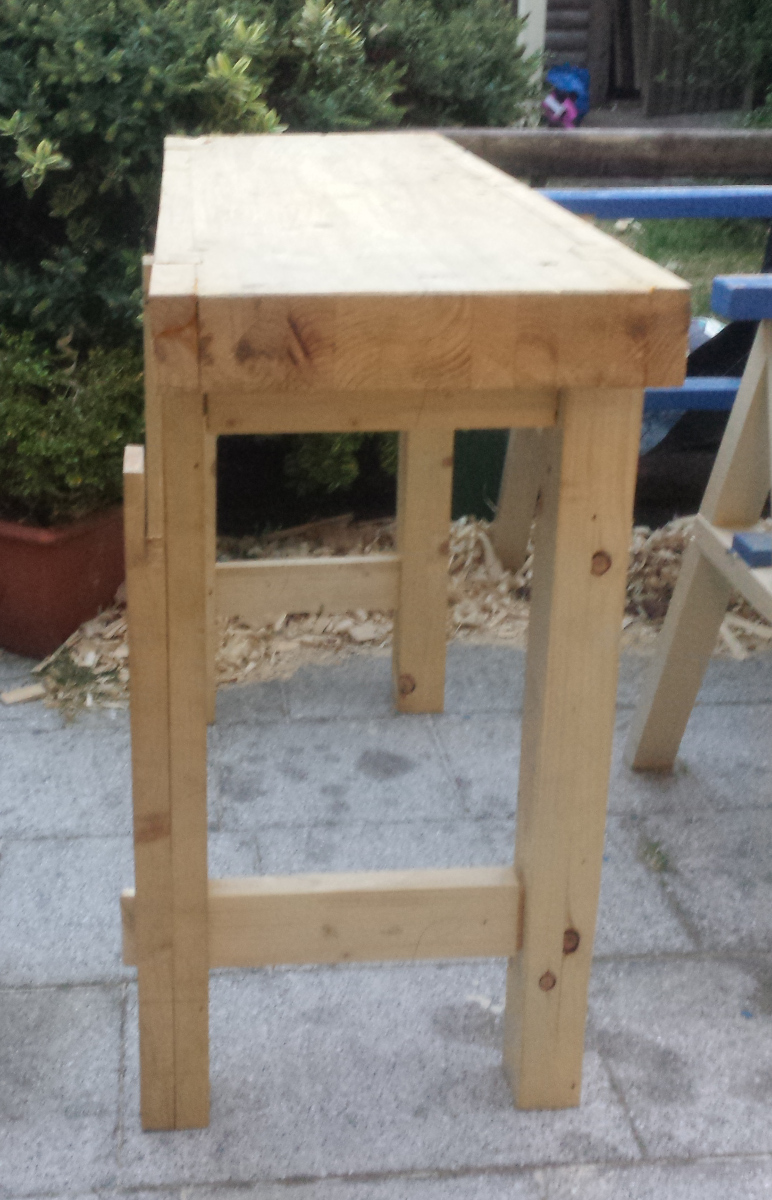 It’s not terrible – and it still has more weight to gain through the aprons and the vice and the benchstop ironmongery – but I think I may have to consider stealing an idea off the little john bench Richard McGuire uses and retrofitting it – so at the back of this bench there’ll be a tool tray as a sort of bolted-on afterthought thing, but that means there’s ten inches between the wall and the back leg of the bench, so I could drop a lap-jointed third leg down on each frame as a sort of prop against tipping: 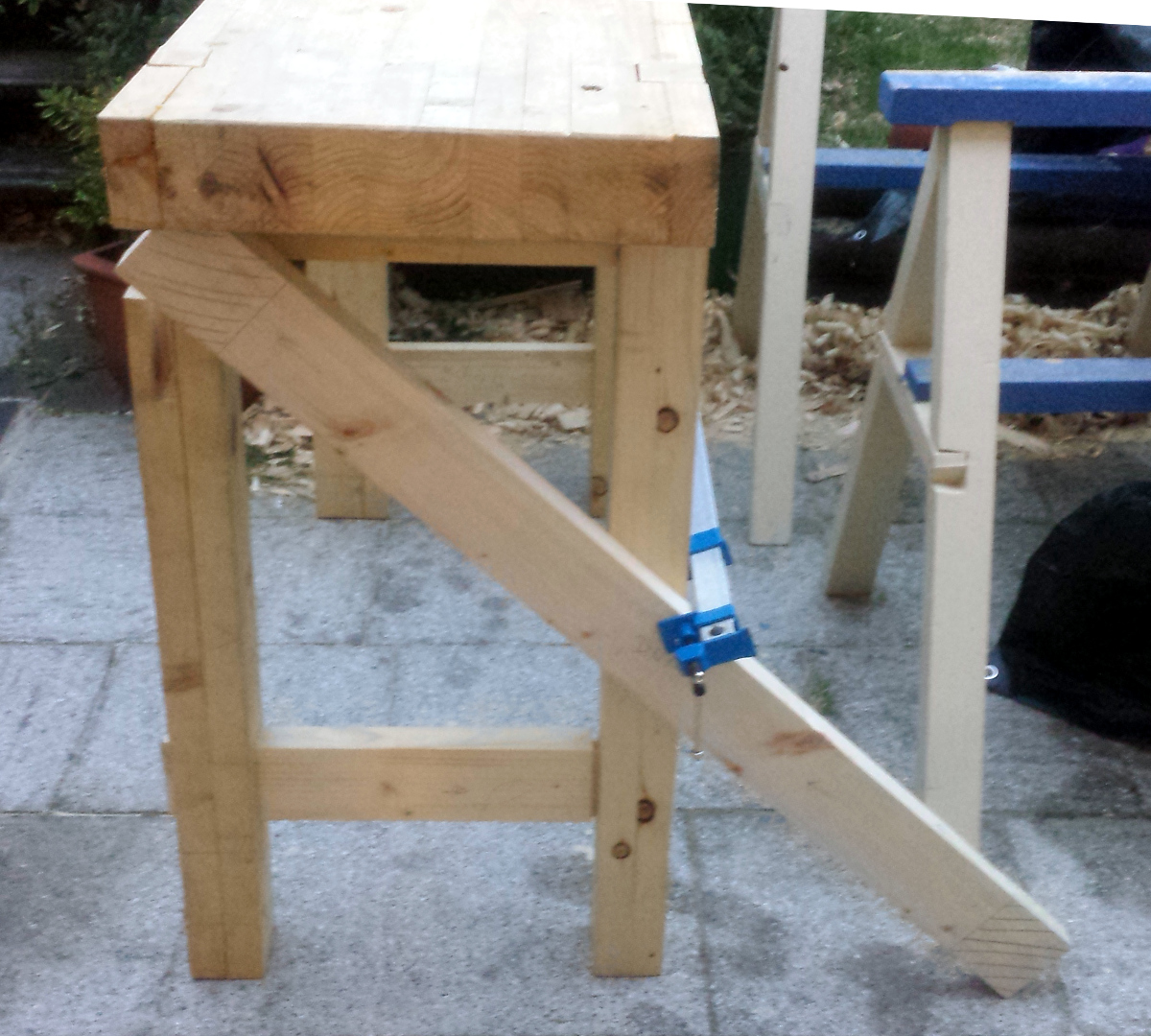 After checking that, the dinner bell went and after that, I went back outside to use the last five minutes of light to cut the tenon cheeks on the long stretchers, finishing the last two by torchlight in the dark. So next time, I just have to saw or split the cheeks and tidy up and then I can do the mortices and the fitting. But that darkness is a warning…