I used to be a great fan of the “study sim” genre – flight sims which tried to model their aircraft as accurately as possible. The acme of the genre (and simultaenously its nadir thanks to system requirements and a plethora of bugs and instabilities) was Falcon 4.0, a simulation so accurate that F-16 pilots reported no discenable difference between the simulation and the real thing (beyond the obvious). They even took one player of the simulator up in a real Block 52 F-16 and had him fly for a few minutes, and he was able to do so successfully (not to trained professional fighter pilot standards, true, but for a guy who trained on a home PC, it was a definite succes).

Well, the new laptop can finally handle the computation load that went with Falcon 4.0 (which was enormous back when it was released), and a new version with all the patches and updates since 4.0 was released recently (Falcon 4.0 Allied Forces), so all I need is a new USB joystick (my old thrustmaster kit was wonderful to use but needs a joystick port my laptop doesn’t have).  Away to Maplin and I buy this utterly ridiculous-looking thing, seemingly the last USB joystick in Dublin (none in PC World, none in Game, none in WH Smiths even – maybe Petes had some but they had closed): 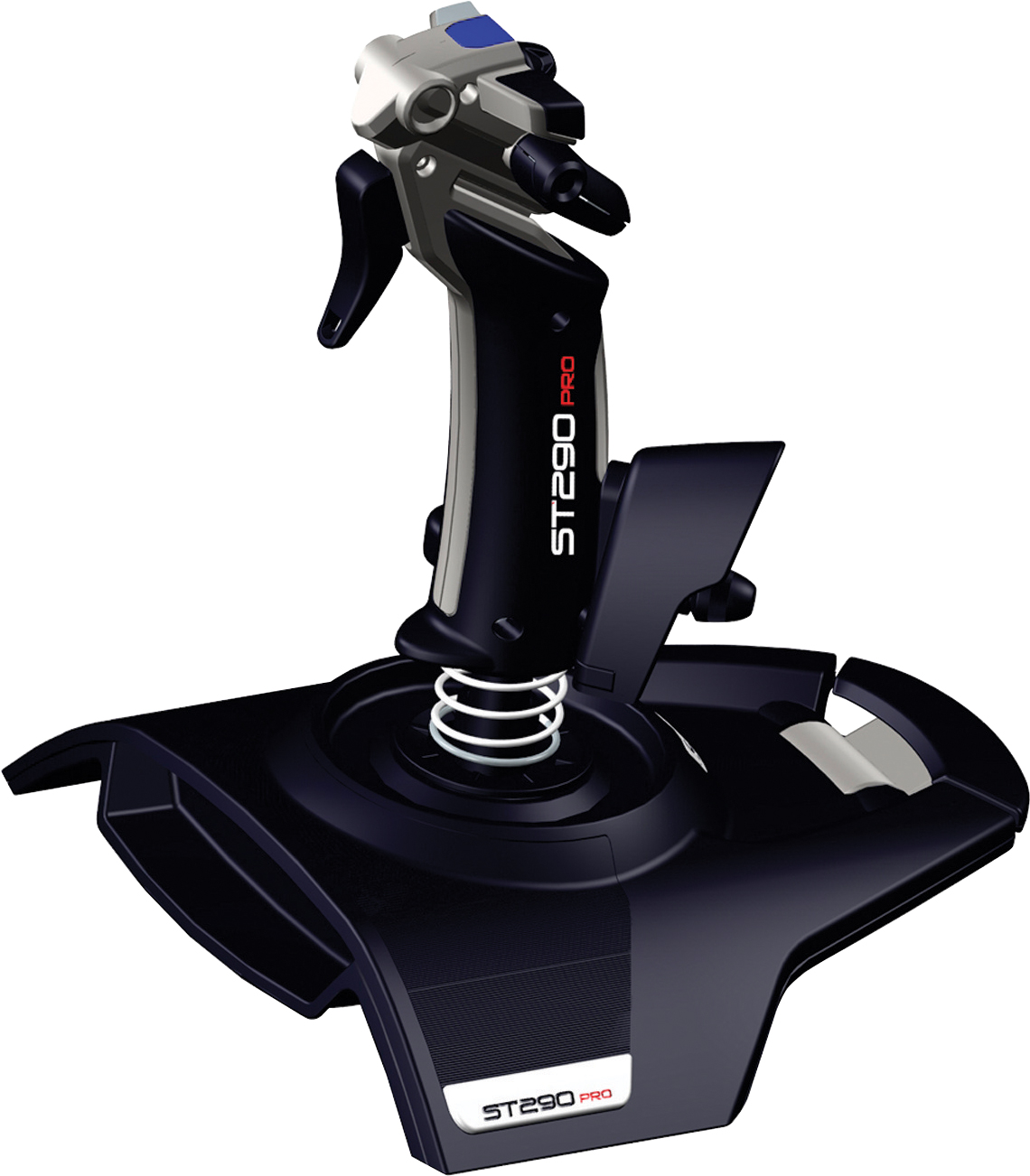 Don’t get me wrong, to get the job done it’s grand – stick, throttle, a few buttons (sorry, but five thumb buttons, a pov hat and a trigger is not a lot for a flight sim joystick when you’re used to the Thrustmaster HOTAS systems 😀 ) and rudder through twisting. But look at it. It looks like an extra from a Transformers fight scene, and not in a good way!.

See, this is what I miss about the study sim genre. Yes, you got an inch-thick book, actual paper maps of the area you were flying in, had to learn arcane jargon and procedures, needed a top-of-the-line PC (which is why I fell away from the genre in the end, Falcon 4.0 demanded so much that it just broke my enjoyment) and “proper” gameplay was a dedication of several hours and it was often more cerebral than adrenal. But that was the joy – it was immersive escapism at its best.

And the joysticks didn’t look so utterly ridiculous.

This entry was posted on Wednesday, March 4th, 2009 at 0138 and is filed under General, New Toys!. You can follow any comments to this entry through the RSS 2.0 feed. You can leave a comment, or trackback from your own site.