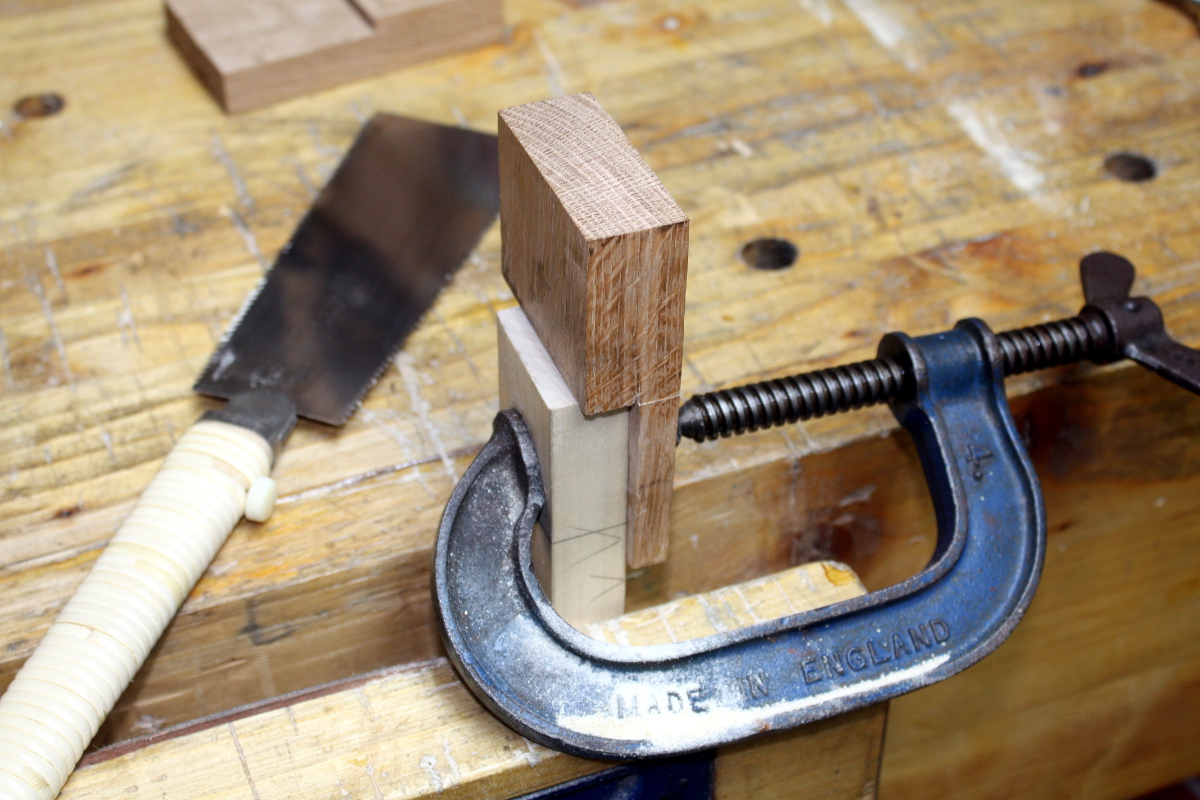 Well, made a dog’s breakfast of the bandsaw boxes I was playing at. Couldn’t make the turn needed and the blade came out the side of the blank. Oh well. Now I have two paperweights (and one successful box, out of four blanks). I’ve ordered a one-eighth inch blade off Tuffsaws, that should get here next week and I can try again. I’ll prep new blanks tomorrow for that. 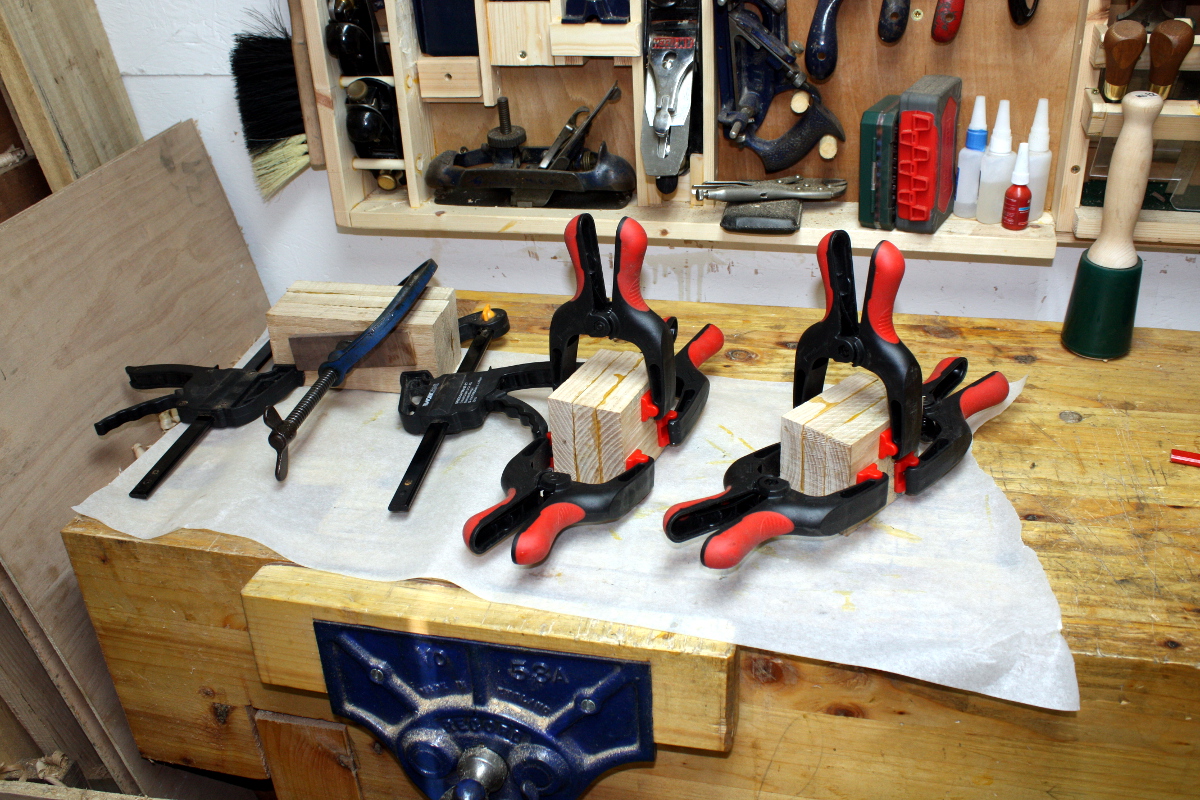 Meanwhile the older replacement y-lever for the #5½ arrived and I replaced the existing y-lever with it and it’s been a lot nicer to work with since. And no surprise. This is what the more modern y-lever looks like, two pressed steel parts riveted together: 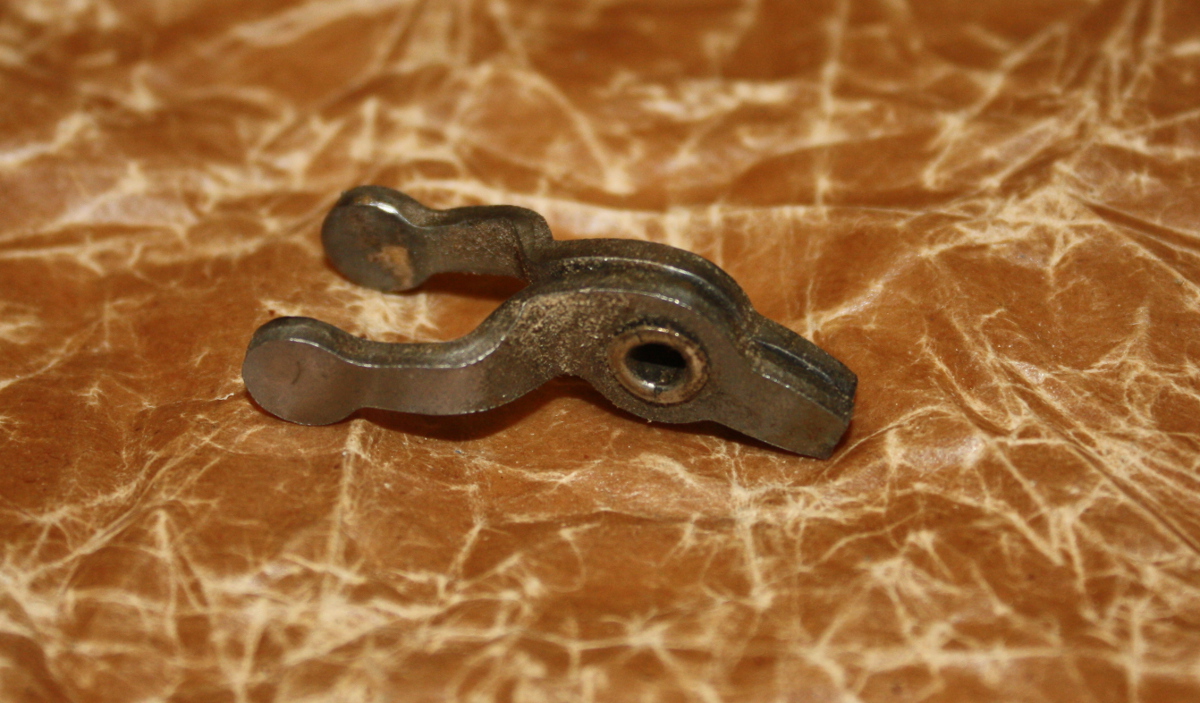 Unfortunately, the rivet on mine isn’t as tight as it should be and even glue didn’t stop the inevitable end result (and if you’re thinking this would interfere with setting the plane you’d be right): 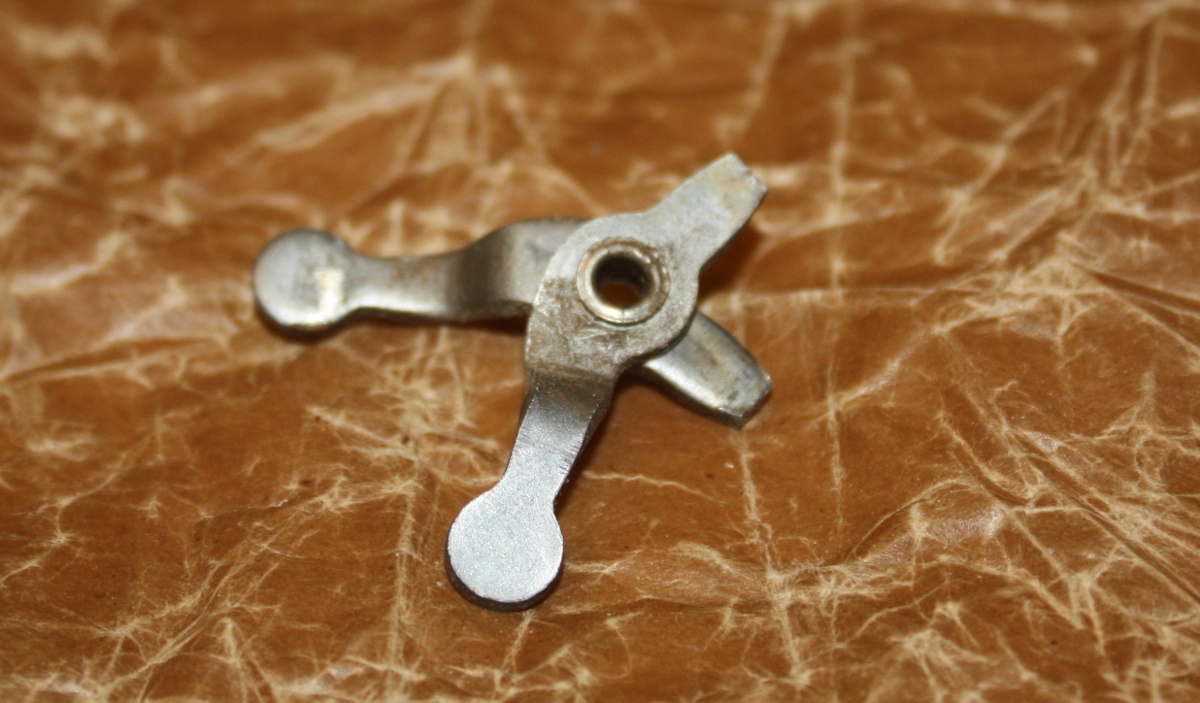 Meanwhile, back on the main project… 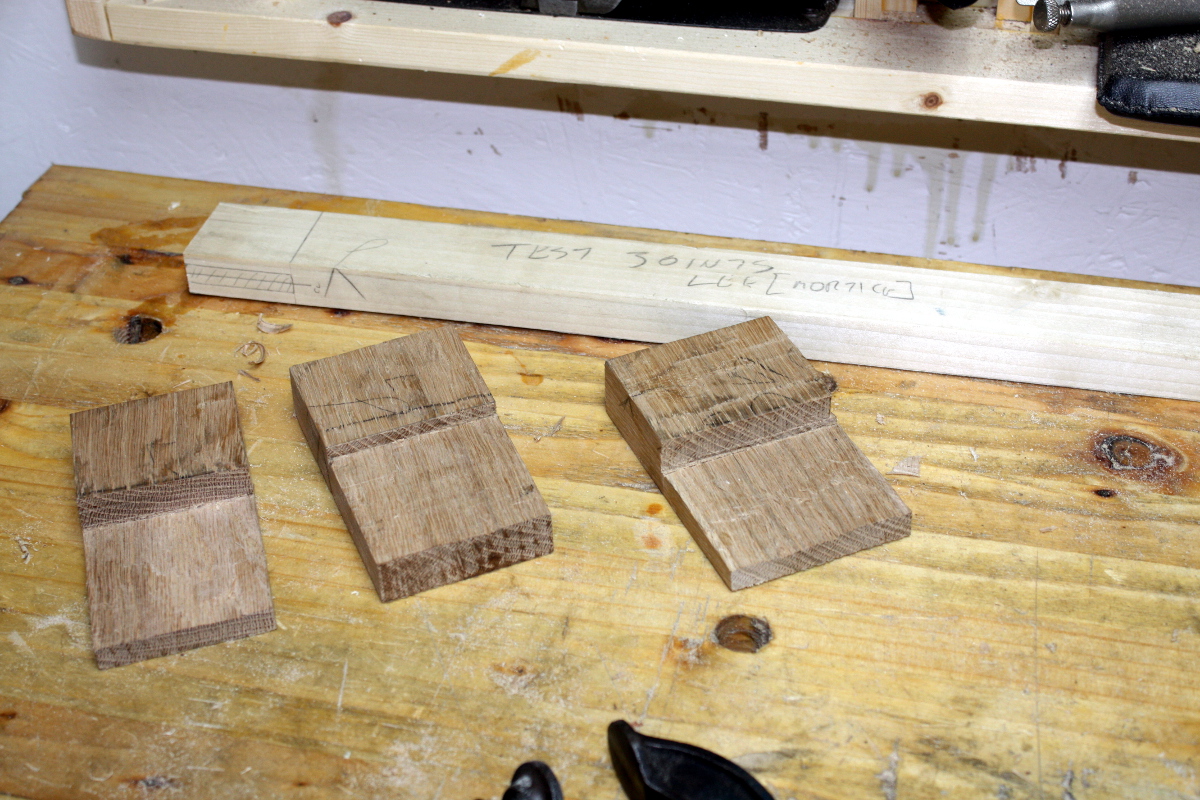 The bridle joints involved are a bit of an oddity; nobody really cuts them often enough to get good at them, at least not off the saw, so these are Richard McGuire’s basic jigs for helping to cut them (and the test sticks in the backgrounds, just a spare bit of poplar that I’m using up).… Read the rest