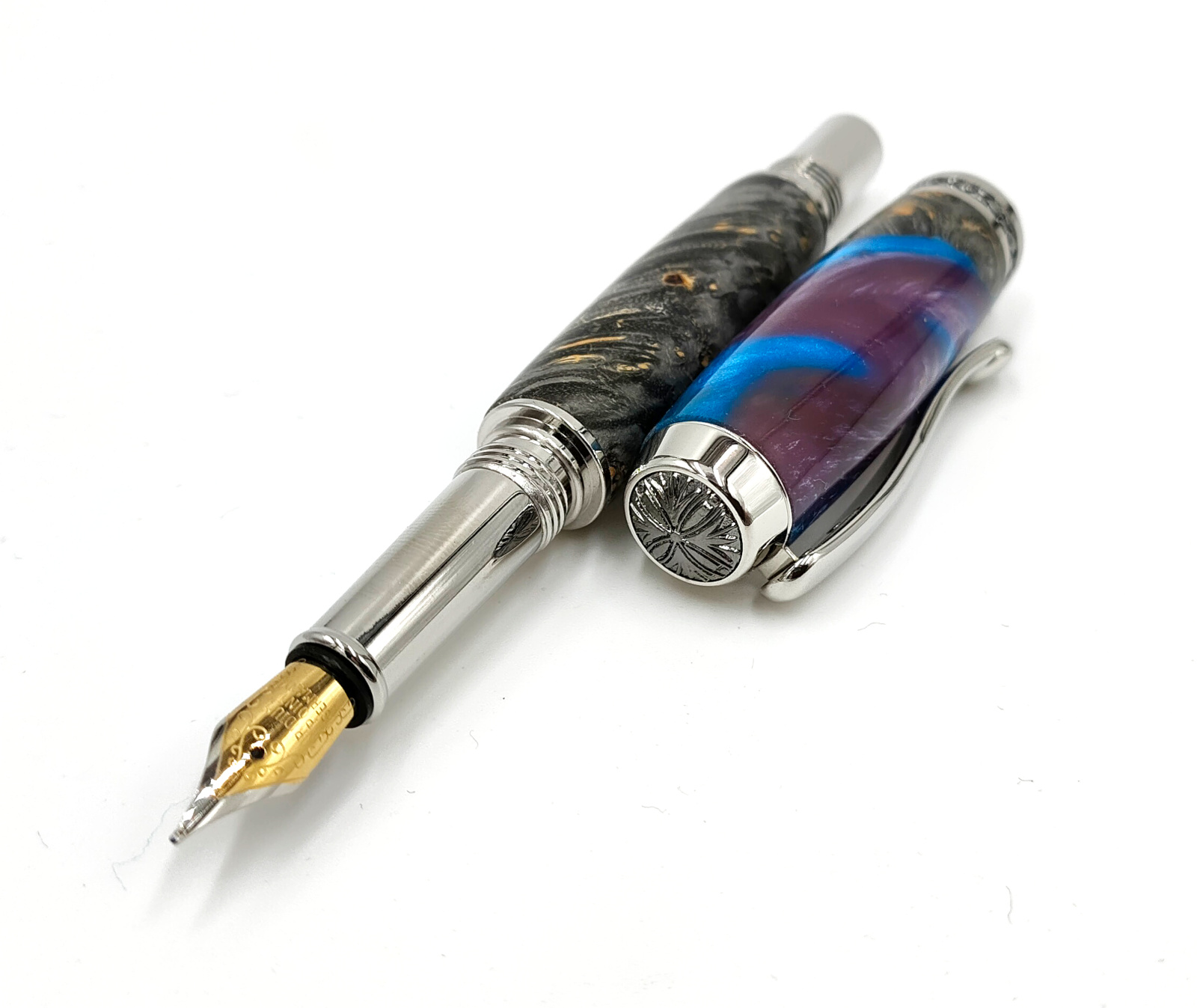 Cut to length, drilled for the brass tubes, scratched up the brass on some sandpaper and epoxied the tubes into the blanks.

And of course, I have a few offcuts. I don’t know if I can actually use these for keyfobs like I hoped, they’re a bit small, but I’ll have a think and see what I can do.

The epoxy went on on Thursday, didn’t get to the shed on Friday, and then on Saturday I dressed the ends and knocked off the edges on the lathe sanding wheel:

And then it was time to mount the first blank.

Some sheer blind luck there – I had missed the bit in the Taylors Mirfield instructions about how there are two size bushings for the part that becomes the pen body (the finial is slightly smaller than the nib) and it was only luck that I got them the right way round.

On Sunday, sharpened the spindle roughing gouge and the skew and got to work.

And now it’s sanding time. 600 dry sanding first, then wet-sanding up through the grits with the micromesh (I use water and dish soap for a liquid for the wetsanding). After every grit, stop the lathe, and sand along the axis of the pen, rotating by hand slowly to break up radial sanding lines. For the last two grits, wipe down with isopropanol between each one.

And one last coat of Hampshire sheed wax.

And that’s that. Then it was a matter of assembly and the Taylors Mirfield kit came partly assembled for the centerband and finial, which made life a bit easier.

That came out really nice. And two more to go this week, and I must buy a few more pen kits I think.