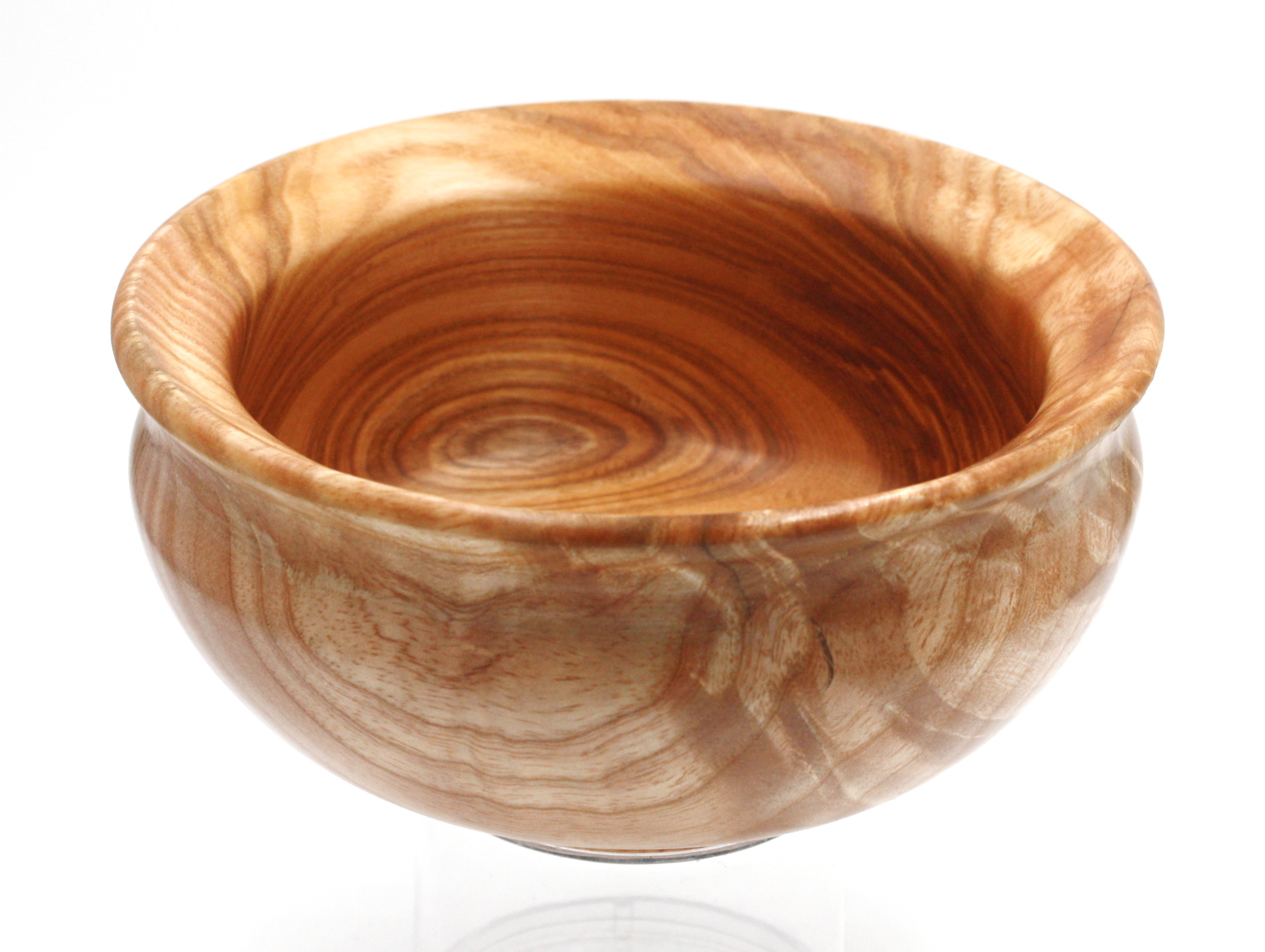 I have a few blanks of olive ash I got from Home of Wood back before Brexit made a hames of shipping stuff from the UK to here, and they can be a bit of a pain to turn because they’re so hard, but they always make up for it by looking spectacular. So…

Some really lovely grain right on the corner where it’ll be turned away. Le sigh. Also an odd crack that I’d circled in pencil there and a void on the far side. This wood really doesn’t want to make your life simple. I wanted a shape that fitted in the hand well, and wound up going down the amphora road a bit again. I’m not sure this really works that well, but for some reason I keep on cutting it.

Hollowing out that shape is a bit of a pain because of the undercut being half-way into the bowl. But at least the nice bit of grain that I liked is still present.

Also, wow, that figuring. That’s going to look spectacular when it’s done. Assuming I don’t muck it up. So, sanded to 220 dry, to 400 with danish oil, then yorkshire grit and then four coats of hampshire sheen wax, each left for ten minutes to set up before being buffed.

The grain came out nice but it’s the figuring that’s the star here.

I’m guess this must have been from under where the branch was and this is all stress-related figuring but it’s really pretty.
So, reverse the bowl and hollow out, which went well but was a lot of small cuts and grumbling about tearout in odd spots and stress cracks opening up. I really need to get a bottom feeder bowl gouge to handle that transition from side to base and to do a bottom cut rather than a scrape. But it turned out okay. Poppyseed oil and hampshire sheen for the inside so it’s foodsafe.

Then reversed the bowl onto a pushplate and shaped the foot and a bit more danish oil and wax there.

Totally forgot to brand it, I’ll do that later on. For now, it’s done and it fits in the hand well and it’s pretty, so I call that a success.