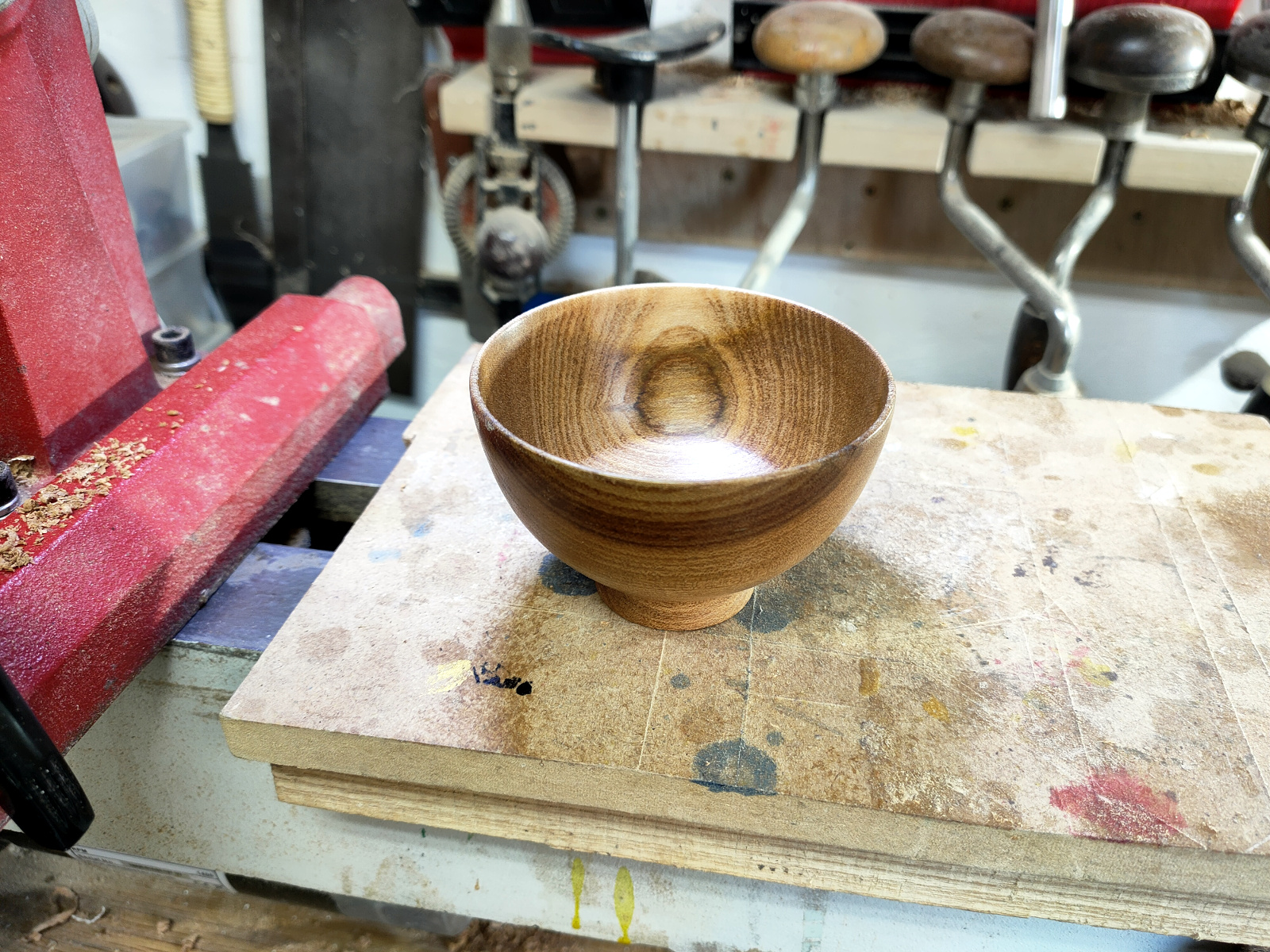 So I’d been working on the shape of the bowls I was turning and trying to get the basics down, and a friend who’s been turning a lot longer than I have (hi Tom!) suggested a skill test – turn a thin-walled bowl. I managed to do that on two of my first bowls but I’d not turned anything with thin walls since.

So, trying again a year later with a small chestnut blank.

Nice simple open shape for this, no closed bowls or hollow forms just yet 😀

Using a tenon below the foot because the blank just seemed a few millimetres thick.

Sanded, oiled (just a coat of danish oil), yorkshire grit and hampshire sheen wax. Not doing anything very special because at this point, I expect it to explode mid-hollowing 😀

Reverse it into the chuck, face it off.

And now it gets hairy. Tom’s advised technique was to hollow out the top centimetre to the desired thickness, make all my finishing cuts for that centimeter, then do the next centimetre down (instead of roughly hollowing the whole bowl and then doing a finishing cut, because the bowl would be so thin that it would flex on the lathe, and the risk of a catastrophic catch gets much much higher.

Second cm was okay, starting to get stressed….

Third cm down, now just dreading a catch out of nowhere and a ruined bowl. Squeaky bum time. One last cm to go…

And it didn’t explode and I’m rather surprised to be honest. There are tool marks to remove and two high ridges (the pencil lines there mark them) to take care of:

And that’s ready for sanding.

Just over 2mm before sanding at the rim. And the depth was okay as well.

Sanded with poppyseed oil to 320 inside the bowl and hampshire wax to make it look nice:

And then reverse it again and use a push-plate to remove the tenon and shape the foot.

I can’t really get in any further than that even with my finest detail gouge so I carve off the little stub with a chisel.

And a bit of sanding and branding…

And that’s that. One skill test, done. I’ll have to keep practicing this, and a bit more regularly. But it’s nice to know I can do it at all…