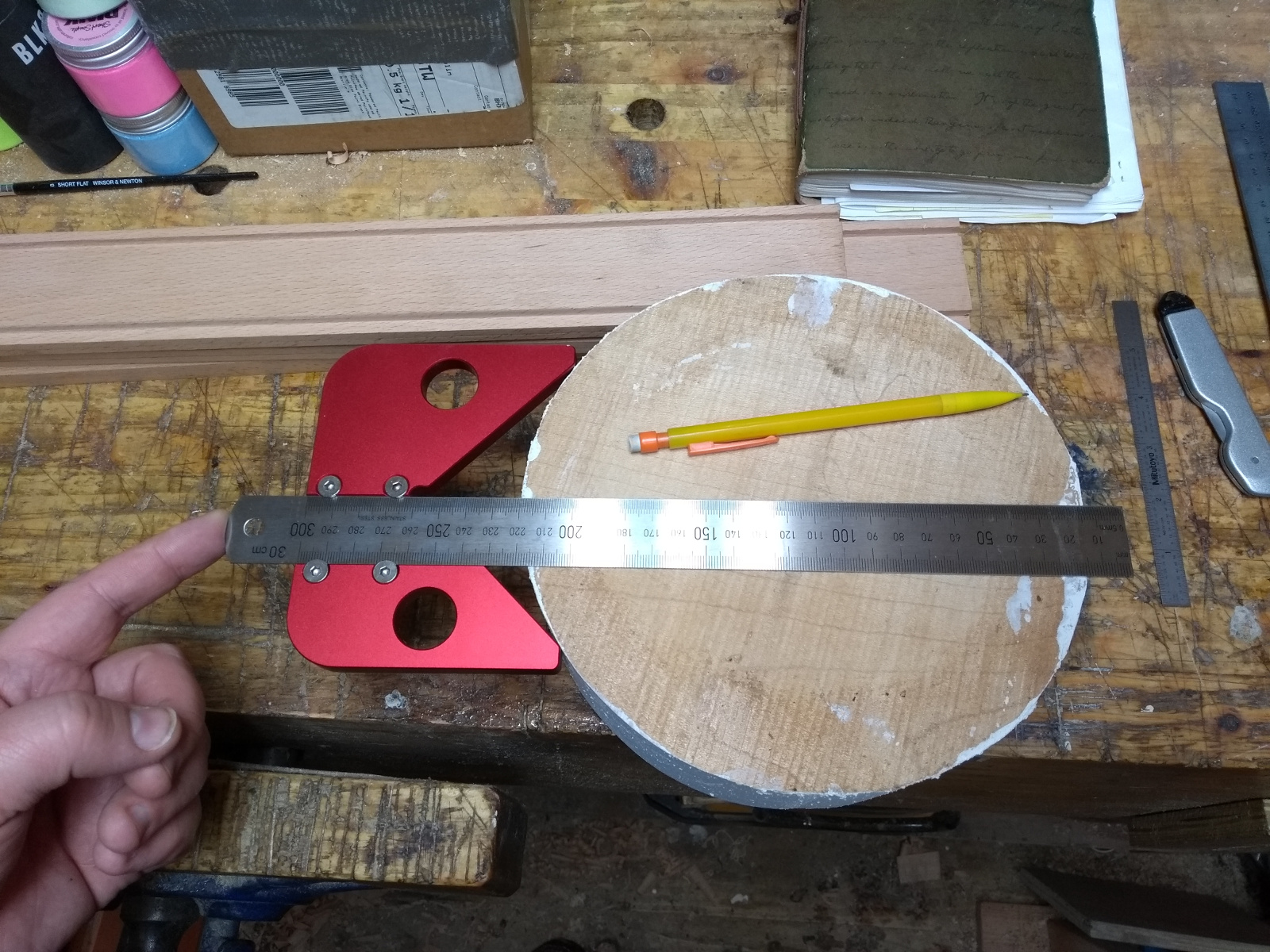 So yeah, a whole month went by without posting here. Work was a little crazy. But there was time to turn a few more bowls…

Spalting had gone just a touch far on this beech blank, and a check had formed along one of the spalting planes, so I knocked it off with the chisel and that sortof defined what the final shape would be.

Rather pretty in the end. And there were a few new toys that finally arrived three months after ordering them (they’d come from China all the way to my office… which was in lockdown. But they cleared out the mail room a few months in and dropped everything out to us – thanks for that Robbie, if you’re reading this):

The centerfinder in black also has these raised steps that are set distances apart so it’s both a centerfinder and a gauge to set your calipers against. Useful enought that I’d printed off my own copy of one on the 3D printer a few months ago – that’s the one in green on the far right. The black centerfinder on the far left is a handily sized one for small spindles no more than a few inches in cross-section, and the red one is for larger blanks – very handy for the bowl stuff.

There’s also a longer T-bar for the chuck but despite it being sold for this chuck, it has the wrong size of square bit on the end so I’ll have to grind that down a bit to make it fit right, which is annoying.
Less delayed was a buffing wheel setup which will prove handy for finishing. It’s nothing special, just the chestnut products one:

More than good enough for my level though. Oh and a box of pipettes, a small handful of which are in the cup in that photo and which have so far fallen all over the place three times in the shed. There’s about a kilo more and if you think a kilo of 3ml pipettes sounds like a silly number, you’d be right. Turns out some things you can only buy in bulk before you’re paying a euro or two for one pippette – but order a kilo and you get 2000 of the things for the price you’d have paid for ten of them in a sensibly-sized box. They’re very handy for getting resin into exactly the right spot when filling knots and the like.

There’s been a few other projects since, and I have photos and things already taken on the cameraphone of them, I must spend an hour posting them up here later on. Especially since I just finished a long bout of shed-tidying-up with some nice results.