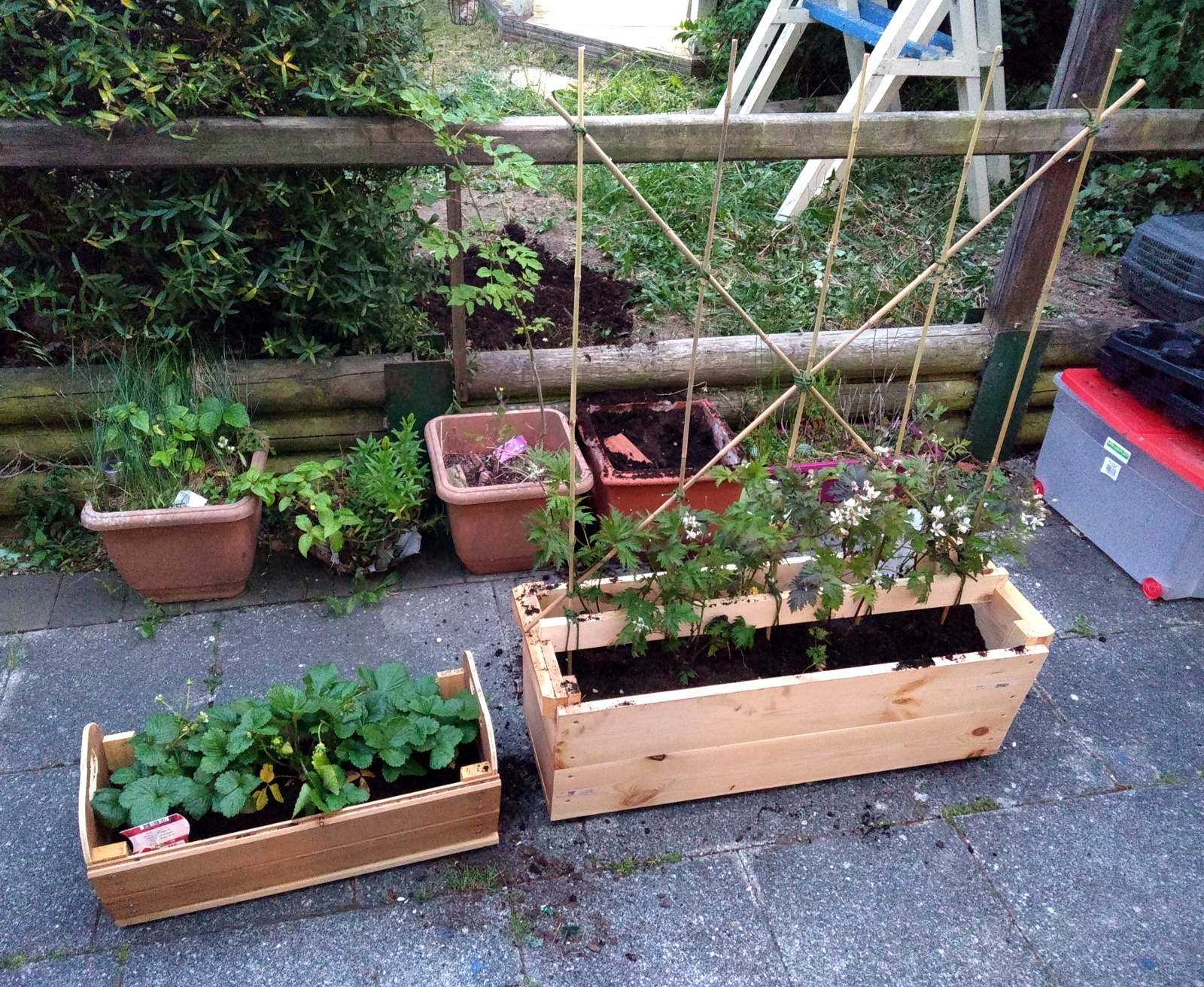 One of the steps up to the garden broke underfoot the other day. Just age and normal wear and tear, combined with the original carpenters cutting all the corners they could. So a trip to woodies had to be done to get some decking boards to repair it and, well, these days that’s not a quick evening’s browse in the car, it’s an outright expedition complete with mask and gloves. So you don’t buy the one decking board you would have bought, you grab two and other targets of opportunity as well becuase you already queued for ten minutes to get in, but since you don’t want to browse you kinda have to know where stuff is (I’m almost embarressed to know the layout of two or three Woodies like this, I’m much happier ordering timber from places like Quinns or Brooks). I grabbed some overpriced knotty 12x145mm 2.4m PAO pine as well because the blackberry plants I bought are still in their garden nursery pots and if we don’t move them soon they’ll get into trouble from lack of mass in the compost and root compaction.

After repairing the step (and all I’ll say about that is who uses indoor chipboard screws on an outdoor set of steps for pete’s sakes?) I spent all of about a minute sketching out what I wanted the bramble planter to look like (and two more minutes after I realised that steambending a trellis was overkill and just did a box instead) and then broke down the pine into rough cuts. I wanted to save two feet of it to make a new shelf for the lathe bits and pieces, and I wanted the planter to be at least a foot deep and everything else just emerged from that.

Brad nails, titebond, a few stainless steel screws here and there where a bit more strength was needed, and two shaped handles on the ends. Apart from handsaws, it was power tools all the way. But hell, it’s just a planter, it’s not meant to last more than one or two years. It only has a single coat of BLO to protect it from the elements.

That crossbar across the top is not a handle btw, it’s a tie-in point for canes because brambles like to climb:

And since all my basil died, I emptied the planter and refilled it with fresh compost and moved the strawberries to there.