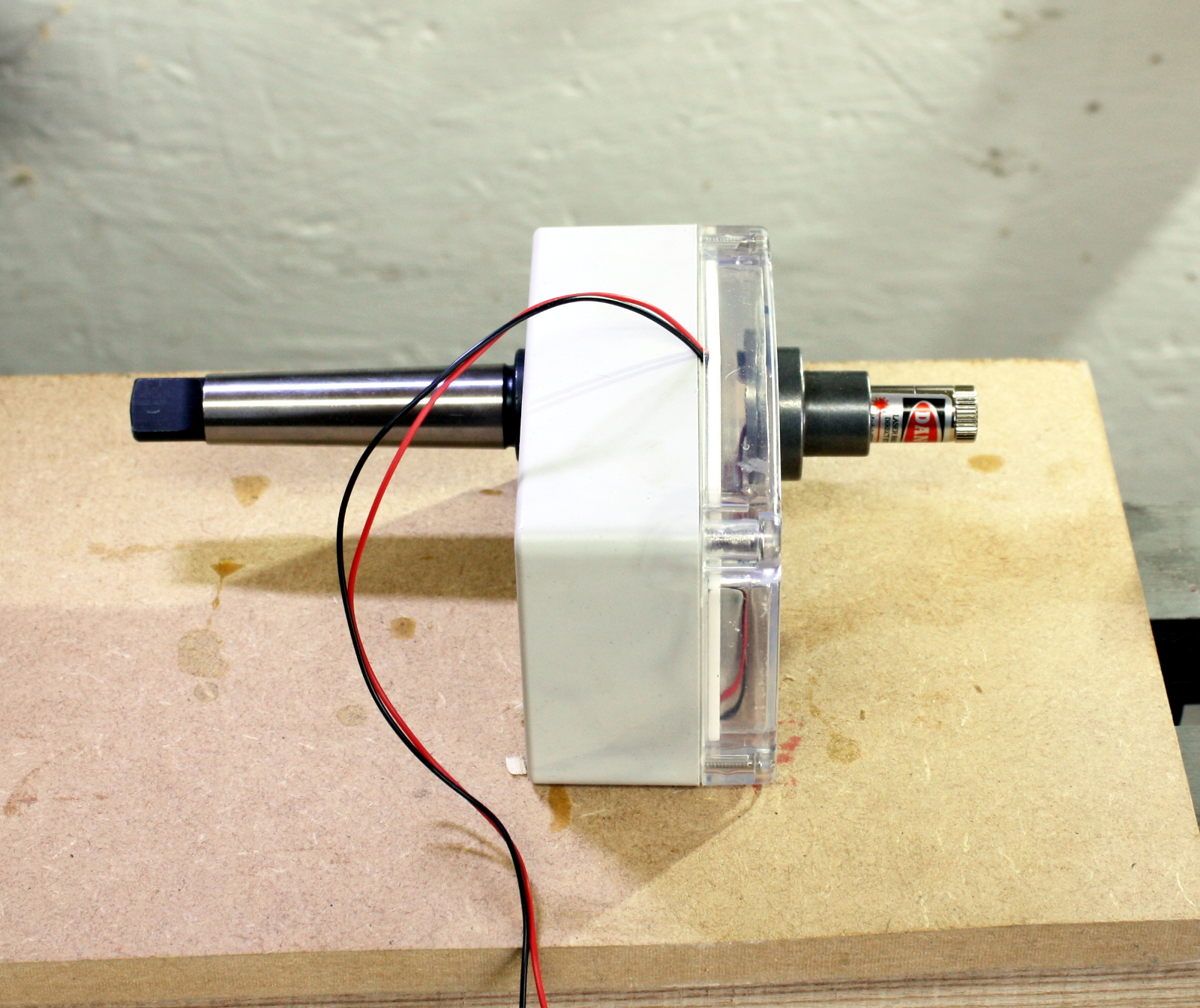 So I had an idea and I’ve not seen this around for sale anywhere so I figured I’d build it.
When learning to turn, we keep getting told to set the height of the tool rest so that the cutter is along the centerline of the bowl.

I mean, after a few you can kinda get the hang of it and just set it by eye six times until you get it right and I’m told that after a few years you can drop that down to only setting it by eye two or three times to get it right 😀 But my lathe has morse taper 2 fittings in both the spindle and the tailstock, and you can get blank MT2 arbours for various other things (it’s not just lathes that use MT2 fittings) so I bought a blank MT2 arbour and some other bits and pieces and made this.

Small voltage source, some hardware for mounting something concentrically with the arbour and a laser diode with a cross collimator and…

And now you have a centerline to set your tool rest height to.

Now that’s just a protoype so it’s got some mechanical issues (that box isn’t as rigid as a metal one would be, and it’s enormously large compared to what it needs to be, but lookit, it’s a prototype not a finished thing and anyway I mostly made it because I wanted to see if it’d work anyway.

You do need to align the laser, and if your lathe has indexing like most newer minilathes, that’s easy, you just take off the chuck and turn on the laser…

Line up the vertical laser line so it hits that indexing marker above the spindle and that’s it aligned (assuming that your headstock and tailstock are aligned, but that kind of alignment is a routine lathe thing and you can get specific tooling for it and so on).