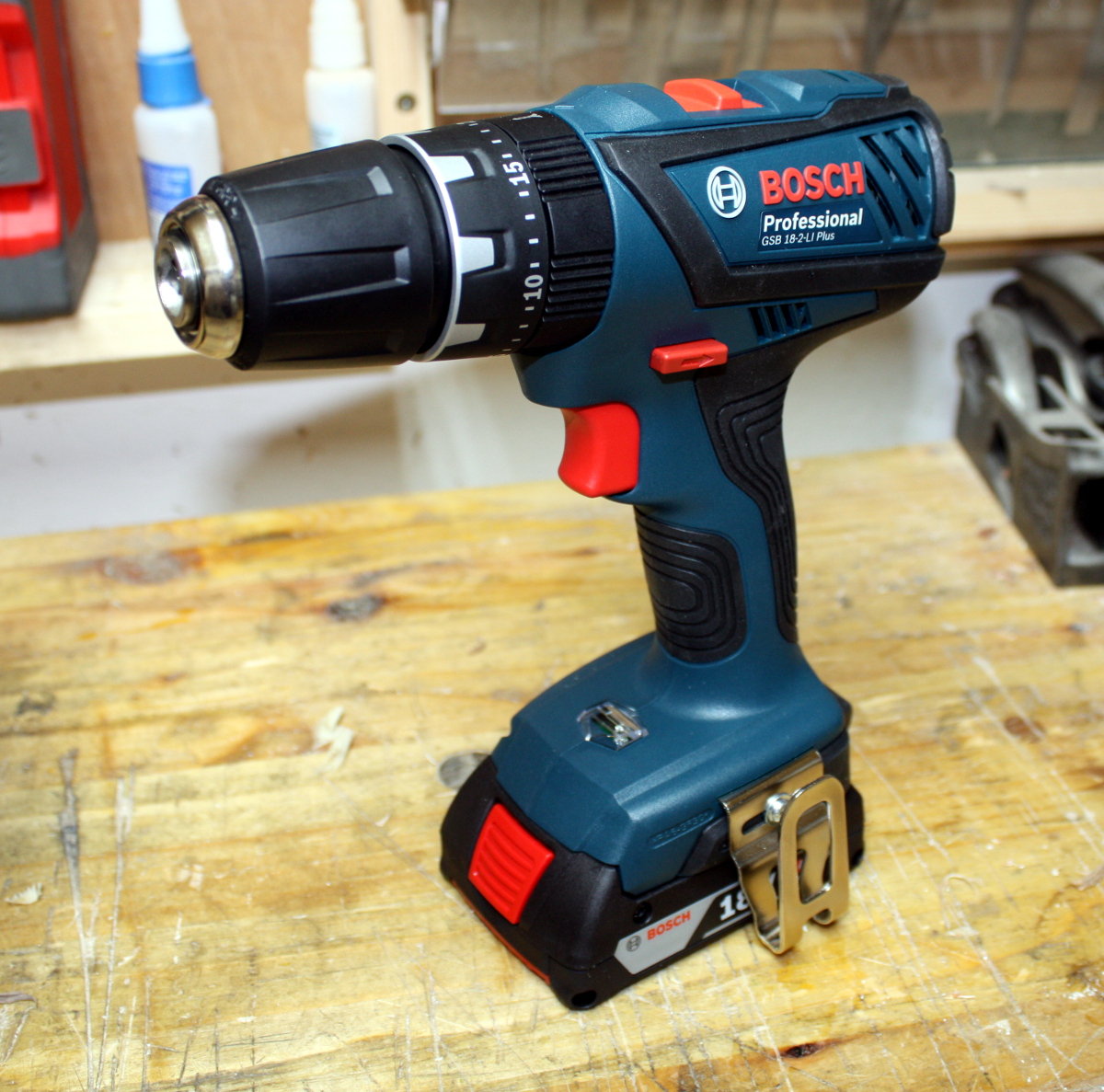 So my old power drill died. Or more accurately, its batteries. Six hours charging, twenty minutes of charge held with no load, or one 3.5mm hole in inch-thick poplar. That’s NiCad for you, just not great for occasional use. And last time this happened, it worked out cheaper to buy a new drill and use its batteries, which was exceptionally irritating. So I figured enough; I’ll get a new drill and move up to the new lithium ion batteries and maybe down in size to the newer smaller drills. I don’t use my drill that often, and when I do it’s for quick small holes or driving screws faster than the cordless screwdriver does – which basically means jigs and mounting stuff on the shed walls. So for stuff like that, the new 10.8v and 12v sized drills seem way more suited: 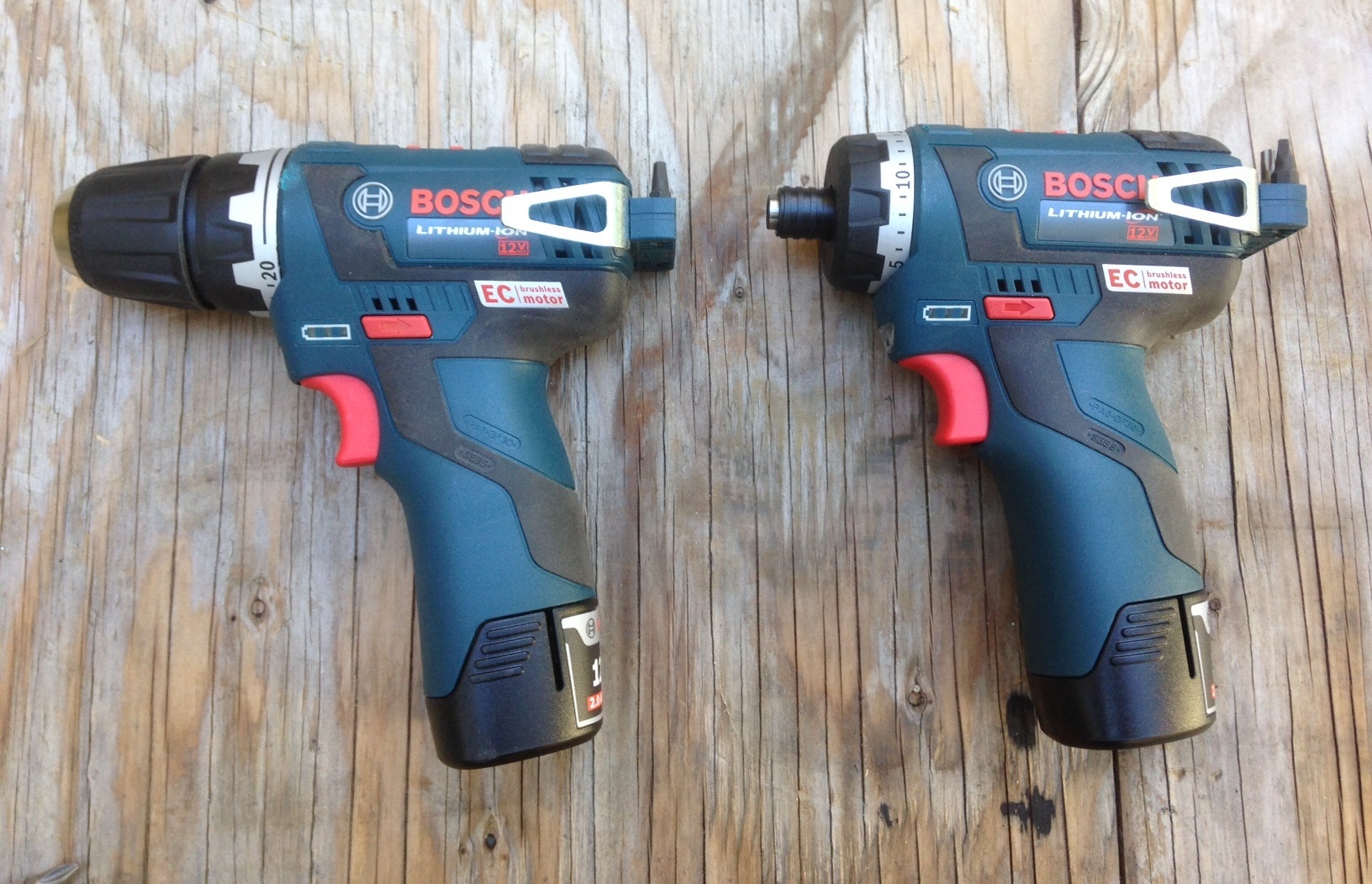 That’s the Bosch PS32, their brushless 10.8/12v drill. Except they’re pricey, and just before I bit the bullet, I came across a sale in Woodies where the larger 18v Bosch was on sale for €100, which was half what most places charge and frankly so low that I delayed for ages trying to figure out what was wrong with it. But in the end, even though it’s not exactly what I wanted, the price was too good, so I gave up looking for a better PS32 price and bought the GSB today.

And it’s not bad. Solidly built, well balanced, and while it has a larger collet size than the old PSR, it’s physically smaller (and lighter, if only by 40g when the batteries are in): 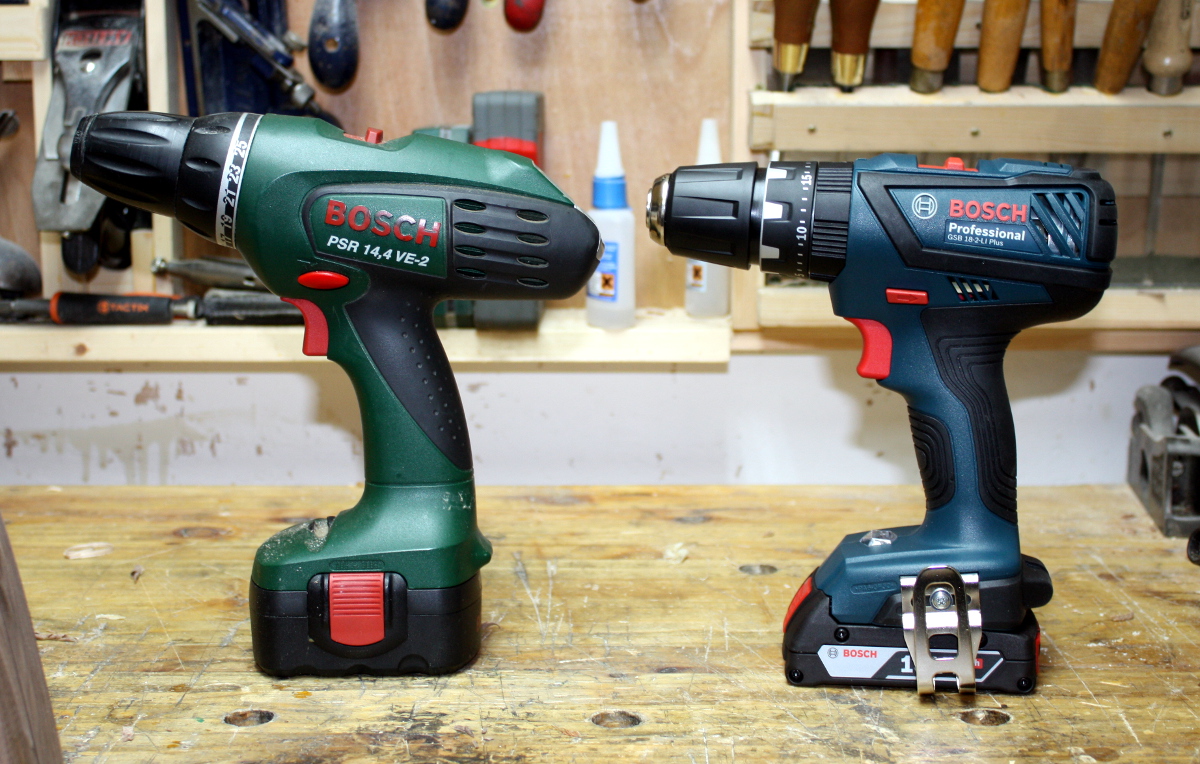 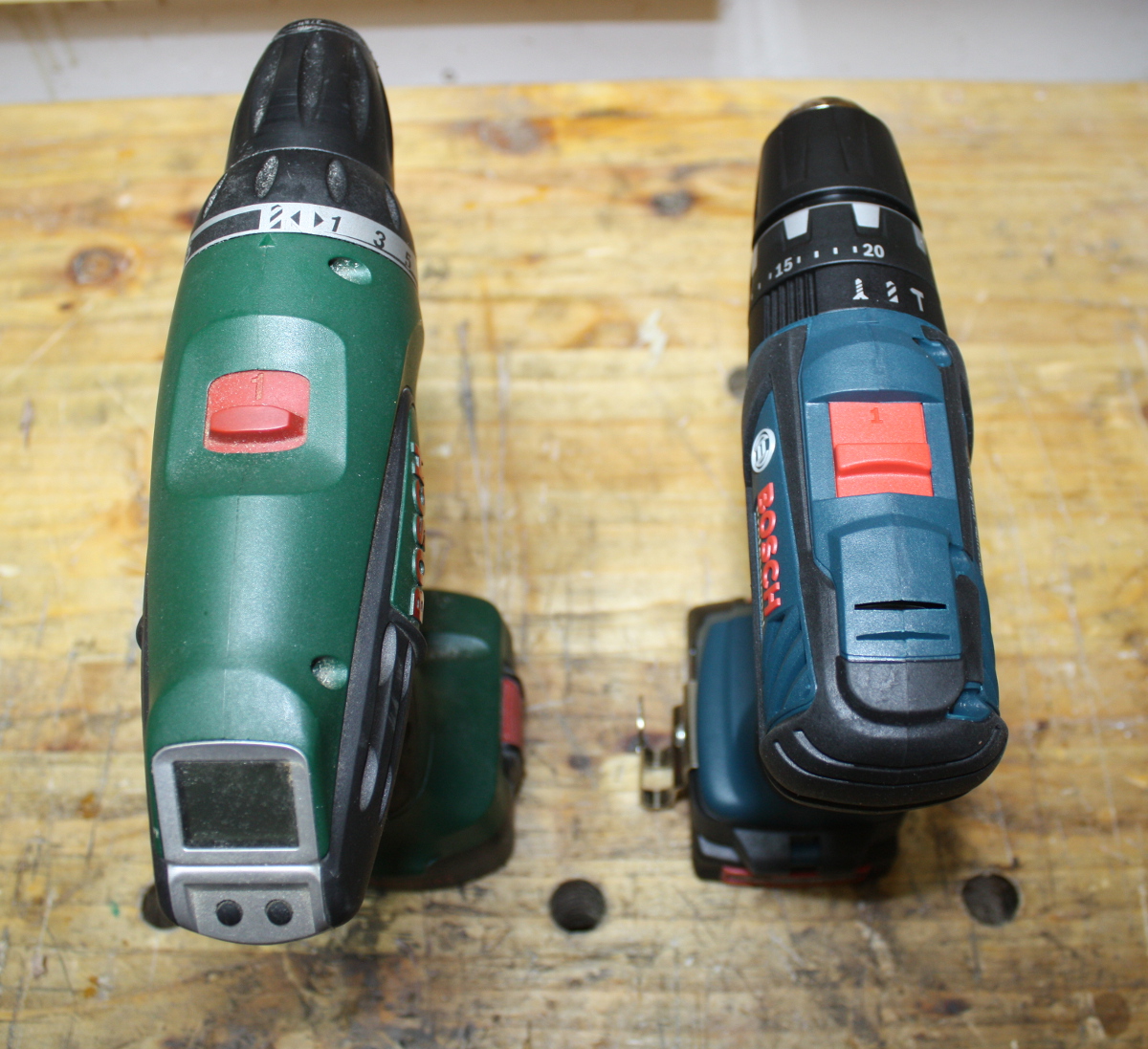 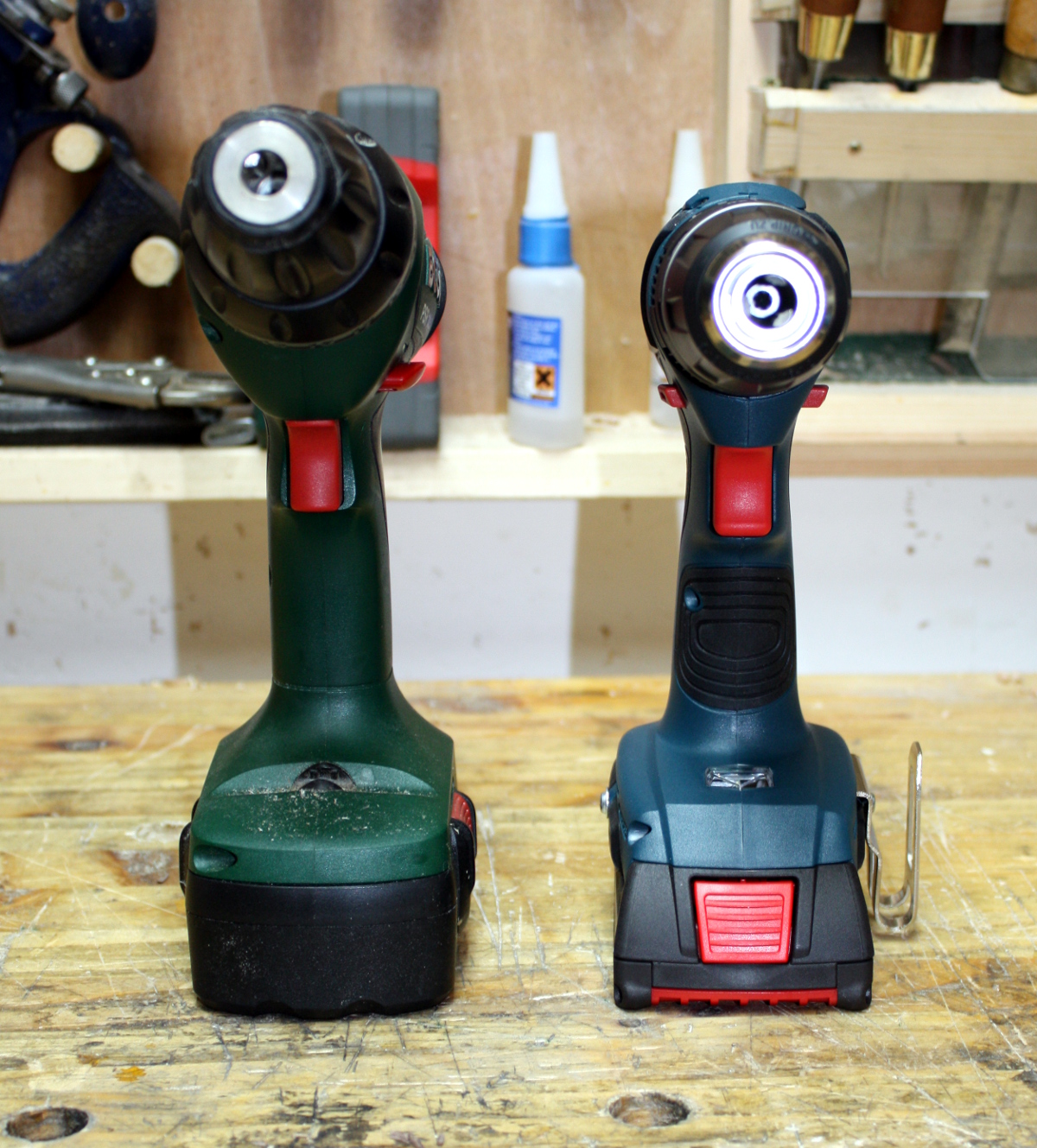 Now, to actually use the sodding thing…