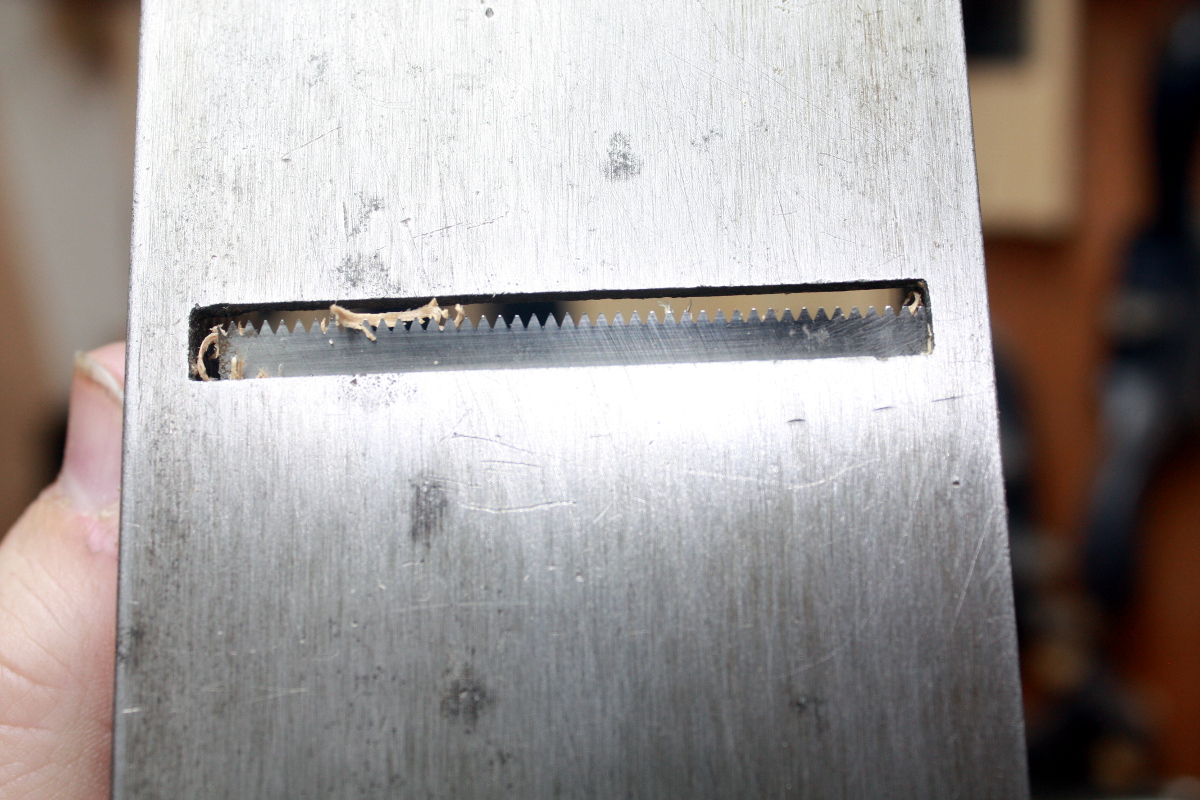 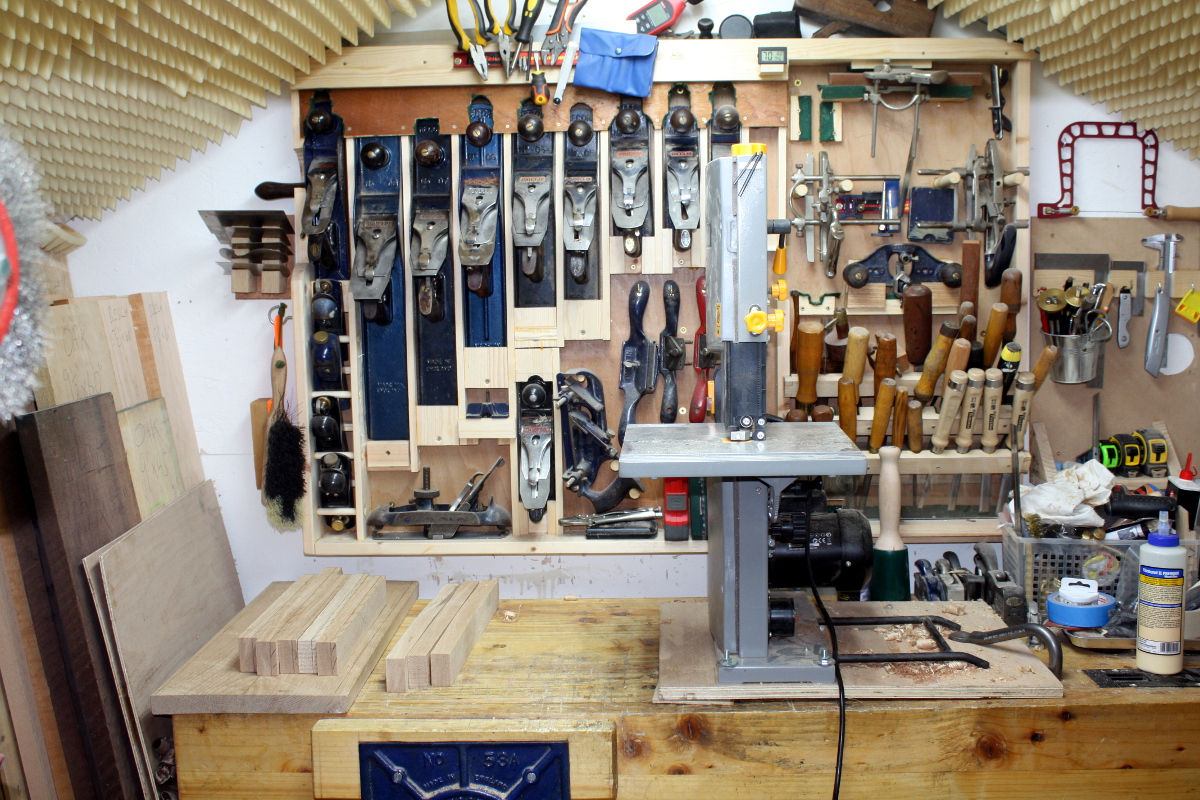 Well, that decided where to start for the evening I guess. I ripped the panels first, and then changed the blade because it was just wandering too much, and then cut the rails to approximate thickness and the stiles to rough thickness and straightened. 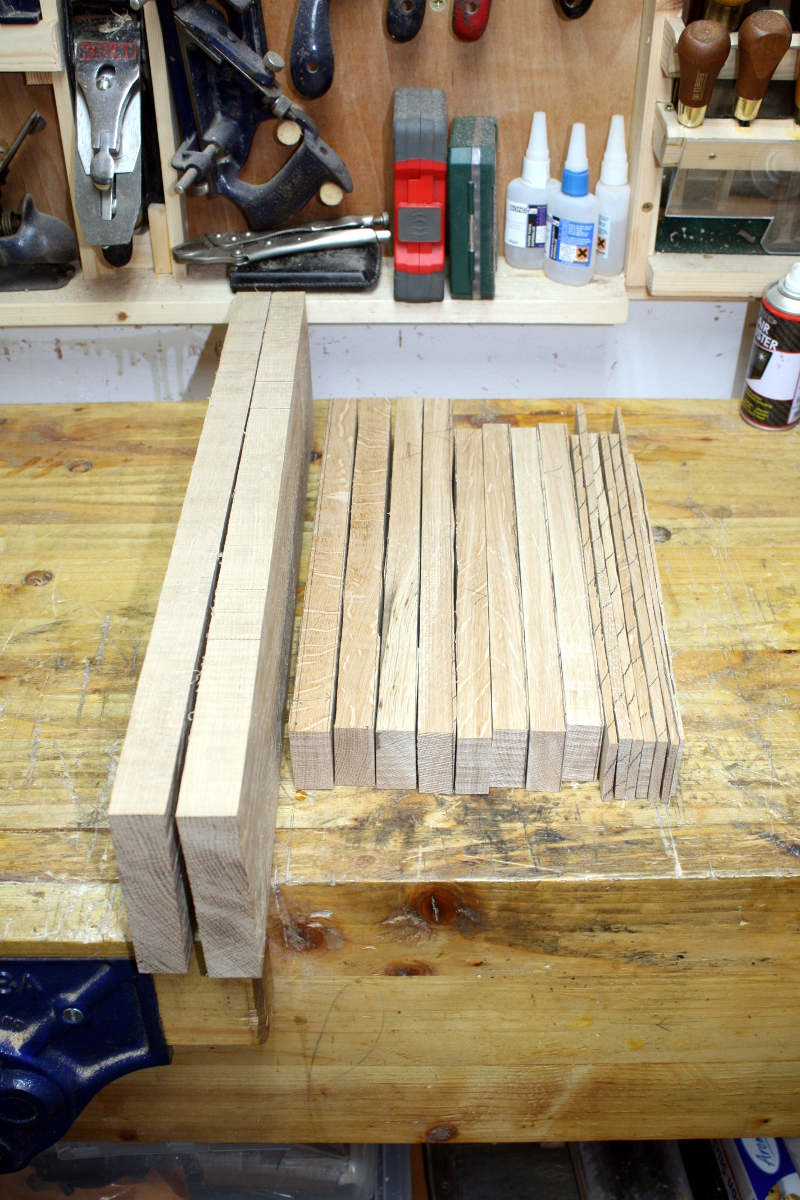 Bunch of small thin stock gathered as well. I’ll leave that dry on its own, see if it stays unwarped.

Then on to cleaning up edges on the panels. 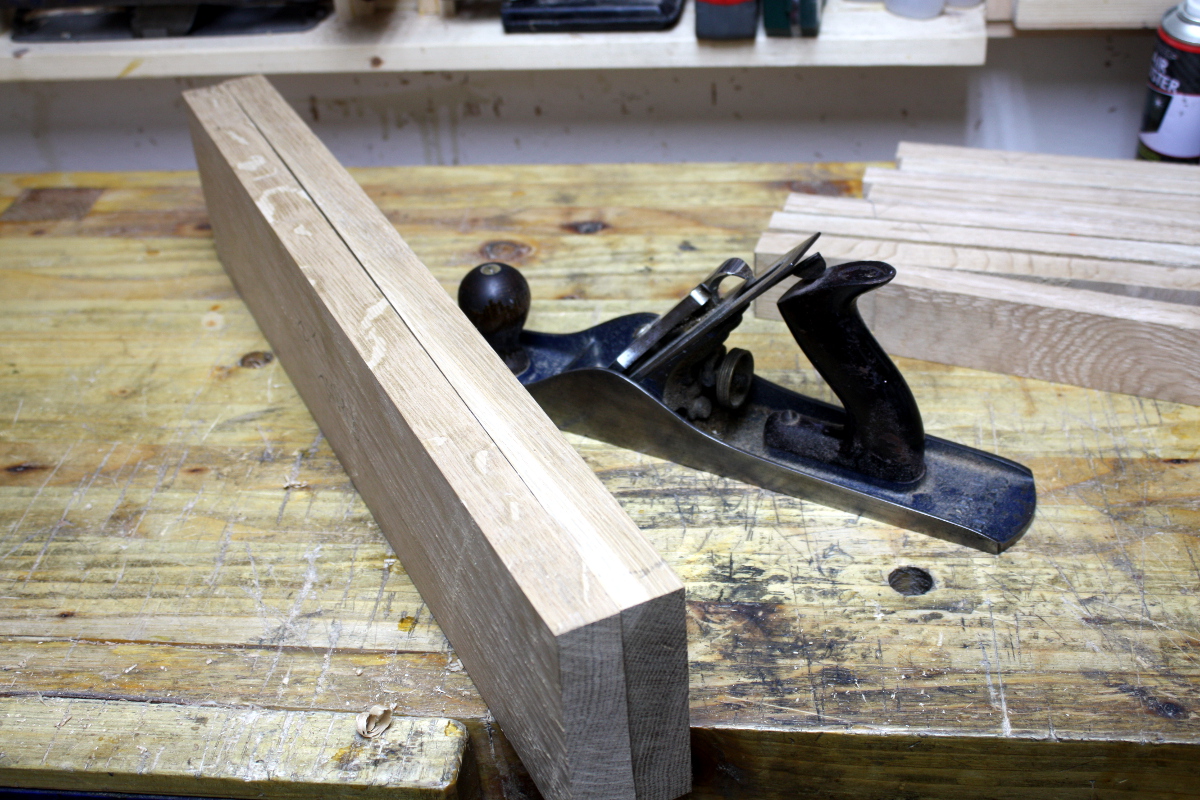 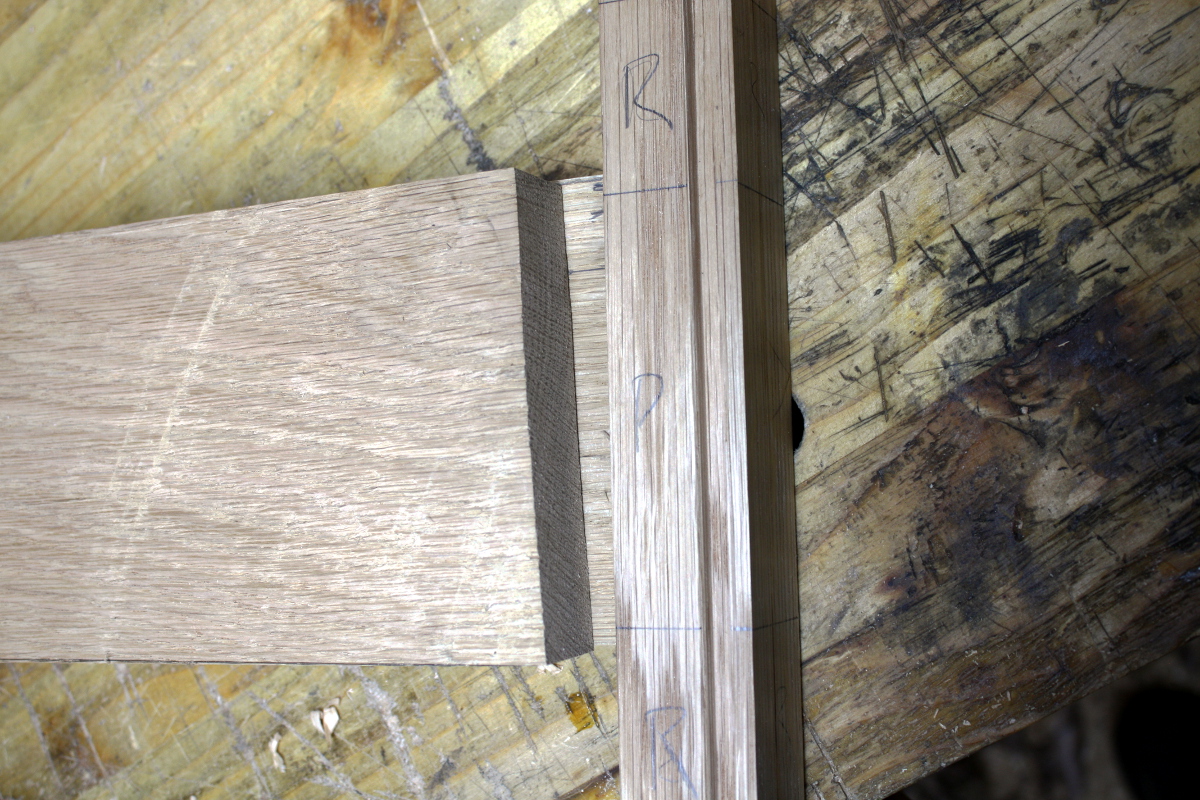 Yup, all good. Just resaw those and it’ll be grand.

Then on to cleaning up the faces of the rails and stiles. Started on the stiles and on the first pass it became obvious there was a problem. 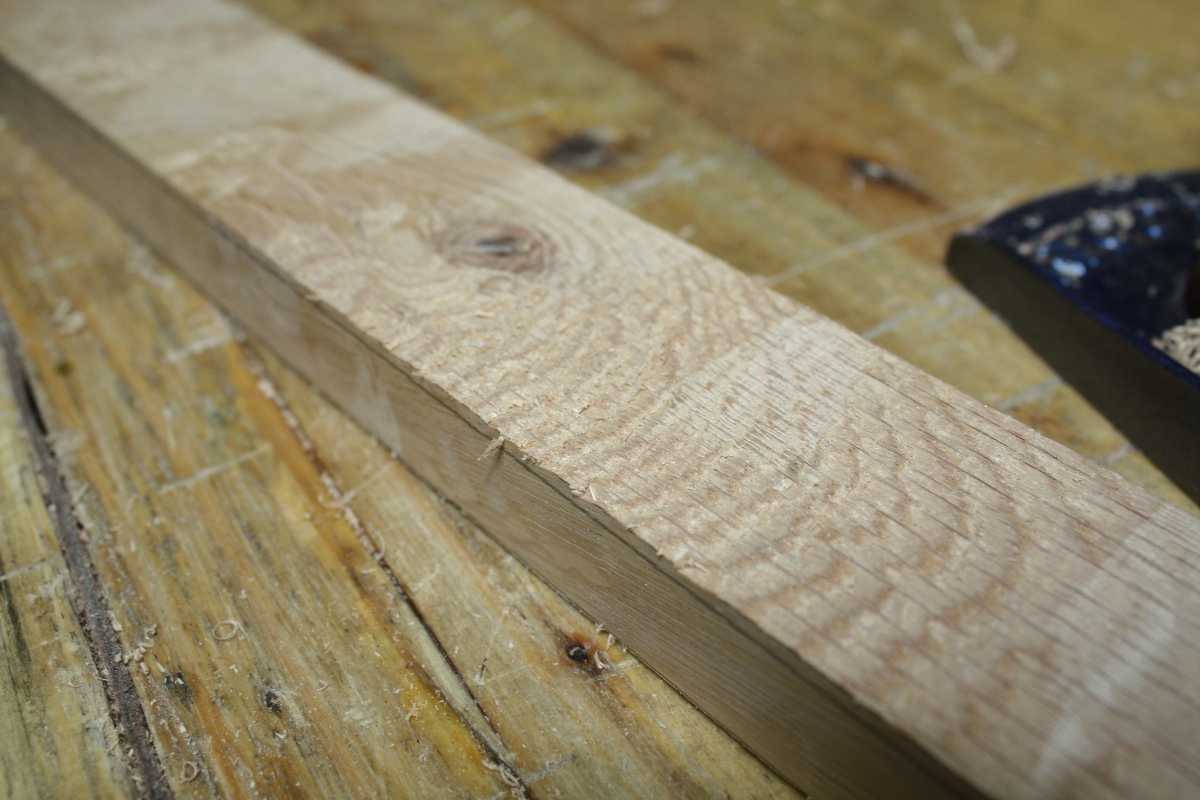 Hm. Well, I guess not every day is going to be a great shed day. Stupid “job” and stupid “mortgage payments”…

At least the walnut blank for the bandsaw box came out allright. 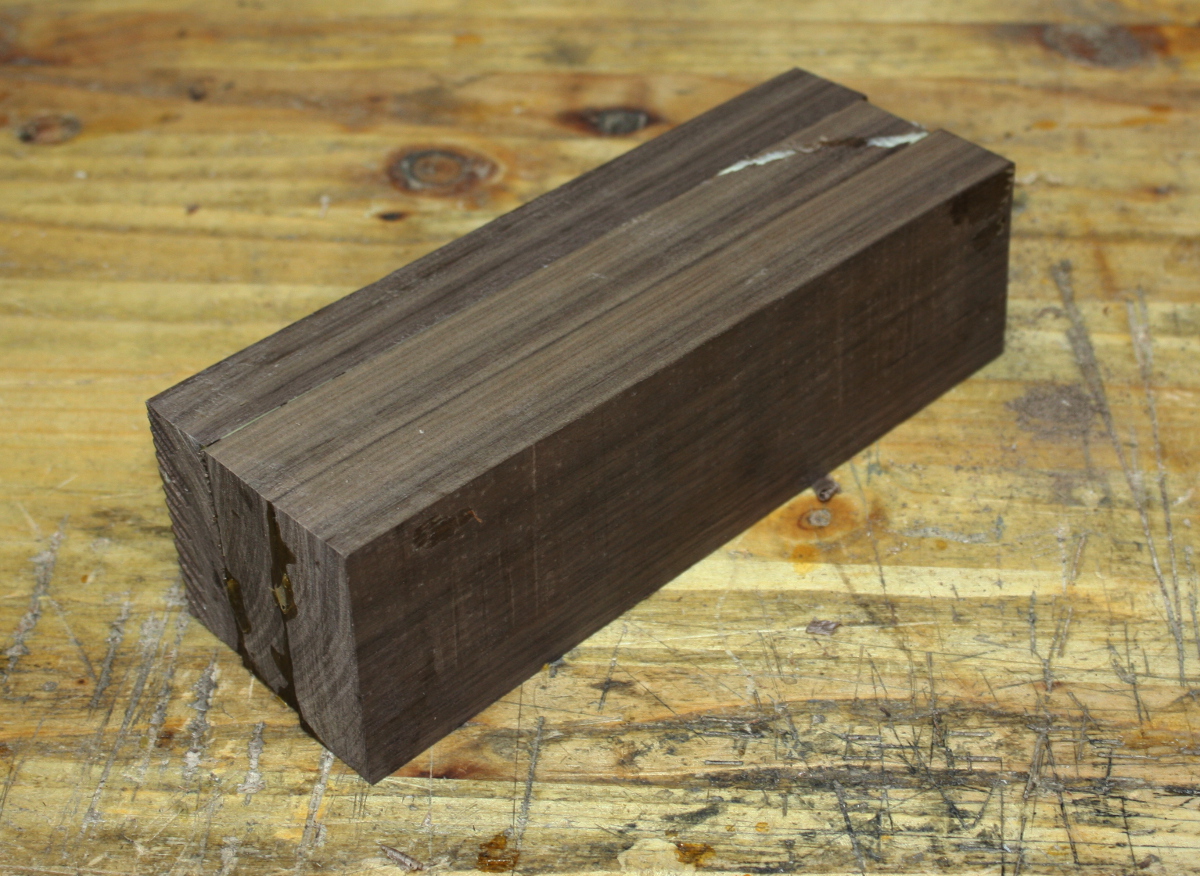 (That white glue streak is from where the bad saw cut was. The design will have to cut around that).

But I couldn’t drill the tabletop for the threaded inserts because they’re not here yet, so I just cleaned up the glue squeezeout from the table legs. 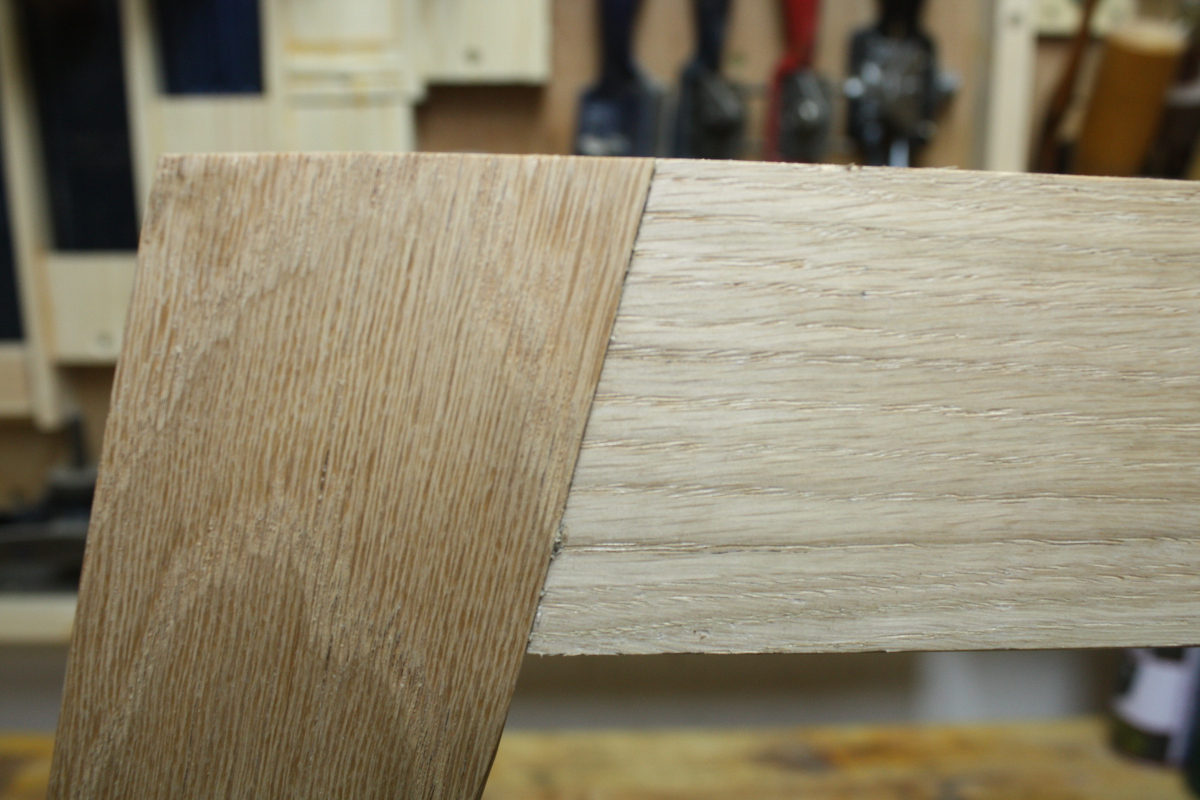 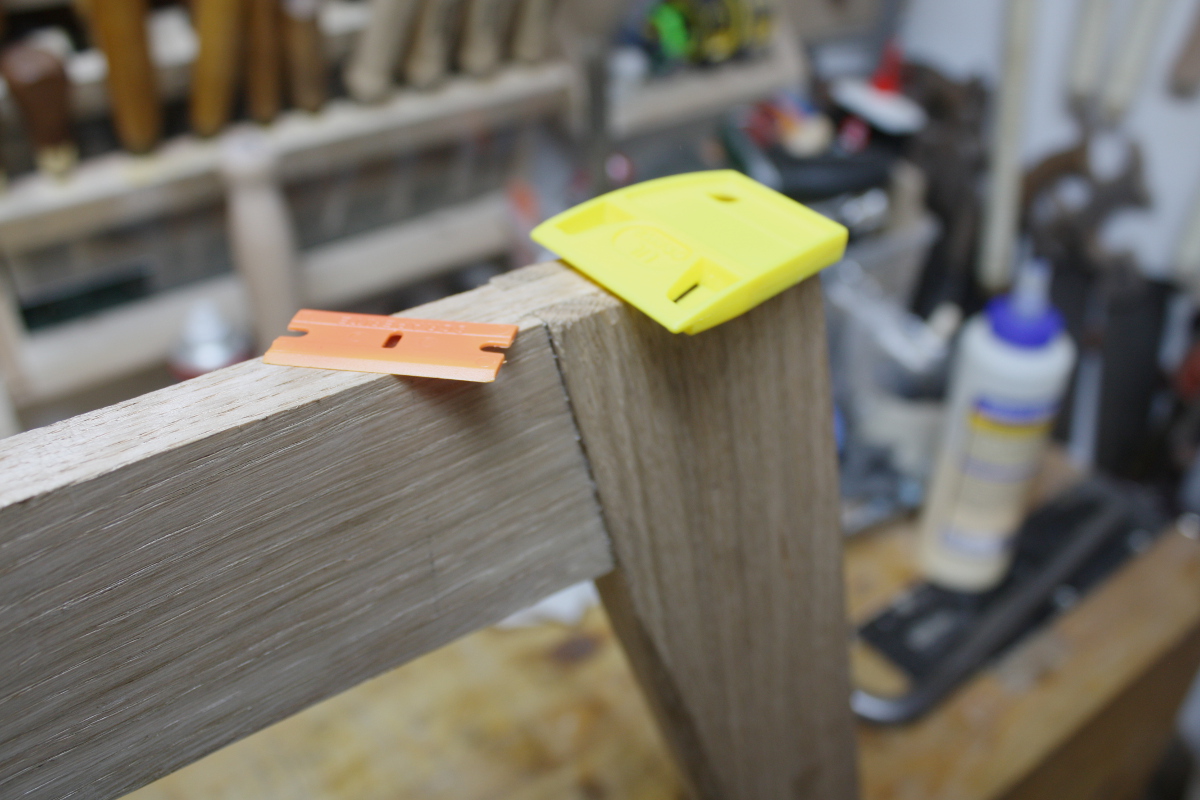 I guess you could just have a thin plastic knife for this (or a scraper if you didn’t mind then scraping out any scratches from the surface finish). But they were on sale and try anything once.

I got out the feeler gauge as well.… Read the rest 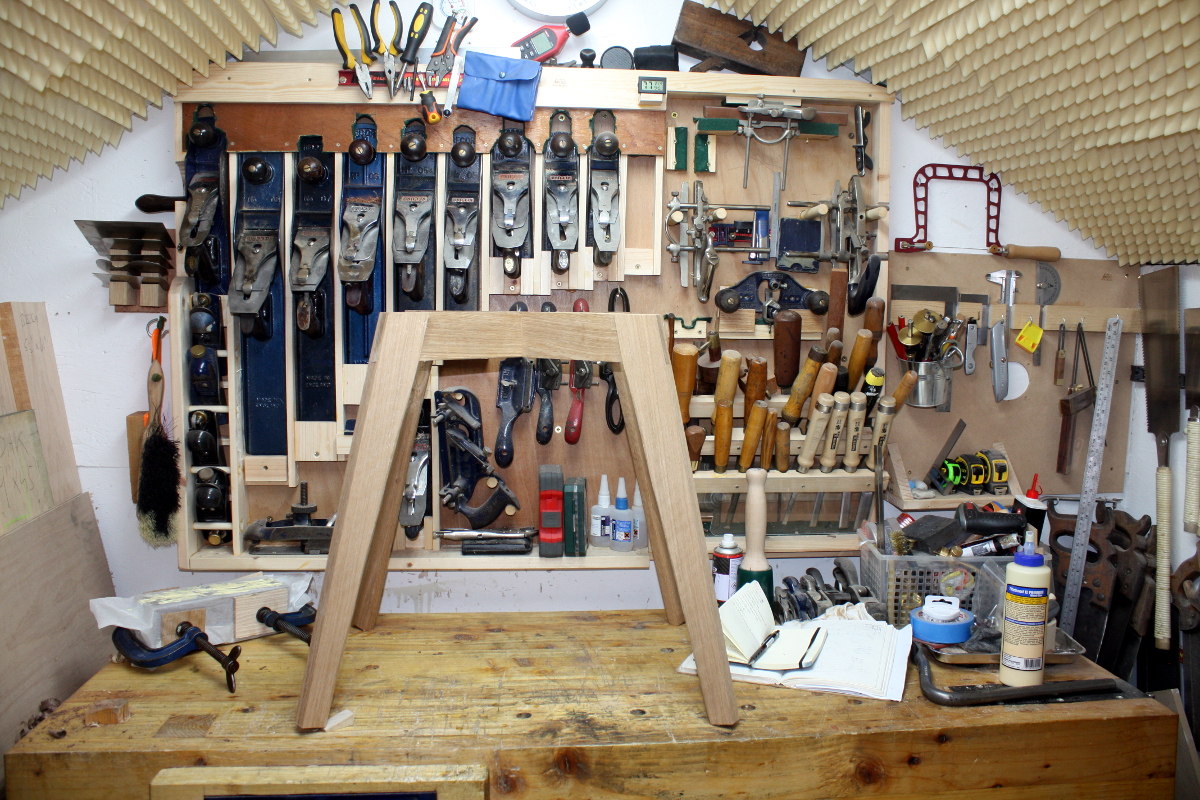 I actually managed to tick off almost every line on the to-do list for the week by Sunday night for a change. Before doing any “real” work though, I had to get the new interlopers off the bench. It’s been a while since I did framing-level work with 2x4s, but it’s like riding a bicycle… 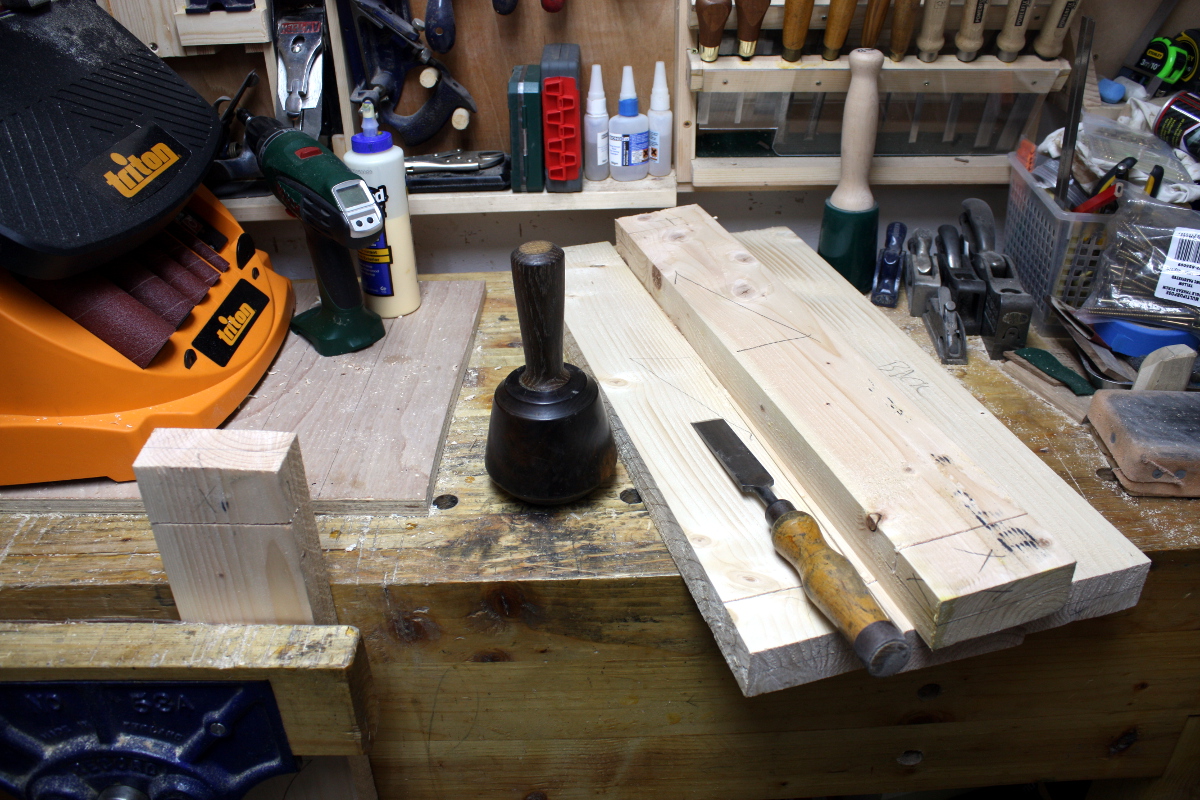 …downhill on a wet slope towards a brick wall while blindfolded.

But since I didn’t care what the end product looked like, it was fast enough work… 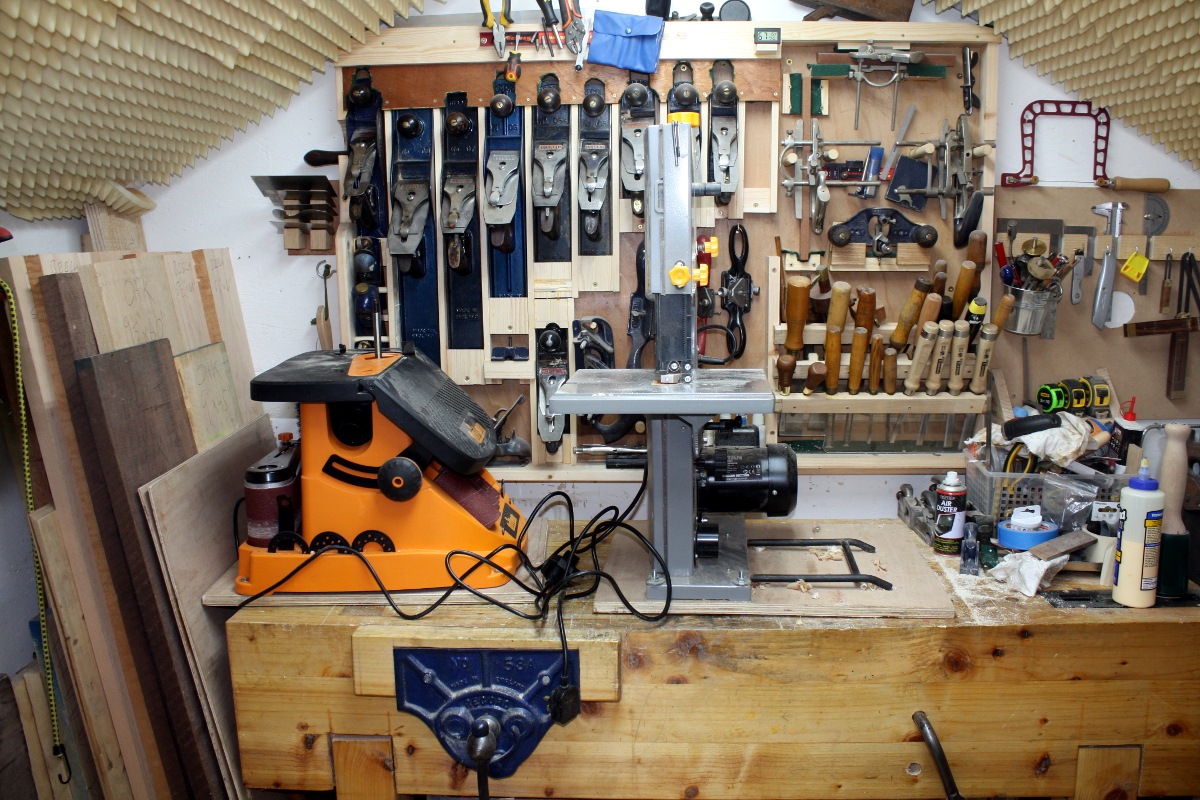 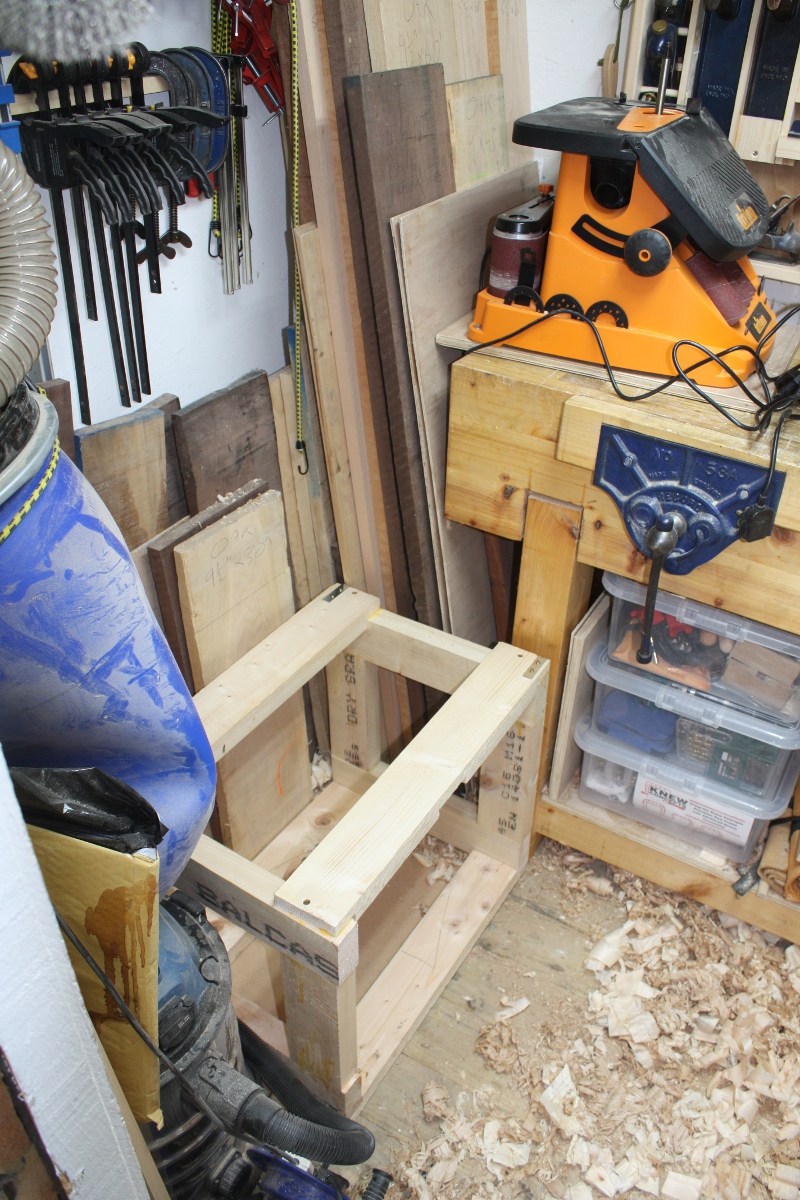 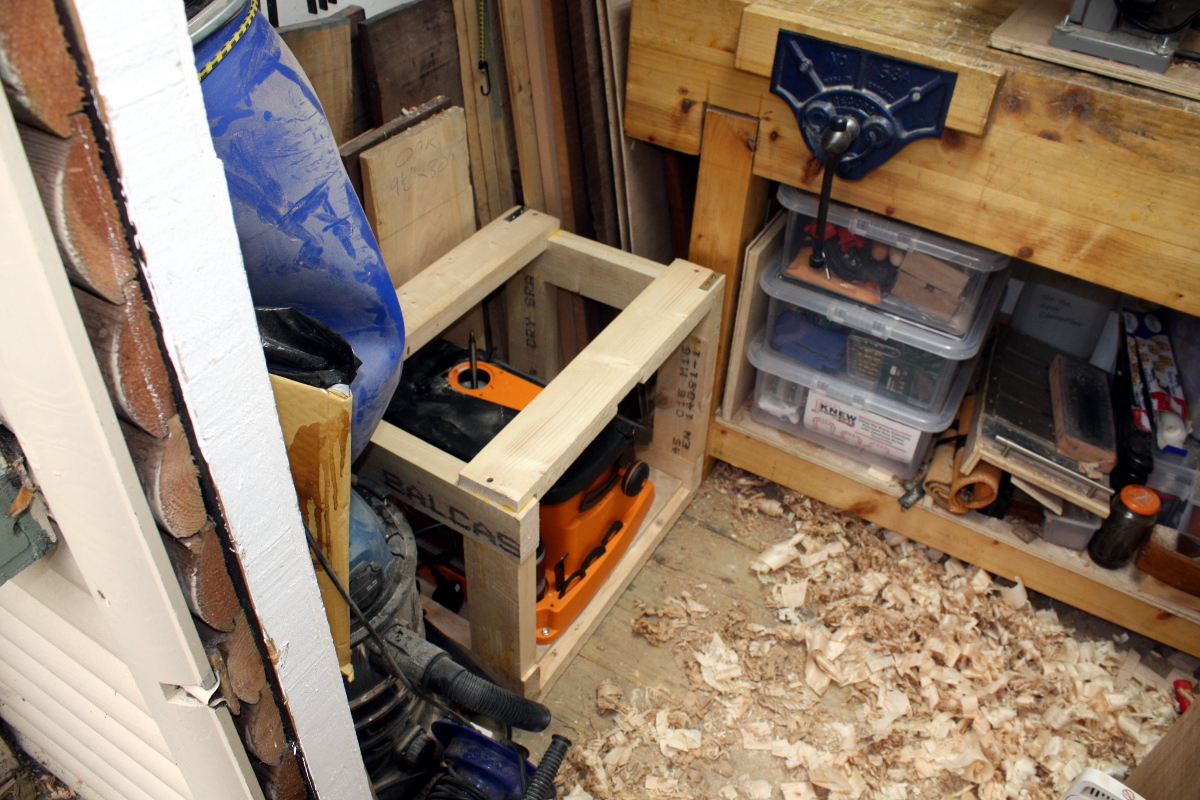 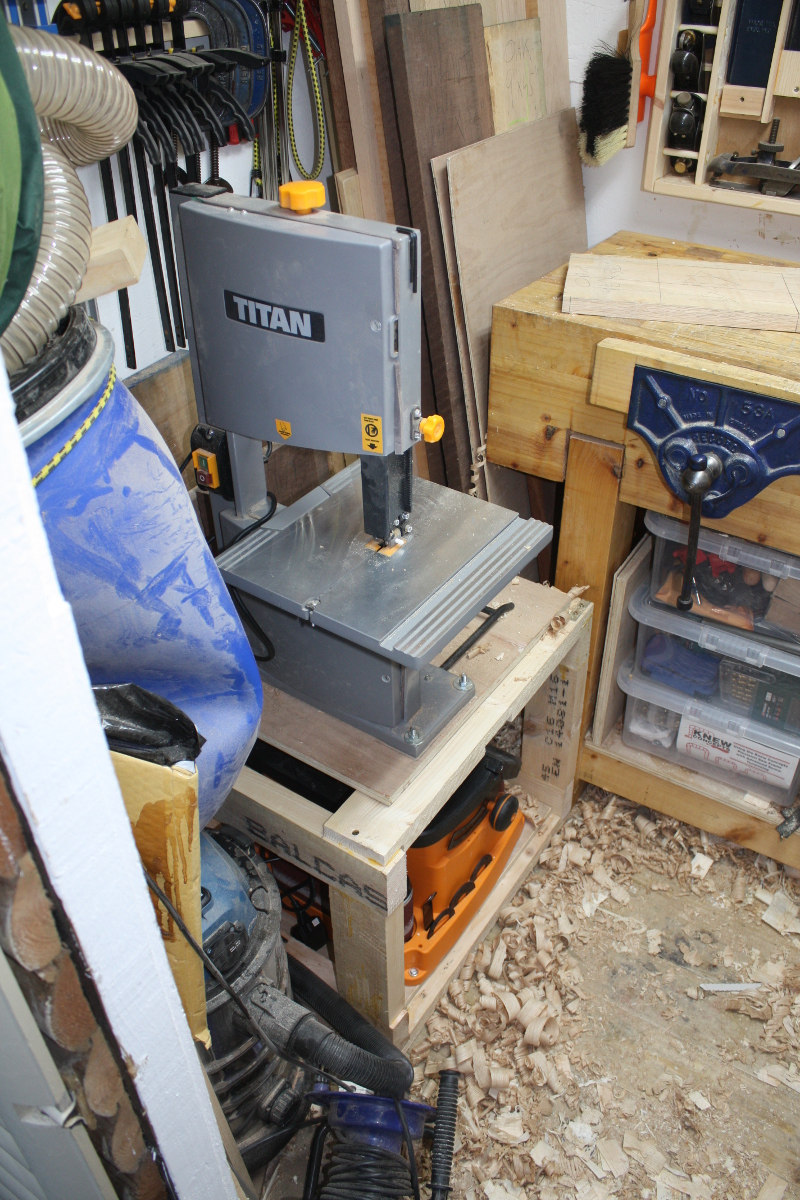 Rough as 10-grit sandpaper, but it got them off the bench and me back to it. I might make something less… industrial at some point, but for now…

That’s the table legs profiled and rounded on the back (the front has to wait until the frames are glued up).… Read the rest