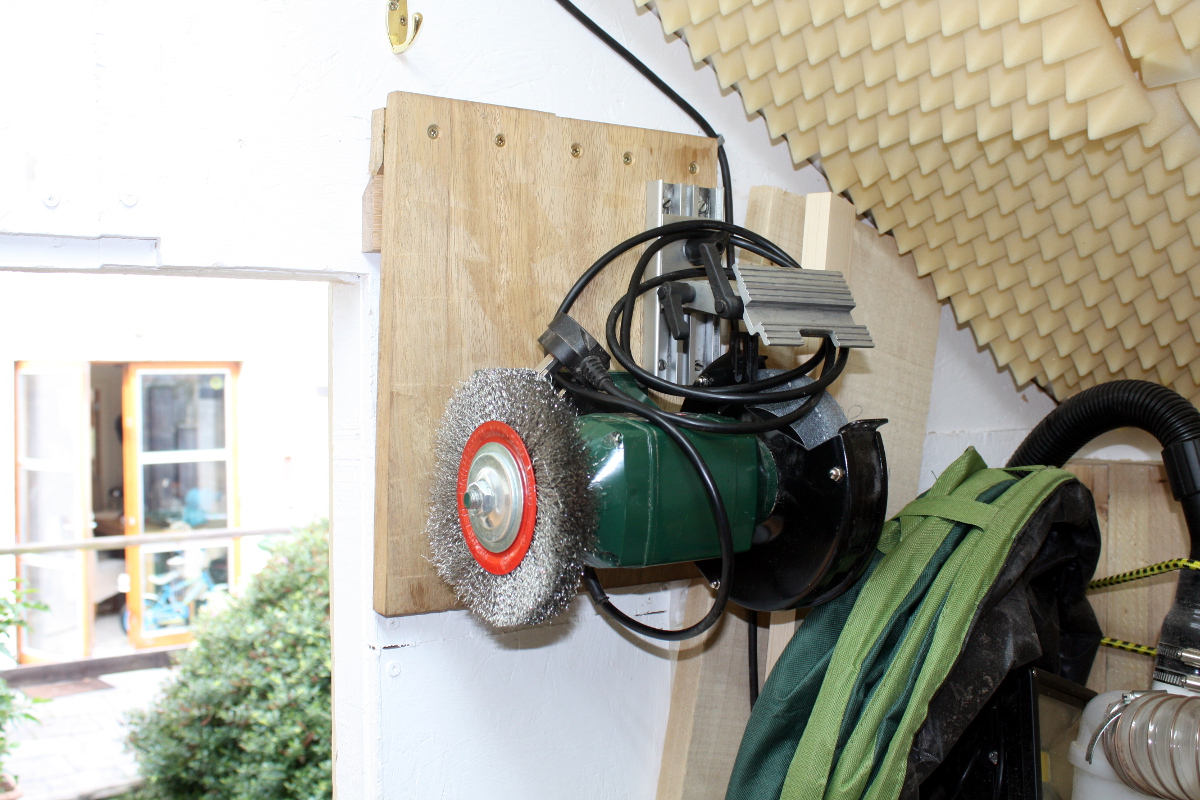 So I’ve said once or twelve times that I needed to do something about this stuff in the shed: 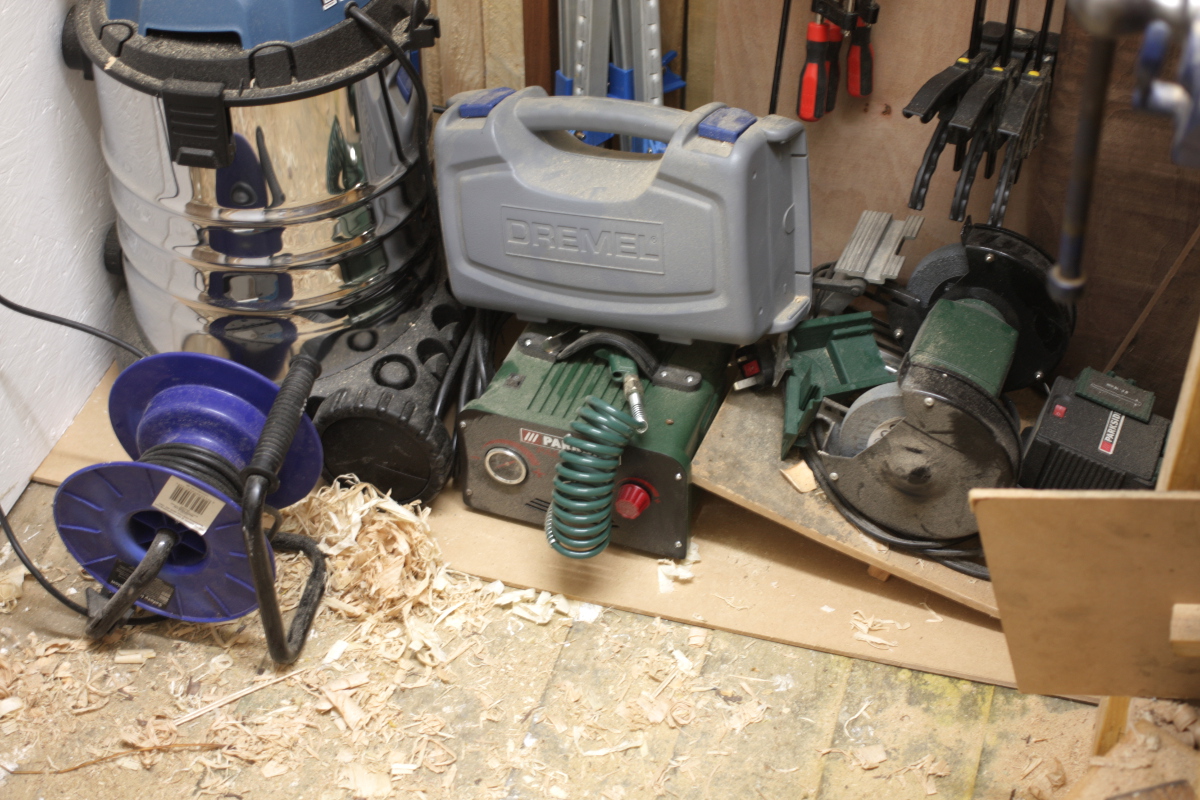 The little air compressor proved useless for shellac and stuff so it’s moved indoors to the lab for future mucking about with airfix models with junior and the like. The dremel, well, that’s handy for stuff so it still lives there, but the grinder was just a pain in the fundament. It’s on an MDF base with a small cleat on the bottom for the Black&Decker Workmate to grab onto (or the vice on the bench these days). So I finally got round to fixing that up and getting it out from underfoot. 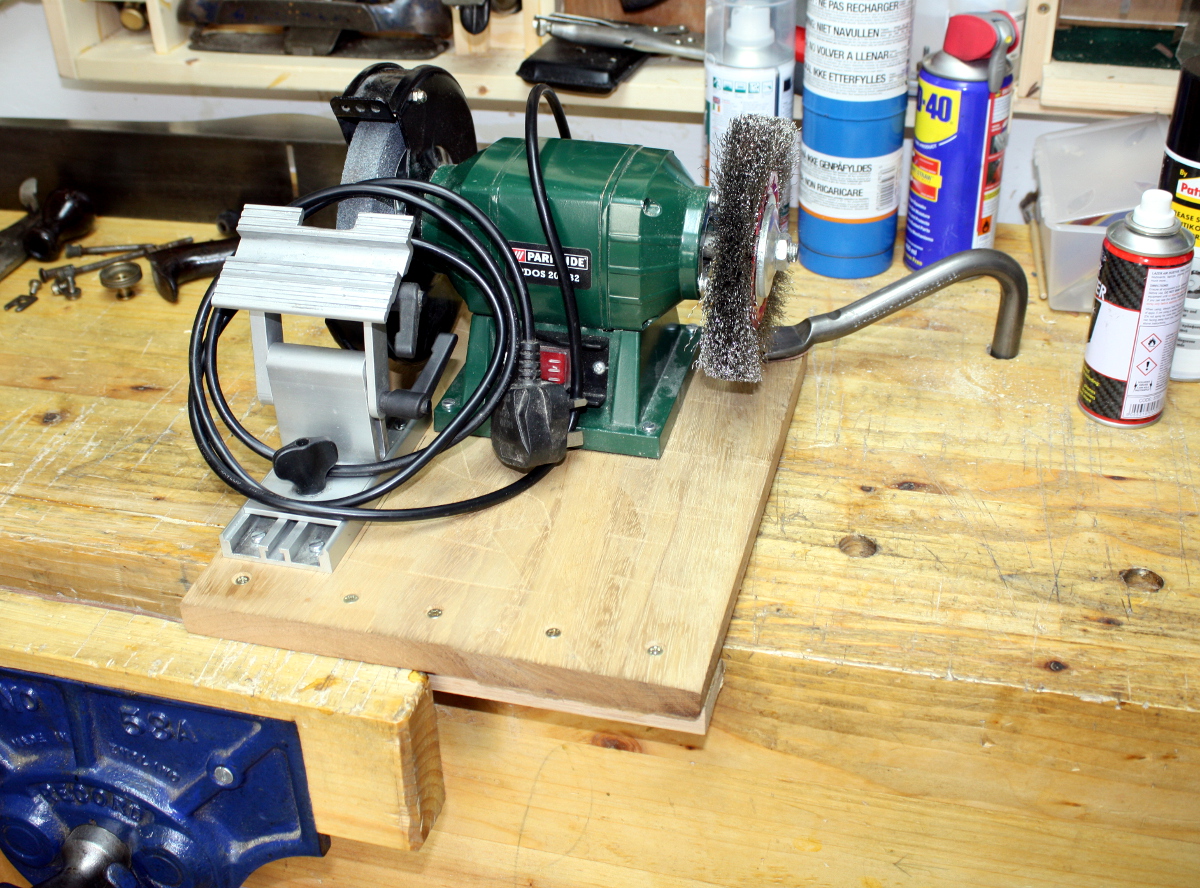 Smaller base, cleat at the front end to act like a bench hook and a holdfast at the back keeps it nice and stable (the base tends to cup a bit, I don’t think it’ll last forever). Pulled the stone on one side (the finer grit stone because if I need that grit, I just use sandpaper for the scary sharp method or I use the diamond stones – I’ve never used that fine grinder stone since I got it) and put a wire wheel on there to help clean up rust off some older tools. The wire wheel wouldn’t fit in the guard, so I lost it. 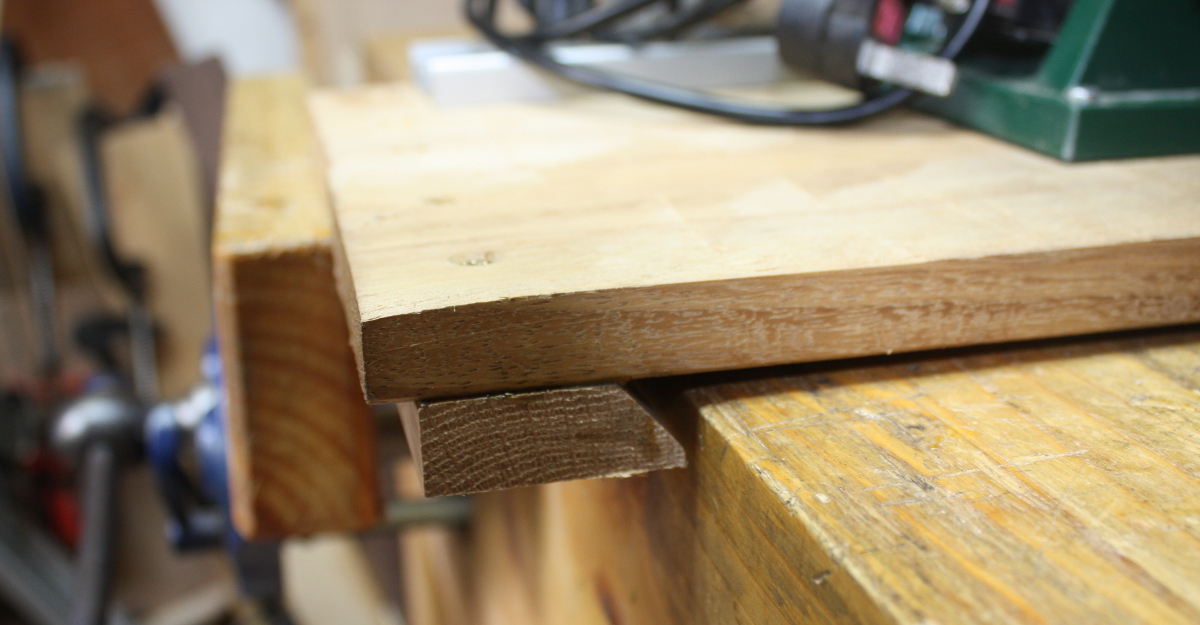 If that cleat looks familiar, it’s because you’ve watched woodworking videos on youtube in the last decade. It’s a french cleat with a matching cleat on the wall. 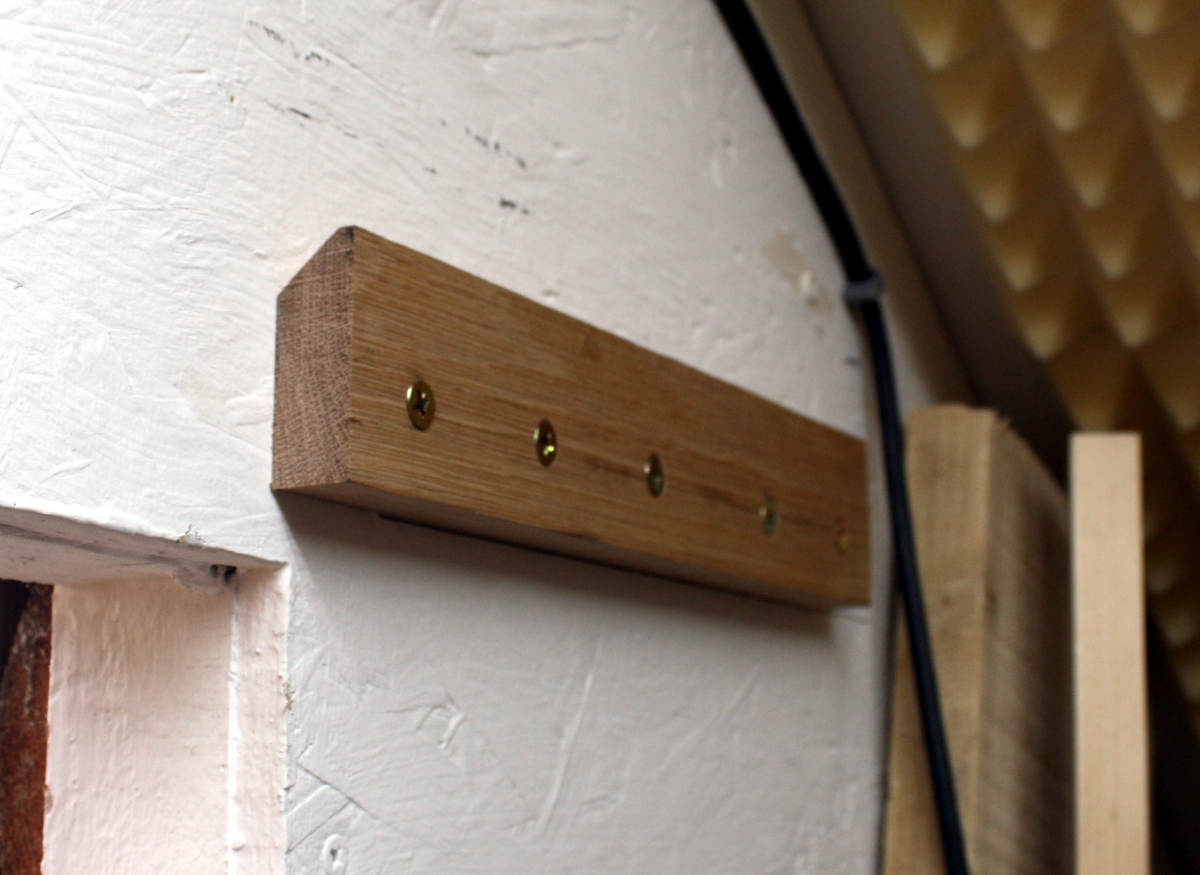 So now it’s out from underfoot and positioned perfectly to remove an eyeball as you enter the shed. Who really needs to look to the left though?