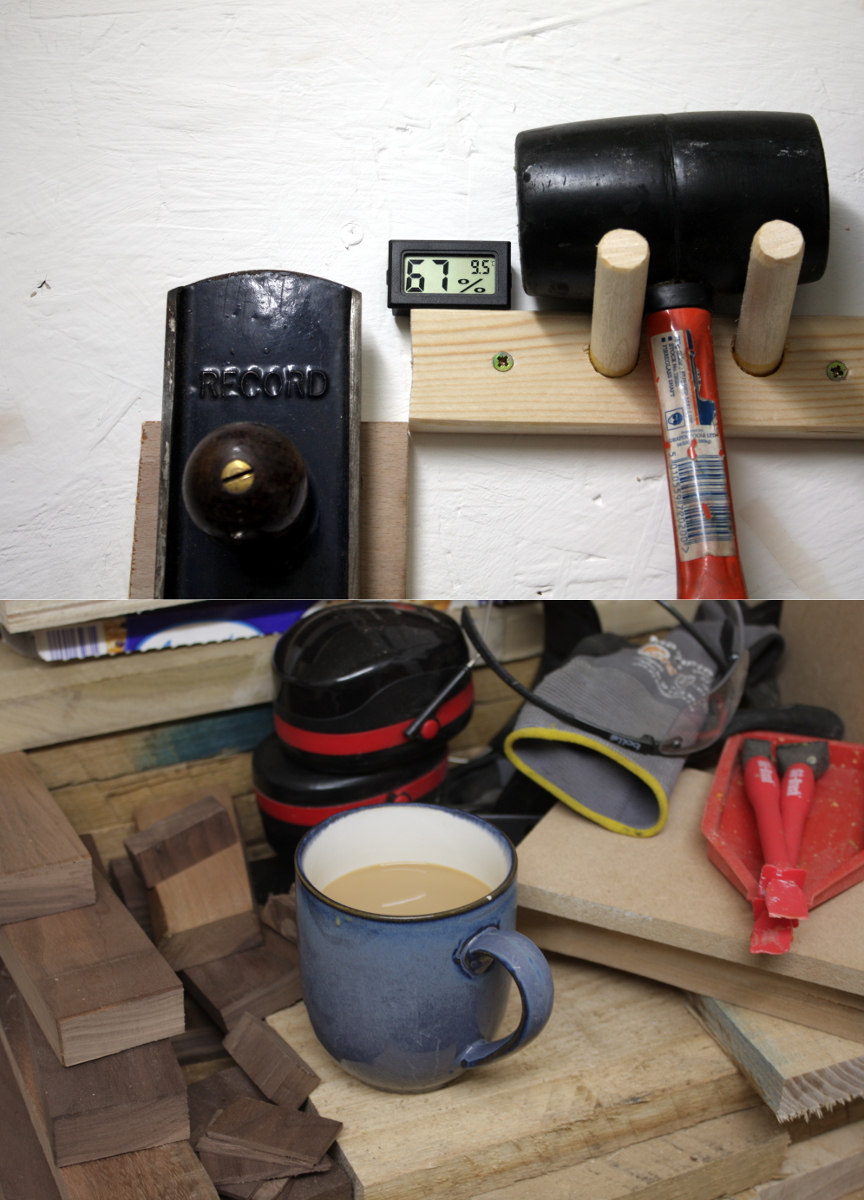 So while waiting for the steambent walnut to dry, I got on with the mattress platform. First up, ripping out laths for the remaining crossmembers and prepping them.

Is it me or is stock prep the most common hand tool job of all? 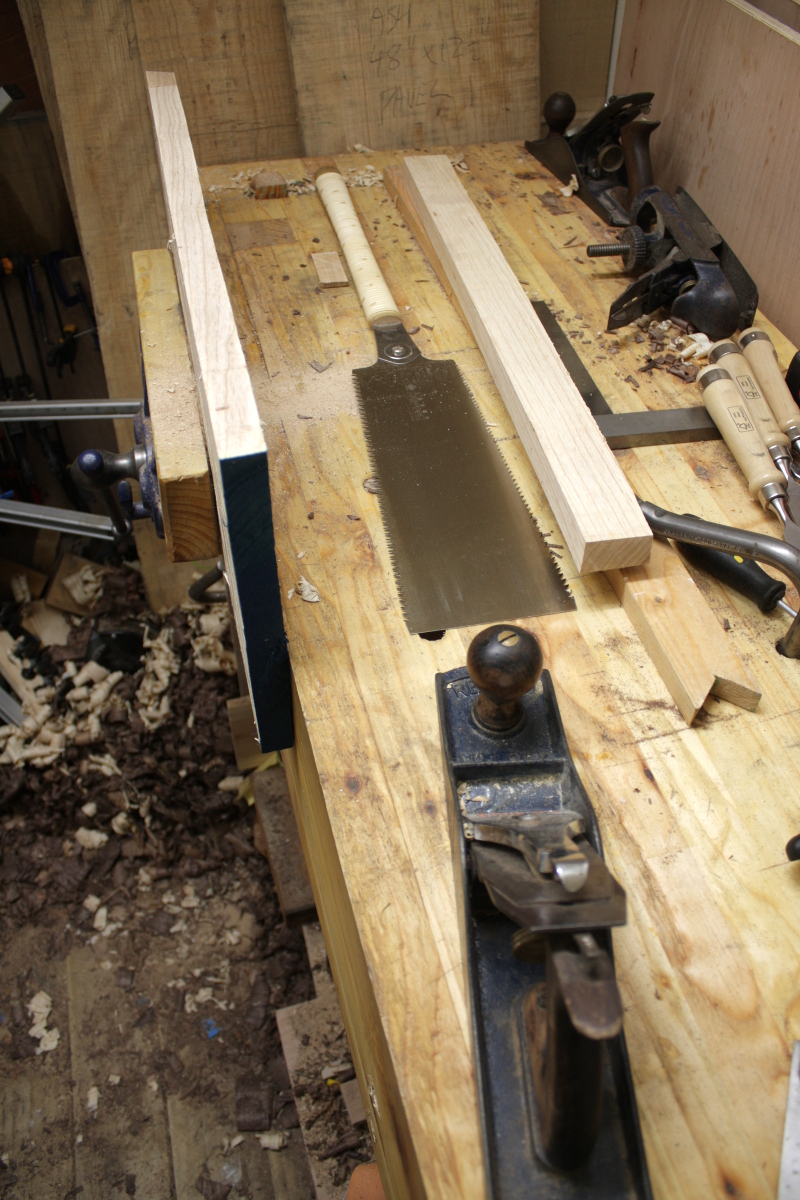 I had an end piece of ash about two feet long that wasn’t going to be doing much else, so I chose that for the crosspieces. I wanted to get four out of it, a bit thinner than the walnut crossmembers for the visual look, but not too much thinner.

Then, once I had them ripped out, I had to thickness them down by a quarter inch or so. Four of them. In other words, I turned a 2″x1″x2′ length of ash completely into shavings. Even with Sid, it sucked. 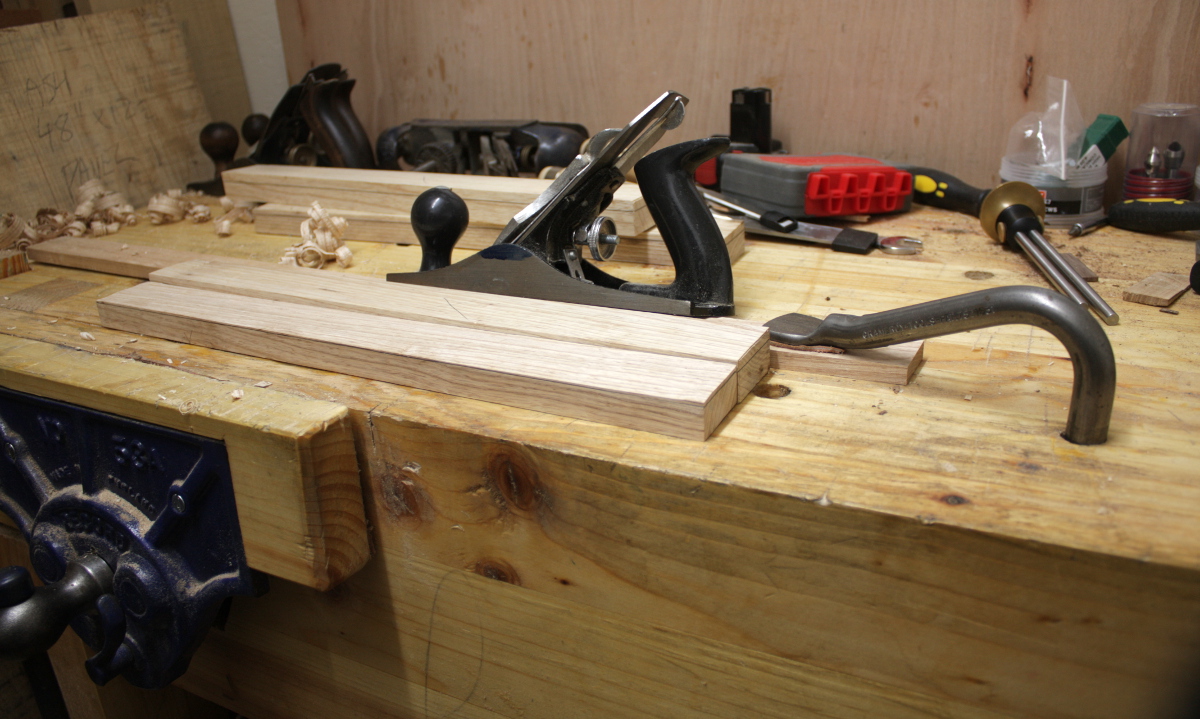 Still, got it done. And Herself even brought me some coffee as it was kinda cold.

That’s marriage for you, right there. 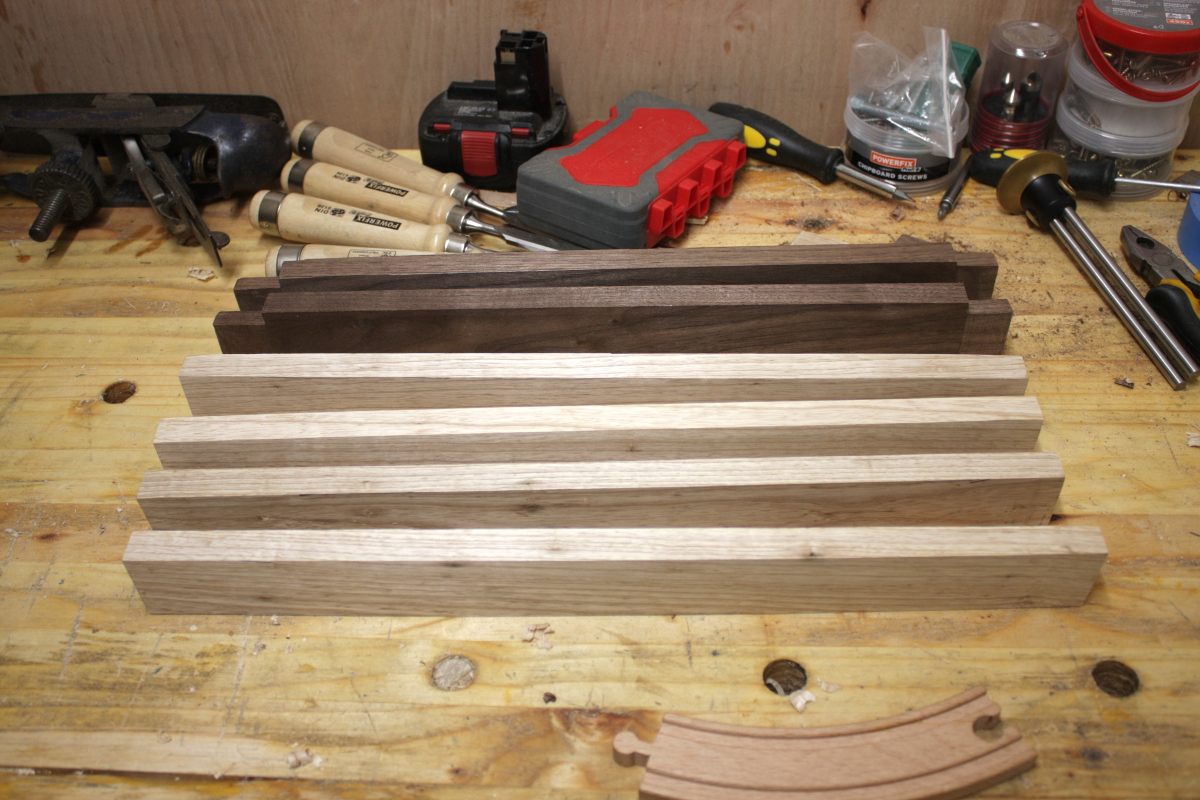 The railway piece is a little repair job for Junior. Hooray for wooden railway sets, they’re easy enough to repair compared to the plastic ones. When those break, that’s it, the whole thing’s toast.

And they fit. Grand so, time to cut the joinery tomorrow…