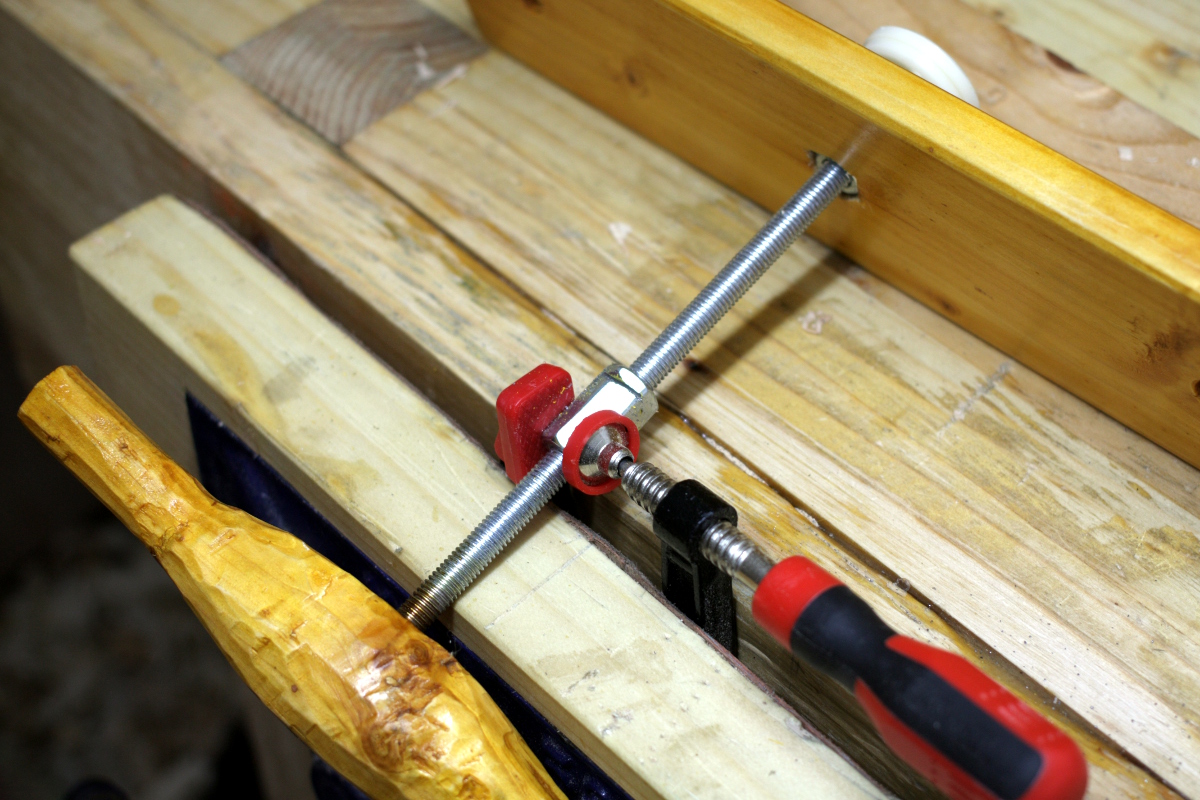 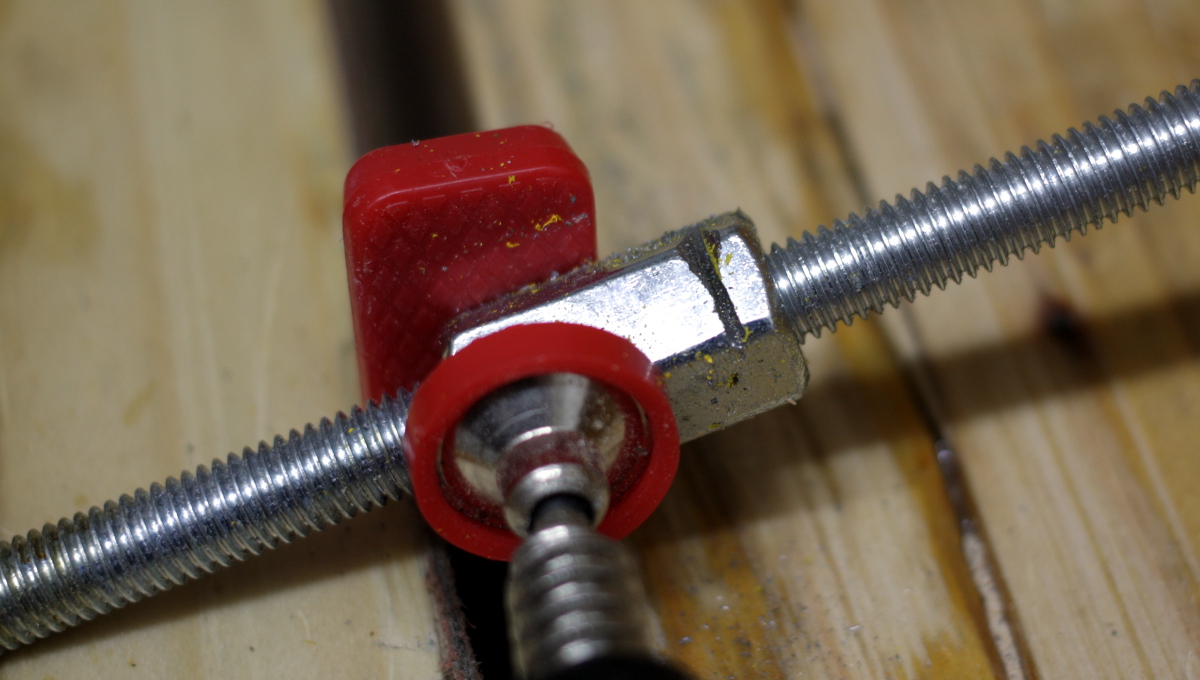 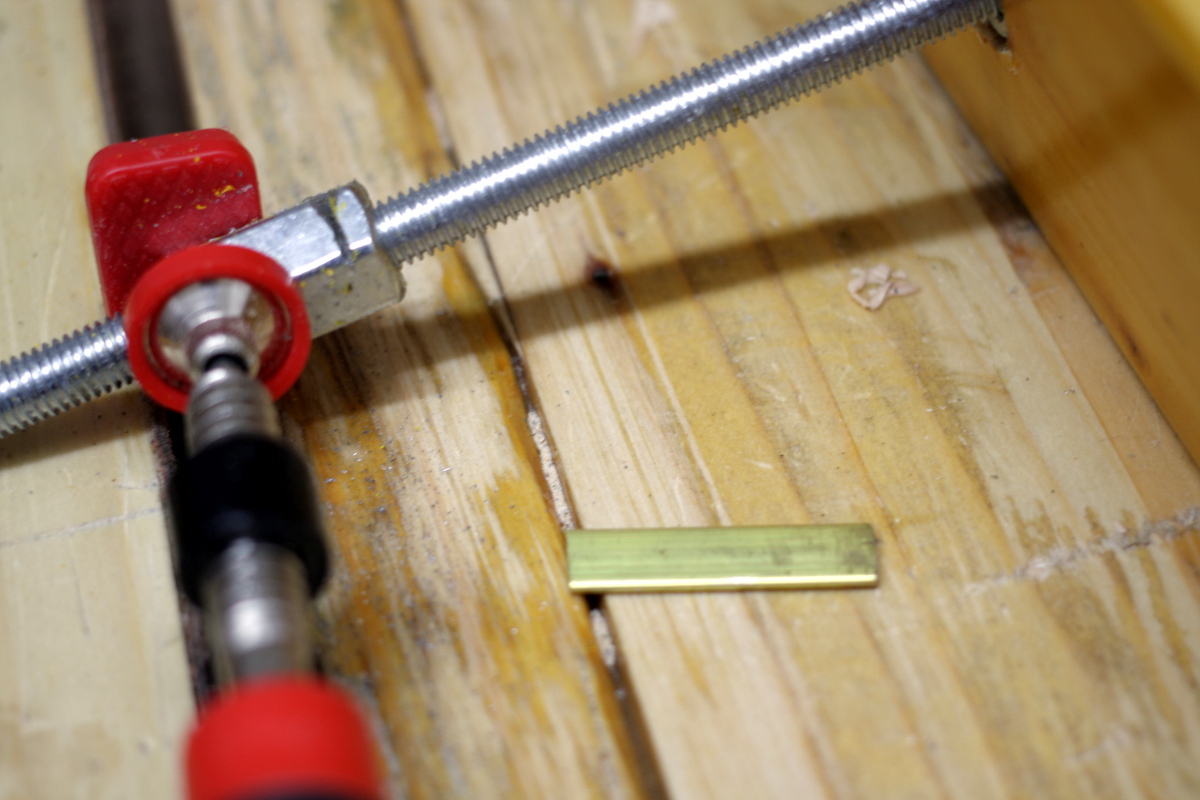 I had to get some brass for the cot anyway for drawer bearing surfaces, so I got a little extra and cut a small piece off it (the rest will get used in a few other things). I couldn’t find any JB weld, but I could find an araldite metal epoxy, so I mix up some of that, fill the slot with it, shove the brass in, slather some more epoxy on that, and then swear many, many times at all my clamps as they all fail to clamp it in place, and I eventually resort to tape. 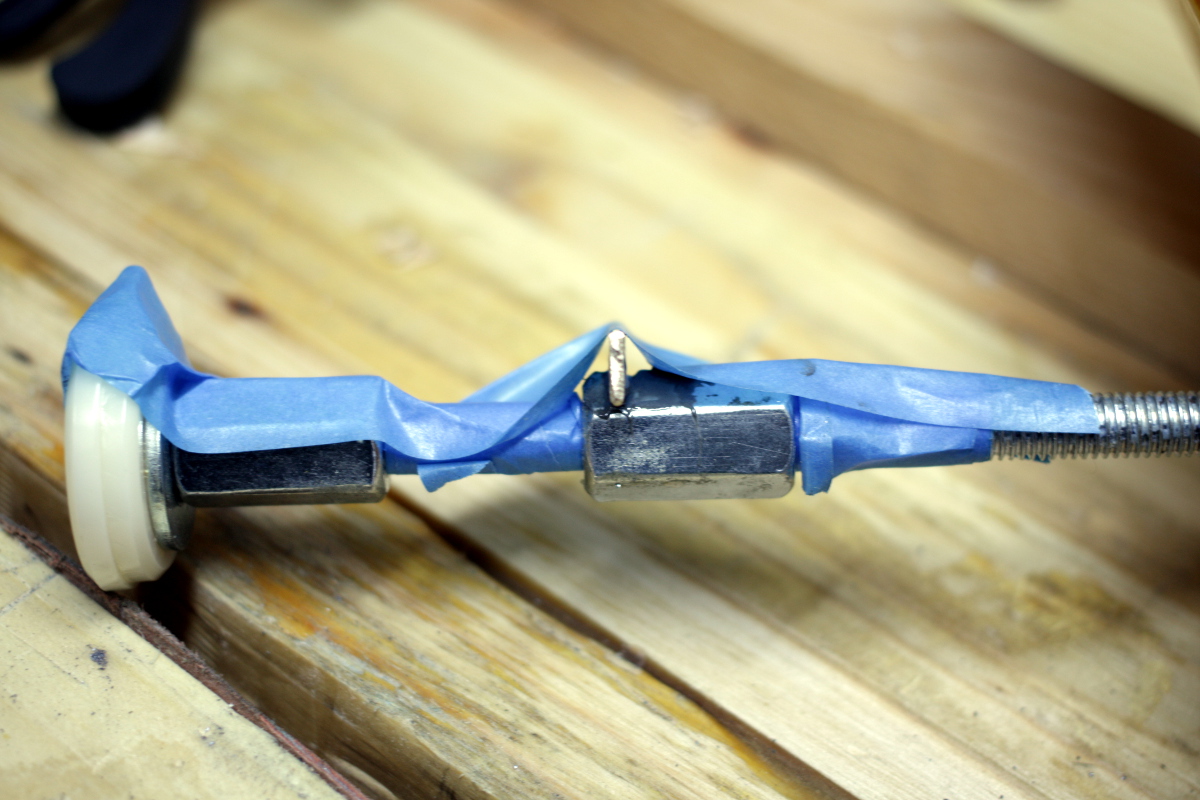 I’ll give that a few days to cure and then I’ll cut a fairly precise (ha!) mortice in the crossbarwith the marking knife and a small chisel and epoxy the nut and the bar back into the crossbar. Hopefully that will act as an anchor for the nut in the crossbar. We’ll see…

Then on to the slats and thicknessing. 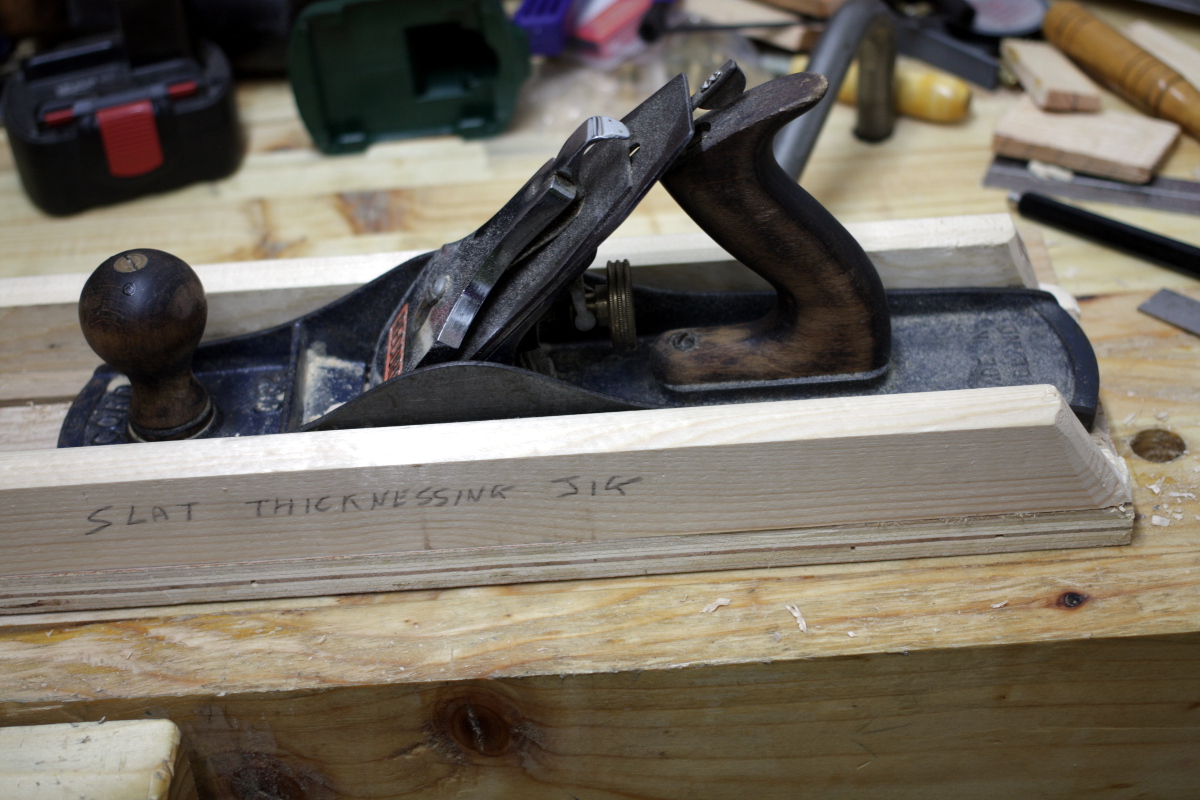 It’s very simple. You put the slat in the jig, you put the plane on the slat… 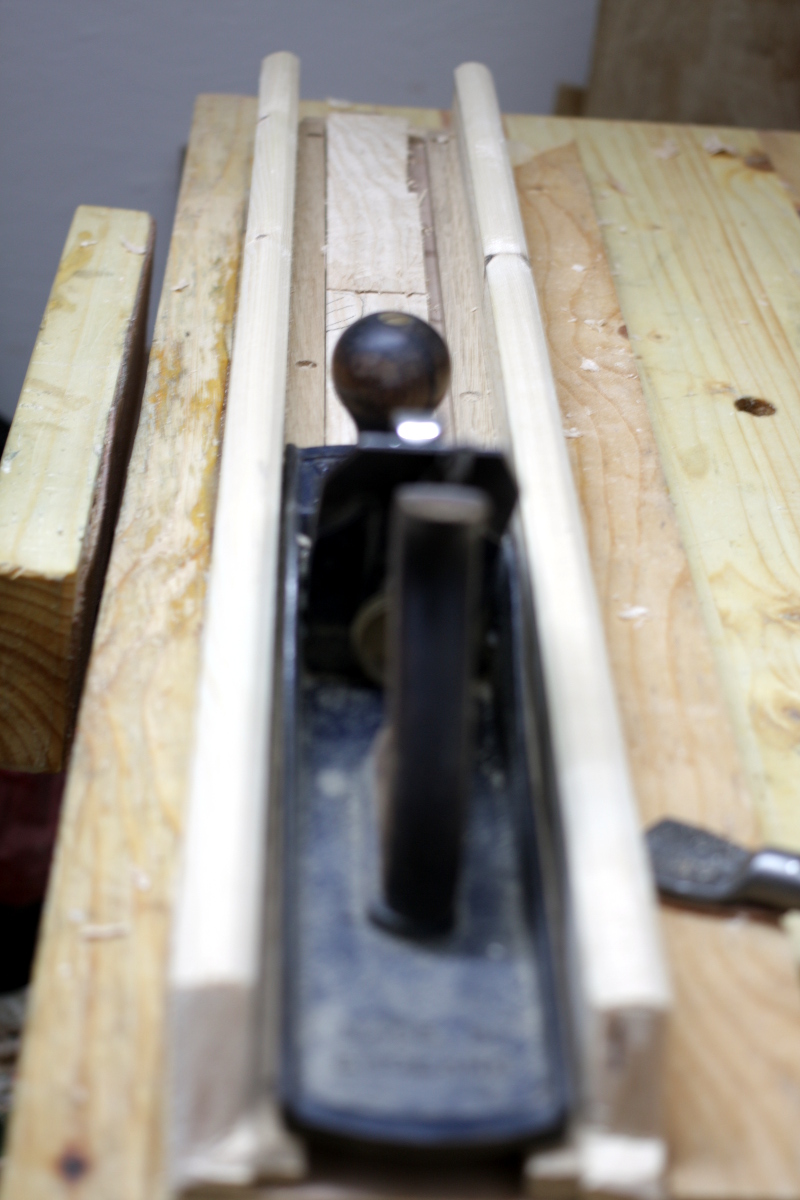 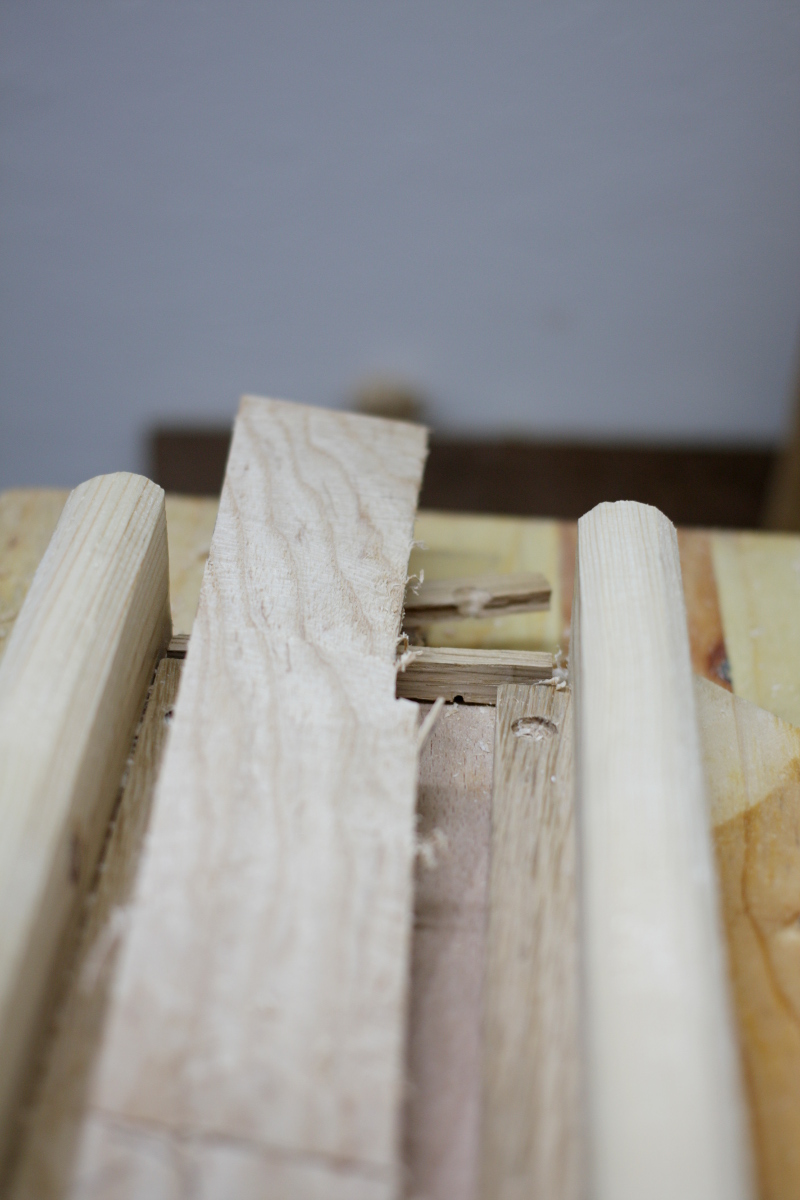 …or until the blade of the plane chatters, catches on the slat because the slat is slightly bowed, and smashes through and over the stop at the end of the jig destroying it. Oh, bother.

Well, what good is a planing stop that can’t act as a stop when planing, right? 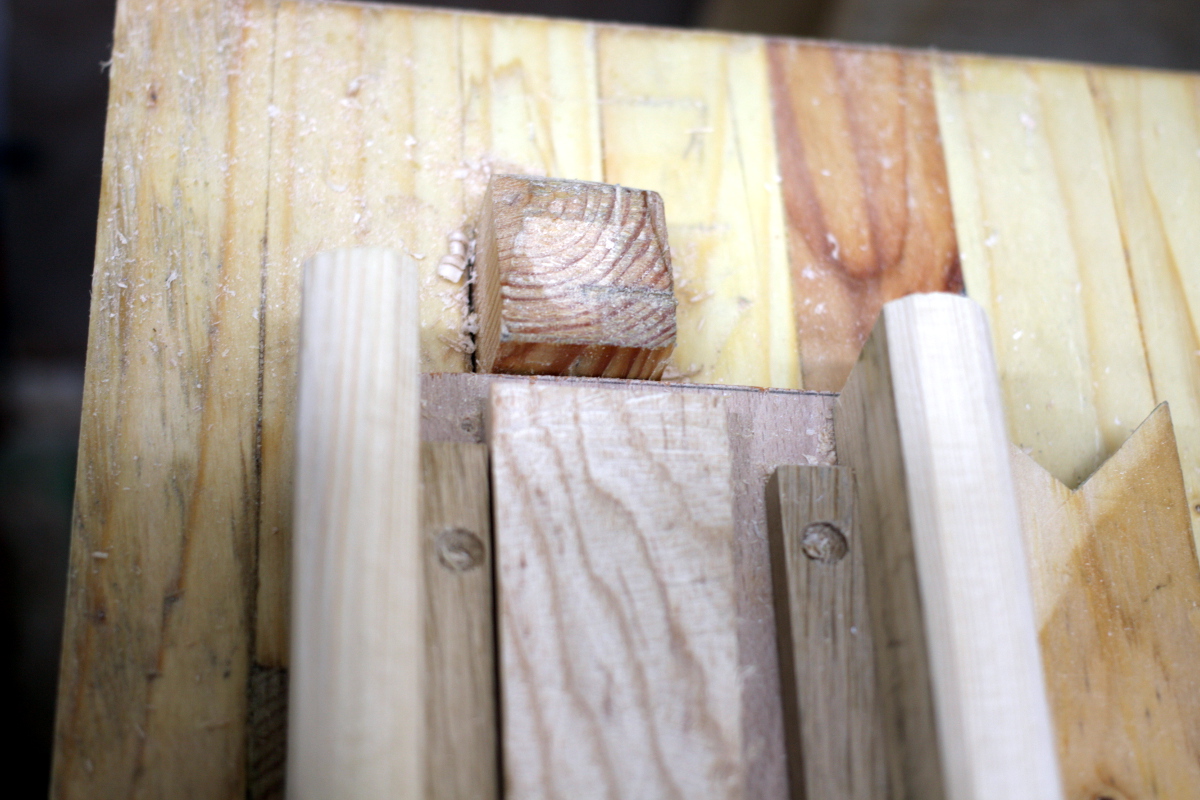 Still, it worked and let me get on with it. So now I have four slats planed to thickness and with squared edges (though there’s some slight bowing…) 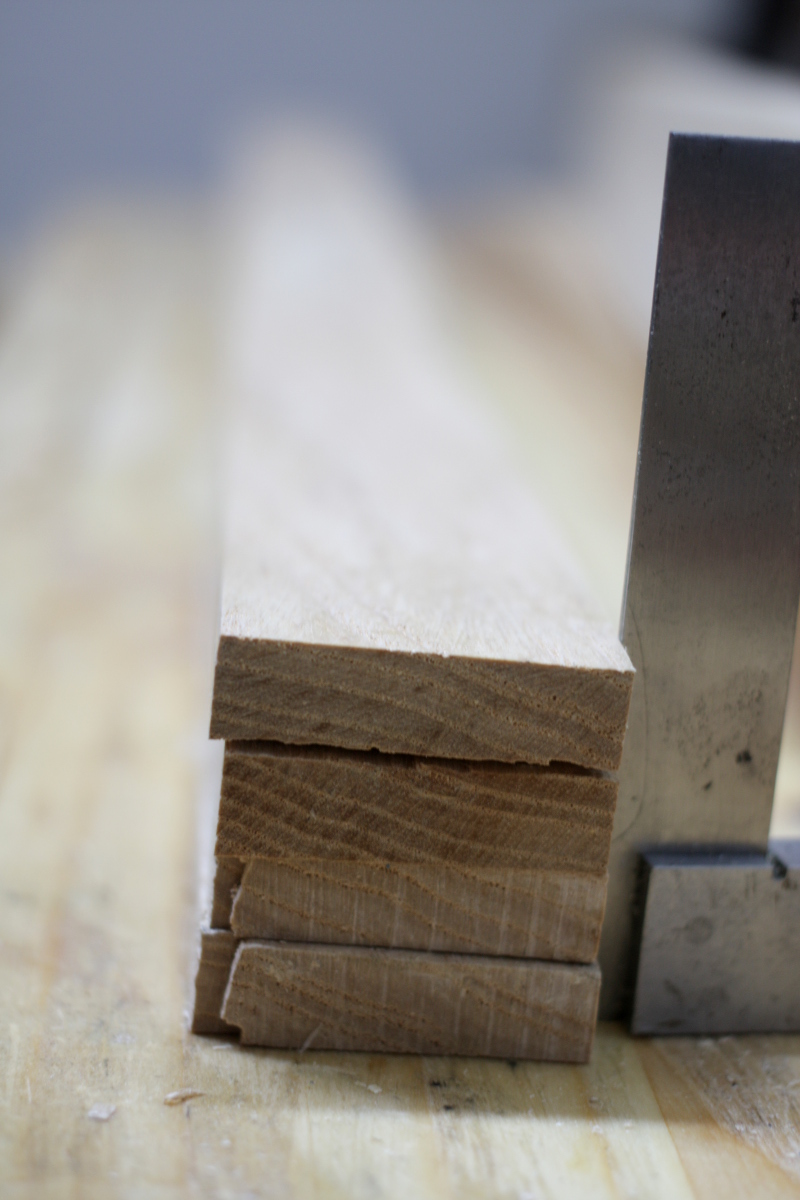 This entry was posted on Wednesday, October 12th, 2016 at 2153 and is filed under Cheese Press, Sidecar Cot, Woodworking. You can follow any comments to this entry through the RSS 2.0 feed. You can leave a comment, or trackback from your own site.