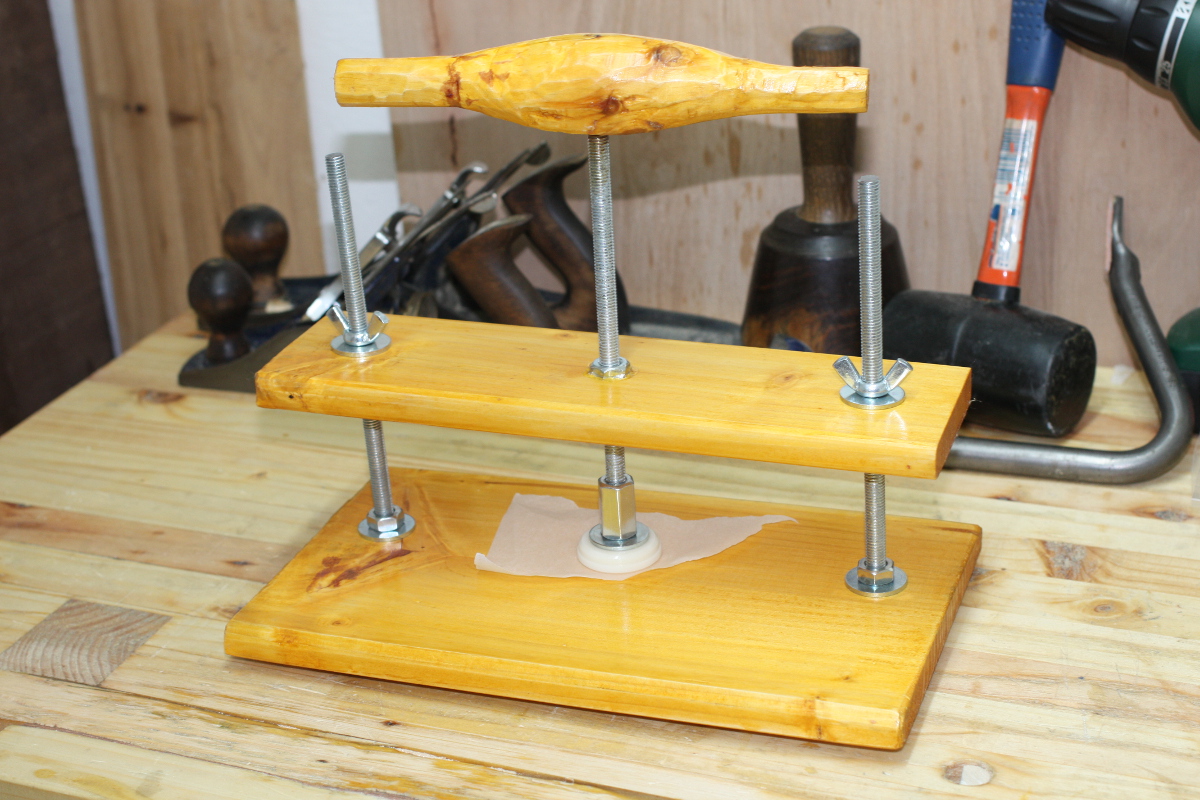 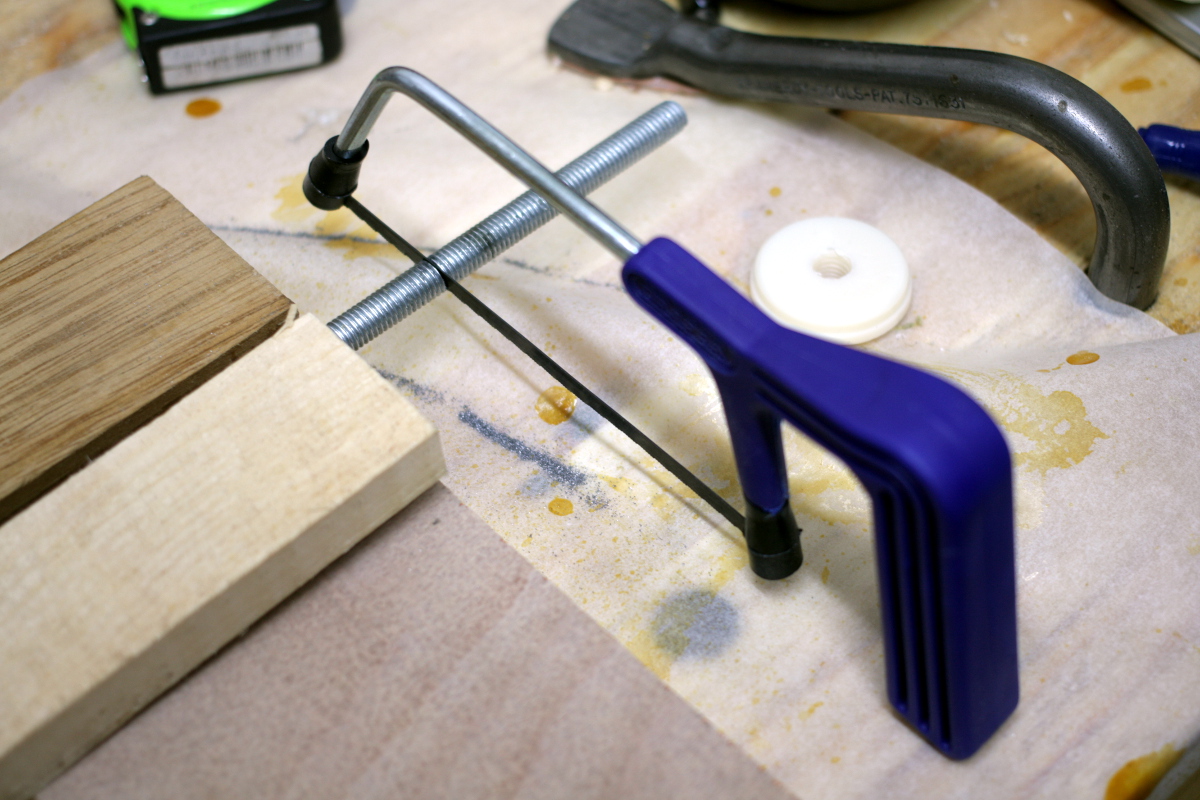 Anyway. That pain in the toolbox aside, the cheese press is now done. It came out too tall yesterday so I trimmed it down a bit last night and then did the finishing. Four coats of shellac, cured overnight and then some briwax and buffing the next day. Then I assembled everything, epoxied on the pusher plate on the main screw and added some feet to the base and that was that.

I’m not saying this is fine furniture, you understand – in fact, to manage expectations, this is what this started out like last thursday: 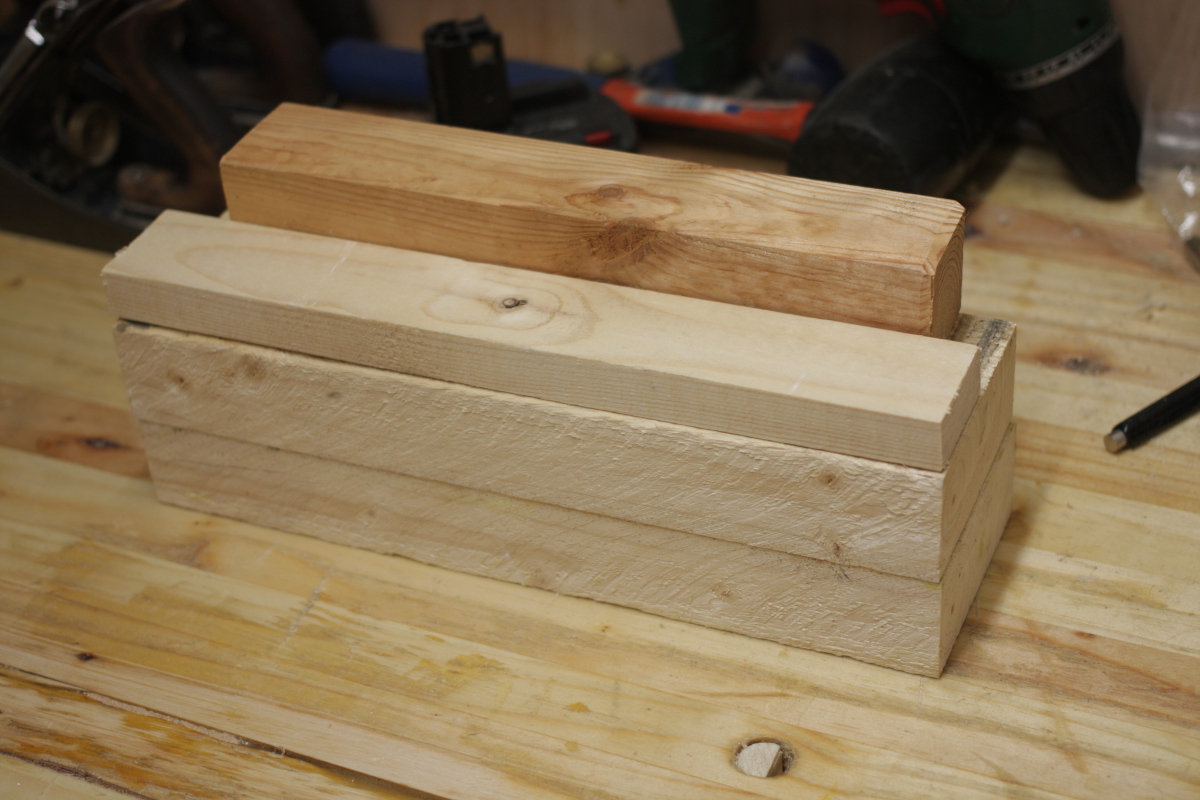 And in the meantime I’ve painted the shed (twice) and finished off the resawing of the slats for the cot. And today the cheese press looks like this: 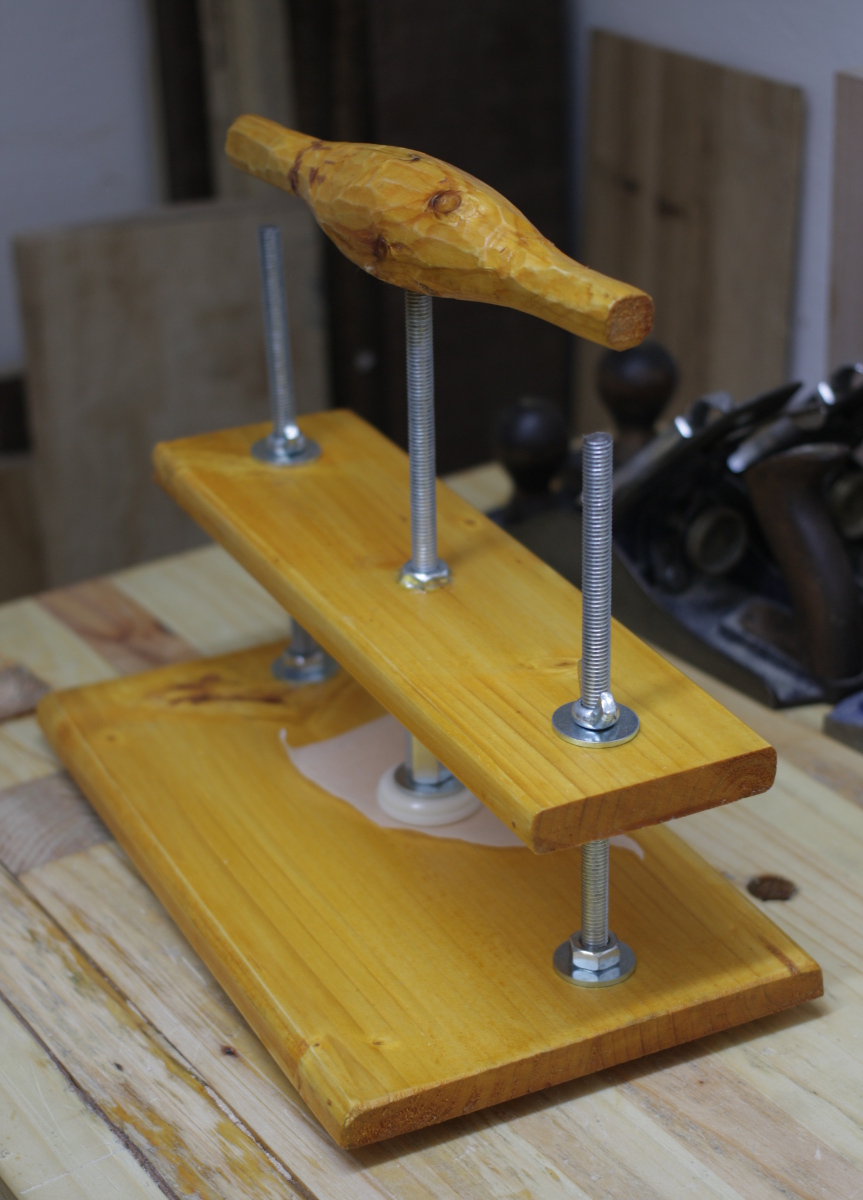 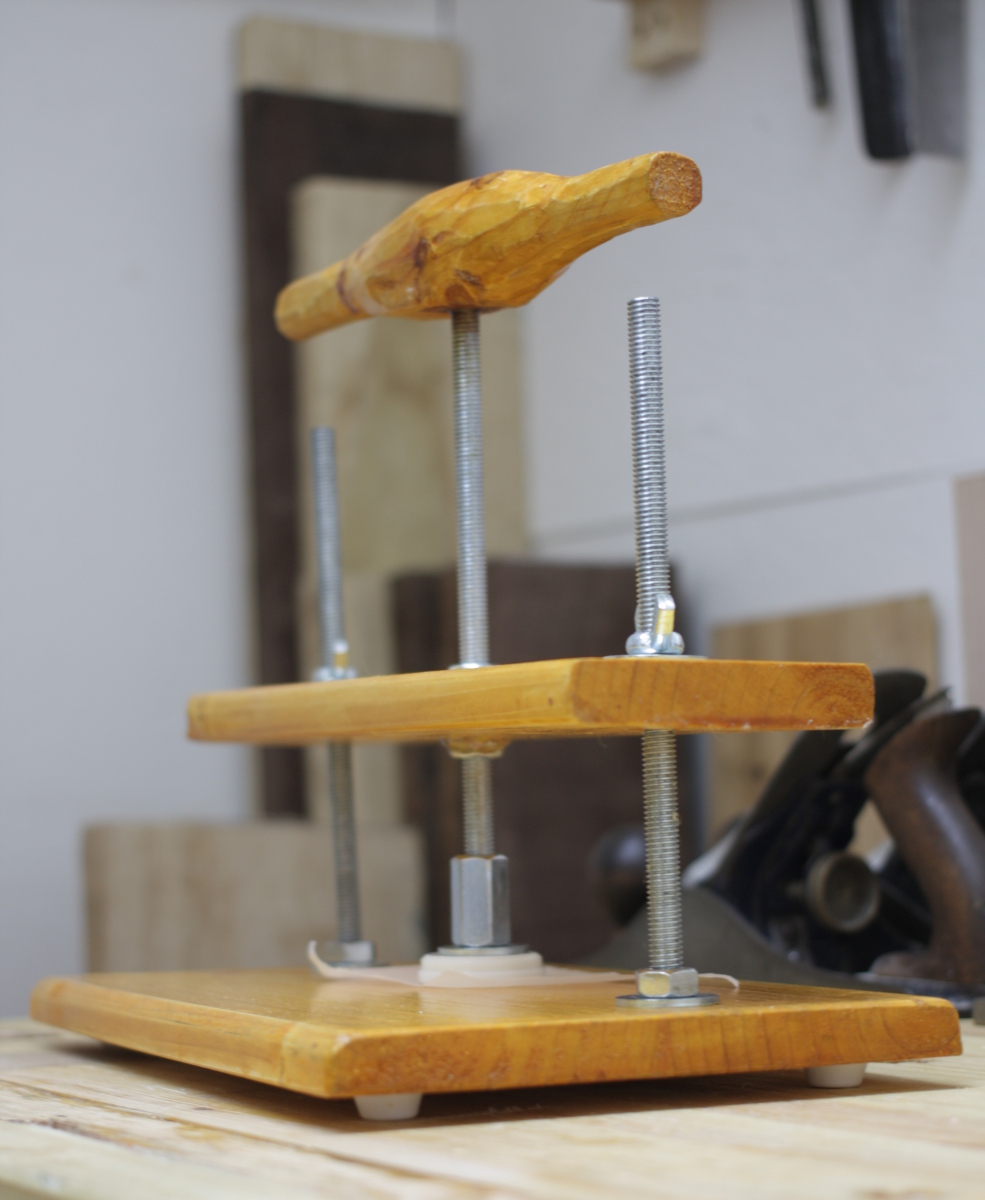 I mean, it’s not horrible for a pair of 2×4 offcuts and a short length of threaded rod.

Anyway, wee man was a bit ill today so no real shed time; I did get to go out for a half-hour or so, and clean up after the press and set up for planing the slats. 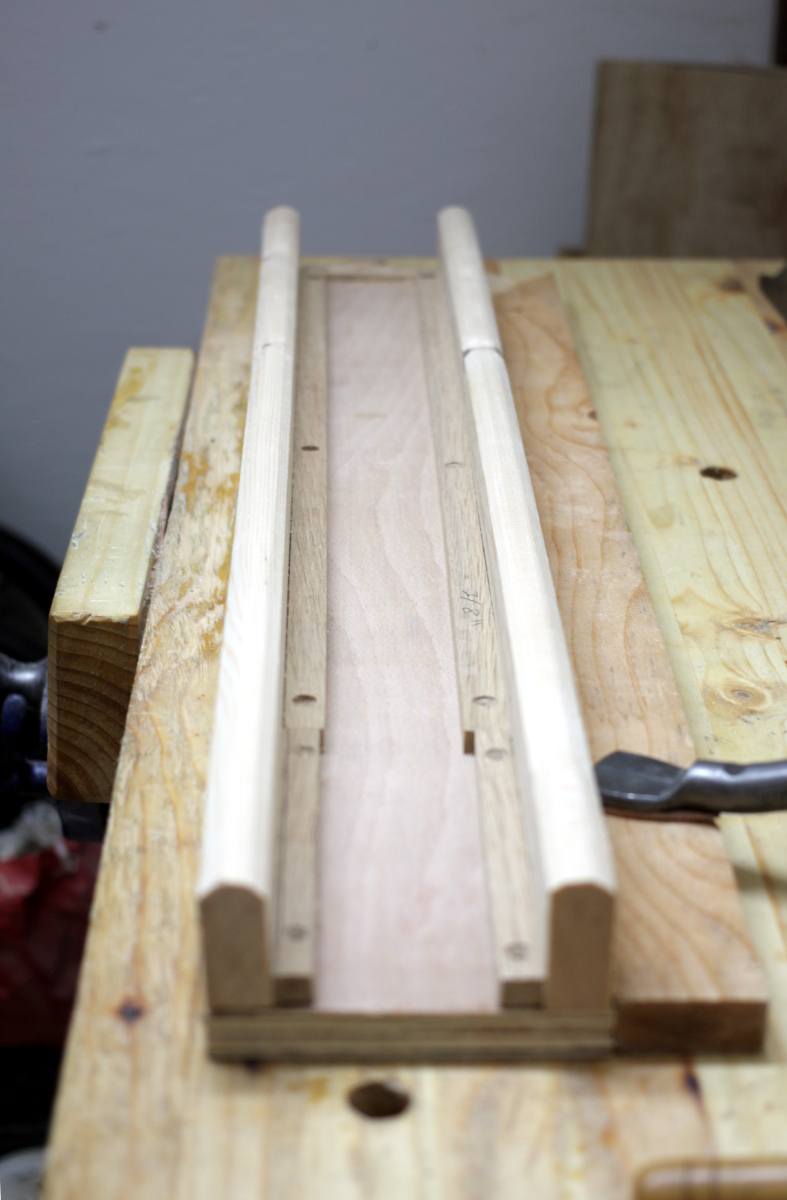 Someone asked – the thicknessing jig is the width of my #5½ plus a quarter-inch between the walls (and I really need to cut a 45° angle on the near walls to stop myself barking my knuckles on them) so it rides happily on the rails without being slewed. It’s butted up against the planing stop on one side and against a batten&holdfast at the back: 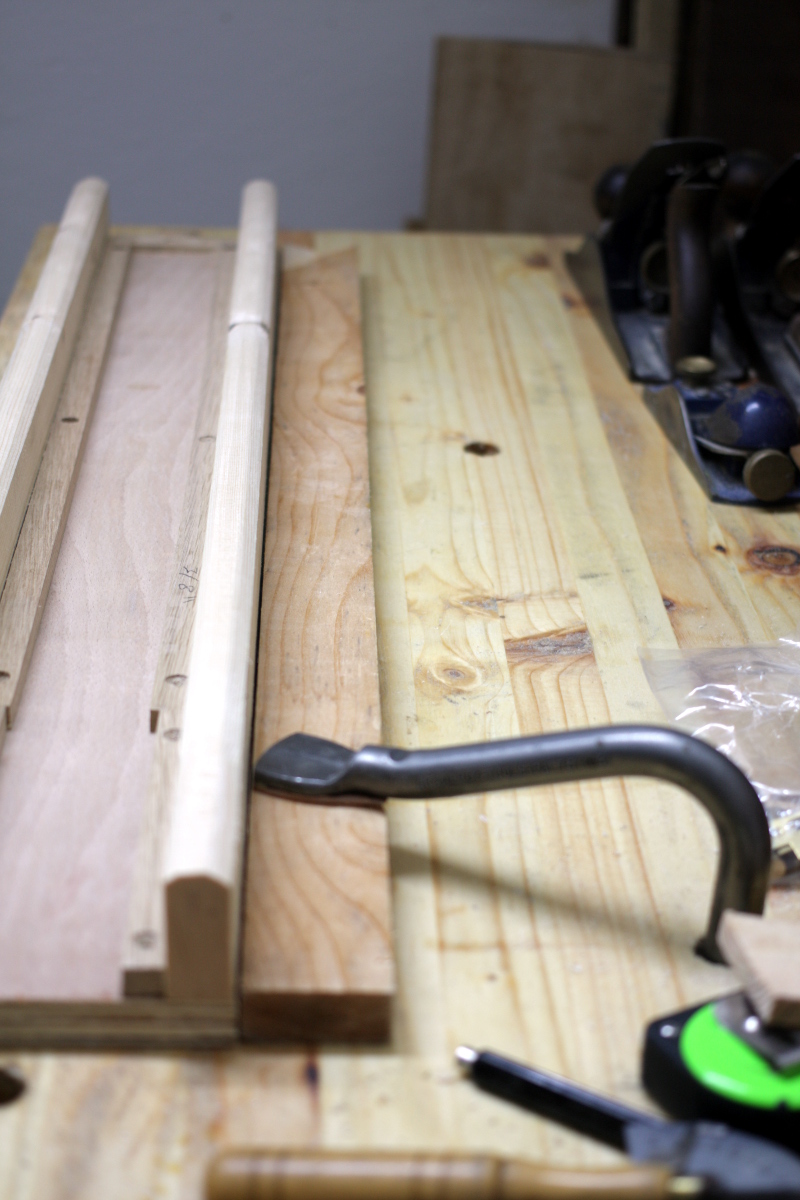 In operation it’s quite simple – put the slat blank into the center, put the jack plane on top of it, shove jack plane to the far end, repeat until the jack’s not cutting anymore (flip the board at some point to be sure you have two reasonably smooth sides). You can optionally hit it with the smoother towards the end if you want.

Twenty slats (well, nineteen since I did #1 already at the start) to thickness, and then plane to get their edges square. This is going to be my planes’ eye view for a while I think… 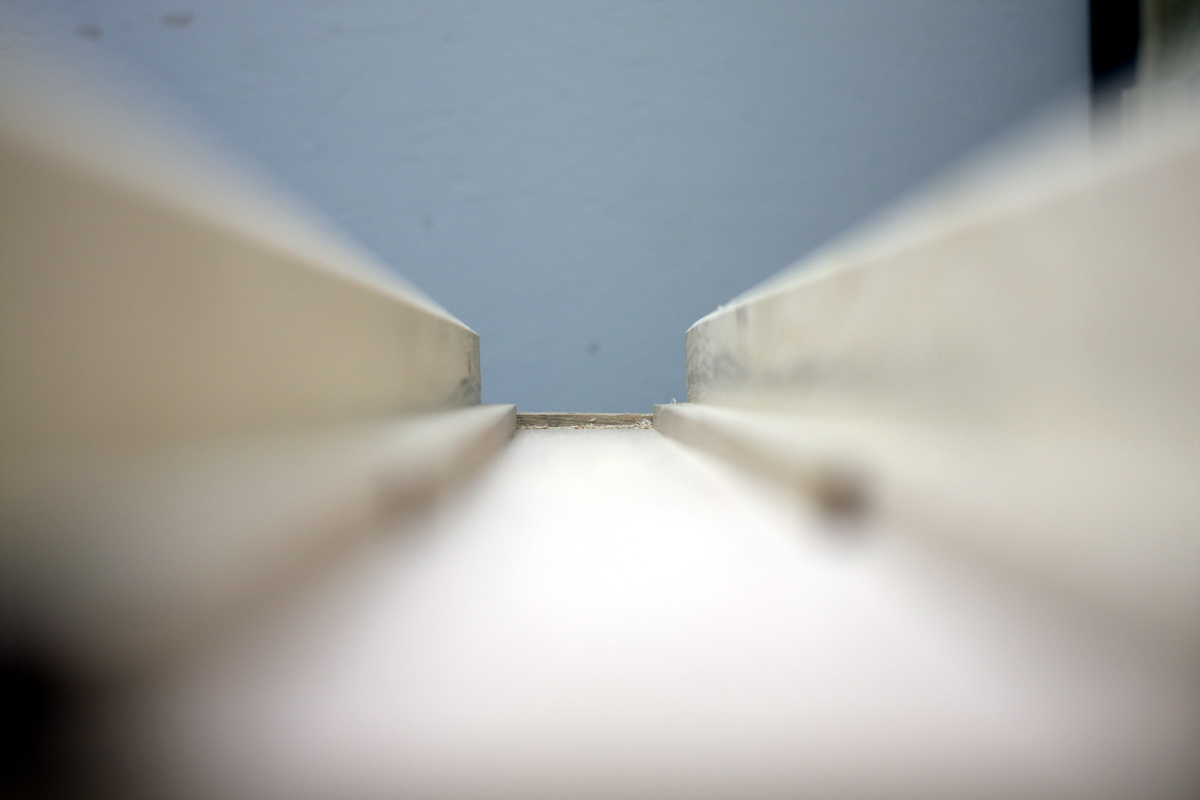