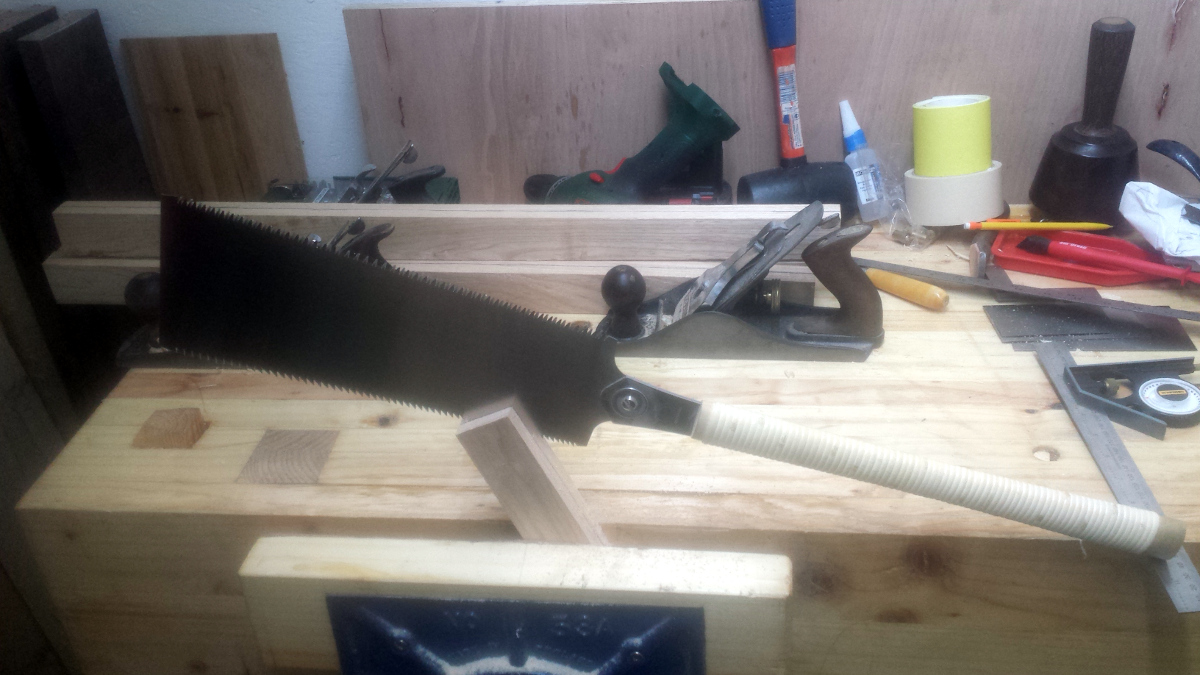 So, after taking the three new bevel-edged chisels and my new ⅜” mortice chisel (needed for the mortices for the slats’ tenons) to the 80-grit paper (I’ll do the stones and stropping tomorrow), it was on to taking the four ripped down 2x1x30″ ash boards and getting going on the resawing. I ran over each on four sides with the jack and the smoother to get a more square board, then gauged a midline down the edges of the board and penciled the gauge line for visibility, cut a starting notch with the chisel on the end grain and started in with the ryoba at a slow and steady pace. Leave dido singing away into one ear, and flip the board every other chorus line, and the saw just followed the line itself most of the time.

In fact the only times it drifted, the saw went from this nice sweet noise:

… to a horrid vibrating, shuddering noise and was a pain to hold onto. Which is a nice sort of warning mechanism I guess. Also, the shiny saw blade is damn useful – you can check the reflected edge in it, and so long as it looks like the edge behind it (as in, so long as the two edges seem parallel), you’re tracking fairly straight. 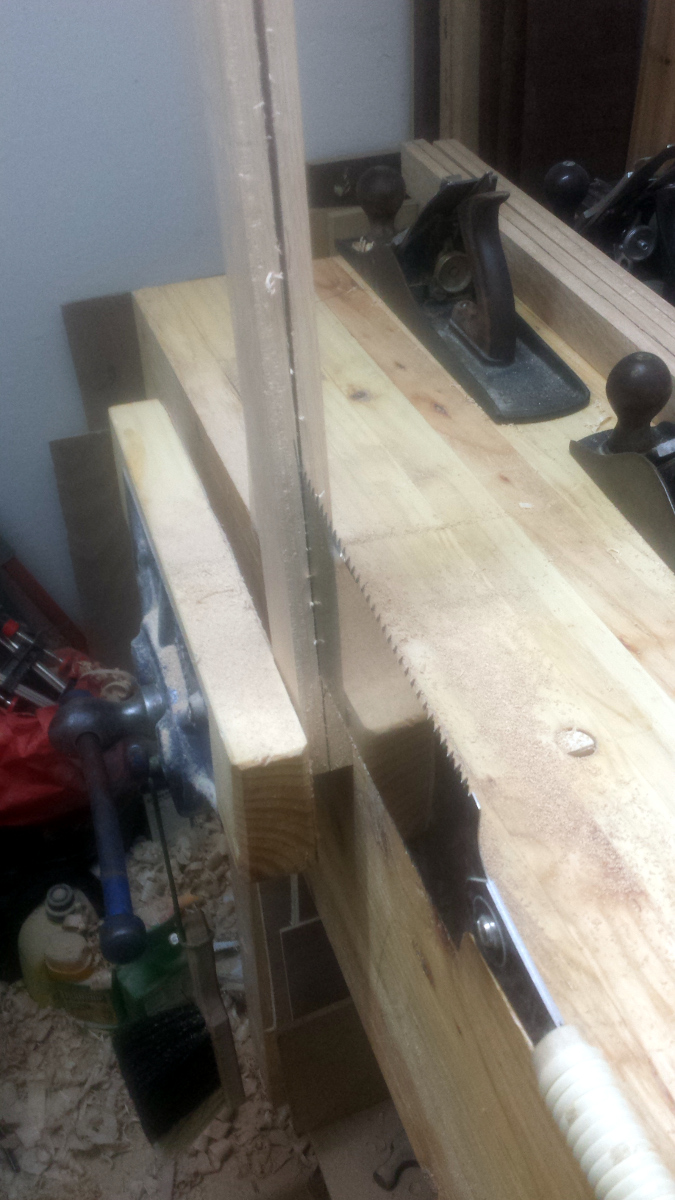 It’s an old trick, but it’s a useful one. The first of the four slats deviated by less than a millimetre at the worst point and the cut was nice and clean: 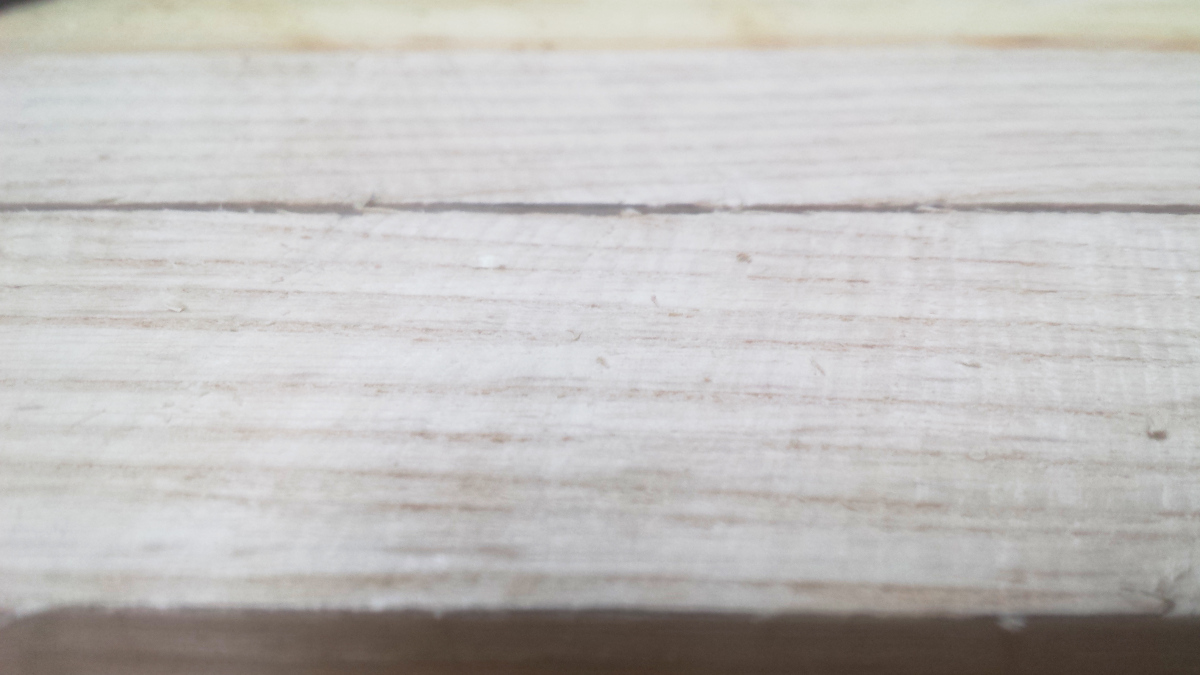 And the second cut did wander by nearly two millimeters at the worst point, but that’s still well within the tolerance for this job, so that’s four slats from two boards. 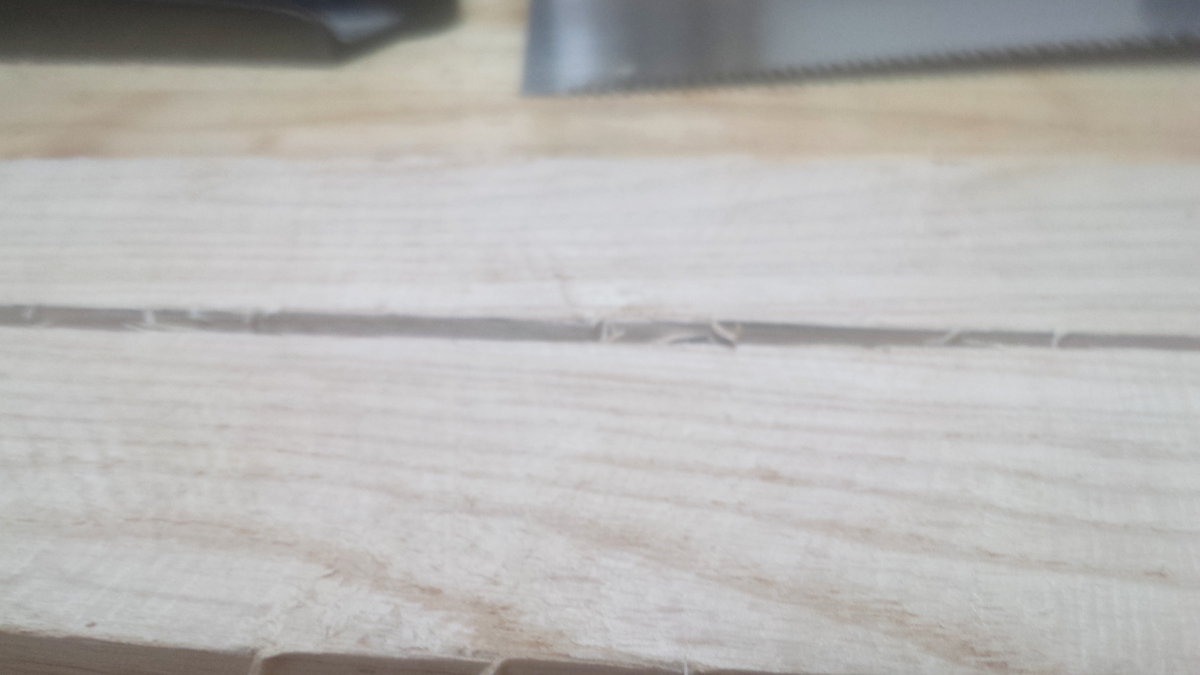 I did find it was really necessary to wedge the board as I resawed, to stop it clamping up on the blade – the moment it did that, the saw wanted to wander off and follow the grain line and not the gauge line. So I wound up using a long splinter of plywood from the floor, but in the opposite sense to how you’d normally wedge these things:

But it worked, it kept the saw moving freely and now I have four more slats done. Twelve more to go and I’ll get to the other two 2x1x30 blanks tomorrow. If all goes well, that’ll give me four more slats and I’ll just need eight more (but I’ll have two 8x1x30 boards out of the ash I have to give me those and with plenty spare as margin).

A bunch of bits for the shed arrived today as well, but I probably won’t get to add them in until the weekend (it’s the sockets and things to tidy up the electrics in there – it’s never going to run more than a few lights and a radio and an oil-filled radiator to keep the shed above freezing during the worst of winter, but I’d rather have actual sockets on the walls even if they’re only a fancy extension cord instead of an actual ring on the mains, just to keep it tidy and protect the wires in case I’m moving stuff in there and I wallop the wire with a board or something). 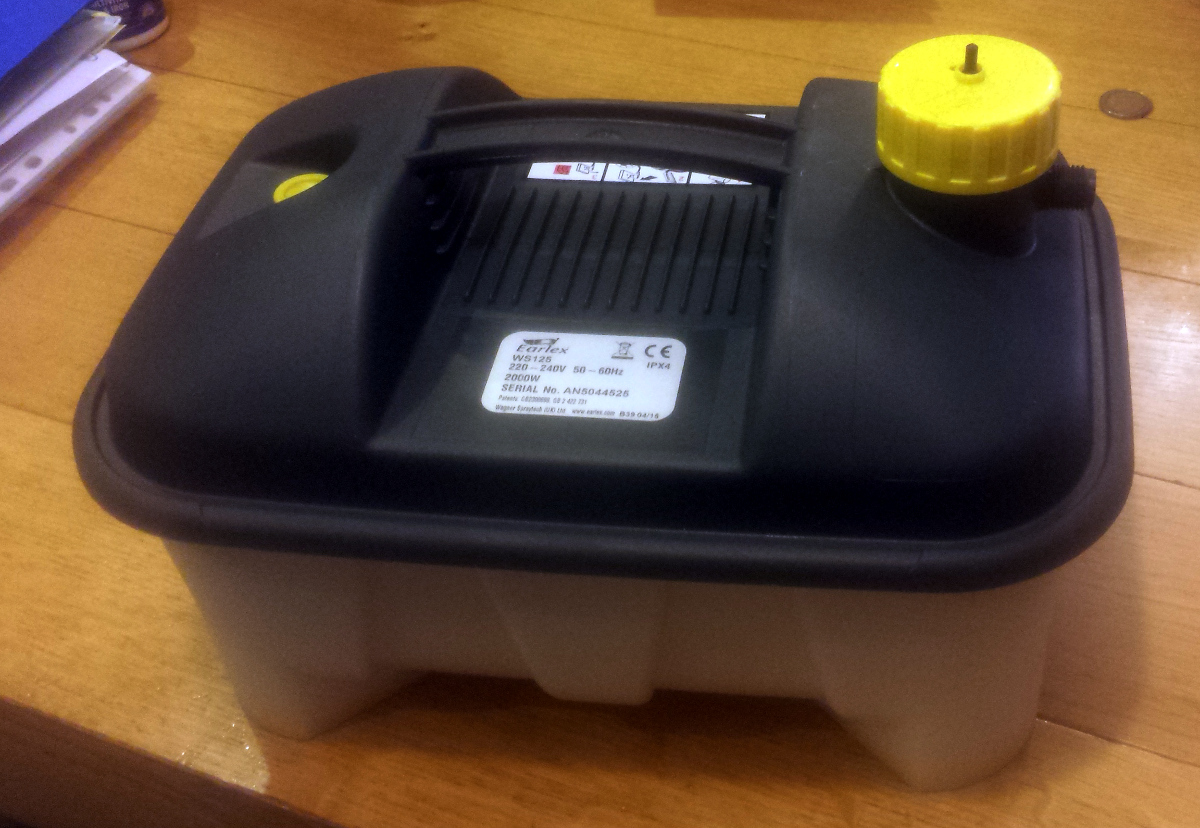 One wallpaper stripper, plus hose, plus a ten metre length of six-inch diameter thick polythene tube. Some of you have guessed what this is for already 🙂 The rest will have to wait – I have a fair bit of work to do with forms and prep before I can play with this…