“who cares, it’s just a workbench”

Nice dry day this morning, so back to the bench I go. I managed to cut one mortice an evening during the week in the back leg, so this morning I started by cutting the matching tenons on the stretchers and then cutting the mortice in the benchtop for the leg tenon. A bit of fettling and everything was looking acceptable… 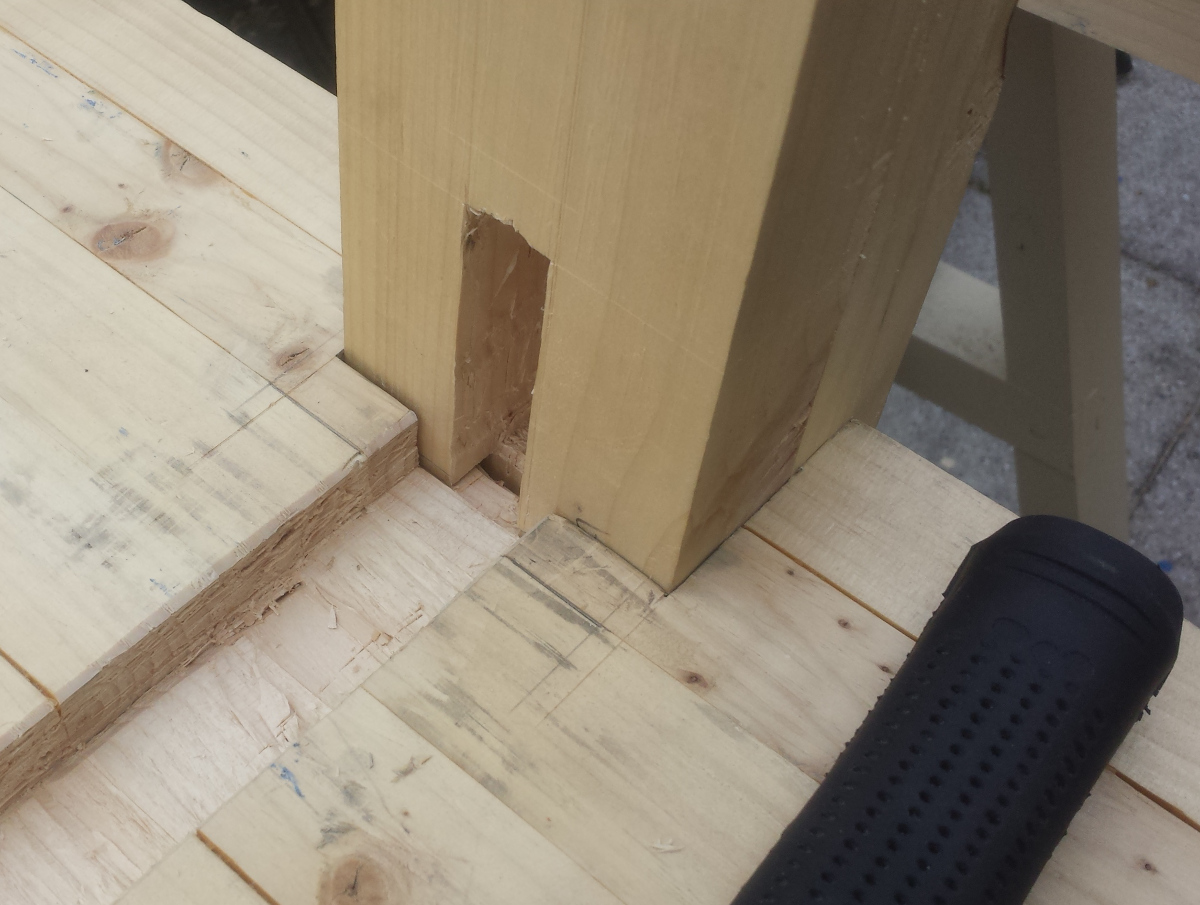 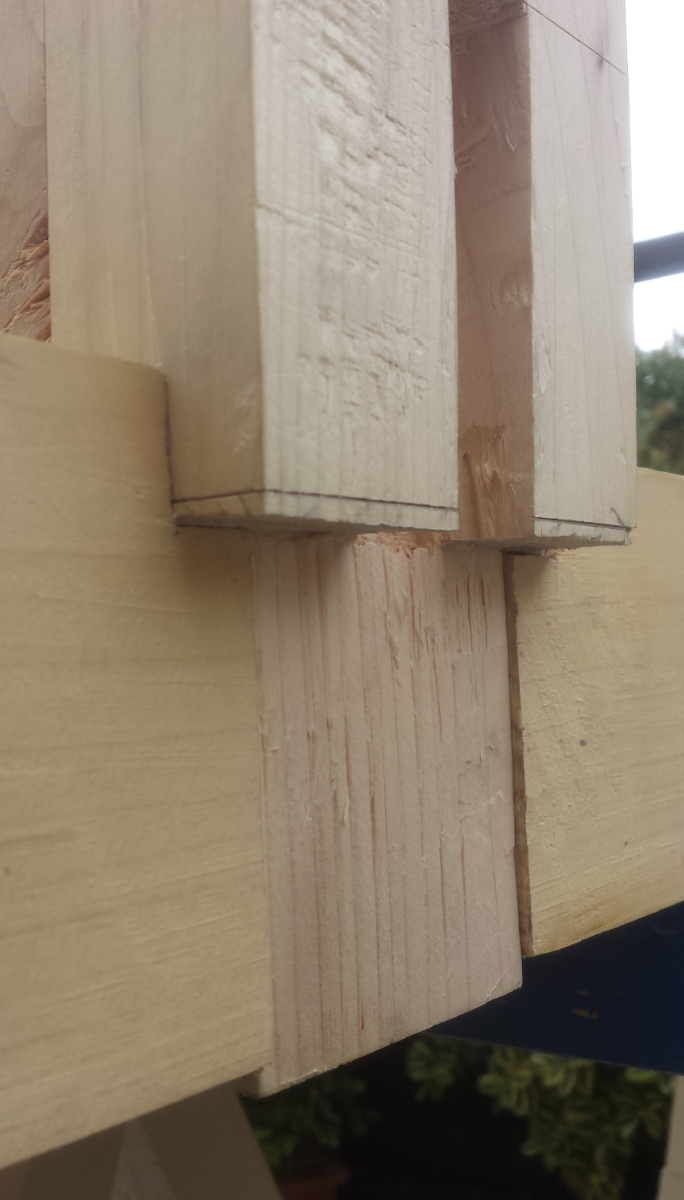 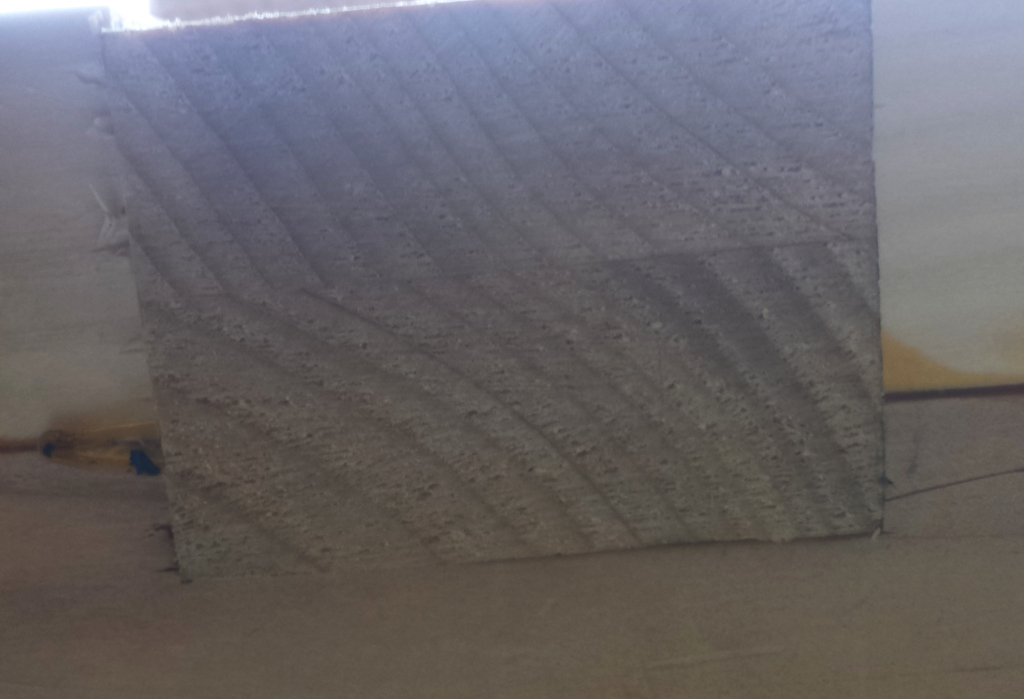 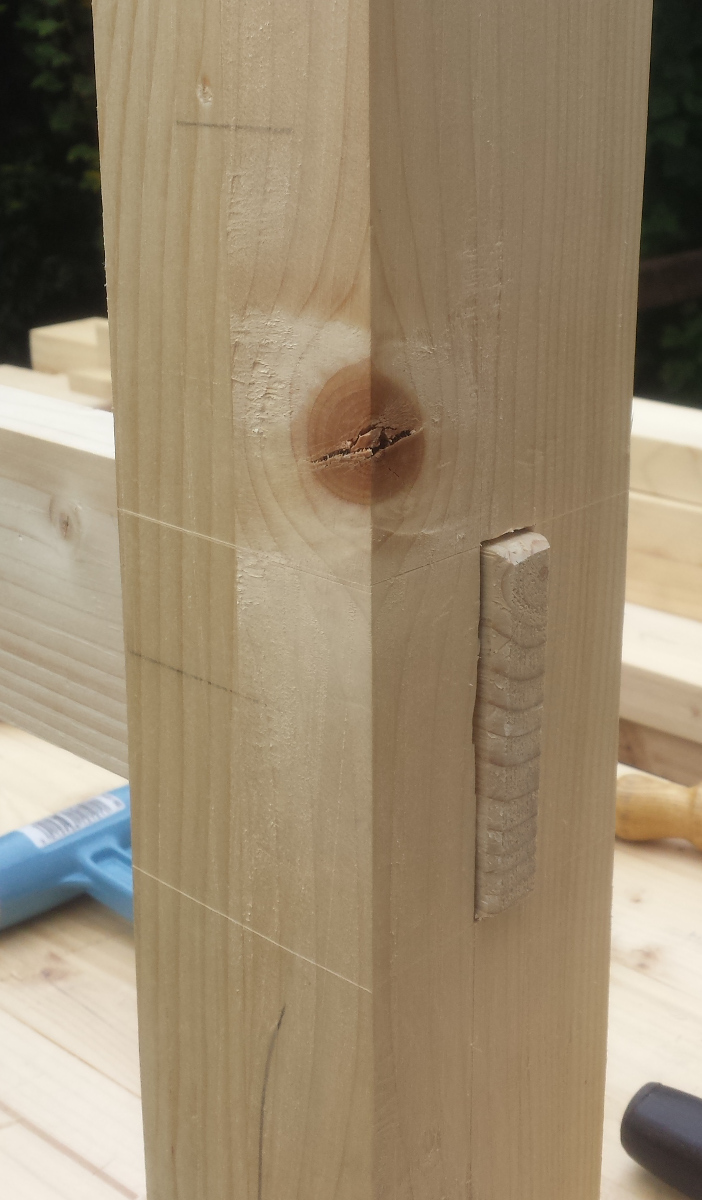 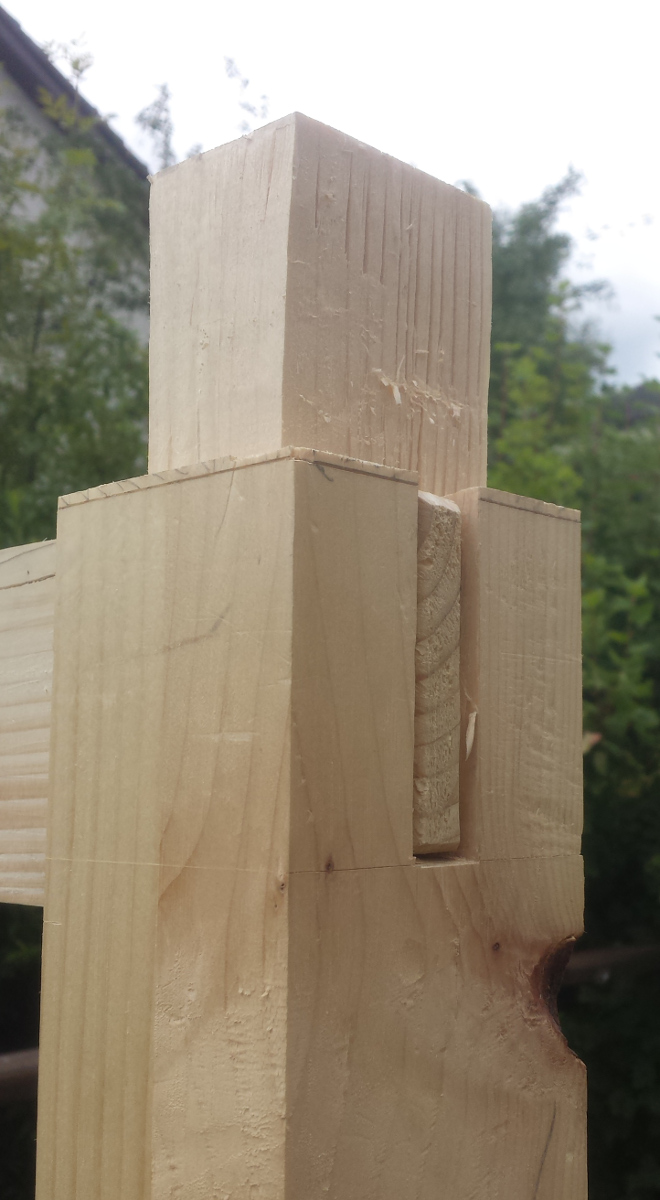 I then assembled the leg frame, which came together well enough to tell me that the front leg and the back leg centerlines aren’t even in the same ballpark, but it’s stable enough to stand on its own and it fits the table… 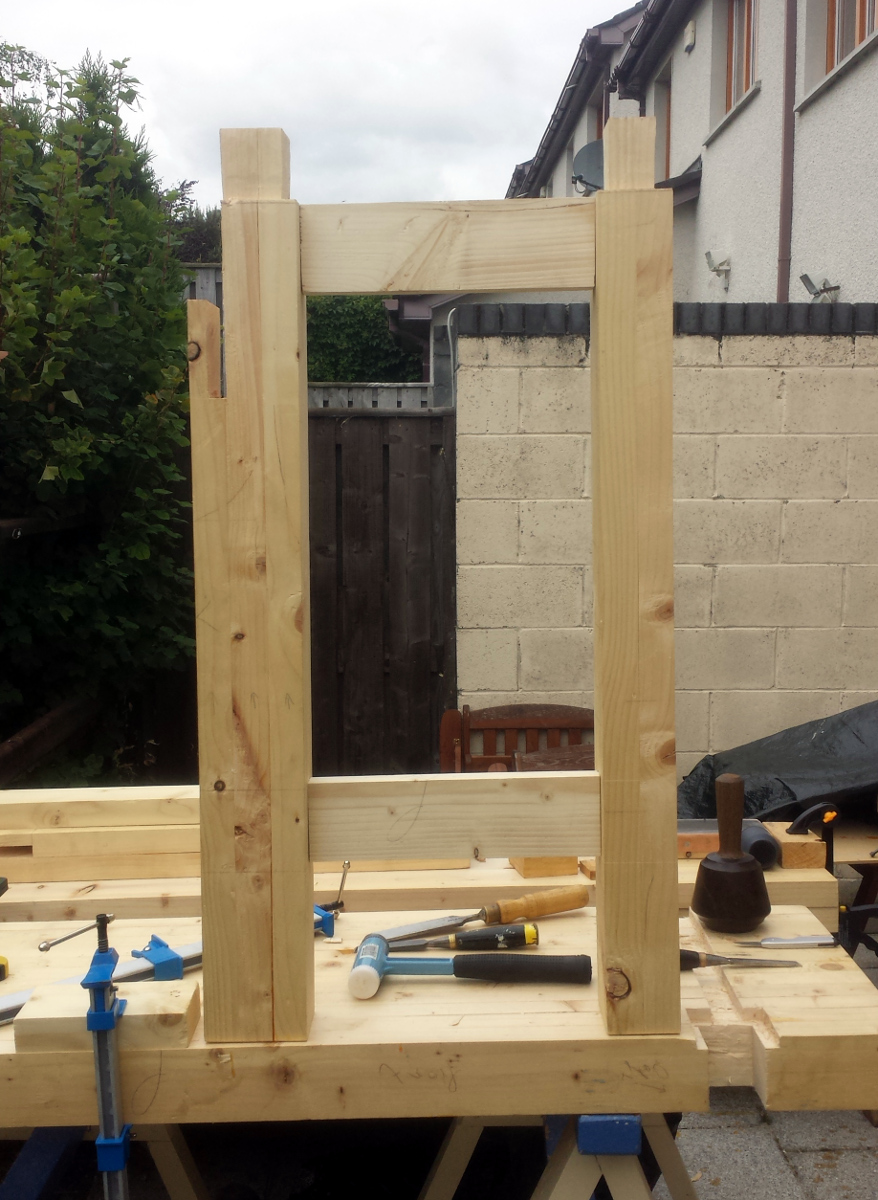 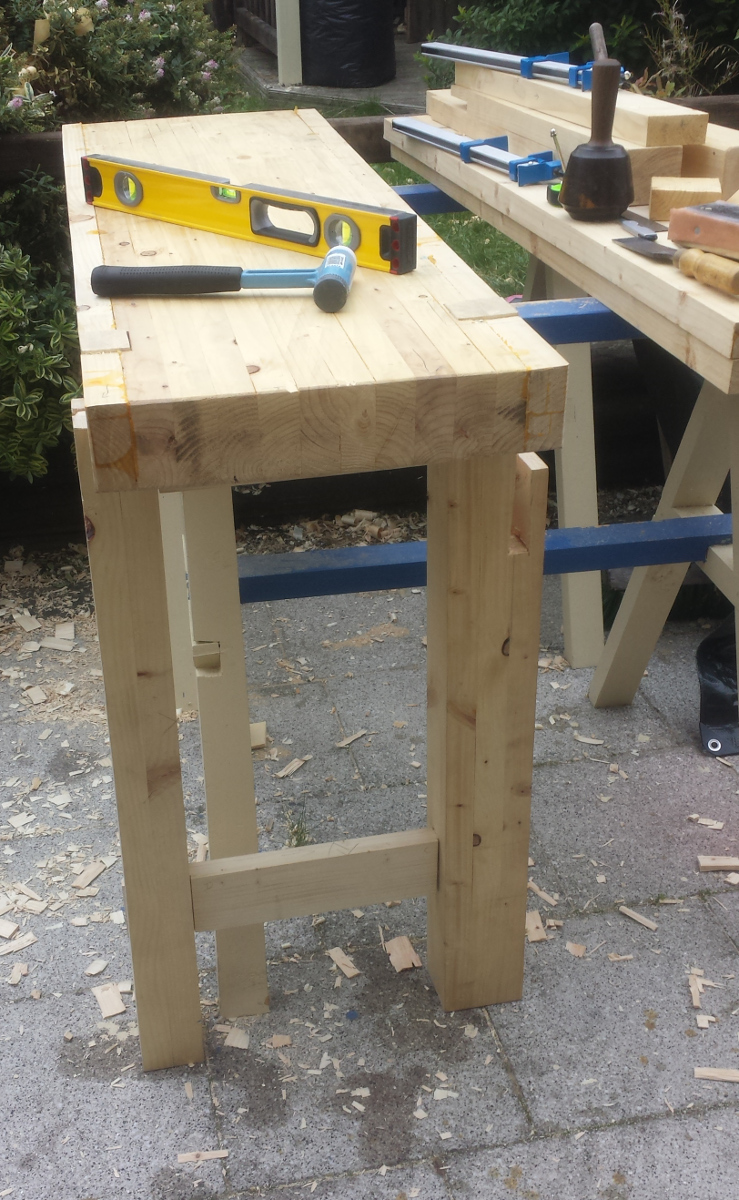 And it looked grand! Until I realised there were gaps everywhere, so there followed an hour of disassembling the whole thing, finding the one pair of surfaces that weren’t mating right, planing the wrong one, reassembling everything and seeing one gap close and two open up, swearing and repeating the cycle until everything at least looked consistently loose, and then I slapped a clamp on the legs just under the table and as if by magic (but really by clamping pressure) all the gaps closed up at once and the whole thing fitted and stood stable and level.

I damn near pineapple’d myself at the sight of it. Then I had a little strut about the place (Look at me world, I have taken one of your trees, killed it and carved it into something that… well, kinda works! Take that universe!).

Then I remembered I had to do another leg frame and more stretchers and the aprons and fit the vices and the planing stop and the bench dog holes, and at that point I opted to take a small break for a cup of tea and a little cry.

Then back to action, and I started cutting the second bottom short stretcher to length, marked out the tenons but didn’t saw them out, and marked up the mortices in the legs as well, got out the brace and drilled out the mortices on the front leg. 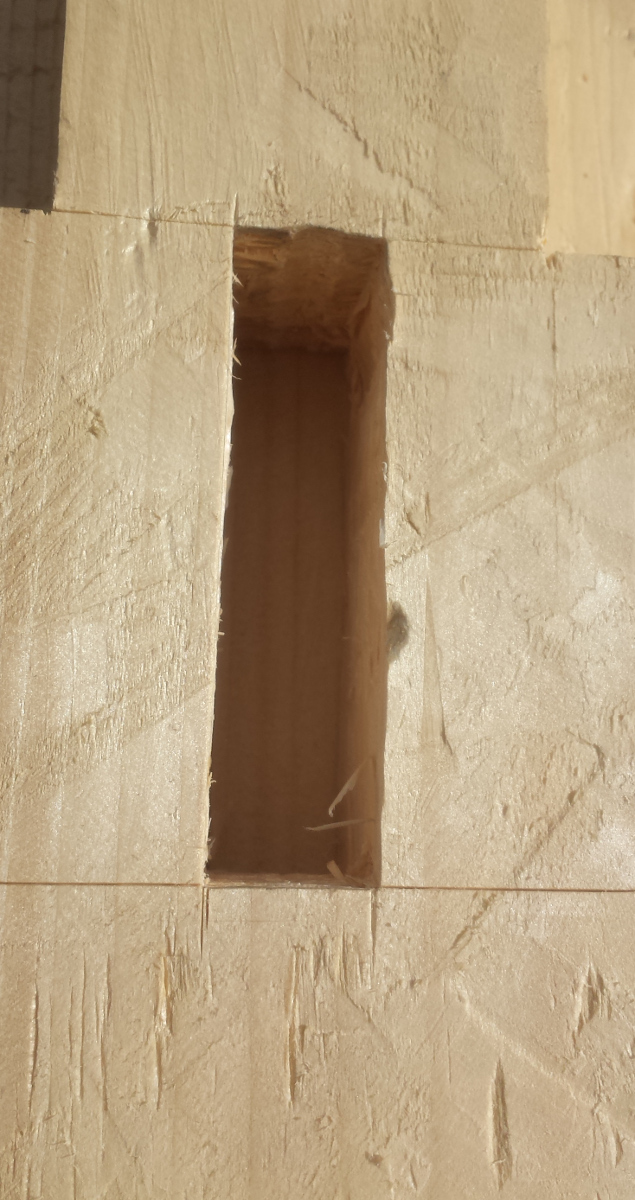 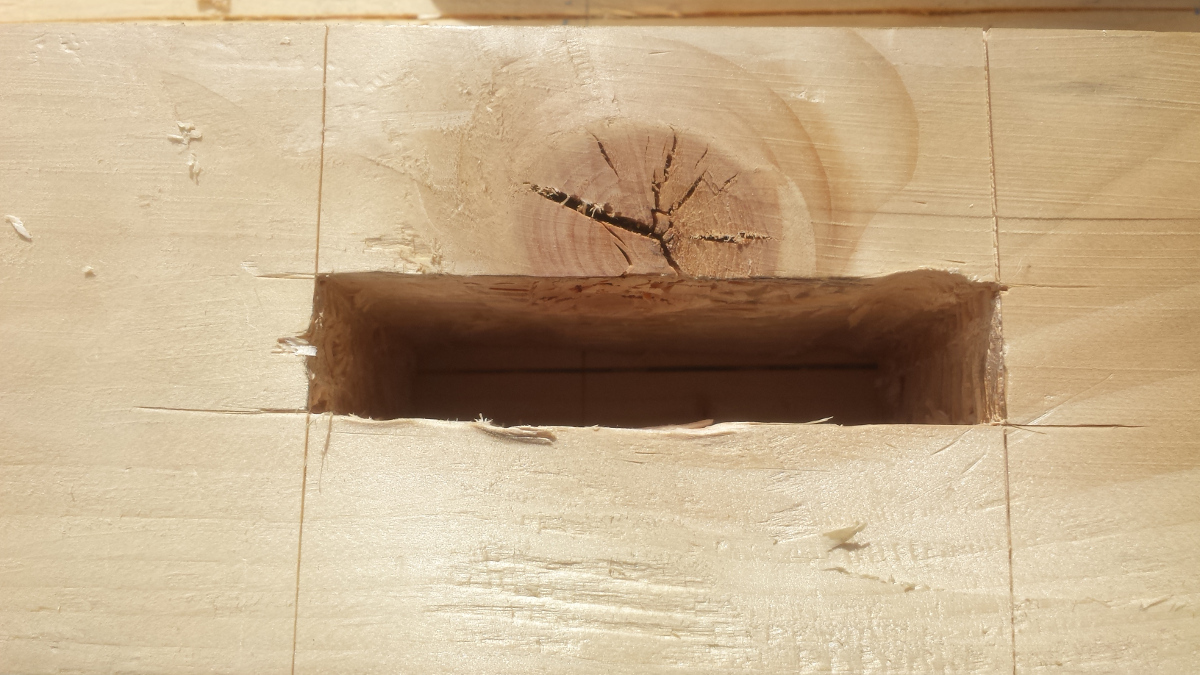 Knots are right pineapples. That mortice sucked to cut.

I’d say I was getting better at morticing, but…

If I manage that, I might tackle the vice mounting and the planing stop on monday; a family holiday is coming up and I can’t take the bench with me so I’d like to get it to a decent state before the hiatus.