Staring at the void

So anyone looking at the Irish weather forecast knows by now that the dead have risen and dogs are lying down with cats and everyone is complaining about being a little bit melty. Still though, it wasn’t so bad after sevenish, so last night I took the benchtop out of the clamps to check the glue-up.

Soooo many clamps, and still this happens: 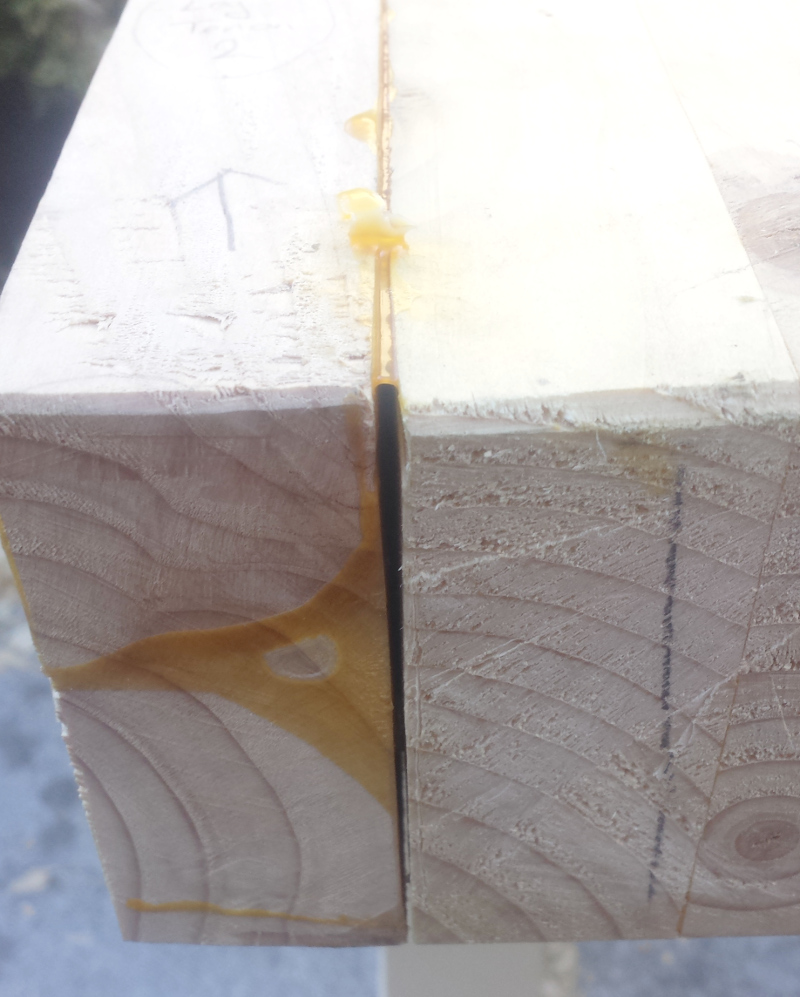 And this, but at least I could fix this with a mallet (and remembering the greaseproof paper trick for next time): 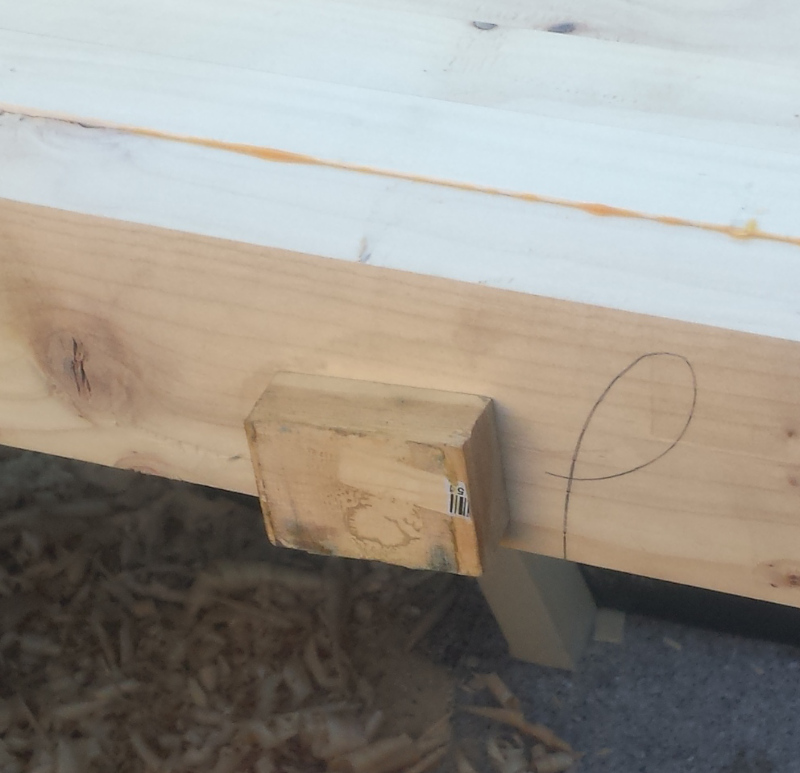 That void aside (and thankfully it’s on the extreme far back right of the bench, so like the BNP, you can mostly ignore it, I hope), the overall glue-up wasn’t too terrible. The difference in heights was expected because of the different board sizes: 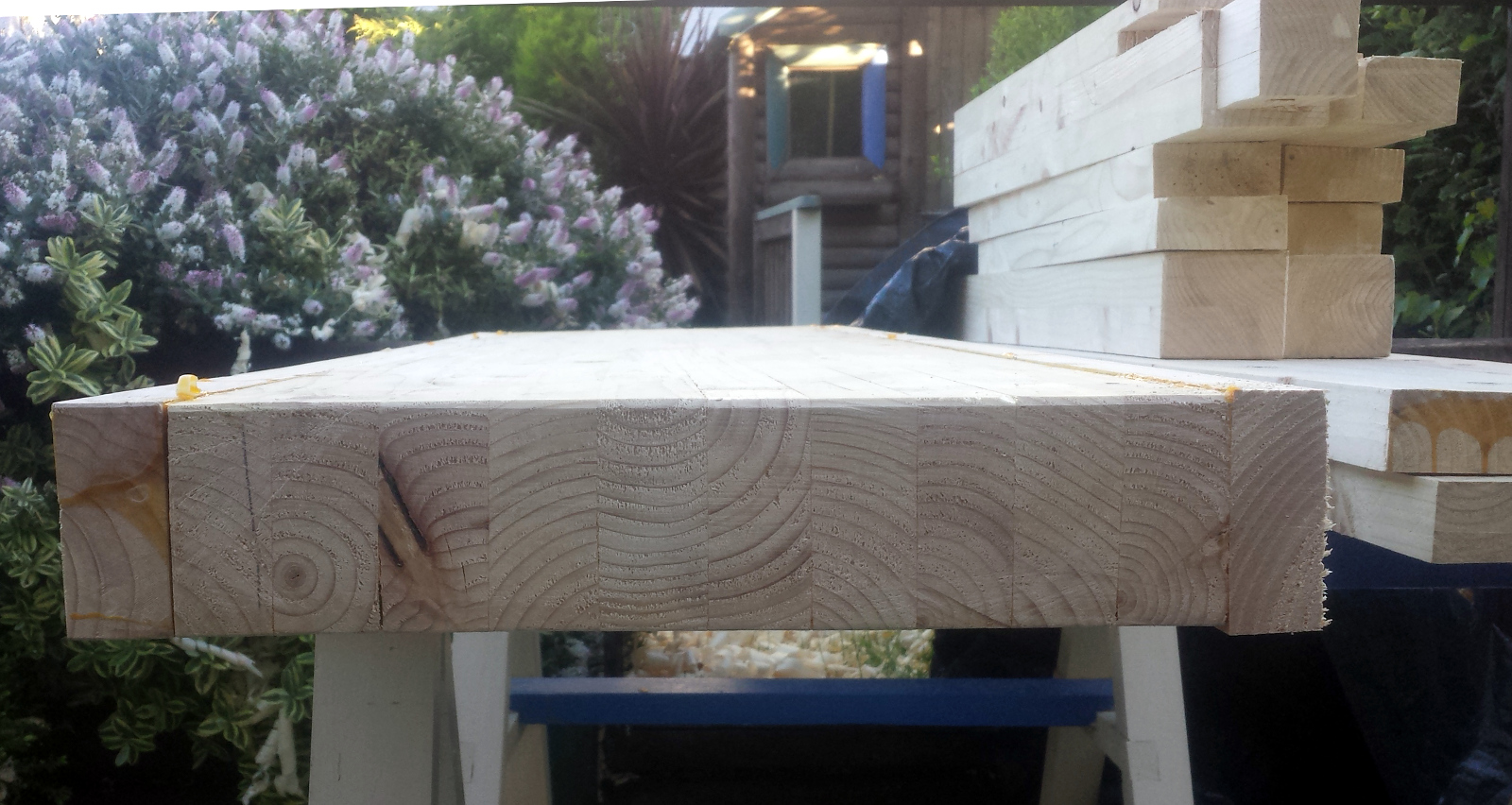 And the other glue face was fine: 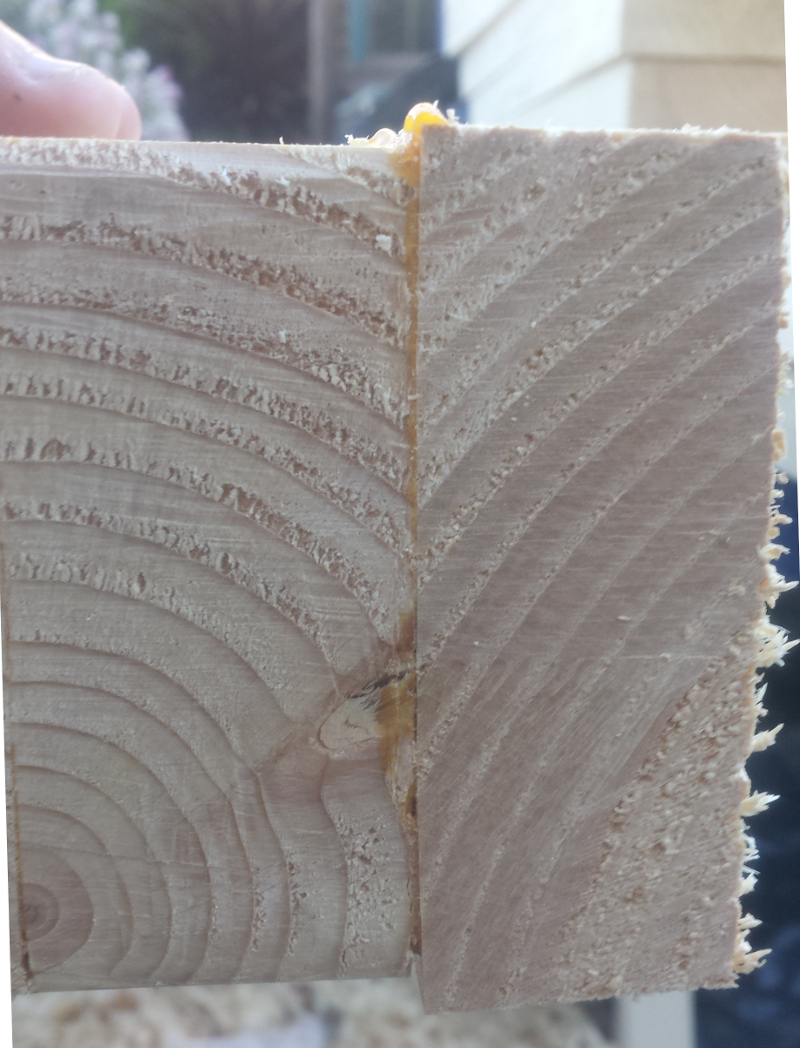 So I got out the #5½ and planed the edge boards down to the bench surface on the underside. The top will need proper flattening later, but I was overheating after only two boards so I stopped there because melting would have ruined the finish on the wood. Instead I got out my widest chisel and some shoulder planes and started tidying up the leg tenons a bit more, I wasn’t happy with them still.

Also, these arrived ahead of the inset tail vice — there’s no room for a repurposed face vice and a wagon tail vice seemed a bit complicated to start with, whereas with the veritas one, you just cut a hole and drop it into it. So I had fun playing captain hook and terrifying the four-year-old. 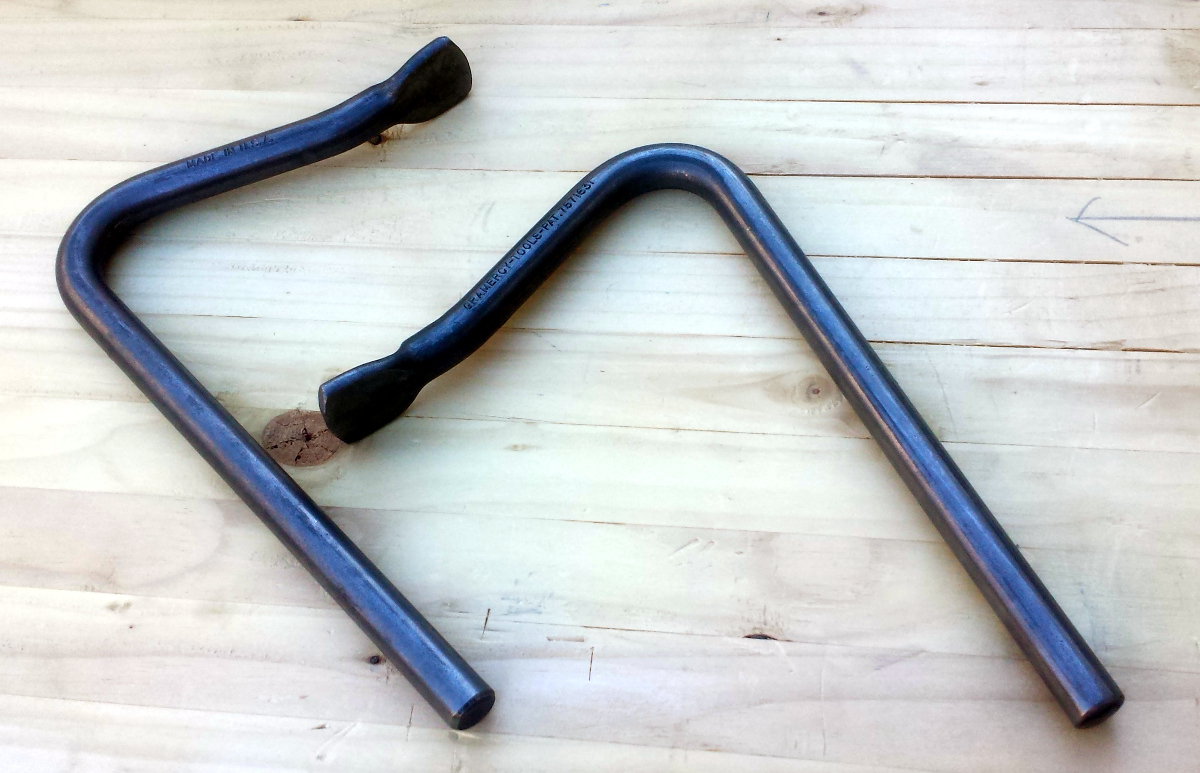 I must drill a test hole in the bench for these at some point; someone suggested that it might be too thick for them, so I’ll need to check that. I’ll do it when I start drilling all the dog holes and the like rather than drilling a hole now before the benchtop’s even close to being done.