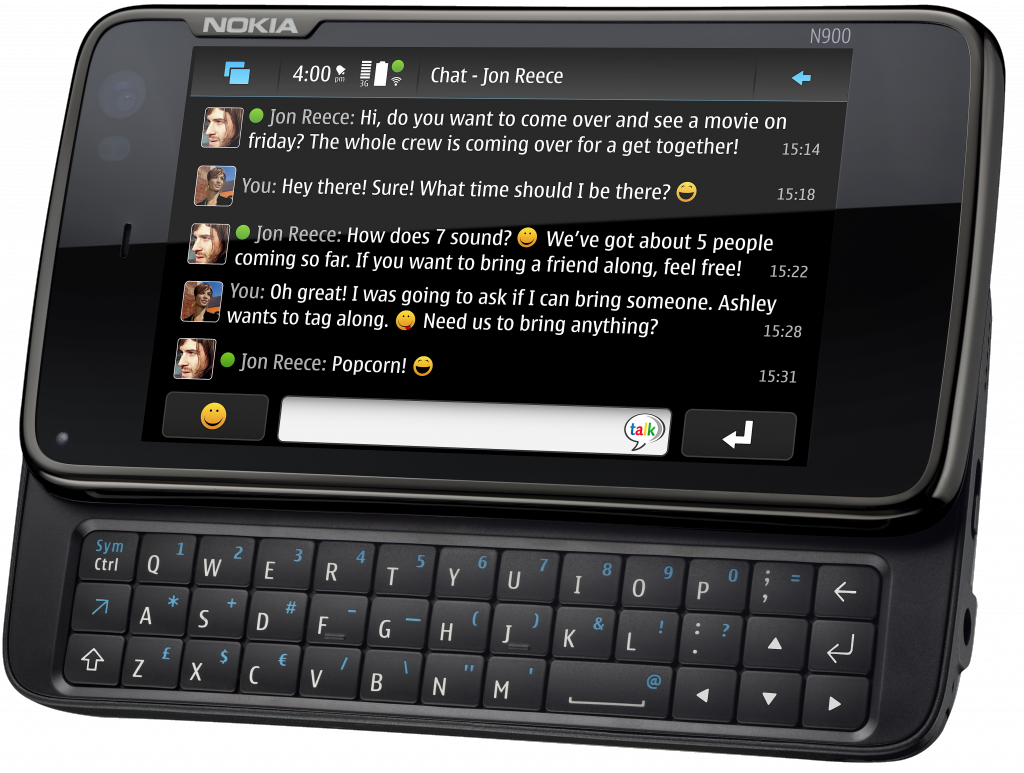 About a week ago, I was on the luas on the way into the lab and saw someone using a Nokia N900. I’ve been humming and hawing about getting one for a while now (and I recently tried to buy one from eBay only to have the deal fall through) and so I mentioned it (ironically using my e71) on twitter:

Just saw the n900 in the wild. So want one. Lovely looking thing.
Got into a brief twitter chat with @abetson about it, and thought that was the end of it. But later that day, I got a facebook message from Paul at WOM World Nokia:

I noticed your tweet this morning and to put it simply would love to offer you a two week trial of the N900. Reading through your blog it seems you are the perfect man to put this device through it’s paces. It’d be great for us to share your honest feedback (good and bad) and experiences with our network via WOMWorld Nokia.

If you’re interested you can email me back at <snip!> so I can answer any questions you have and give you more details.

(for the record we pay all postage costs)

Looking forward to hearing from you

My first thought was it had to be a scam, but it turned out to be on the level, and we talked about what was expected, which turns out to be very little, they really do seem to be doing this right. You agree to trial the phone, and hand it back in a fortnight, they pay all the shipping costs, and they basicly just hope you write about the phone. There’s no contractual obligations (bar taking reasonable care of the phone and handing it back at the end of the trial). You’re not censored, there’s no requirement even to mention you’re doing it (though they hope you will). They even have a google maps mashup showing who’s done trials with the phone in your area: 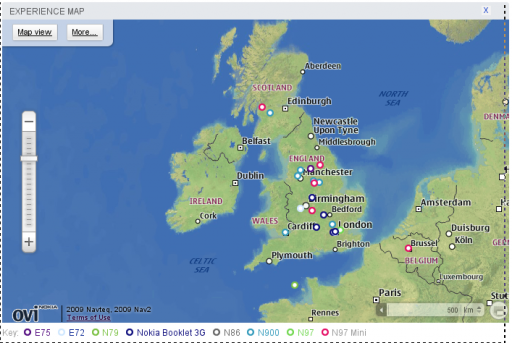 And hey, noone’s done this in Ireland yet and who can refuse to be the first? 🙂 So I agreed to do the trial, Paul dropped the phone in the post the next morning and DHL took it from there. So get ready for a few posts on the new N900 over the next few days, starting with the traditional unboxing post. 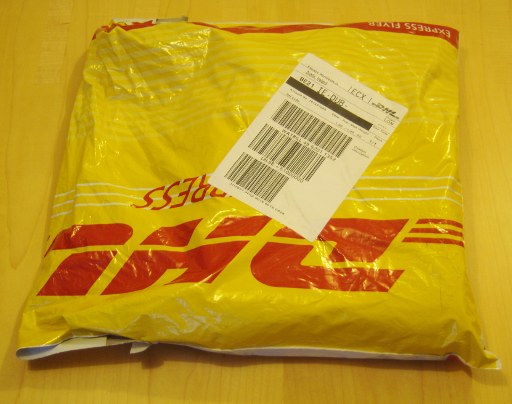 This entry was posted on Wednesday, April 21st, 2010 at 1119 and is filed under General, Linux, Mobile, n900, New Toys!. You can follow any comments to this entry through the RSS 2.0 feed. You can leave a comment, or trackback from your own site.