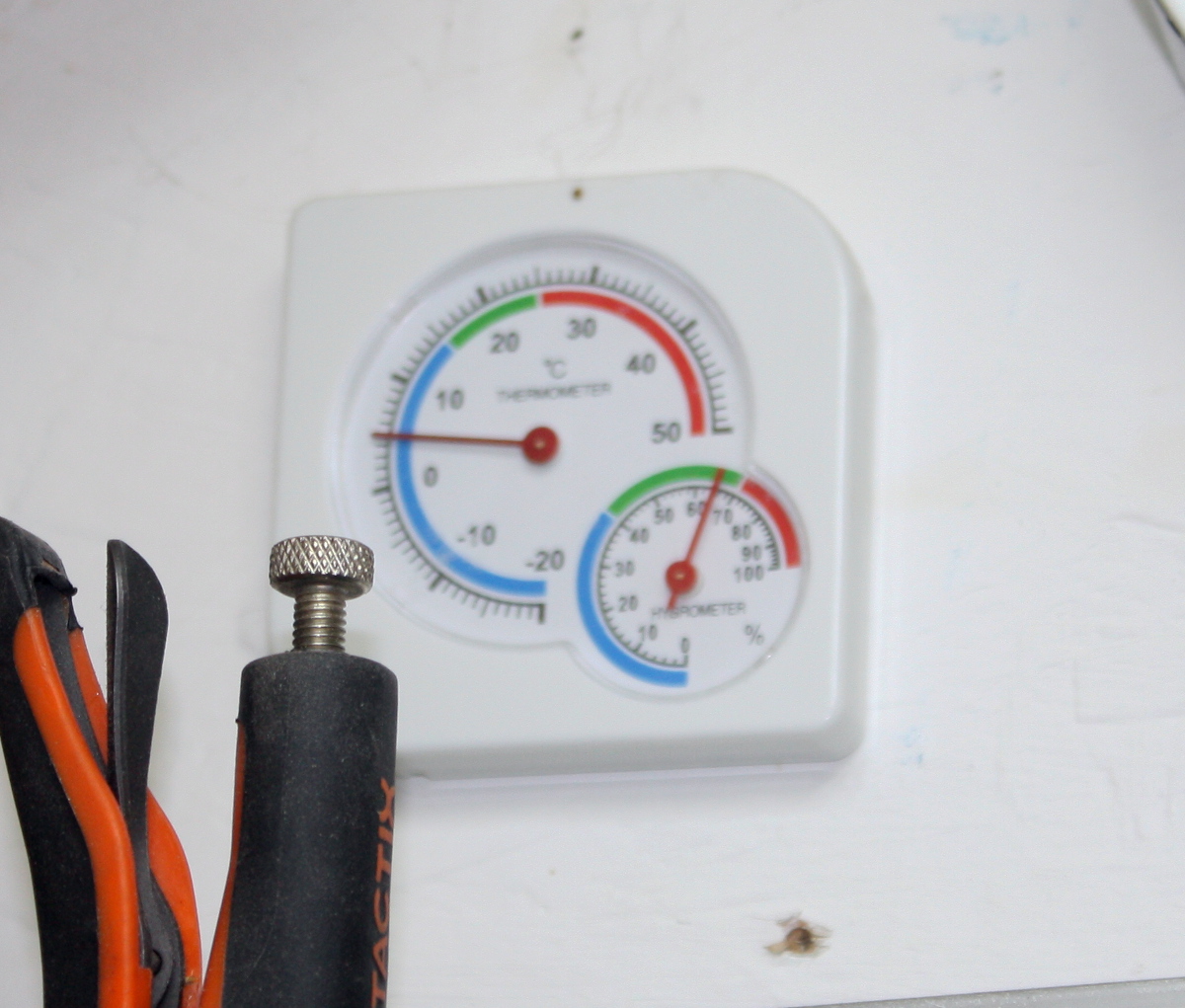 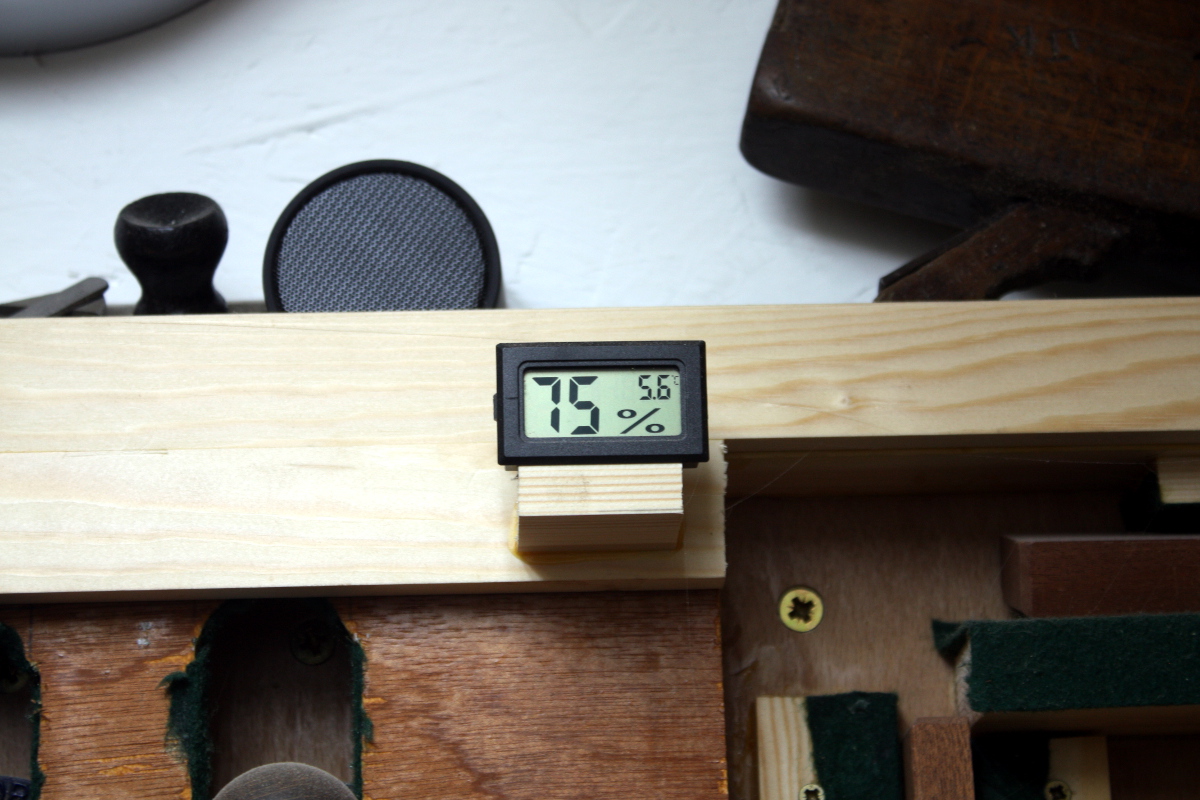 And of course that leaves us with the eternal question, why is it always the show face that chips out? 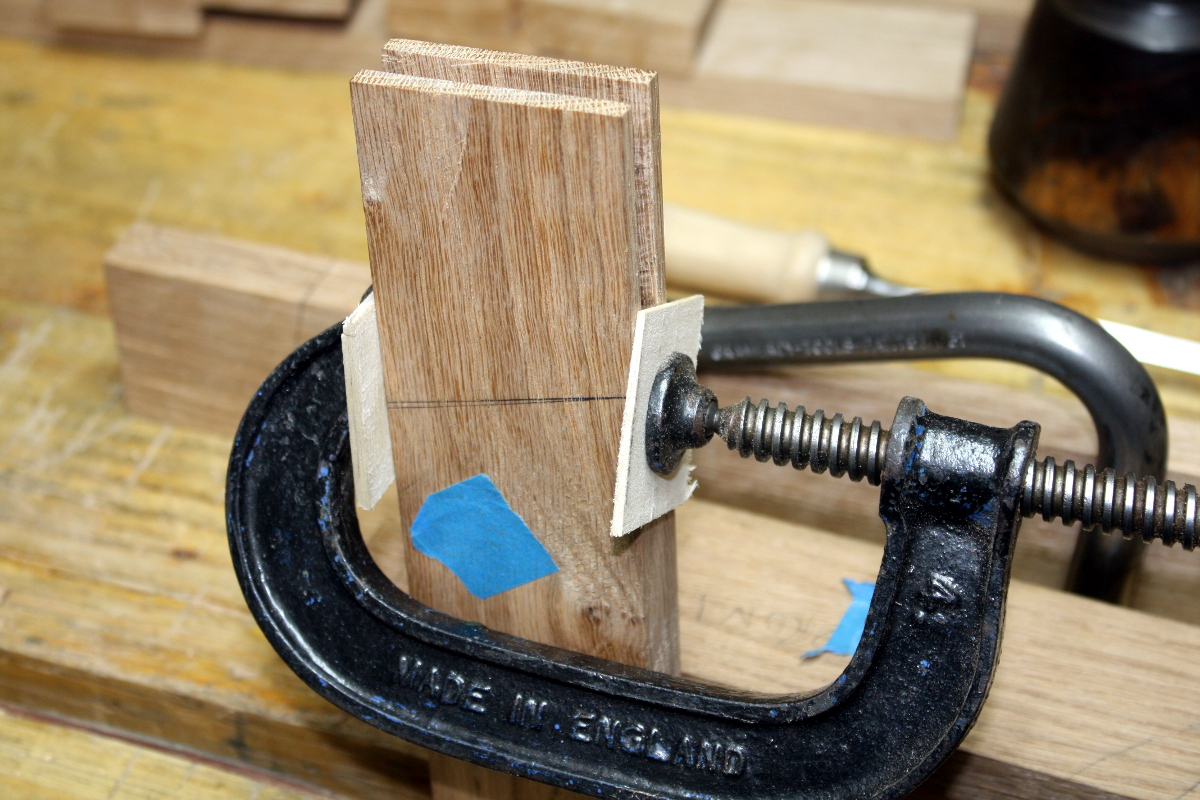 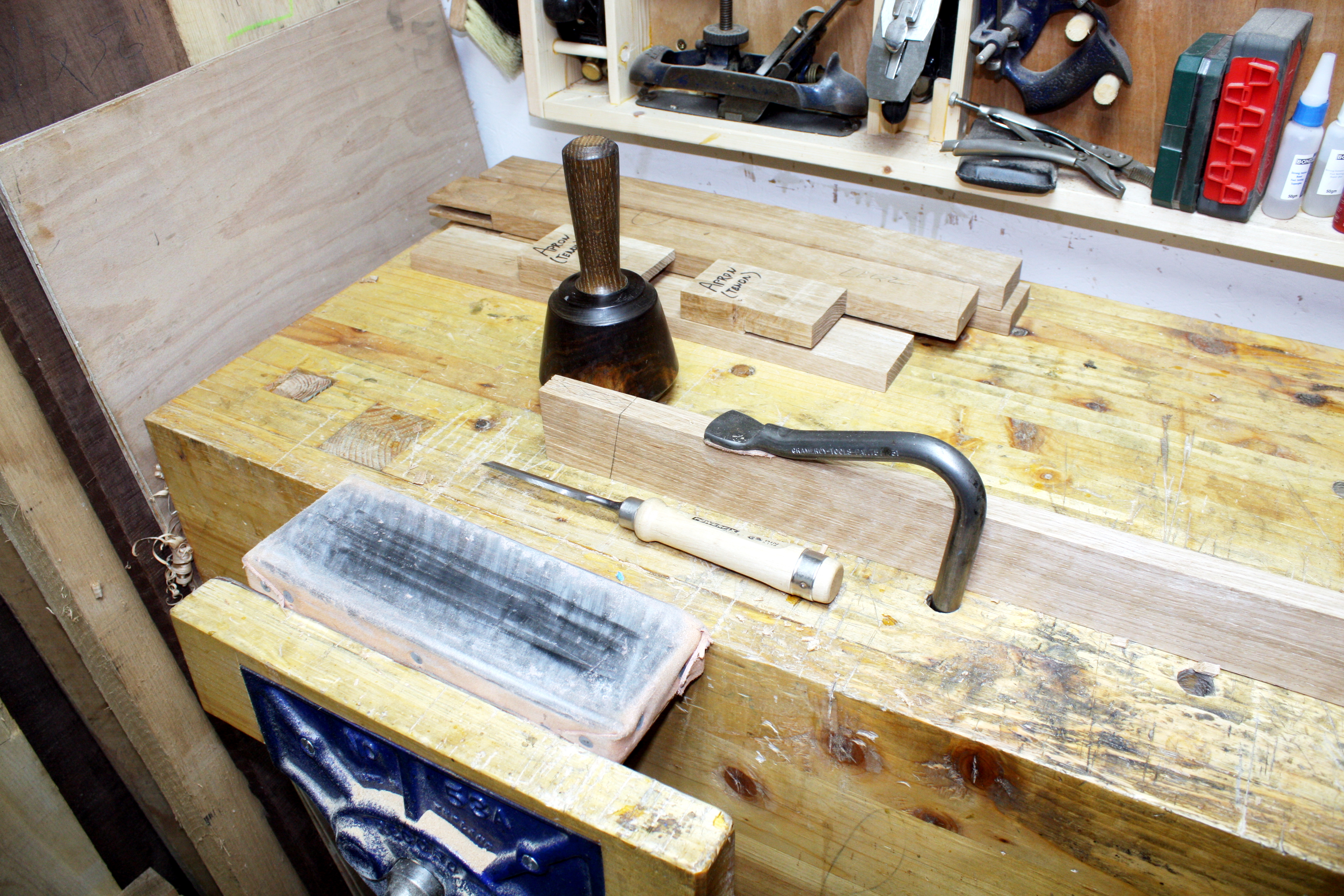 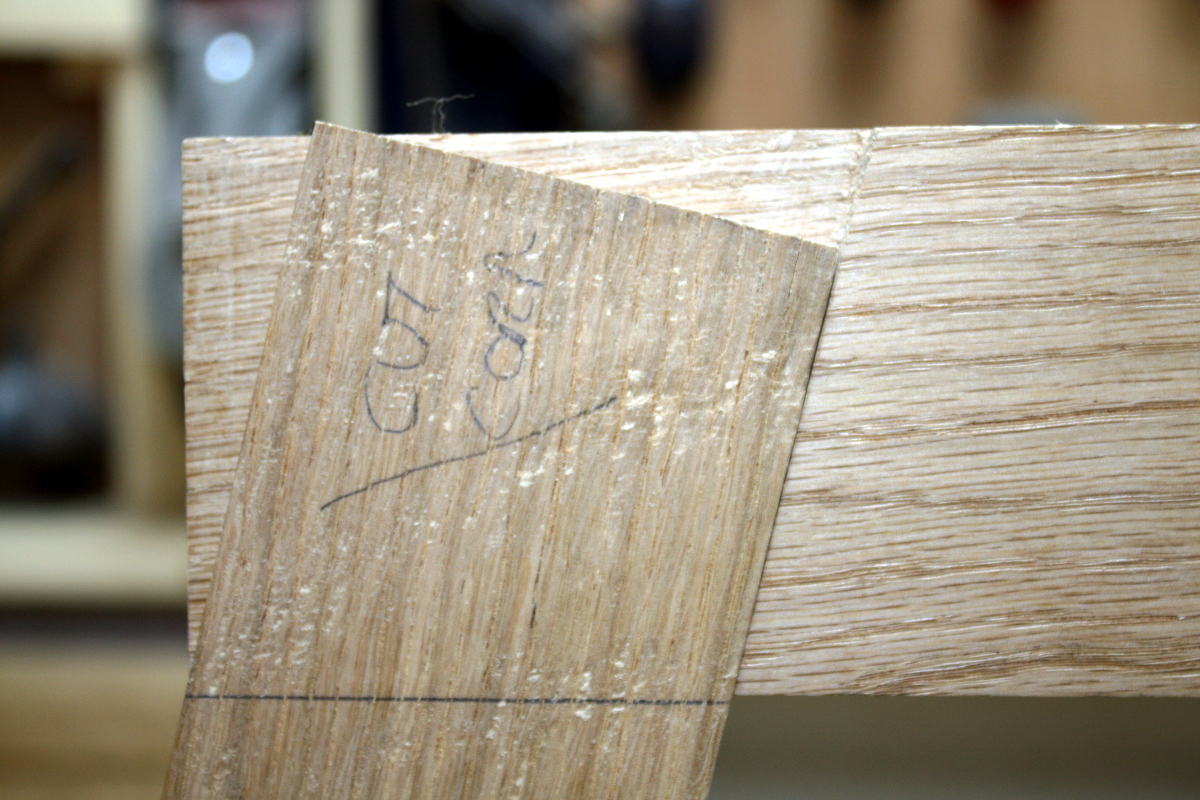 Swear, swear, swear…
And then recut the mortice so the leg comes up above the apron to be trimmed. 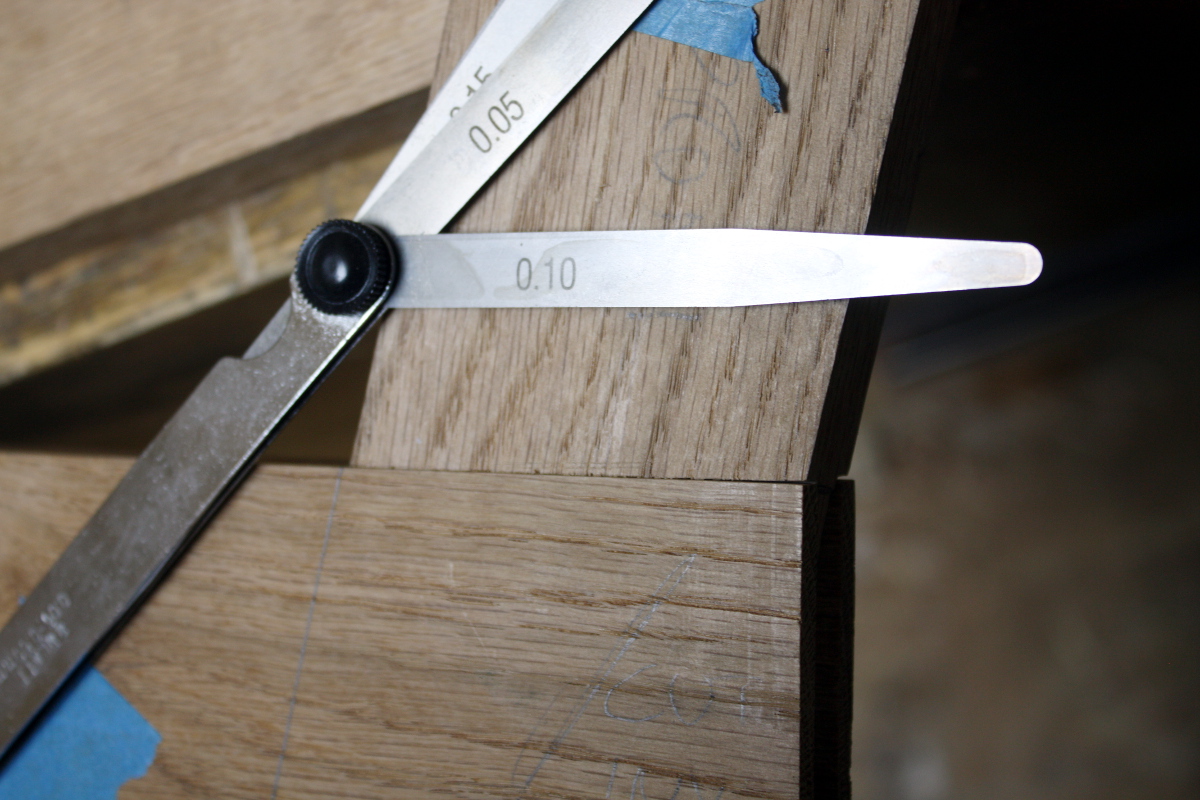 At least the joints are tight enough. I can just about get a 0.10mm feeler gauge into parts of the joints when they’re set; I can’t get the 0.20mm one in. 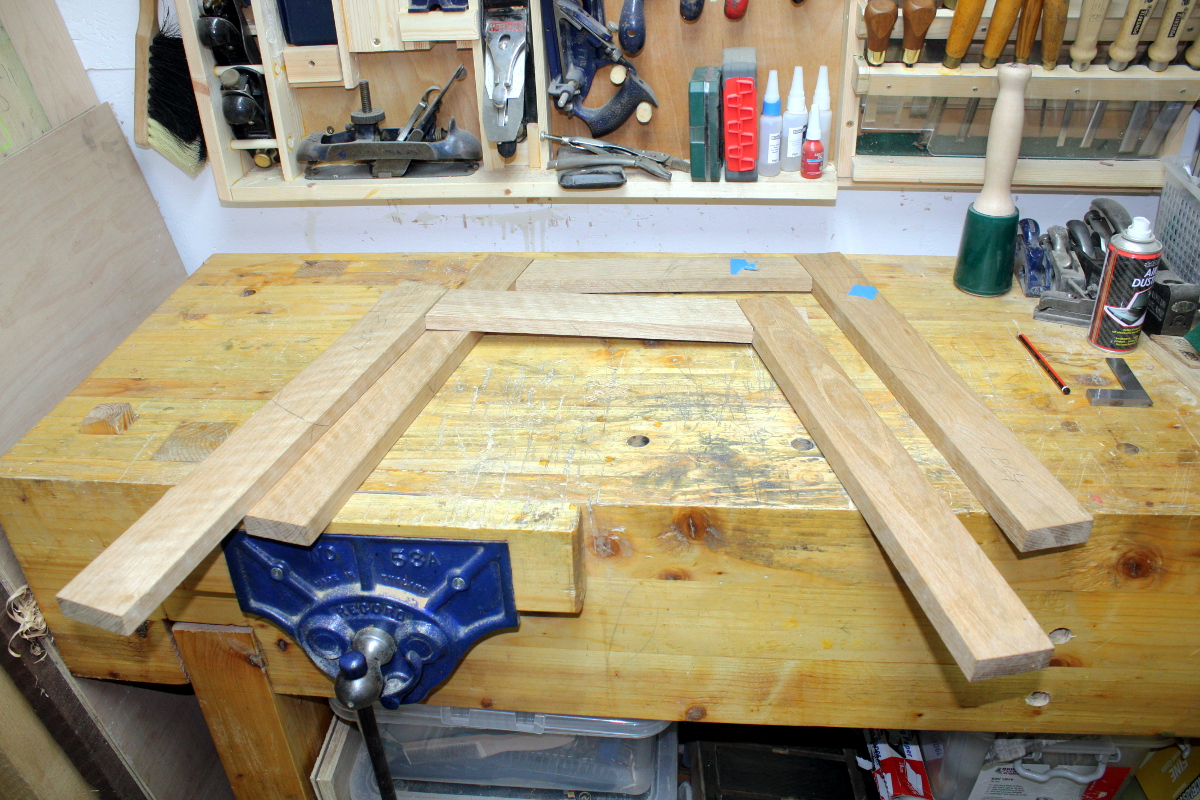 So that’s all the leg joints cut, now, time for the halving joint for the aprons. 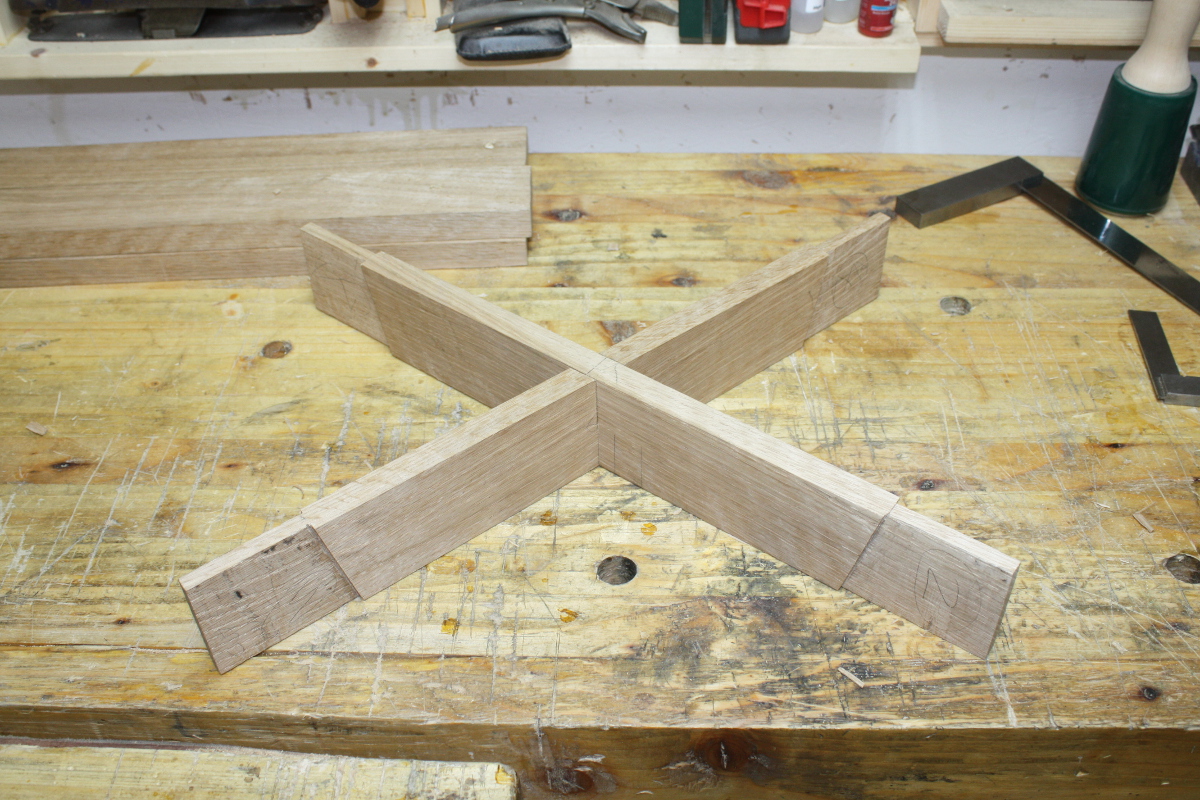 Looks okay, it’s the right way round at least (don’t have legs going up on one side and down on the other…) 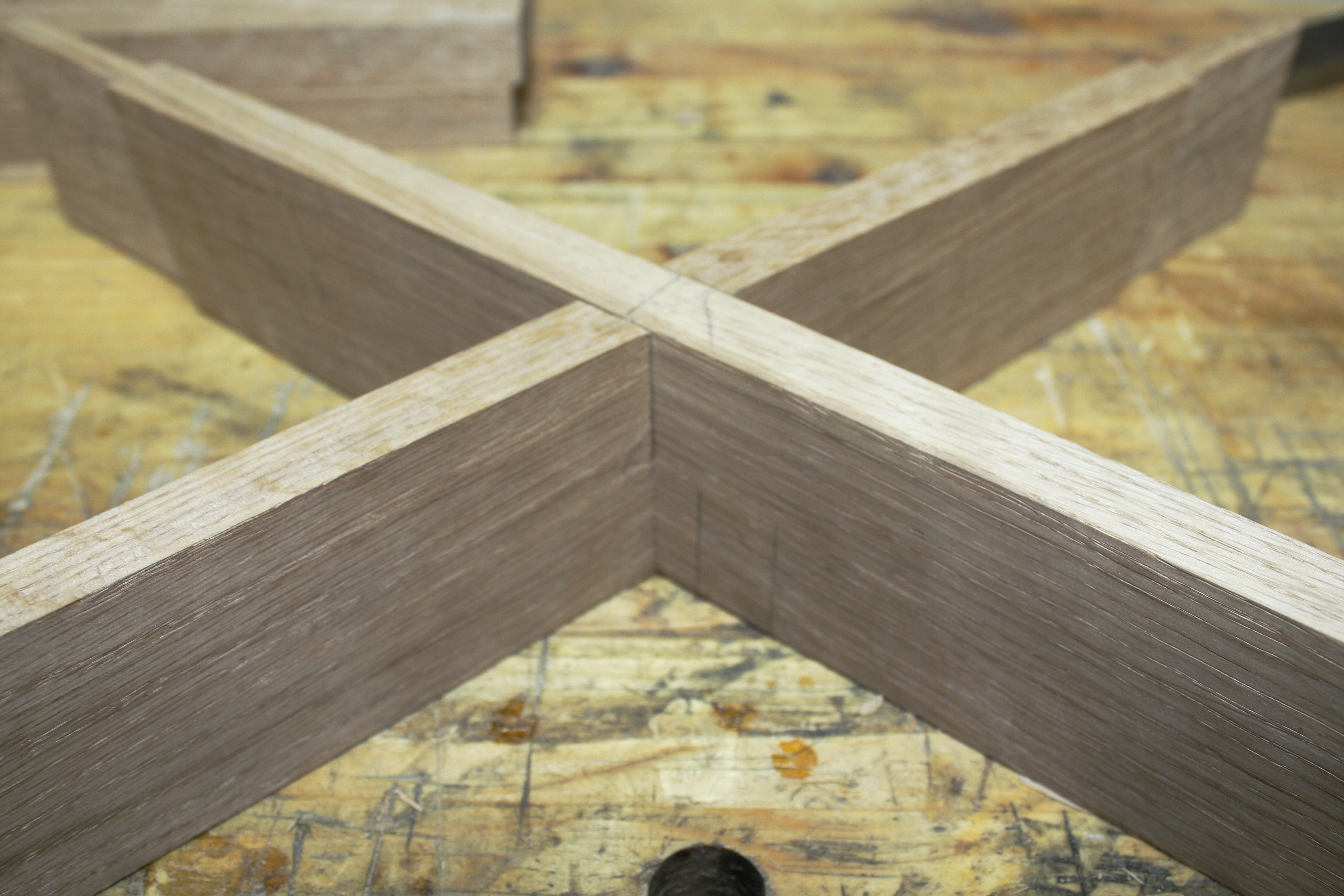 But it’s a bit gappier than I’d like. Still, it won’t be structural, there are bolts going through each apron to anchor the tabletop, and there won’t be stress on the joint as a result. 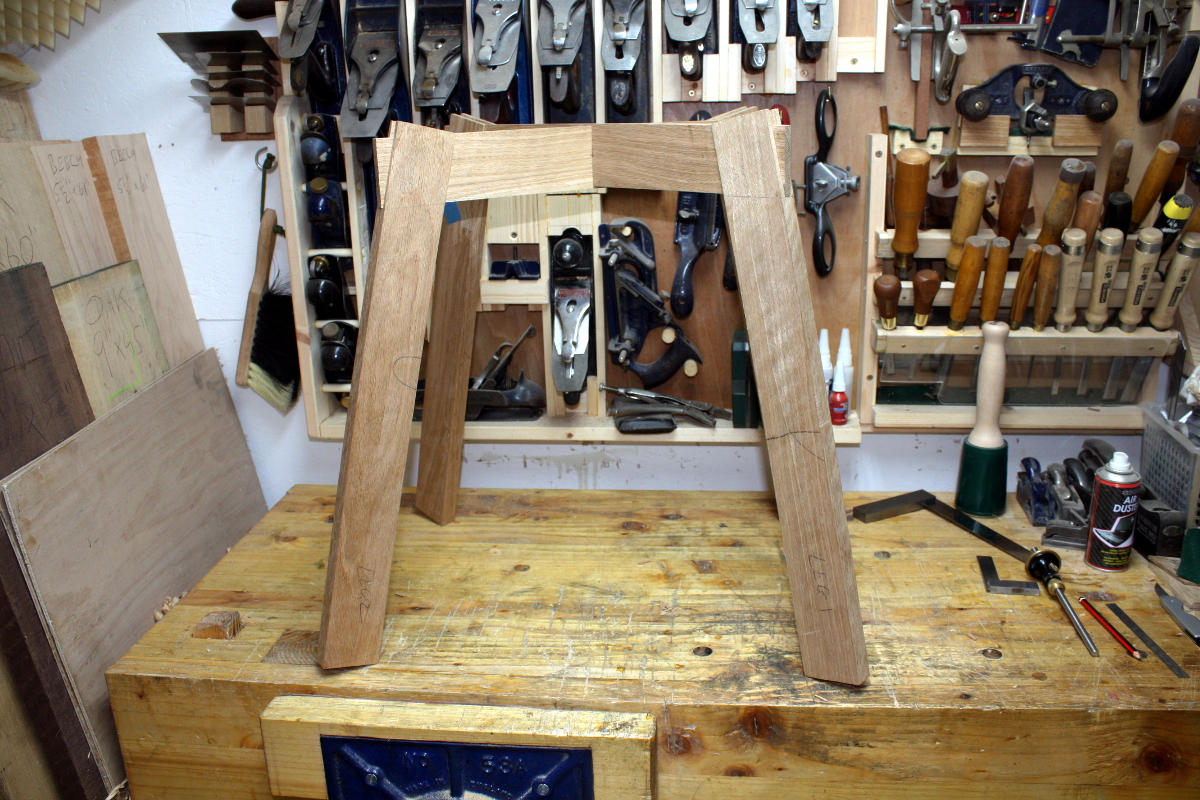 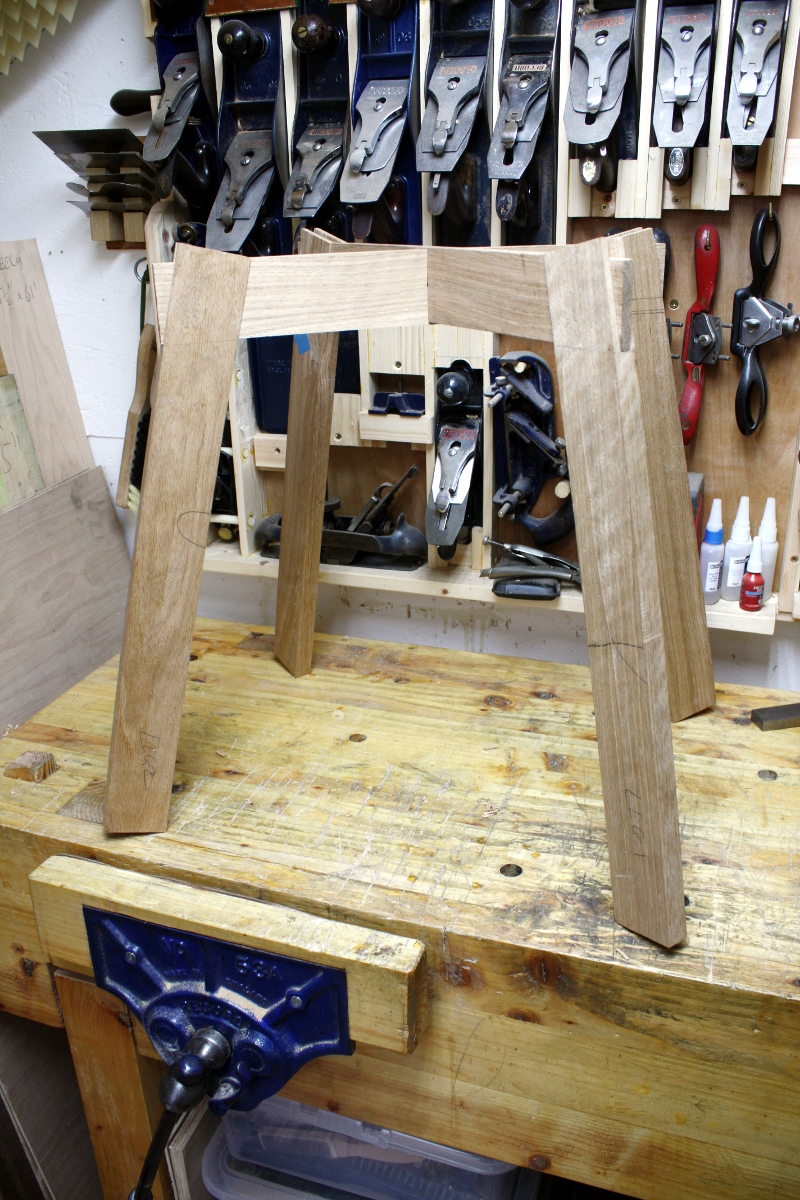 Then a half-hour or so flattening the tabletop with a scrub plane across the grain. That’s such a fun job, it really is…

And then I discovered I don’t have the stainless steel inserts I thought I had and I’ve had to order more because apparently nobody has them in Dublin. Gah. I’ll try the local shops tomorrow but I don’t think walking in will lead to better results. But you have to try. Worst case scenario, I have to wait a week or so and work on another project in the meantime, which is doable. Best case, I find them and the ones on order will do the next one of these (I have the rough-cut bits for more than one of these tables).

This entry was posted on Sunday, November 26th, 2017 at 2235 and is filed under Side Table, Woodworking. You can follow any comments to this entry through the RSS 2.0 feed. You can leave a comment, or trackback from your own site.