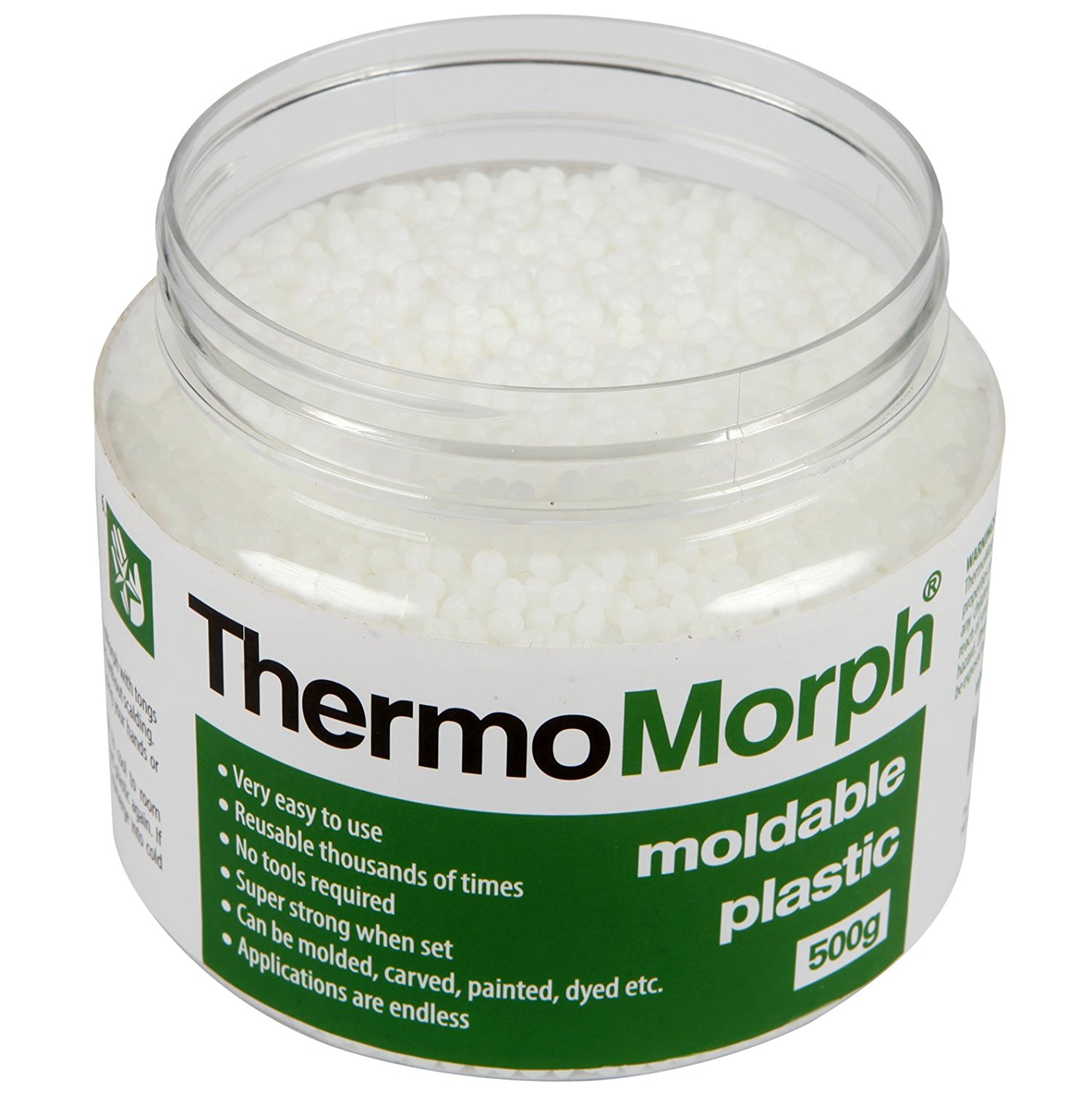 So I came across this goop watching Crimson Guitars recently (I don’t want to build guitars, I just find the woodworking part fascinating while finding the music part kinda meh).

Basically, take this plastic (which comes in little balls like styrofoam packaging), put a few tablespoons into hot water (60C/140F is where the magic happens) and it goes from hard white solid to transparent goop. Fish it out of the water with a spoon, give it a second or two to cool down so you can hold it without third-degree burns to your fingertips, and now you have something similar to mala (or plasticine or playdough or silly putty or whatever you grew up with); only when it cools down, whatever shape it’s in it sets up hard in.

When it’s back to being hard again, it’s a hard white plastic that you can saw, drill, file, tap (no idea how much load it’ll take though) or otherwise work. And when you’re done with it, put it back into hot water and it goes back to transparent goop again and you can reuse it. No idea how many cycles you’ll get from it, but I’m up to three or four so far with no sign of degradation.

So how’s it useful in the shed? Well, I use LED T8s to light the shed. Or more accurately, until last weekend I used one. Then the second one arrived last weekend and now I use two. 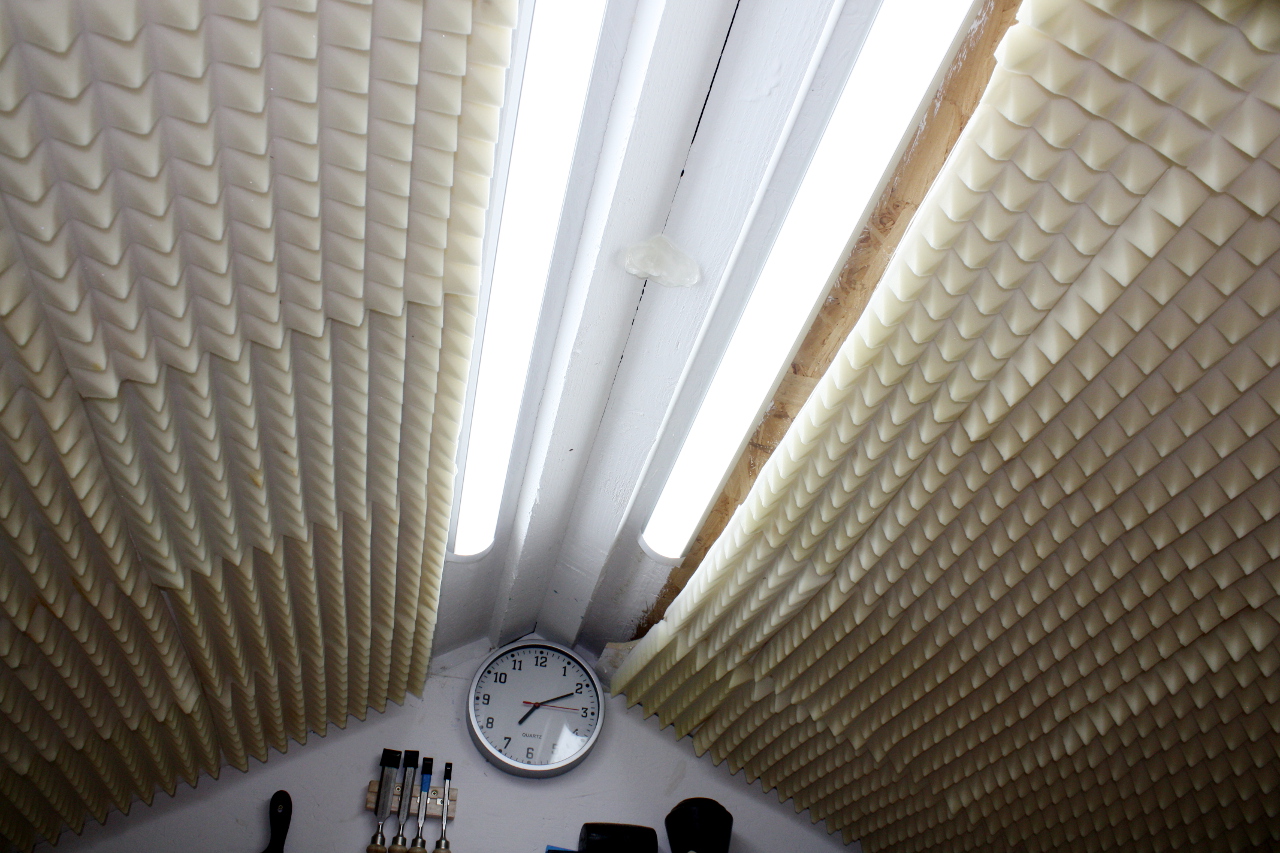 Thing is, when I ordered that second one, I accidentally ordered two of them. So I wanted to fit the third T8 and in between the other two is the only viable place left. But the roof has no handy single flat surface there (if I picked either of the two flats I’d get uneven light distribution and I’d go spare). So I need some blocks cut to the angle of the roof and attached so that I have a horizontal surface to mount the light to.

But I don’t know that angle, it definitely isn’t something nice like 30, 45, 60 or 90. It’ll be 57.423 degrees or whatever hastily-nailed-together-8-by-6 sheds use. So out with a few tablespoons of thermomorph, let it go transparent, cool back to translucent, and then shove a wodge of it into the roof angle (you can see it above in that picture). 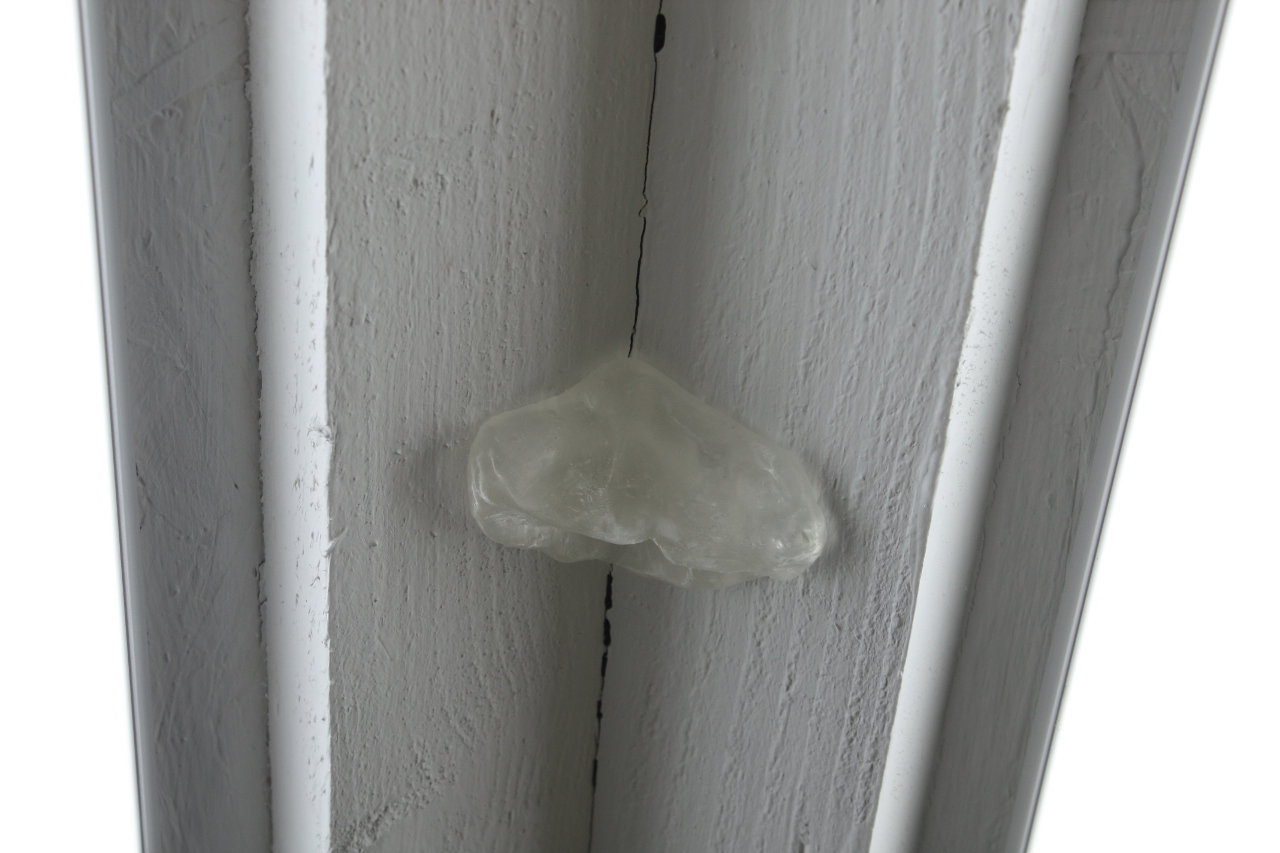 And then when it cools, take it down and let it cool fully to harden fully. 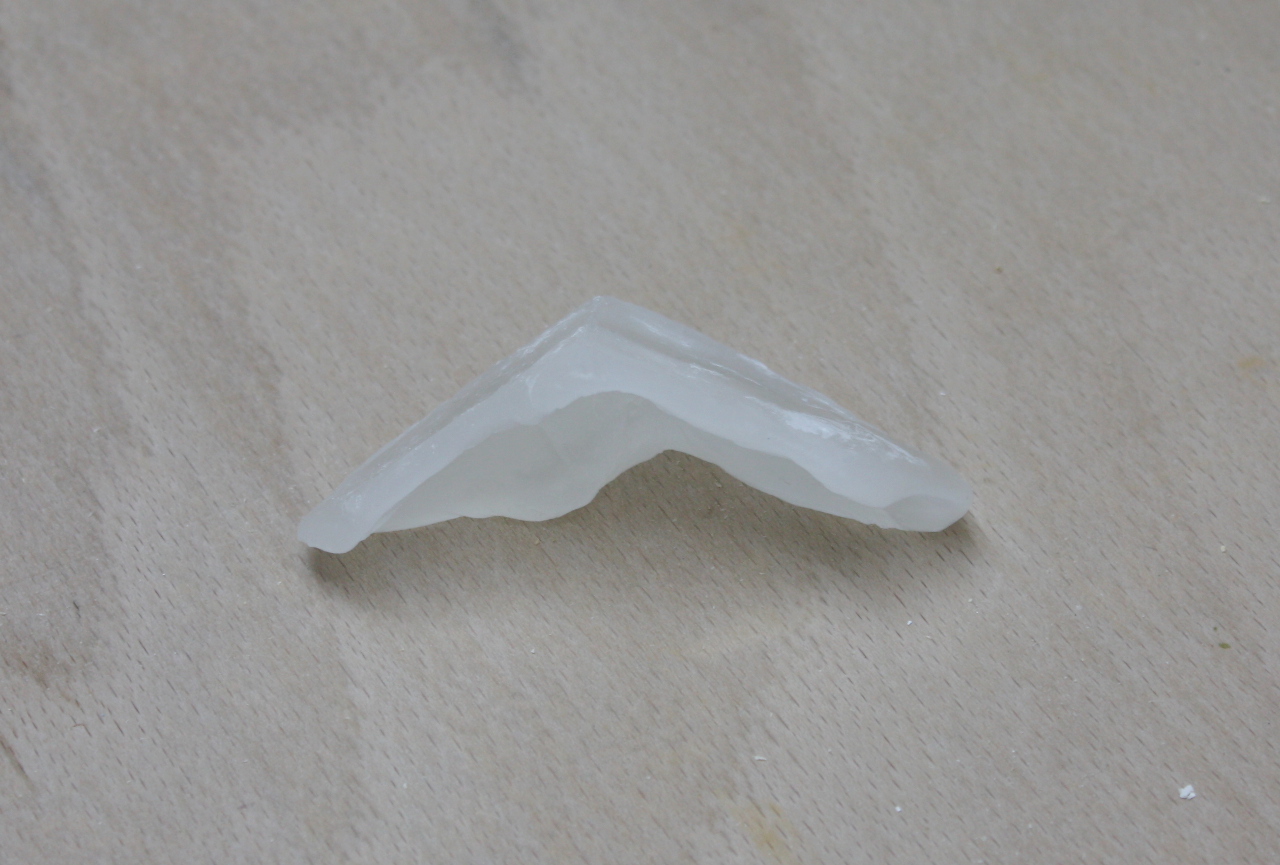 And there’s your angle. Now take your saw and cut it in half so you have a flat face to present to the wood, and mark off the angles. 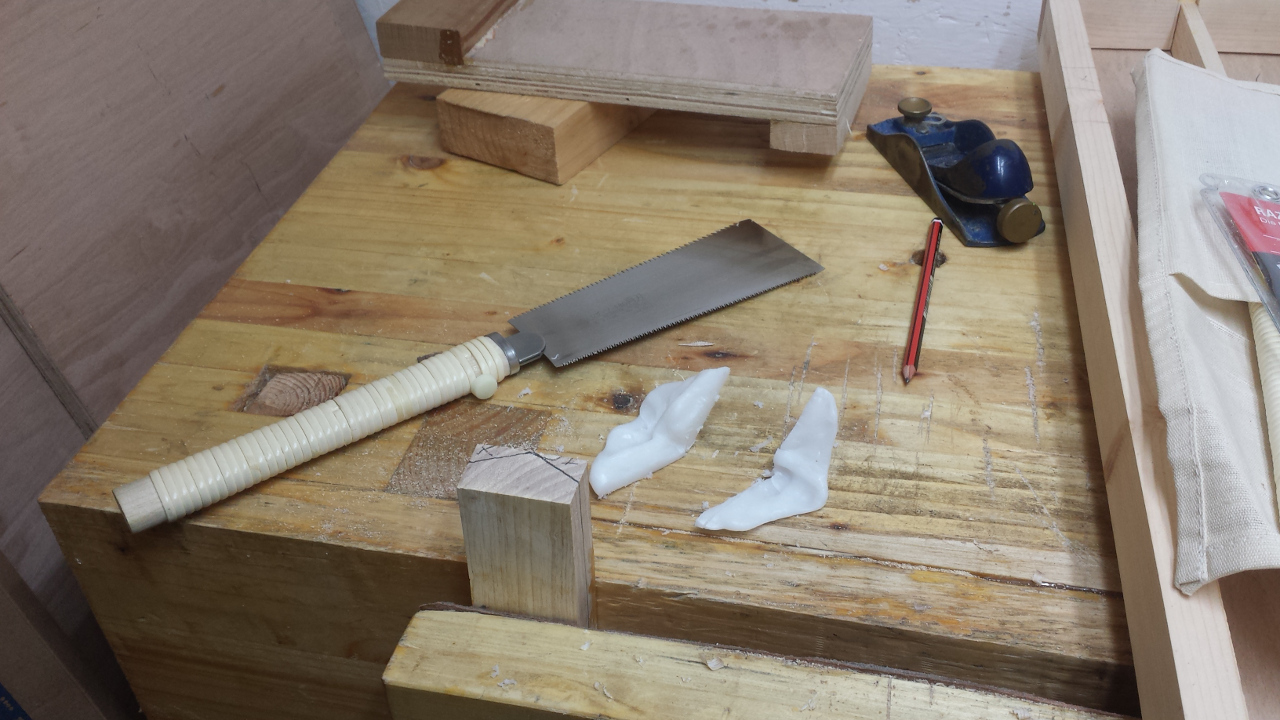 And now you just saw down the lines, then crosscut into two blocks, and start drilling pilot holes for screws and countersinks. 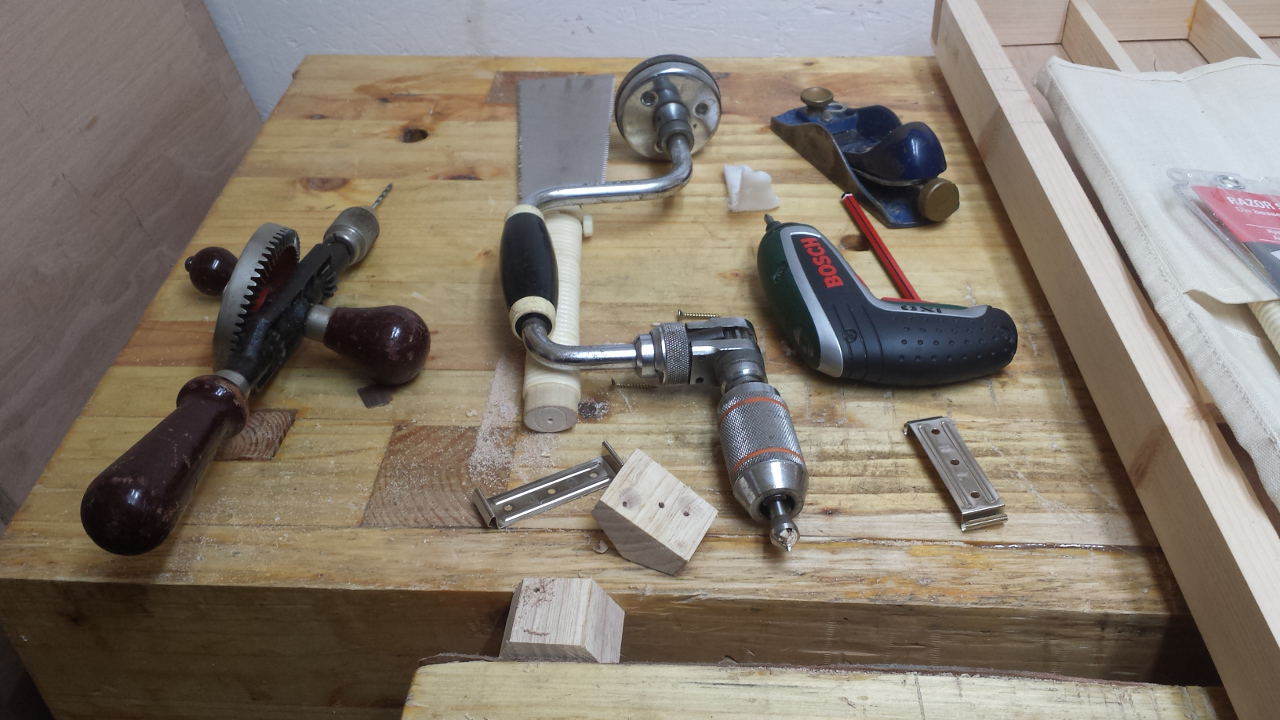 Then screw the blocks to the roof… 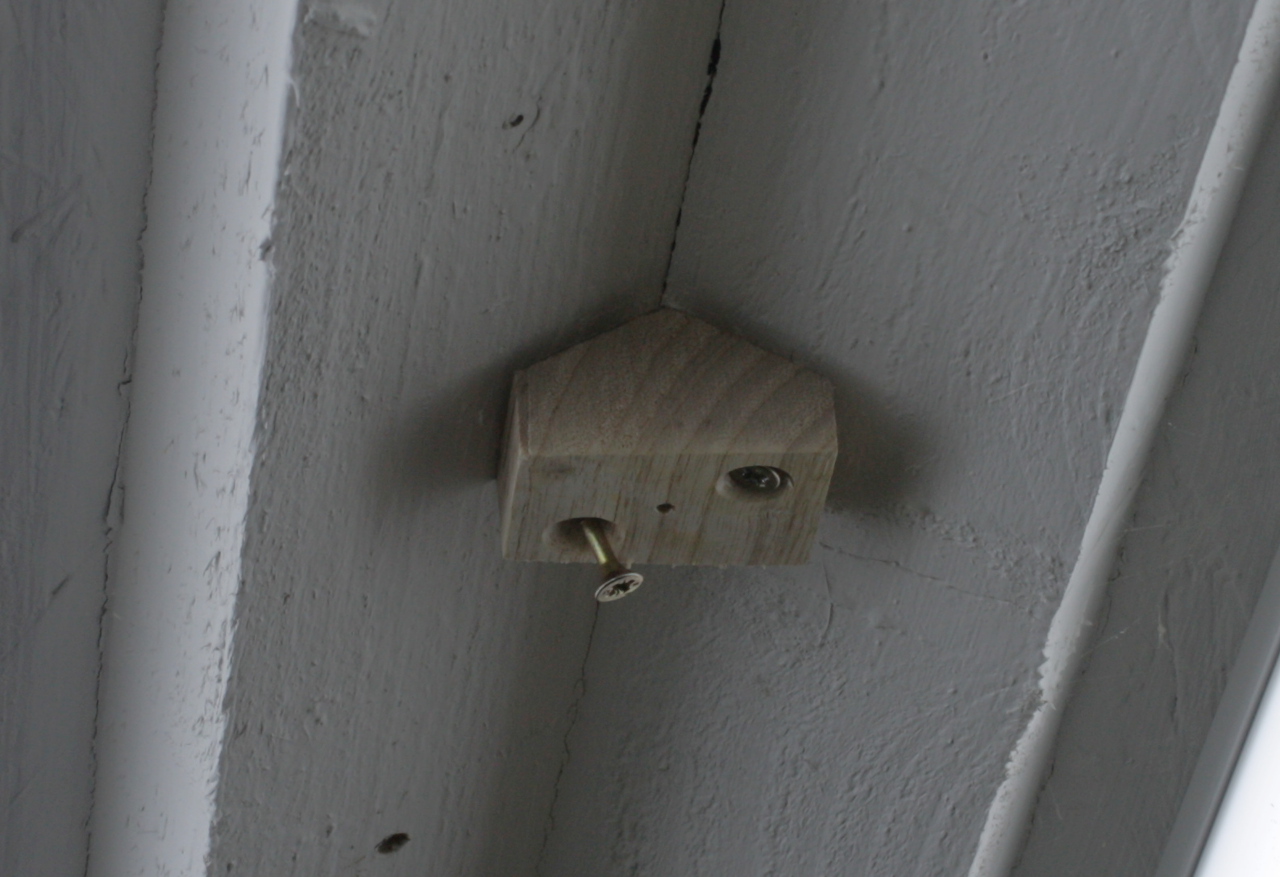 …and the mounting clips to the blocks… 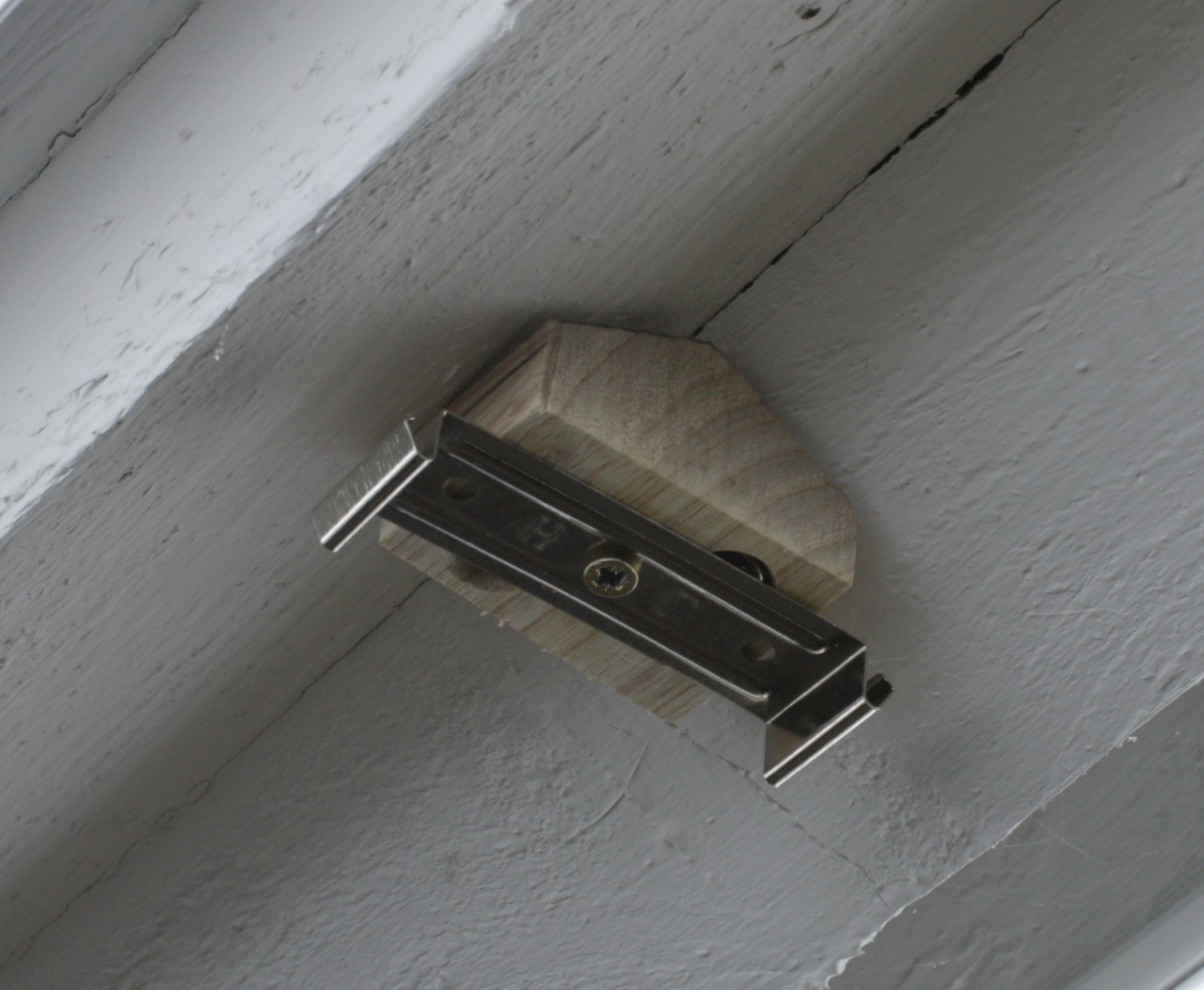 …and then clip the T8 into the clips. 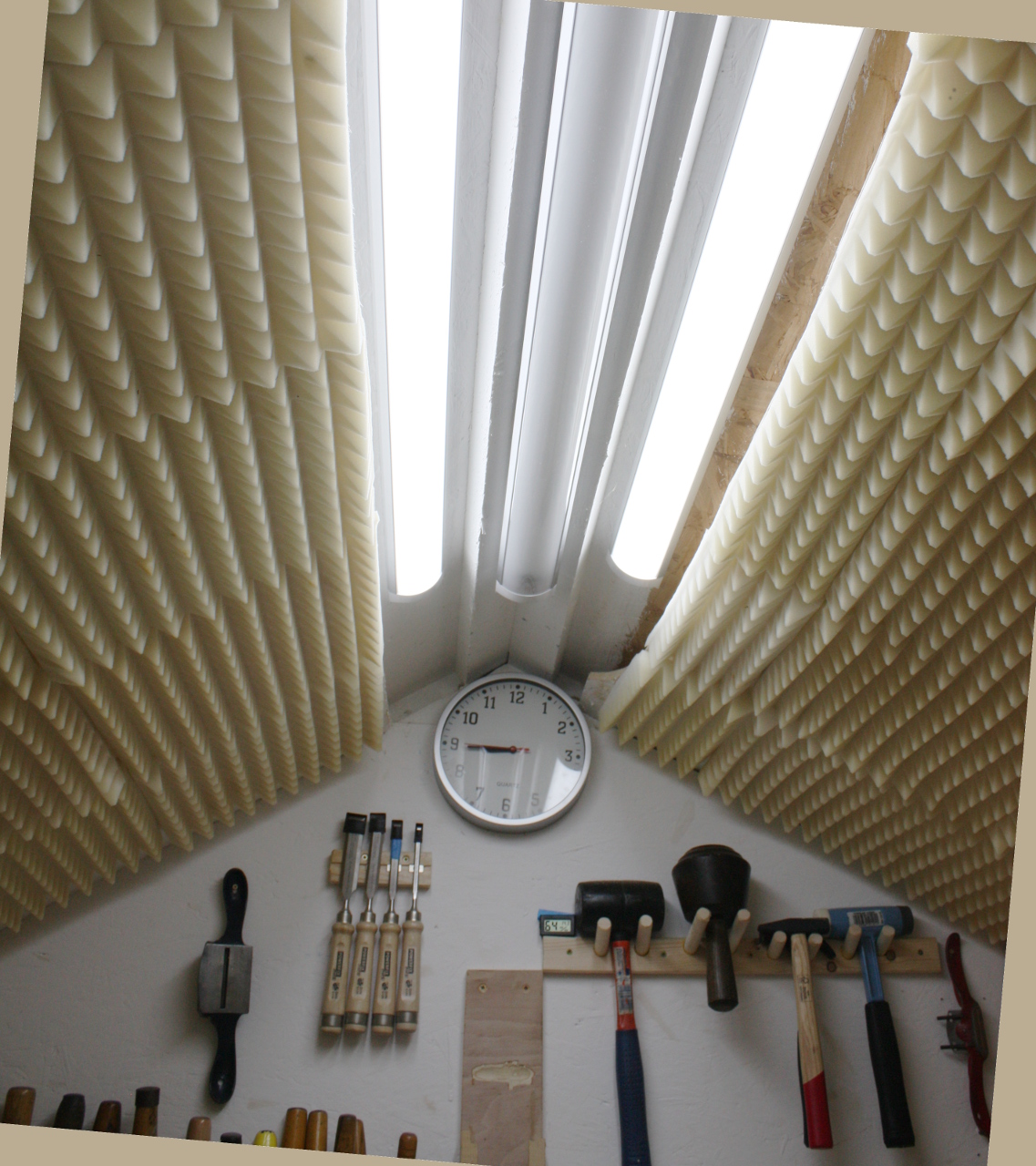 Yeah, you could probably do this with a bevel as well, if you had a small 2-3 inch size one, but the thermomorph can get into small awkward spots a bit better than most bevels. Plus, as Ben Crowe was showing in that video above, you can replicate curves and other odd profiles just as readily as straight line angles.

And you can get different brand names as well (Multimorph, Polymorph and so on) as well as dyes in case you don’t like white, or even food grade versions of the stuff. And near-infinite shelf life too. So definitely some stuff to have handy in the shed from now on.